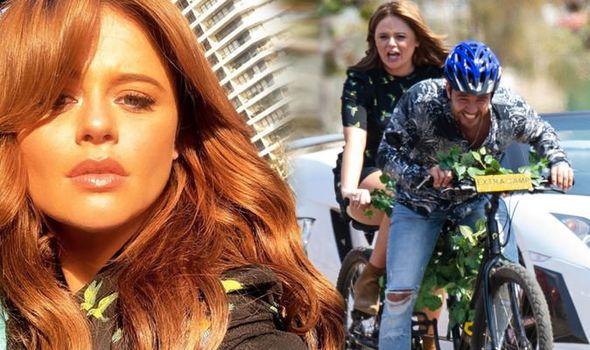 Former I’m A Celebrity… Get Me Out Of Here! contestant Emily Atack, 29, was pictured in Australia today filming scenes for the spin off programme Extra Camp.

The Inbetweeners actress, who was the runner up on last year’s show, returned to the jungle to host the spin off show with 2016 campmates Adam Thomas, 31, Joel Dommett, 33.

Earlier today, Emily was pictured riding a bicycle with her co-presenter Adam for scenes which will air when the series kicks off at the weekend.

She put on a leggy display in a black mini dress, with hummingbird motif, and a pair of brown ankle boots.

Emily, who had blonde hair when she appeared on the show in 2018, is now sporting beautiful auburn locks.

Wearing her stylish tresses in curls over her shoulders, she was snapped on the back on a bike while filming the opening show.

The ex campmate also shared a selfie online, showing her basking in the Gold Coast sunshine in front of a high-rise building, which she captioned: “Big building, big head”.

Instagram users headed to the comments section of the picture to pay the star compliments. 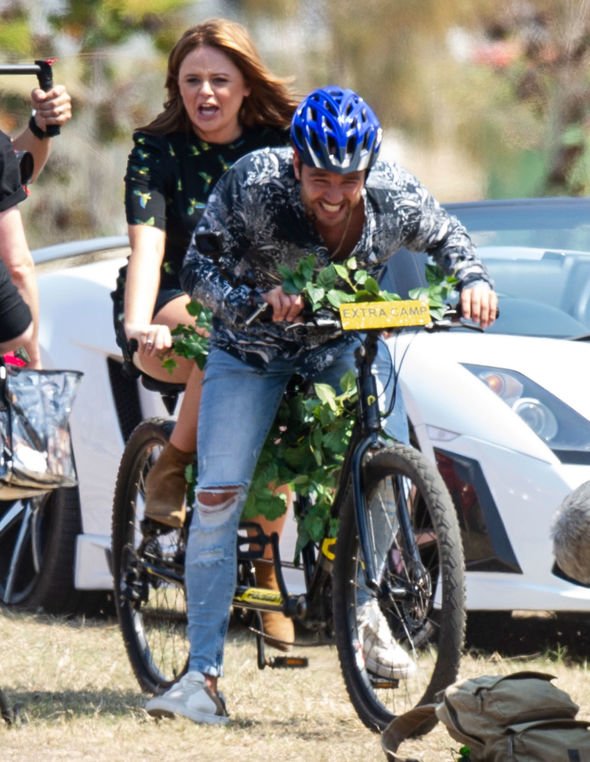 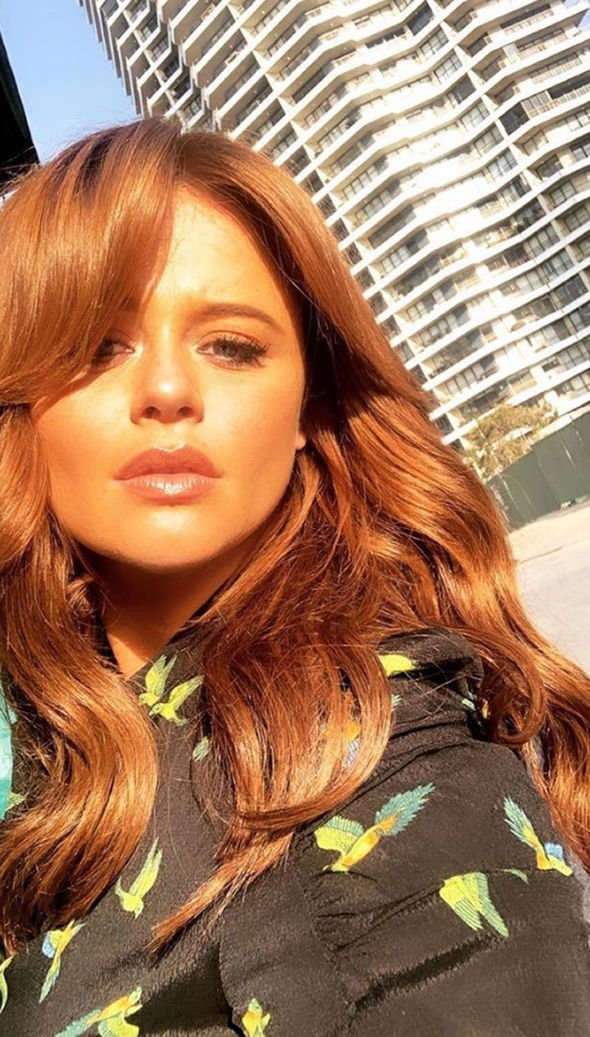 Drawing attention to her new hair do, her stylist added: “Hello the Hur”.

Another user, who also appeared to be a fan of her new look, said: “This hair colour on you is [perfect emoji]”. 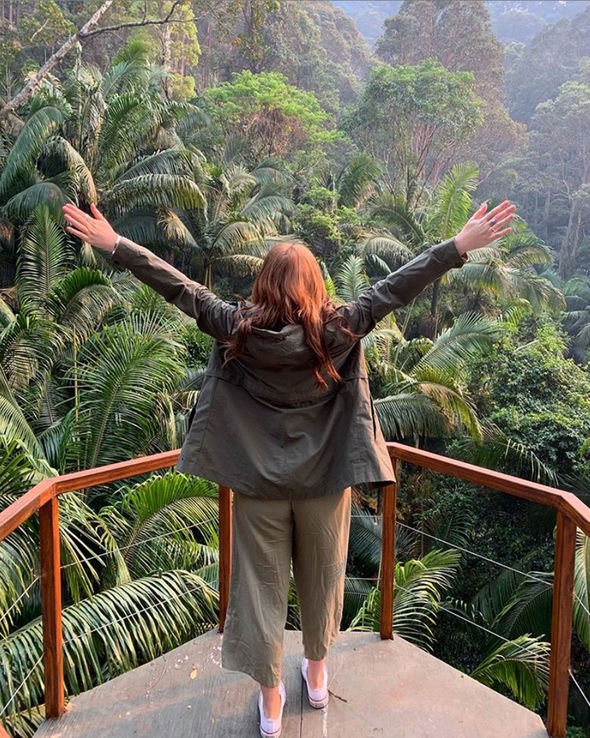 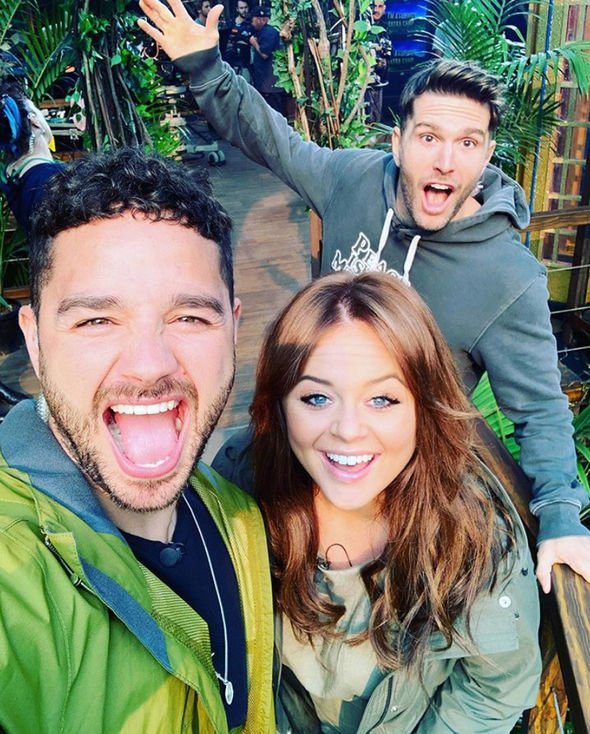 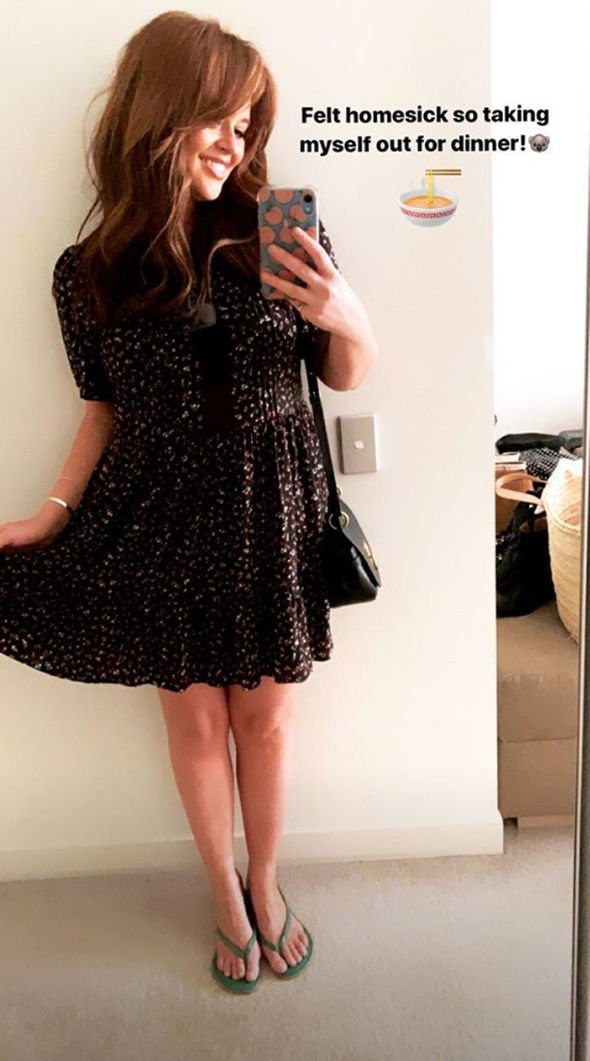 Documenting her trip on social media, the television personality revealed she was feeling homesick yesterday.

Sharing a picture on her Instagram Stories with her 1.6 million followers before heading out to dinner, she wrote: “Felt homesick so taking myself out to dinner!”

In the image, Emily can be seen snapping a selfie in the mirror in a black summer dress and flip flops.