After announcing her pregnancy in late October, Emily Ratajkowski has been flaunting her baby bump.

The 29-year-old model has traded in taut tummy snaps for maternity content as she continues to document her changing body.

Taking to Instagram on Friday, Ratajkowski put on yet another display for the camera as she showed off her belly in a body-clinging tie dye dress. 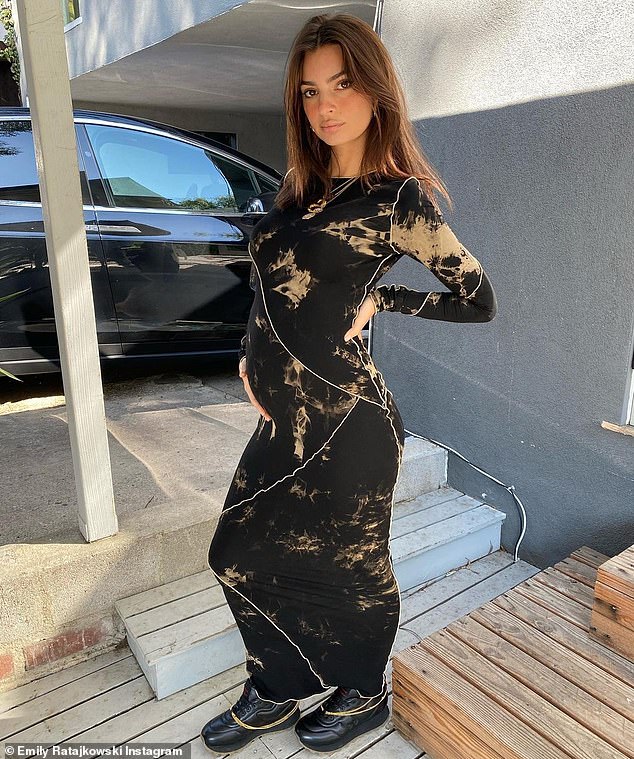 ‘Bumpin’: Emily Ratajkowski, 29, is ‘bumpin,’ as she flaunts her growing belly in a form fitting tie dye dress. The model has traded in taut tummy snaps for maternity content as she documents her changing body

In the snaps the Inamorata designer cradles her burgeoning bump in a black floor length tie dye dress.

Opting for comfort, she sported a pair of black sneakers with gold trimming as she spent the day on her feet.

She wore her brown locks down with a light face of makeup as she pursed her pillowy lips for the camera. 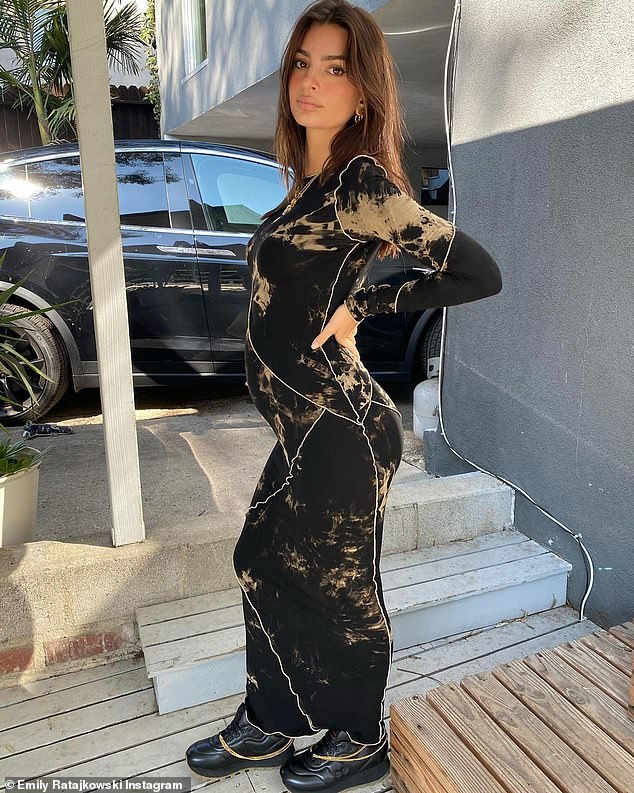 Flaunt it: The Inamorata designer showed off her burgeoning bump in the tight dress, highlighting her slim legs 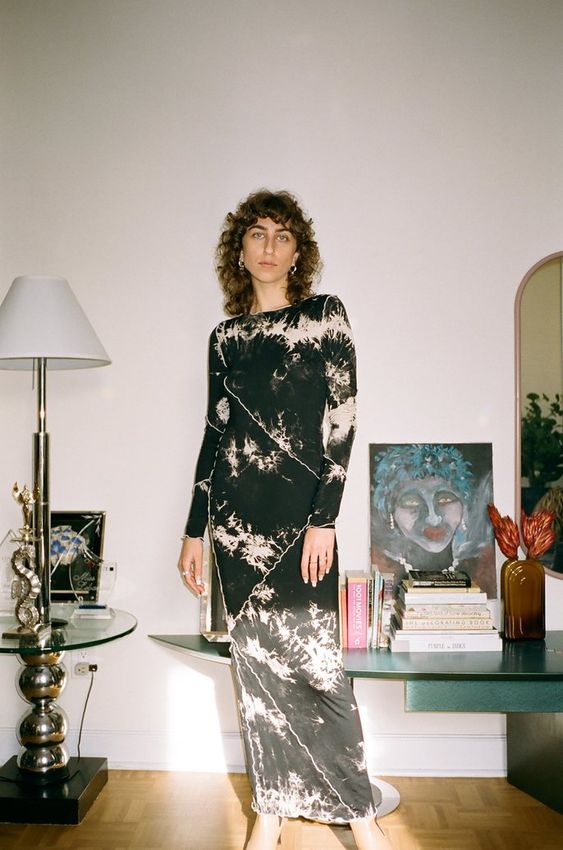 She captioned the photo series ‘Bumpin,’ as she posed up a storm outside her Echo Park house.

Recently Emily and her producer husband Sebastian Bear McClard, 39, made the jump from their NYC loft to their Los Angeles pad for a few weeks.

The duo who have been married since February 2018 are expecting their first child together, despite already sharing their fur baby Colombo. 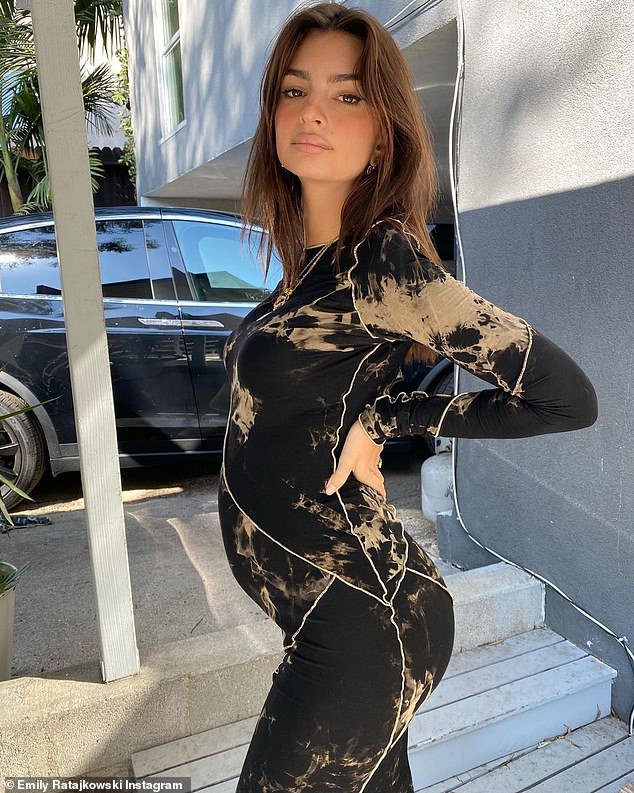 LA chillin: EmRata and her husband Sebastian recently left NYC to spend a few weeks at their Echo Park pad as her belly continues to grow

Following weeks of speculation after she was photographed in uncharacteristically baggy clothes, EmRata announced her pregnancy with a Vogue cover shoot.

In an accompanying video that was directed by good pal and Girls creator Lena Dunham, the model pondered her child as she asked ‘Who will this person be? What kind of person will we become parents to?’

She continued to open up about the notion of gender as she said, ‘We like to respond that we won’t know the gender until our child is 18 and that they’ll let us know then.’ 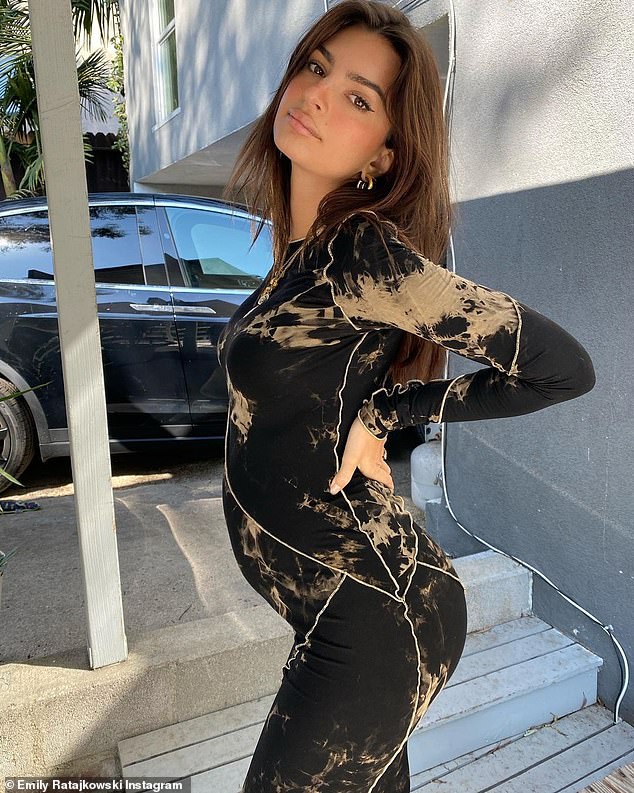 Big reveal: Following weeks of speculation after she was photographed in uncharacteristically baggy clothes, EmRata announced her pregnancy with a Vogue cover shoot 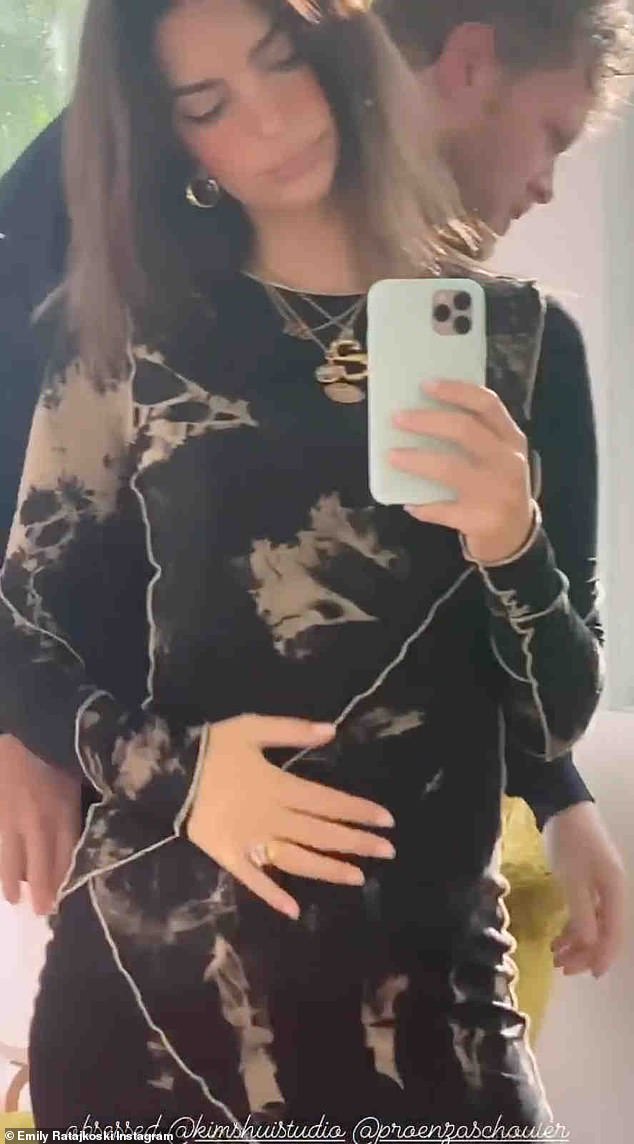 Support: She was also accompanied by her husband Sebastian 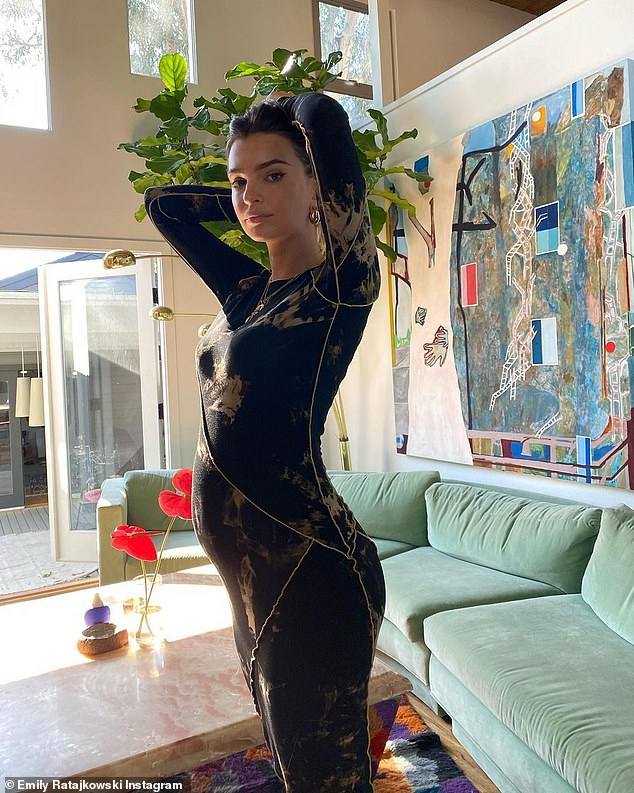 Stretch: The actress got in a number of different poses in her many posts

Bump: The pregnant model looked stunning in the series of snaps

Ratajkowski continued to say that she always imagined as a young girl that she would have a daughter before becoming more progressive in her thoughts later in life.

‘I’m not sure that I even know that I want a girl. I guess I’d just never really thought about having a boy before,’ she said, adding that she fears her daughter will grow up with ‘a lot of pressure,’ having a model mom.

Her husband seconded the notion as he told her, ‘I do worry a girl will have a lot to live up to as your daughter.’ 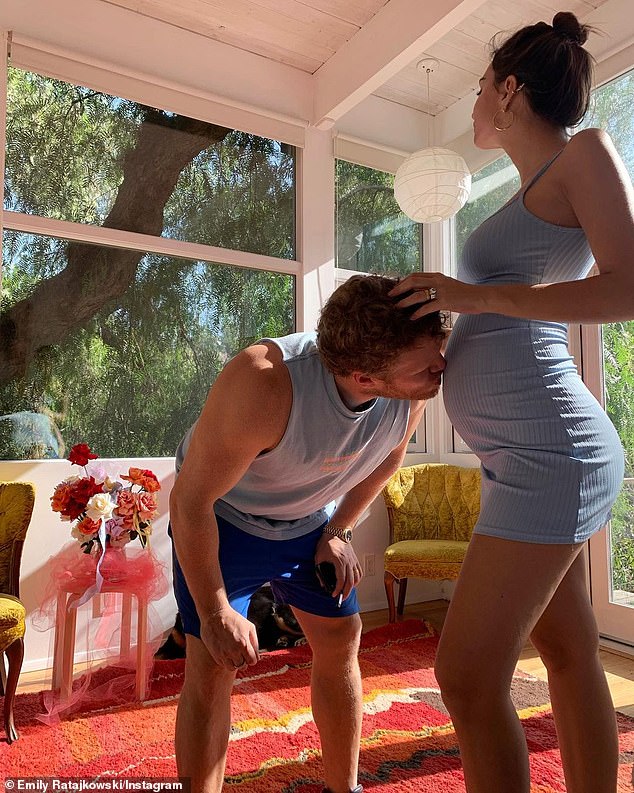 Parents to be: In talking about gender, Emily revealed that she and McClard had discussed the pressure her child may feel if it were to be a girl because of having a model mom; pictured last week

First catapulting to fame in Robin Thicke’s Blurred Lines music video where she danced around topless, the model’s view on her body and sexuality have done a 360.

Pegged as a sex symbol at the age of 22, her acting ambitions were slightly de-railed despite landing a role in 2014’s Gone Girl.

Now coming out with a book of essays titled My Body, the self-proclaimed feminist has taken the reins on her own image as she grapples with a career founded in hypersexualization. 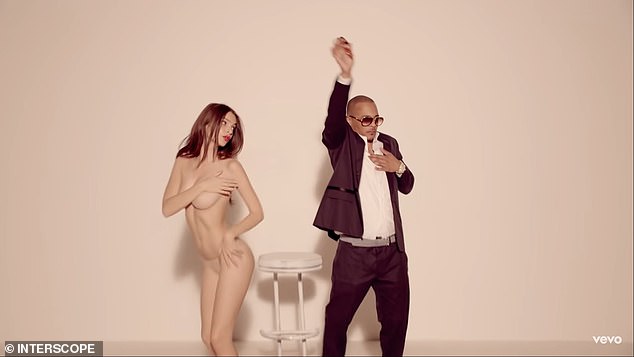 Big break: She first shot to fame in the Blurred Lines video where she danced around topless, being immediately pegged as a sex symbol based on her enviable physique; pictured 2013