Julianne Hough took the internet on a confusing journey after a video of her new favorite physical therapy treatment went viral — and even her brother, Derek Hough, had some major questions.

The ballroom pro, 34, had some hesitations about the strange way his sister learned to tap into her “energetic intelligence” at first, but he admitted that he’s fully on board after attempting it once himself.

“Honestly, I was like, ‘I’m out of here. Peace out,’ when I first saw it. I was like, ‘This is bizarre. It looks like The Exorcist,” Derek told Us Weekly exclusively at the Spotify Best New Artist 2020 Party in Los Angeles on Thursday, January 23. “Then when you experience it, it’s undeniable. It’s just undeniable. Energy … It’s really all it is.” 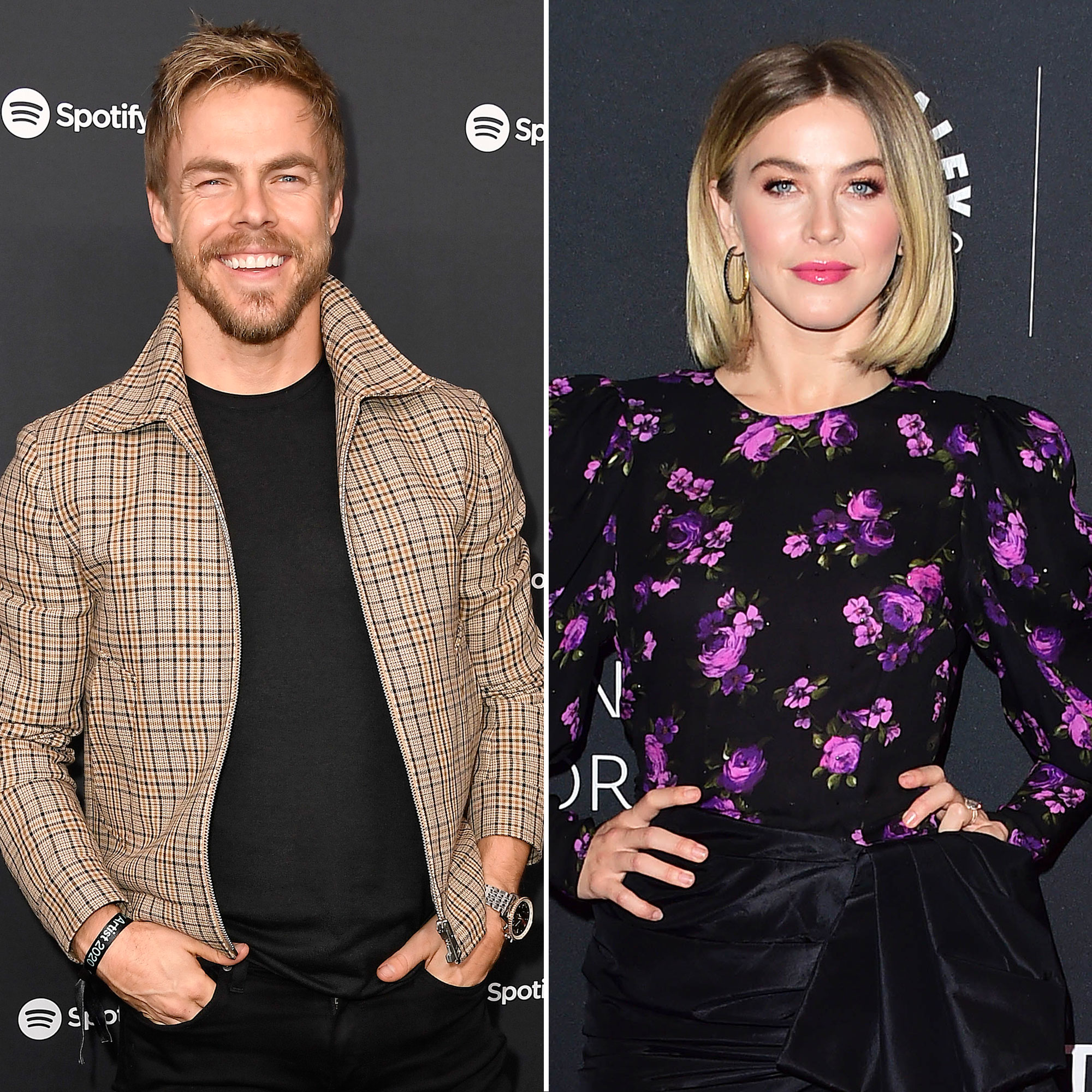 Earlier that day, “Bitch Bible” podcast host Jackie Schimmel Haas posted an Instagram video of Julianne demonstrating how she releases negative energy and tension from her body through movement. The 31-year-old Dancing With the Stars alum was leading a panel with holistic health guru Dr. John Amaral at the World Economic Forum in Davos, Switzerland, on Wednesday, January 22.

“Gonna tell my kids this is The Exorcist,” the podcaster captioned the video, which showed Julianne contorting her body as the doctor floated his hands above her body. The Footloose actress moved her body like a wave and let out a loud scream as the process continued.

Before she took her place on the massage table in front of the Davos audience, Julianne explained that she felt “so much more liberated on the inside” since discovering the treatment.

Though her brother was once skeptical of the energy therapy himself, Derek encouraged Instagram users not to knock the unconventional process until they’d tried it themselves.

“This stuff looks wacky and crazy, but diving into it with the understanding of pure energy is a pretty wild experience,” the World of Dance judge commented on the video. “Maybe ahead of its time, but worth an open mind.”

Julianne, for her part, wasn’t thrown by the hundreds of confused responses comparing her viral video to a horror film.

“I thought the same thing when I first saw it too!” she commented on the podcast host’s post with a laughing emoji.