Faith Hill reveals she had to let her ARMPIT HAIR grow out for role on Yellowstone – so she would look more authentic to the 1883 time period: ‘It really grossed me out’

Faith Hill has learned the hard way that acting in a Western series is not so glamorous.

The 1883 star, 54,  said she was asked by show creator Taylor Sheridan, 52, to stop shaving her armpits in order for her character, Margaret Dutton, to appear in line with the time period in the much praised Paramount series.

Faith and her husband, Tim McGraw, 55, played a married couple in the gritty Yellowstone origin story who plan to travel from their native Tennessee to the Oregon coast with their teenage daughter, Elsa, played by Isabel May, 21, and their young son, John, portrayed by Audie Rick, six. 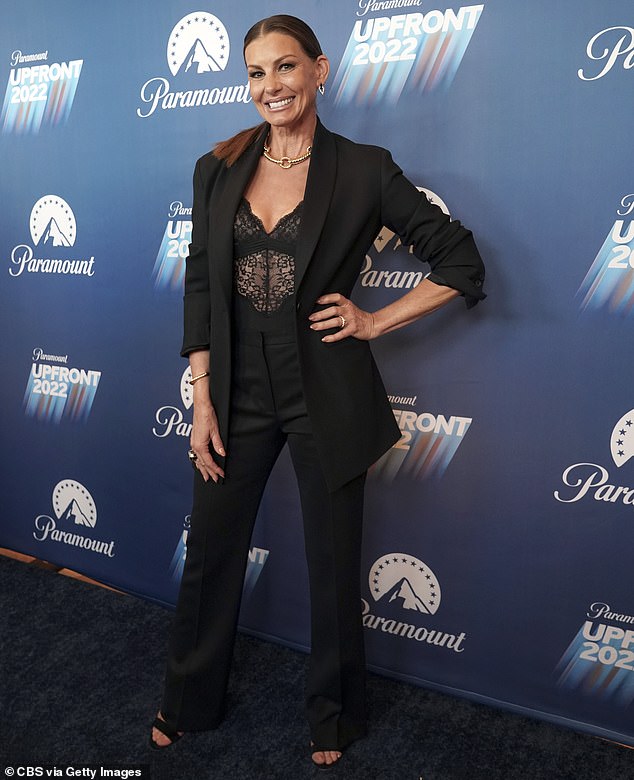 Request:  Faith Hill, 54, said she was asked by 1883 show creator Taylor Sheridan, 52 to stop shaving her armpits for her role in the Yellowstone prequel 1883; seen inMay

The revelation came during a Variety Actors on Actors discussion between Courteney Cox, 58, and the Grammy winner, 54, when the Shining Vale star asked if Faith had received a request to take that step out of her grooming routine.

The This Kiss singer disclosed the show creator did not make the request directly to her, choosing instead to go through a third party.

‘Taylor actually called my husband,’ she explained. ‘We were at a wedding, our nephew’s wedding, and he [Taylor] said, “Who’s gonna be the one to tell your wife that she has to stop shaving under her arms?”’ 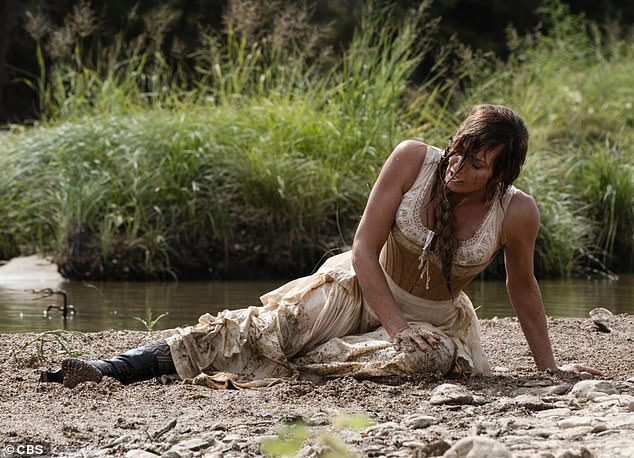 Gritty: The This Kiss singer plays Margaret Dutton in the gritty western, a woman who crosses the plains by covered wagon with her family

Grossed out: The actress stopped shaving several months before shooting began, revealing the experience, ‘really grossed me out, I have to say’

The Dixieland actress said that since several of the men had their beards glued on for their parts, she asked if she could have glue-on hair as well, but the answer was no. 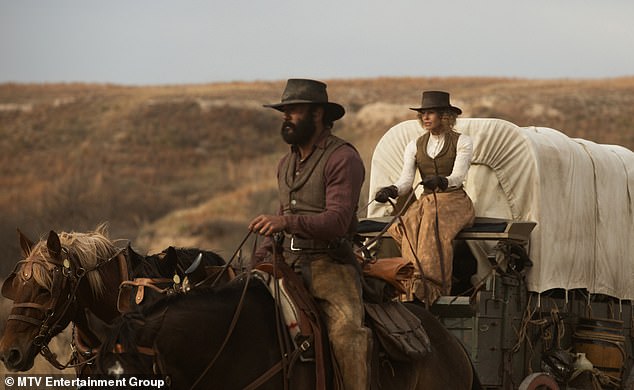 Glue on hair: The country superstar asked if she could use glue on hair for her armpits, seeing as  some men, were donning fake beards for their parts. The answer was no. Tim McGraw, 55, grew out his beard for the part as James Dutton

Courteney contended she would not be able to fulfill that kind of request, as she has had all of her underarm hair removed by laser.

‘I don’t laser, but I may now, so I never have to do that again,’ Faith replied. ‘It really grossed me out, I have to say.’

The country music superstar quickly adjusted her comments to make sure no one was offended by them saying, ‘All due respect to those who love that, and all that freedom, woo! But for me, personally, I just don’t like it.’