Sticking together. Felicity Huffman and William H. Macy presented a united front as the actress went back to court over her alleged involvement in a nationwide college admissions scam.

The Desperate Housewives alum, 56, wore a black, long-sleeve shirt, black pants and black flats for her appearance at a federal courthouse in Los Angeles on Friday, March 15. She finished the casual look off with a shabby bun.

Macy, 69, also dressed down for the occasion, sporting a sweater, jeans, sneakers and a baseball cap. 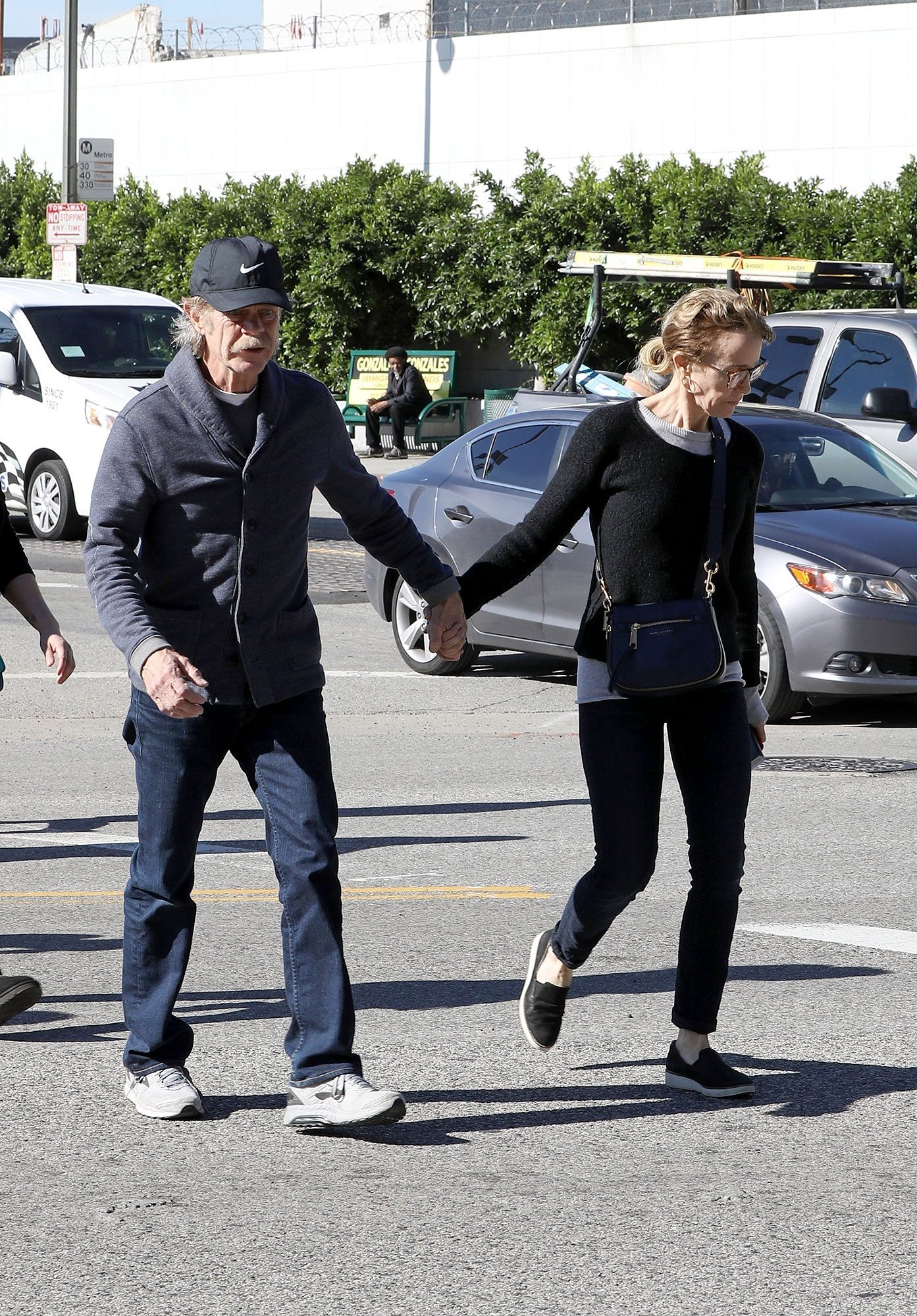 The Shameless star was by his wife’s side earlier this week when she appeared in court hours after her arrest at gunpoint on Tuesday, March 12. Huffman was released on a $250,000 bond, while Macy has yet to be indicted.

The American Crime alum allegedly “made a purported charitable contribution of $15,000 … to participate in the college entrance exam cheating scheme on behalf of her eldest daughter.” She later allegedly “made arrangements to pursue the scheme for a second time” but decided against it.

The couple have yet to comment on the allegations. However, the Fargo actor spoke out about the college admissions process days before the actress’ arrest. “We talk showbiz. My daughter, Sofia, the oldest, she’s in the tribe. She’s going to be an actor,” he told Us Weekly on March 6. “She goes to LACHSA, the arts high school here, and we’re doing the college tour, and she’s looking at theater schools. So yeah, we talk about it a lot.”

Macy also noted that the girls are “crazy for their mom,” adding: “She’s a great mom. She’s kind of astounding. … I’m the luckiest guy on the planet.”

Huffman’s website and online store, What the Flicka?, appeared shut down in the wake of the scandal. The outlet’s YouTube channel and social media accounts were also inactive.

Lori Loughlin and her designer husband, Mossimo Giannulli, were among the dozens of others who were indicted for allegedly participating in the bribery scheme.