Kendall Jenner gave her 157 million Instagram fans and followers a glimpse at her Easter Sunday celebration at her family’s vacation home in Palm Springs, California.

Earlier in the day, the reality star had stunned in a pink floral dress as she frolicked in high grass near a golf course, which is situated just behind their plush mansion.

Then the in-demand supermodel put her 5ft10in statuesque figure on display while lounging in a bikini near the same location. 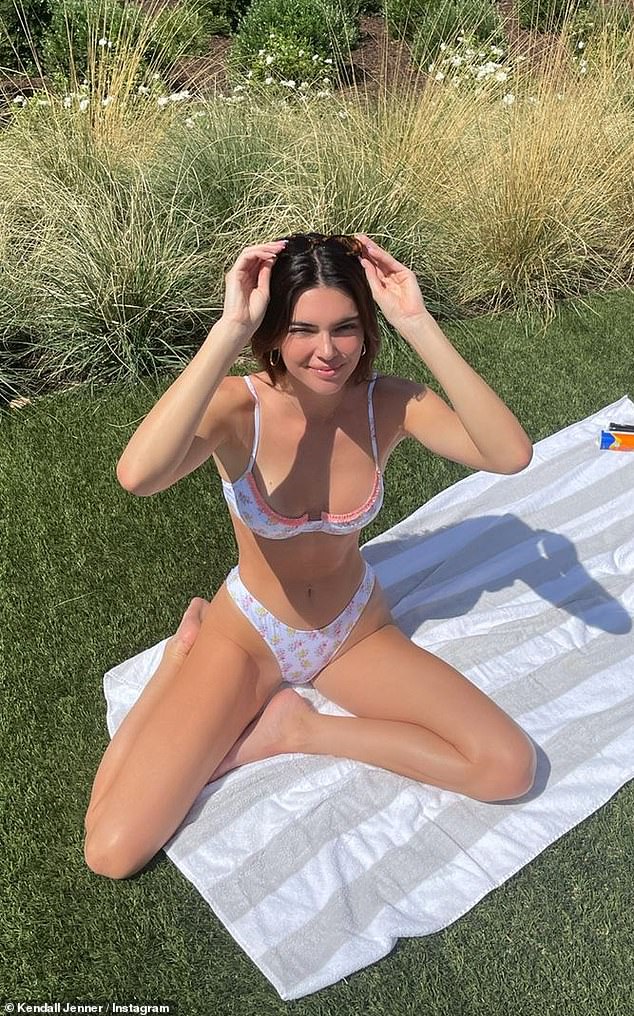 Revealing: Kendall Jenner, 25, showed off her 5ft10in figure while lounging in a bikini near her family’s vacation home in Palm Springs, California on Easter Sunday

Jenner, 25, laid a towel down just feet from that high grass by the golf course.

With the sun glaring and the temperatures soaring to nearly 100 degrees Fahrenheit, she kneeled down in an upright position dressed only in a white-patterned bikini.

The catwalk queen had her dark brown tresses styled straight and long with a part in the middle. 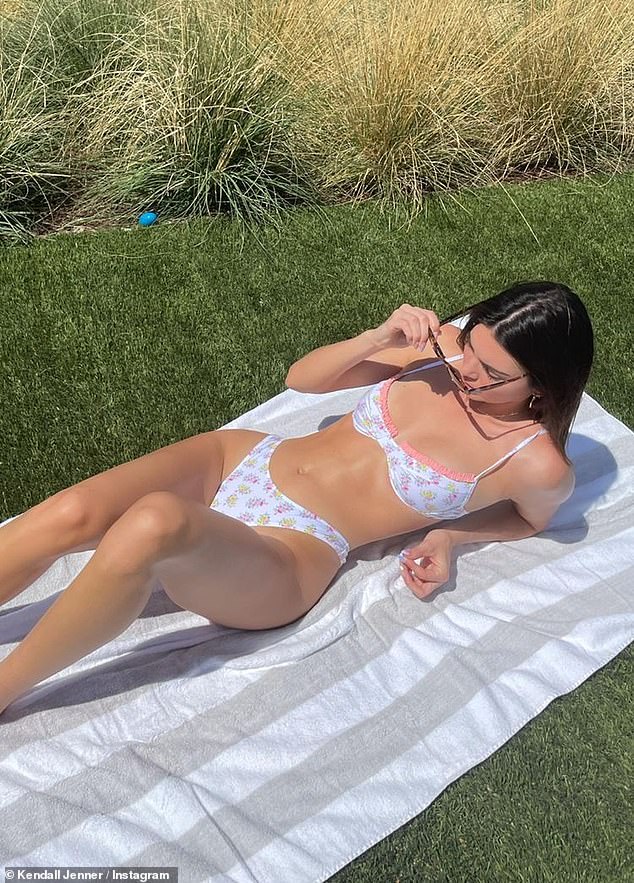 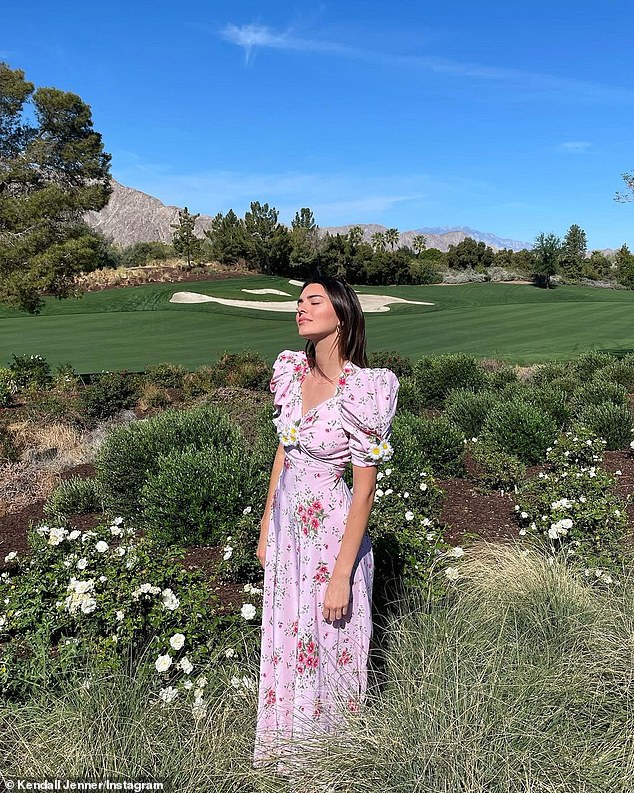 Flower power: Earlier in the day, Jenner wore a pink prairie dress with daisies adorned on it

The powerful Southern California sun made Jenner squint her eyes when she didn’t wear the stylish sunglasses that rested on the top of her head.

In a second photo, the tall beauty laid back on her towel in her two-piece and shifted her glasses over her eyes.

Earlier in the day, Jenner donned her pink floral dress that was adorned with daises, which was paired with cowboy boots. 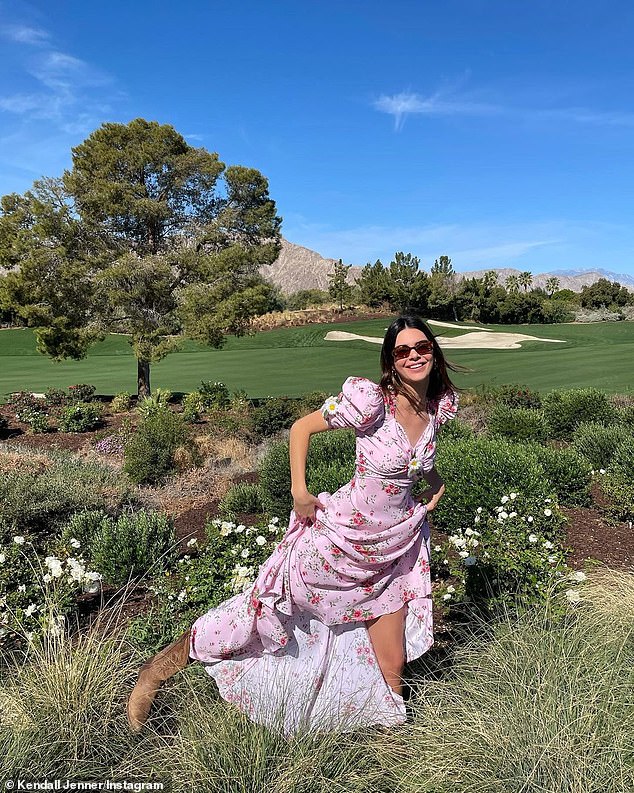 Working it: The catwalk queen got playful during her impromptu photoshoot by the golf course 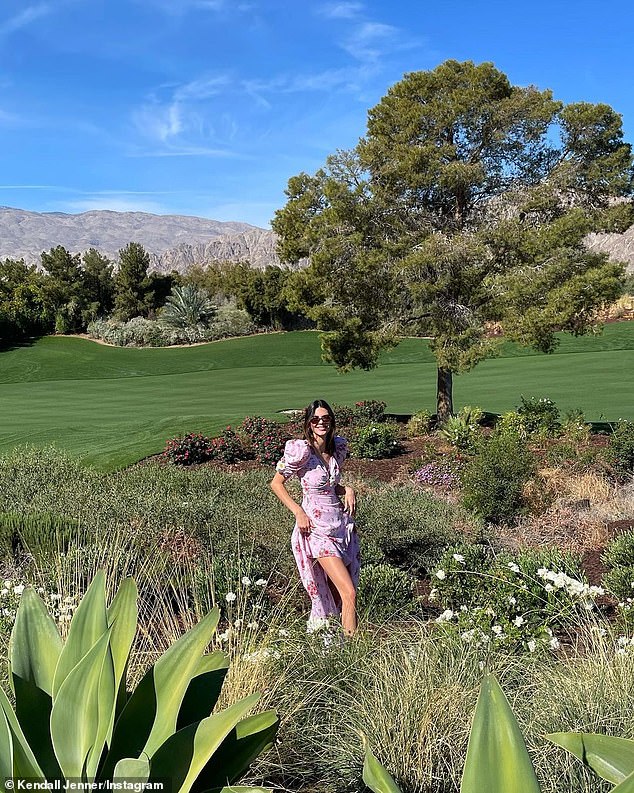 Flirty: The in-demand model showed off a little leg for one of the photos

Many of the Kardashian and Jenners were on hand for their posh holiday celebration, including all of her sisters: Kourtney, Kim, Khloe and Kylie, and their children.

Their day kicked off with a family walk through their upscale desert community, and an Easter egg hunt for the kids.

It was followed by a private luncheon on the golf course grounds that featured a person dressed in a bunny costume to entertain the children. 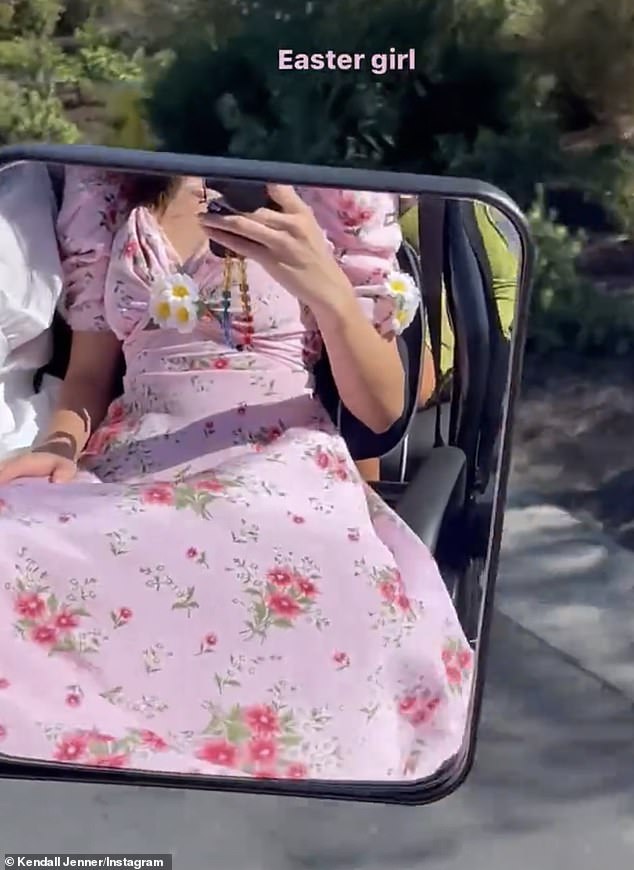 Holiday: Jenner called herself ‘Easter girl’ in a mirror selfie she shared on her Insta-Story

Just minutes after posting her bikini snap, Kendall gave her many millions of followers a look at her sisterly love by sharing a snap of herself with Kylie.

The photo showed the two Jenner ladies arm-in-arm with their backs towards the camera with the caption: ‘different but the same @kyloejenner.’ 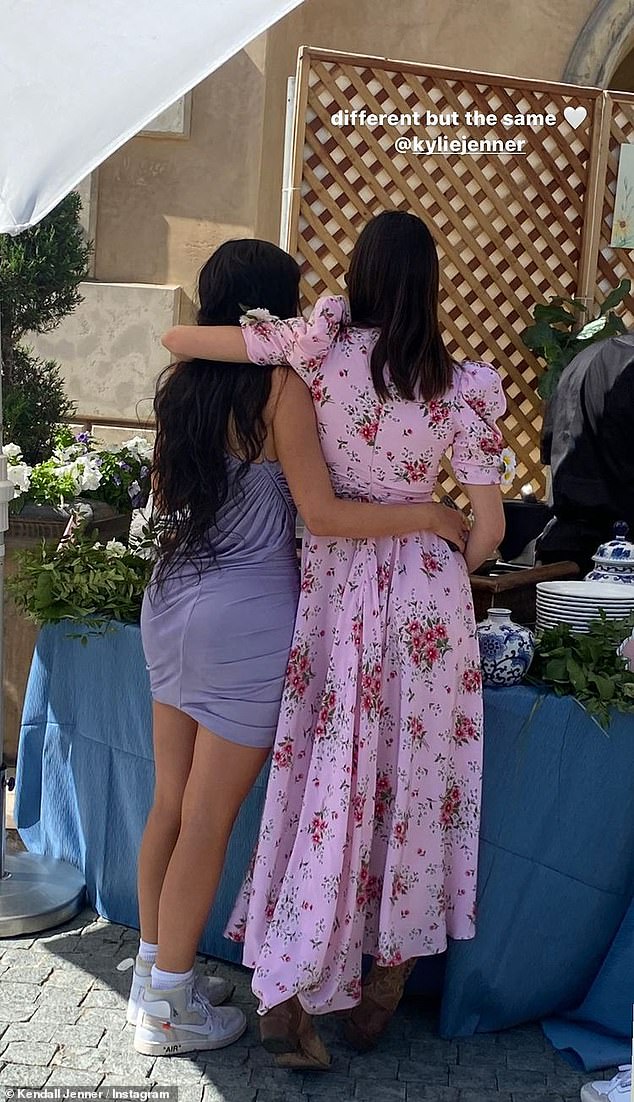