EXCLUSIVE: Sorry Gigi! Leonardo DiCaprio, 48, has a new girl as he enjoys cozy date with actress Victoria Lamas, 23, who was born TWO YEARS after Titanic was released – following ex Camila Morrone getting ‘aged out’ at 25

Leonardo DiCaprio, 48, enjoyed a cozy date with actress Victoria Lamas, 23, in Hollywood on Tuesday – following speculation he has been romancing supermodel Gigi Hadid, 27.

The Oscar-winner, who has carved out a reputation for never dating anyone over the age of 25 in recent years, was seen getting into a car with Victoria, who is the daughter of actor Lorenzo Lamas and was born two years after DiCaprio’s iconic 1997 film Titanic was released.

The pair left The Birds Street Club separately before climbing into a car together, where Leo was seen laughing and joking. 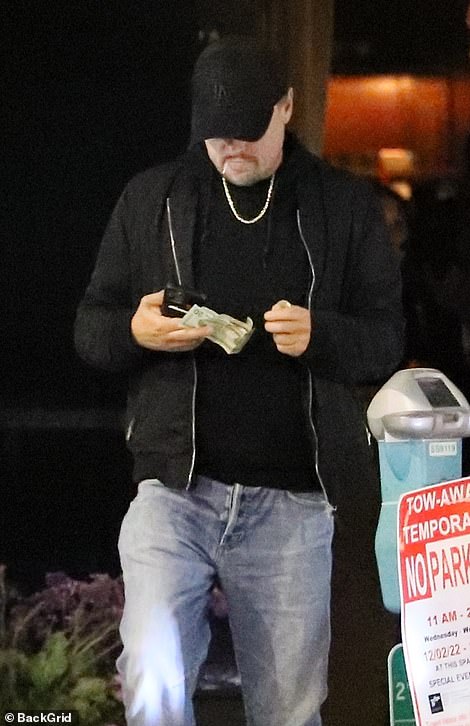 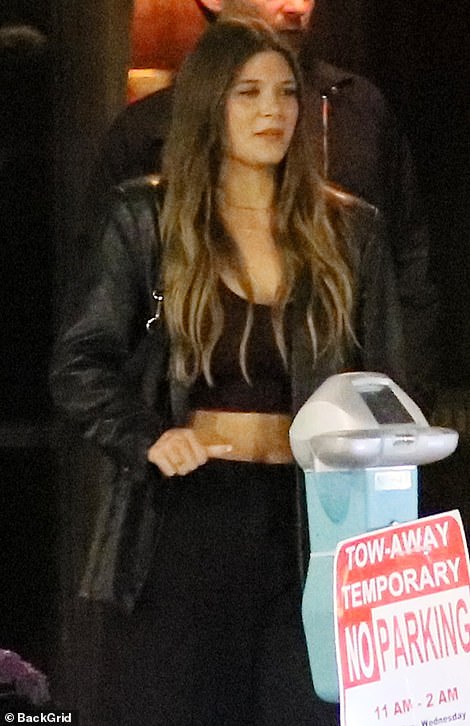 Leonardo cut a casual figure  in a black tee paired with stonewash jeans, a black jacket and his trademark baseball cap.

The star added some glitz as he sported a bejeweled chain while climbing into his car with Victoria.

Aspiring actress Victoria flashed her midriff in a black crop-top paired with matching flares and a padded black jacket.

Her ombre tresses were styled in soft waves and she sported smoky eye make-up and taupe lipstick. 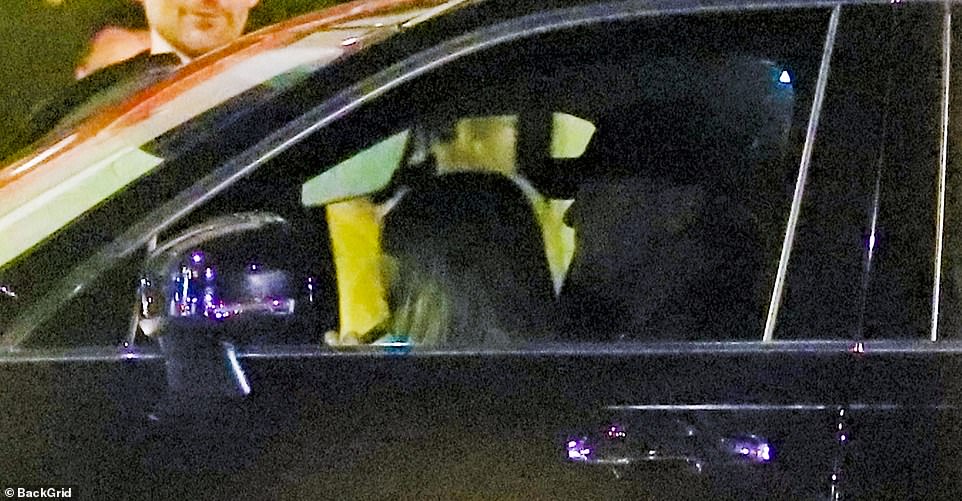 He’s driving: The pair put on an affectionate display  before climbing into a car together, where Leo was seen laughing and joking

Dapper: Leonardo cut a casual figure in a black tee paired with stonewash jeans, a black jacket and his trademark baseball cap as he stepped out with Victoria 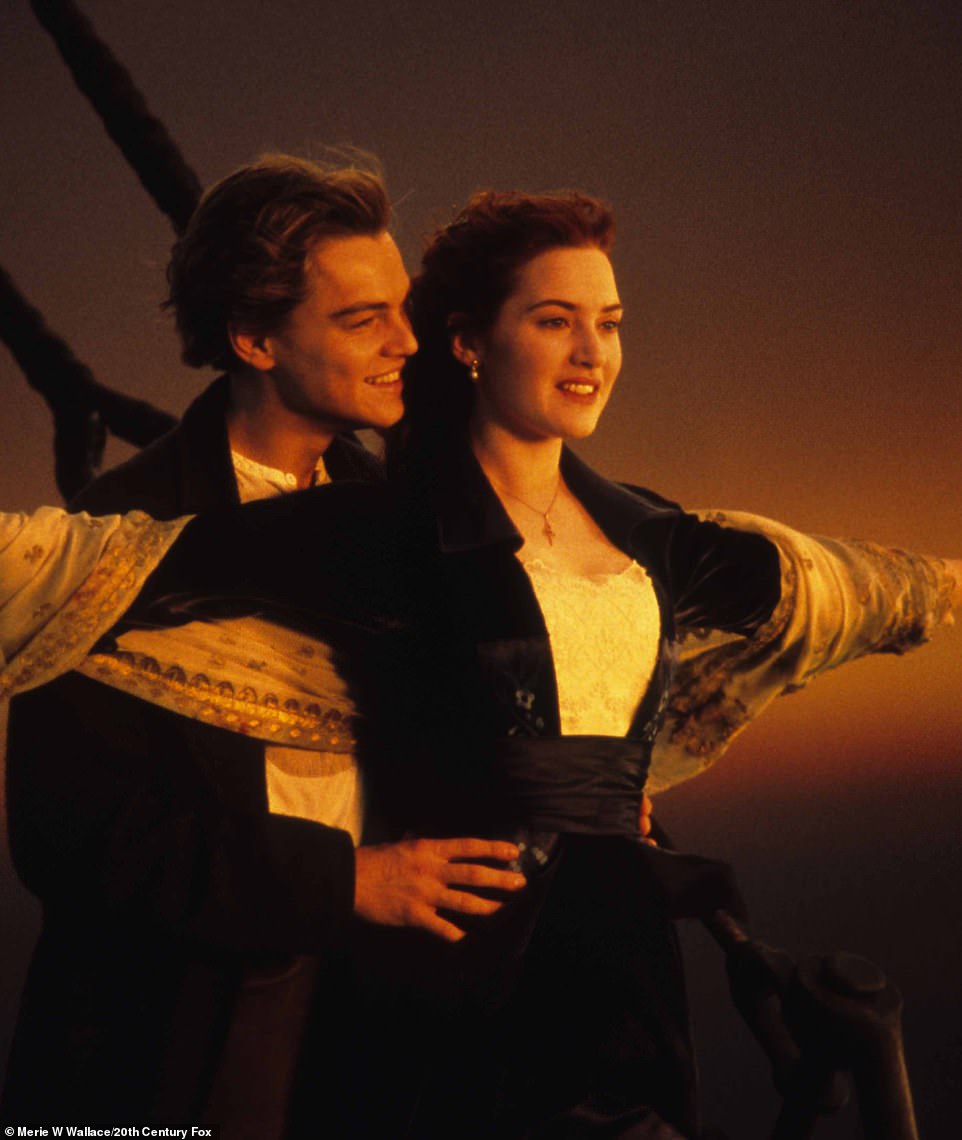 Iconic: Victoria was not yet born when Leo captivated viewers as Jack Dawson in 1997’s Titanic (pictured with Kate Winslet) 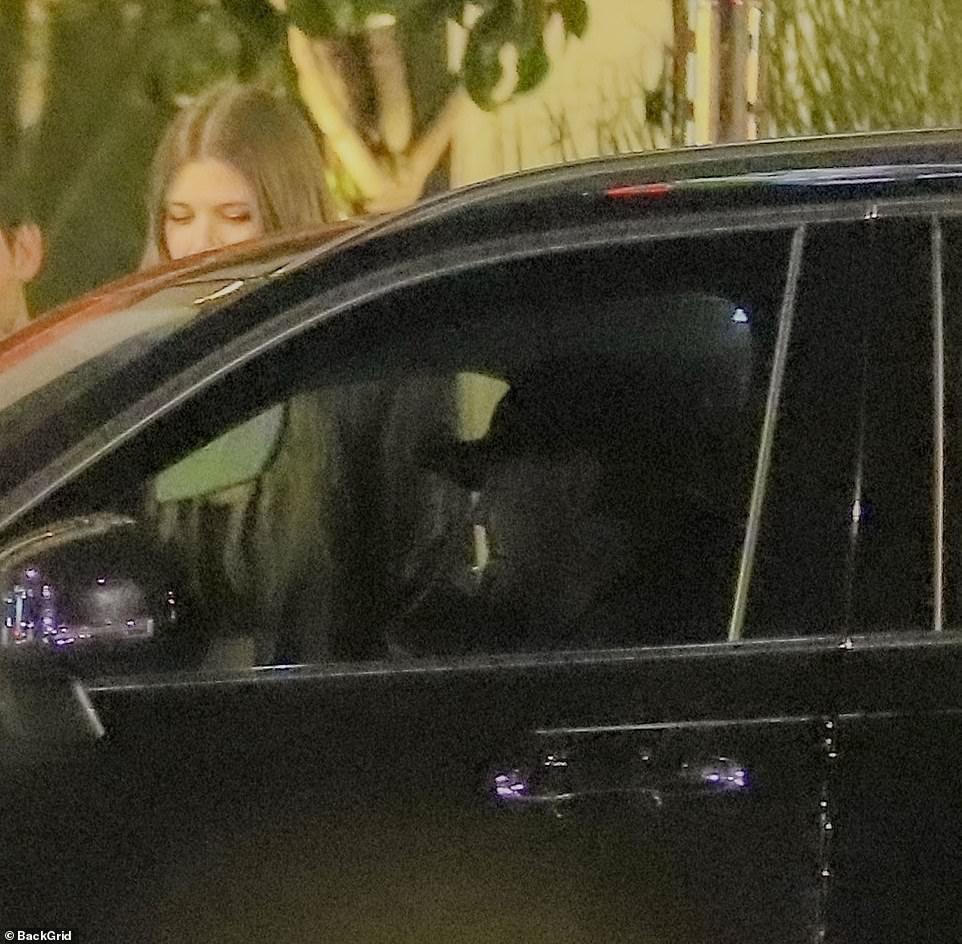 Get in: Victoria climbed into a waiting car with Leo after their night on the tiles 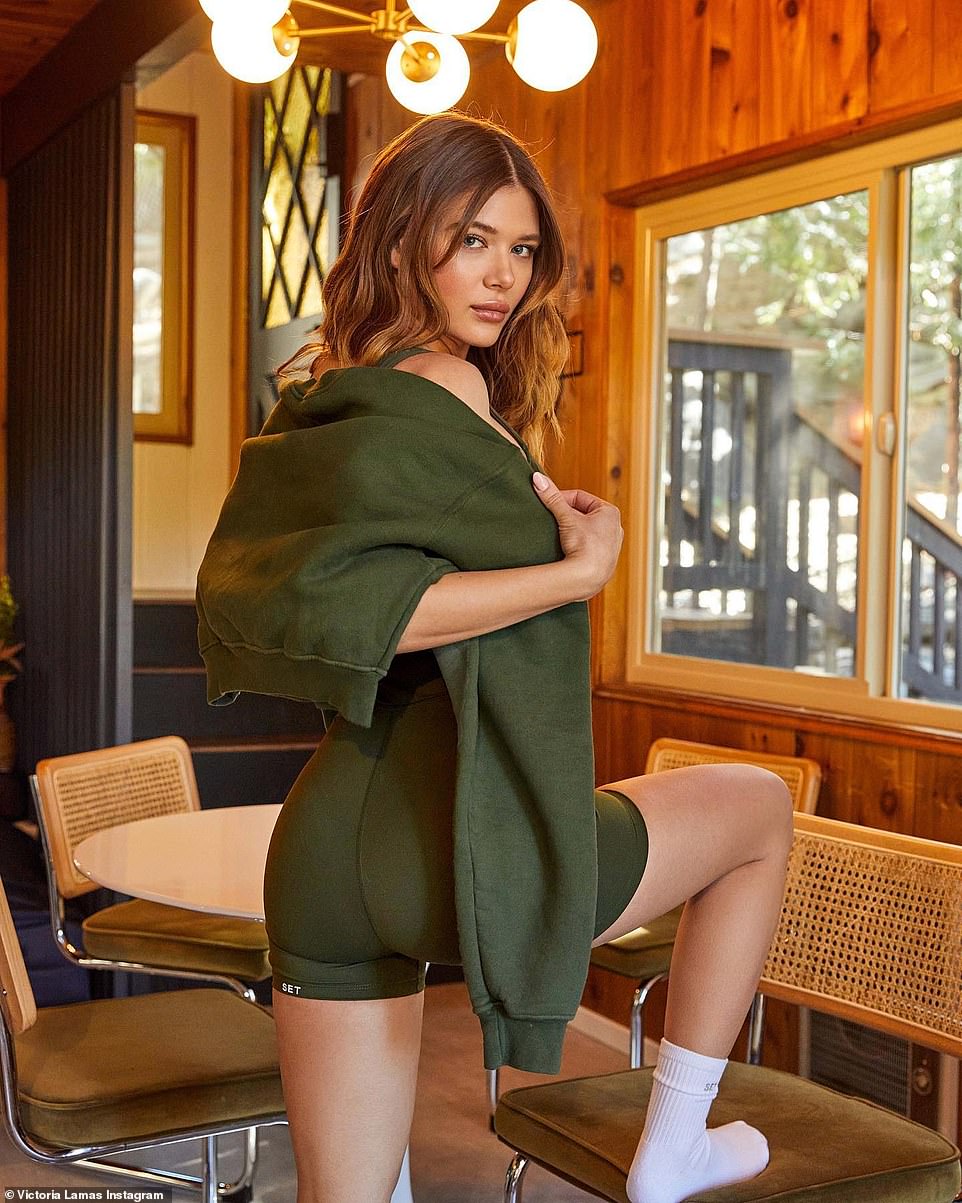 Here she is: Victoria is an aspiring actress and boasts 22,000 Instagram followers 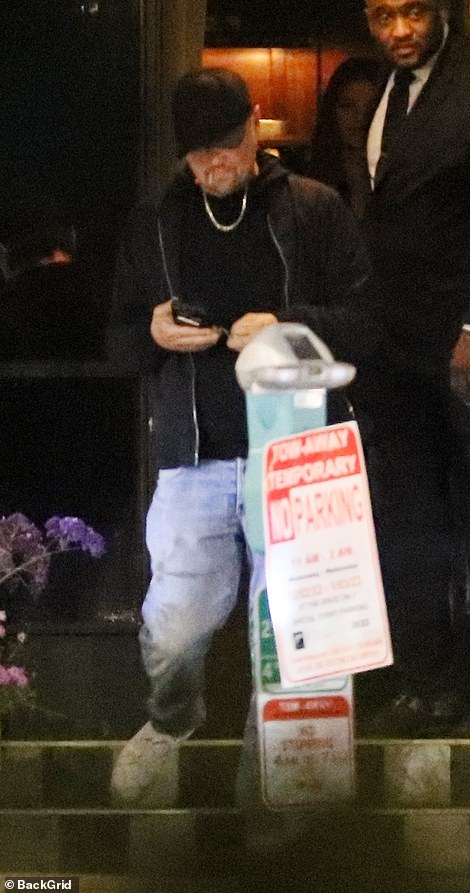 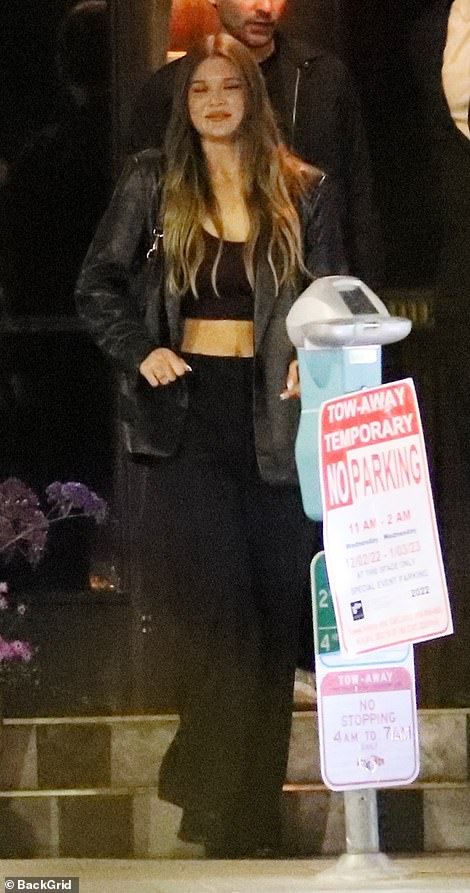 Painting the town red: Leo and Victoria left the venue separately before getting into a waiting car 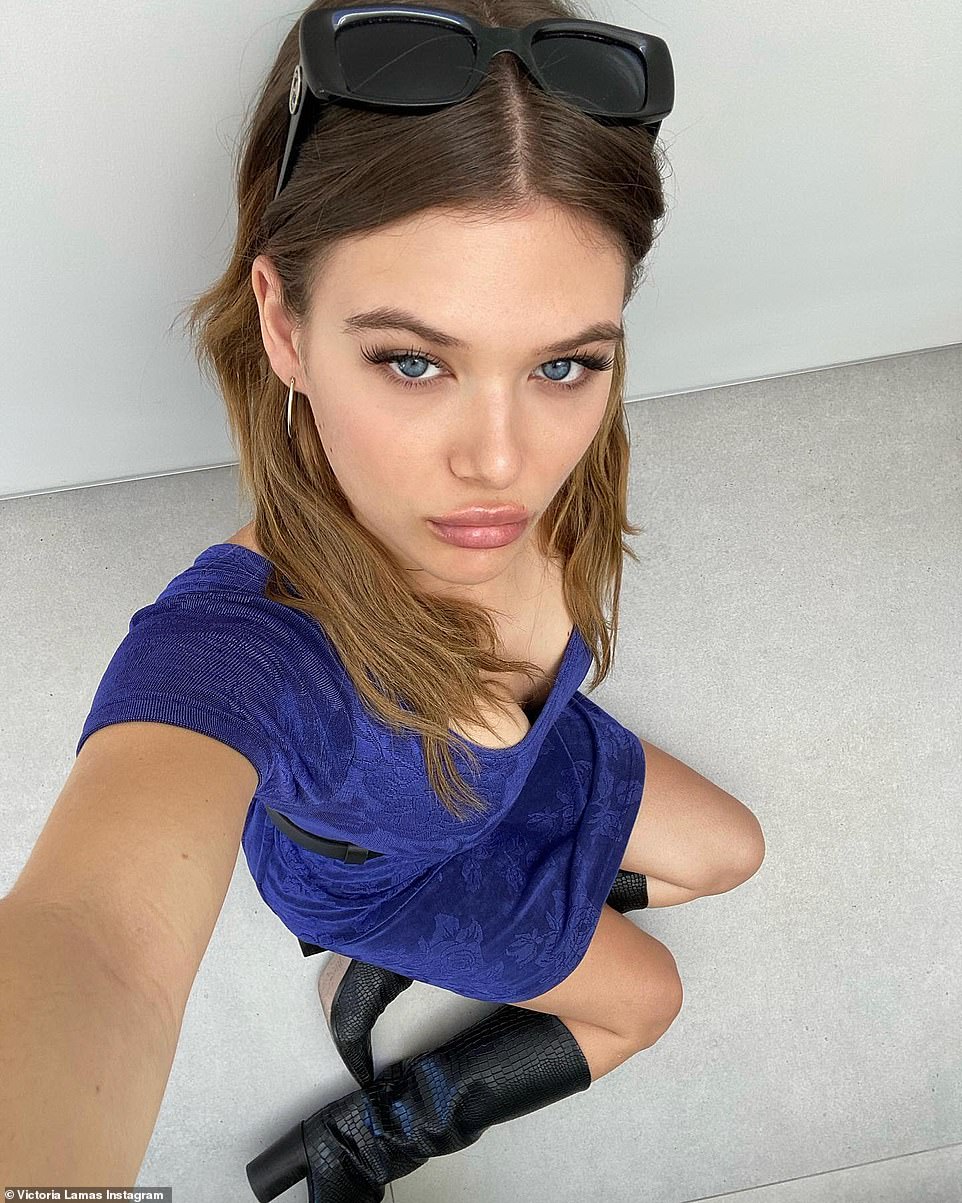 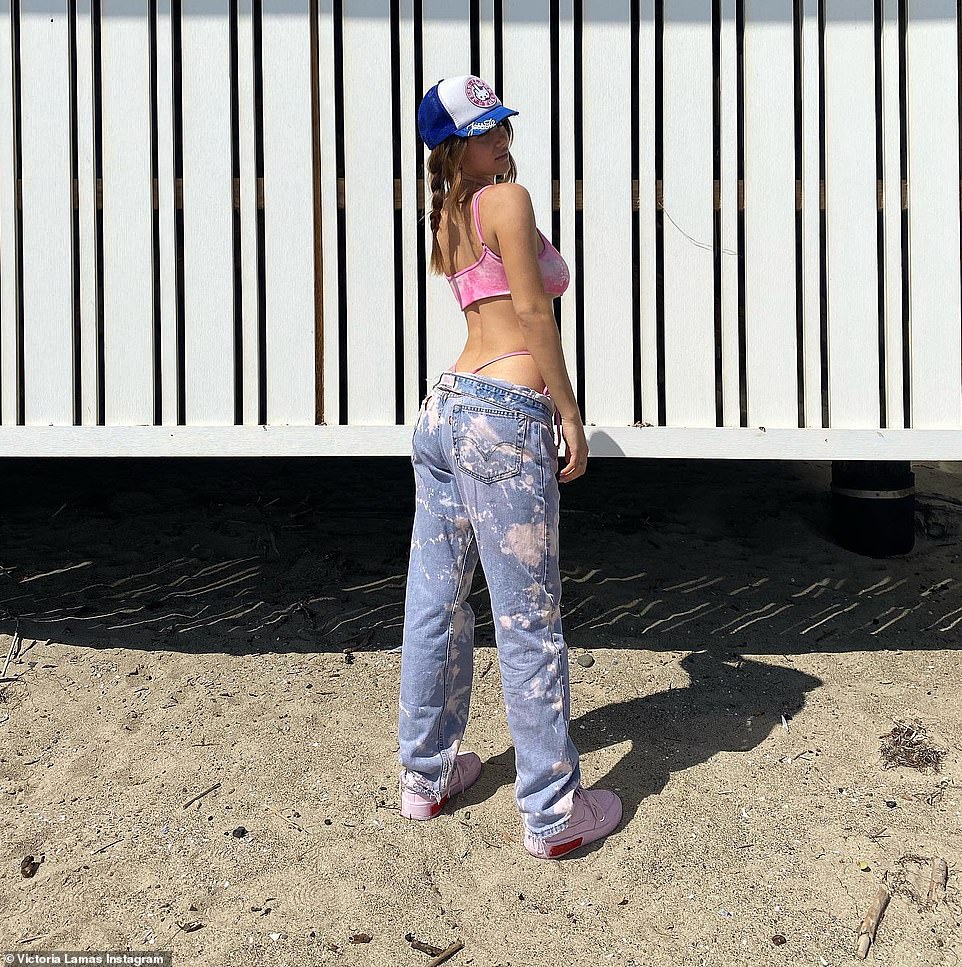 Leo was pictured with Gigi for the first time since news of their reported romance broke, in exclusive photos obtained by DailyMail.com in September.

The pairing appeared to be the first time the Oscar winner has ever dated a woman older than 25, and Gigi would also be the first woman he has dated who is a mother.

Following the leaking of the new pictures, a source close to to the couple said while they are dating, they are ‘taking it slow,’ according to Page Six.

The source went on to say that the couple have been out together just the two of them as well as hanging out in groups with the pair not calling themselves ‘exclusive’ yet.

Dynamic duo: The pair were partying in West Hollywood during their night out 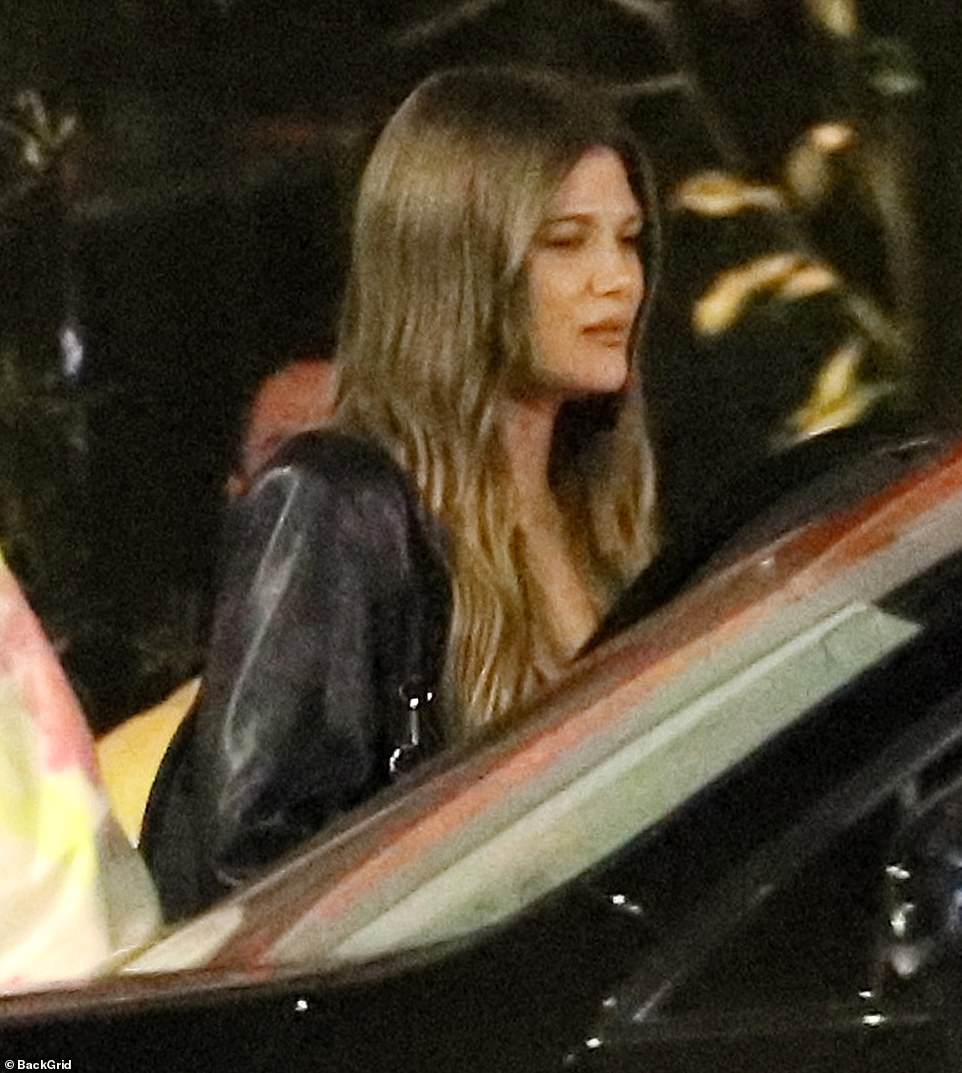 Radiant: Victoria looked glamorous for her big night out with Leonardo

Outing: The pair wore black looks as they left the exclusive venue together 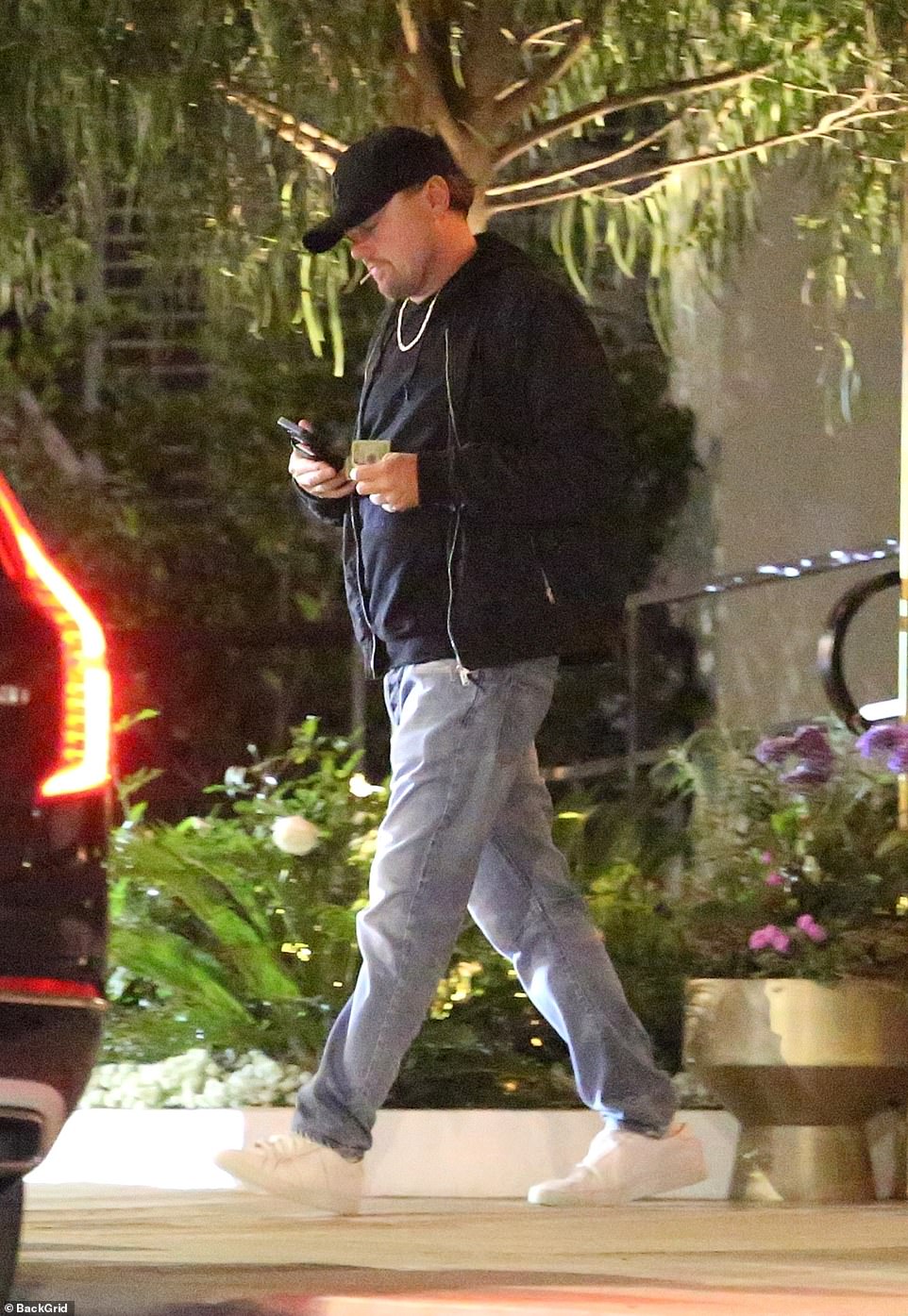 Casual: Leo wore his signature baseball cap as he headed to a waiting car 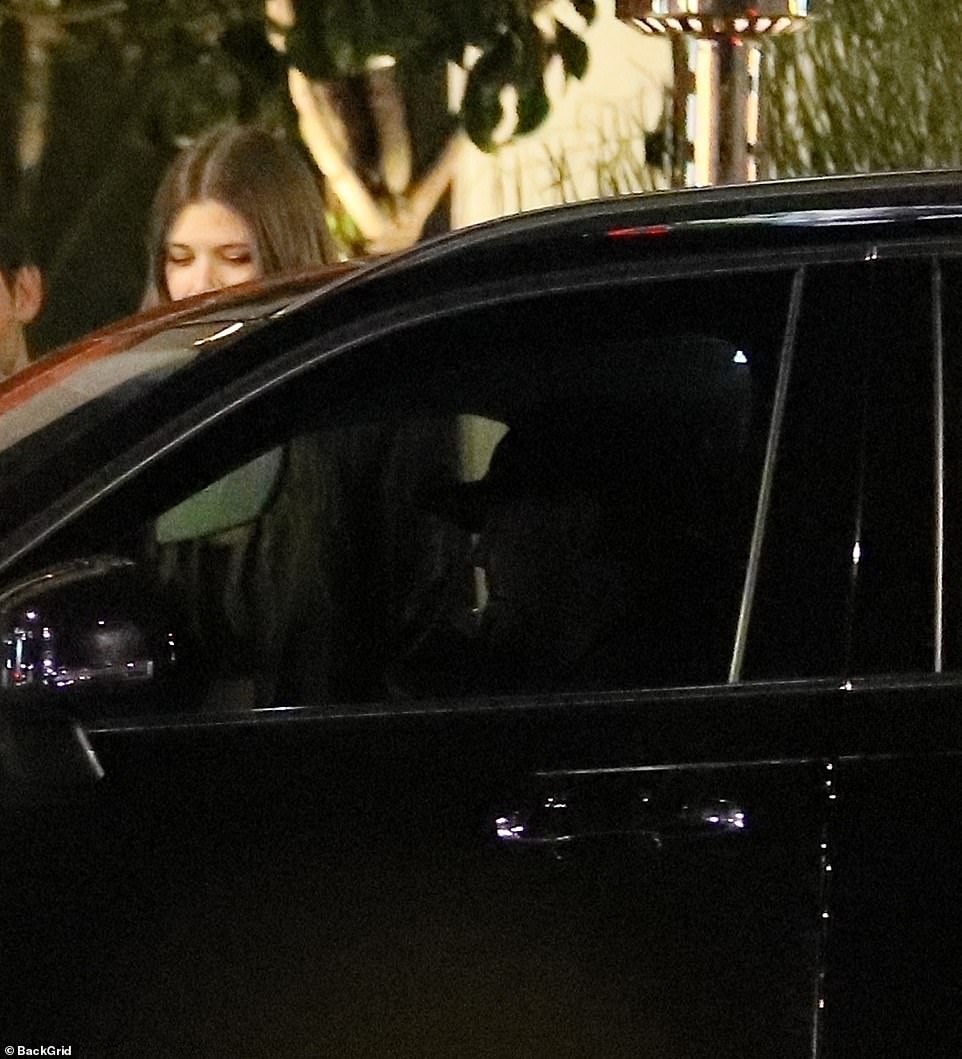 Hop in: Victoria climbed into the car beside Leo after their night out 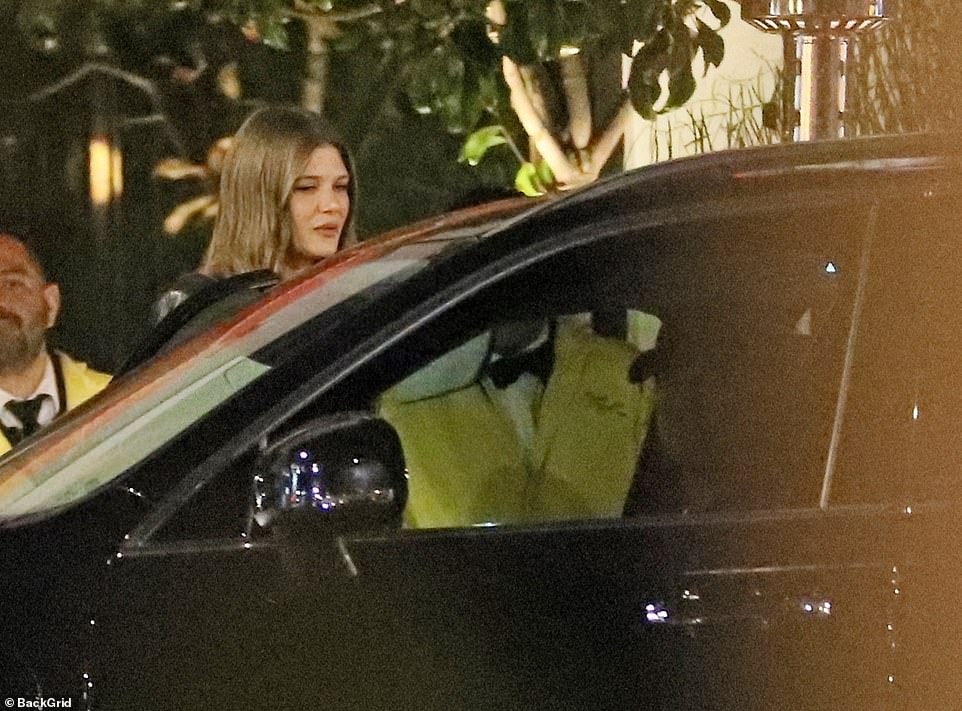 Chat: The pair chatted as they prepared to drive off together after a night out

The person added: ‘[DiCaprio] is not someone who is in-and-out of relationships. He doesn’t jump around hooking up. They are taking it slow.’

Gigi was also pictured getting close to Leo at a party in New York City last month – after the actor ended his four year relationship with Camila Morrone, 25.

Leo and Camila  called it quits in August, a source close to Leo claimed to The Sun on Tuesday. 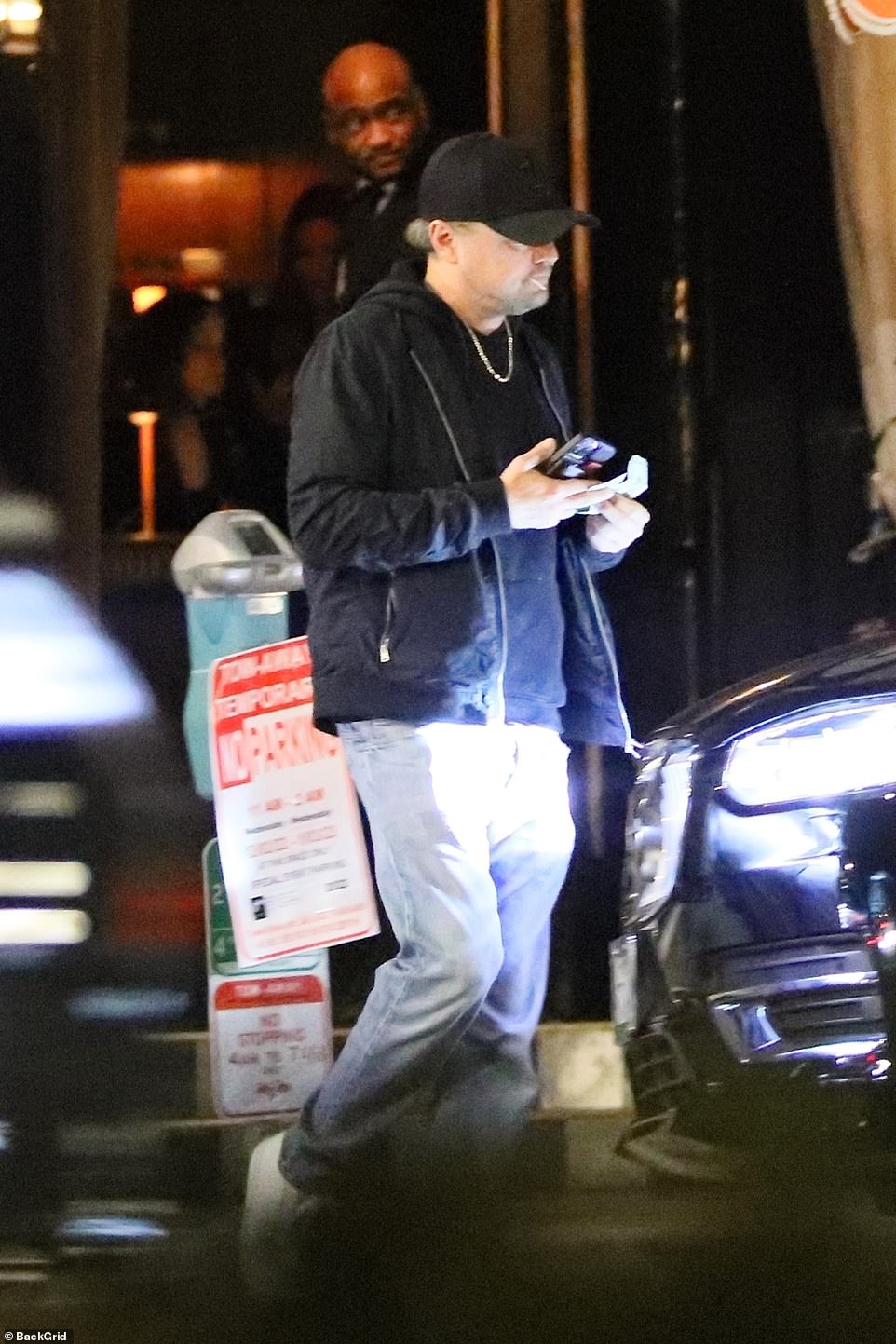 Casual cool: The acting icon cut a low-key figure as he departed the venue

Stylish: The actor was tapping away on his phone as he left the car and prepared to head home 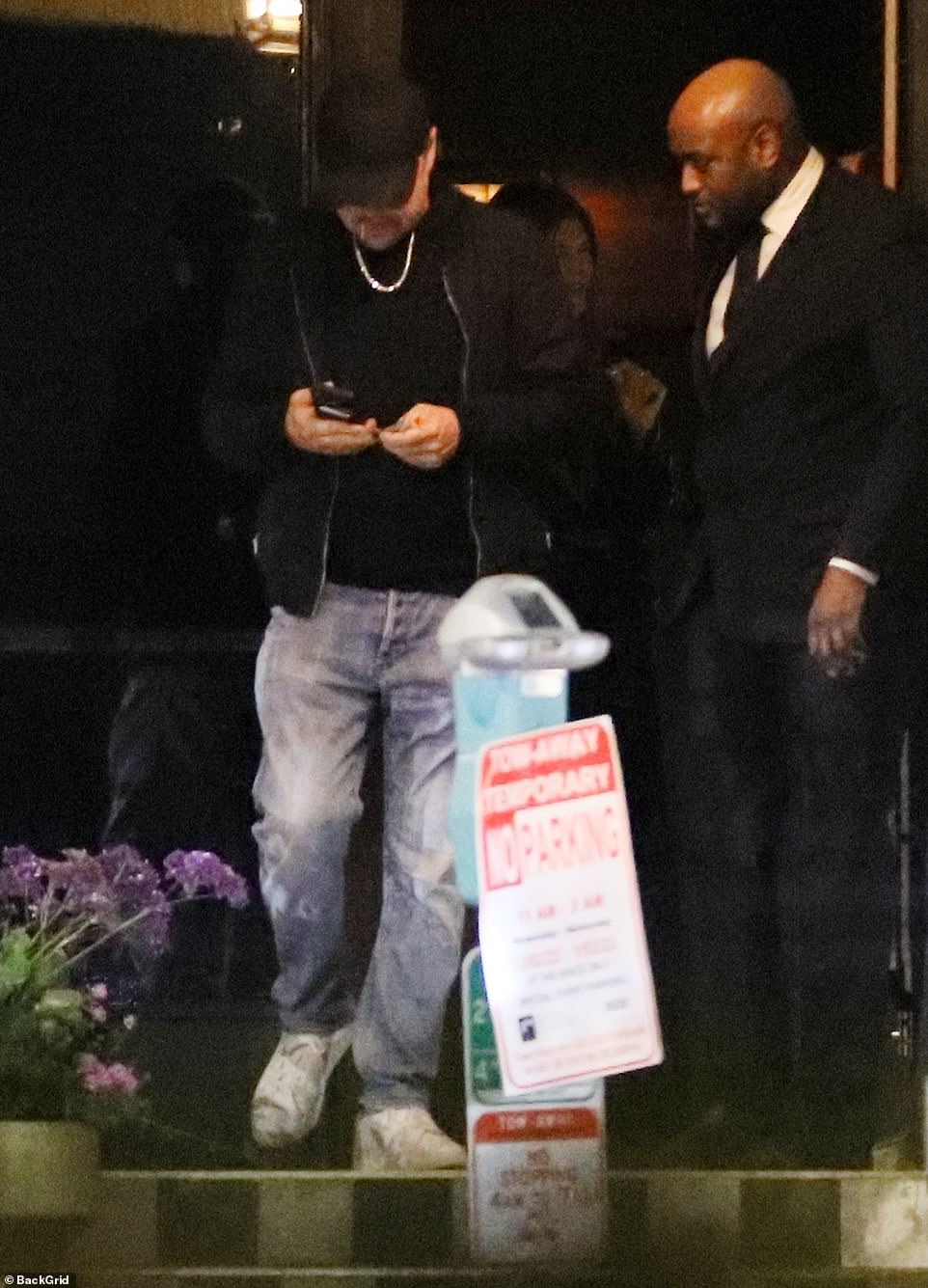 Stroll: The star was escorted out of the venue by a pal as he headed to a car

Off they go: Victoria and Leo were seen leaving the venue before getting into a car together 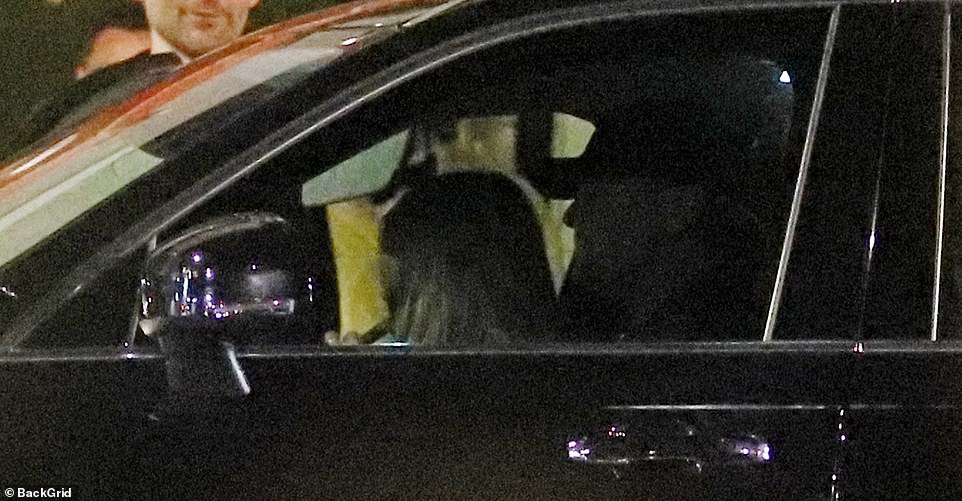 Chat: The pair were seen chatting in a car as they prepared to head off together 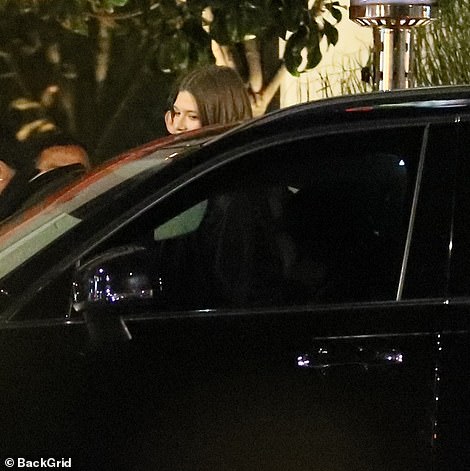 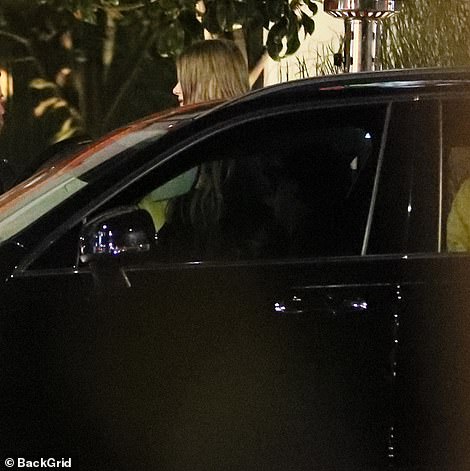 Go time: The pair were seen chatting before getting into their car together

Exit: The pair were seen driving off together as they headed home

The breakup seemed to reinforce a pattern the Once Upon A Time In Hollywood star has established of never publicly dating a woman over the age of 25.

Insiders close to DiCaprio claimed to the publication that he and Morrone had been growing apart recently.

Leo and Camila ended their relationship over the summer,’ a source said. ‘There are no bad feelings between them. It just came to a natural conclusion.’

The Revenant star, who is Camila’s senior by 22 years, was first introduced to Camila back in 2008, when she was only 12. 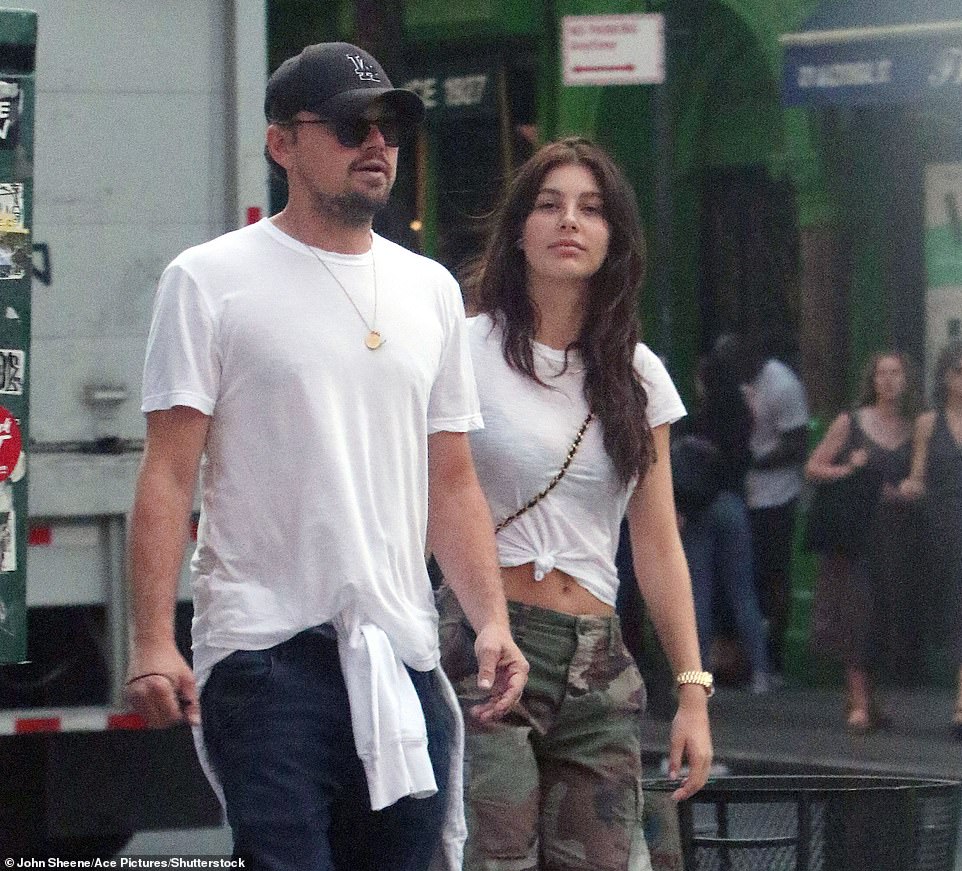 His longtime friend Al Pacino, who had dated Camila’s mother Lucila Solá for years, made the introductions, and Leonardo apparently remained friends with the family for years.

Leonardo and Camila officially got together sometime in 2017, following his breakup with model Nina Agdal just days before the Cannes Film Festival, though representatives for both initially denied that they were together.

The two raised their relationship’s profile the following year, when they attended Ellen DeGeneres’ birthday party together, and they were seen later in the year showing off some PDA at Coachella.

Later in 2018, an anonymous source told People that the relationship had escalated in seriousness, as the two were ‘very in love and serious’ and ‘talked about getting engaged.’

The source claimed that Leo had ‘never loved a girl like this,’ and he was even considering having children with his new love.

In 2019, Leo’s commitment to not publicly discussing his relationship was tested when both he and Camila had films premiering at the Cannes Film Festival.

Later in the summer of 2019, Camila reminded her fans of Leo’s penchant for dating young women when she posted a romantic photo of Humphrey Bogart and his much-younger wife Lauren Bacall.

‘A love like this,’ she captioned it, though many fans criticized her for dating a much-older man.

At the Academy Award ceremony on March 27 of this year, co-host Amy Schumer joked about Leonardo’s penchant for only dating young women.

‘He’s done so much to fight climate change and leave behind a cleaner, greener planet… for his girlfriends,’ she joked. 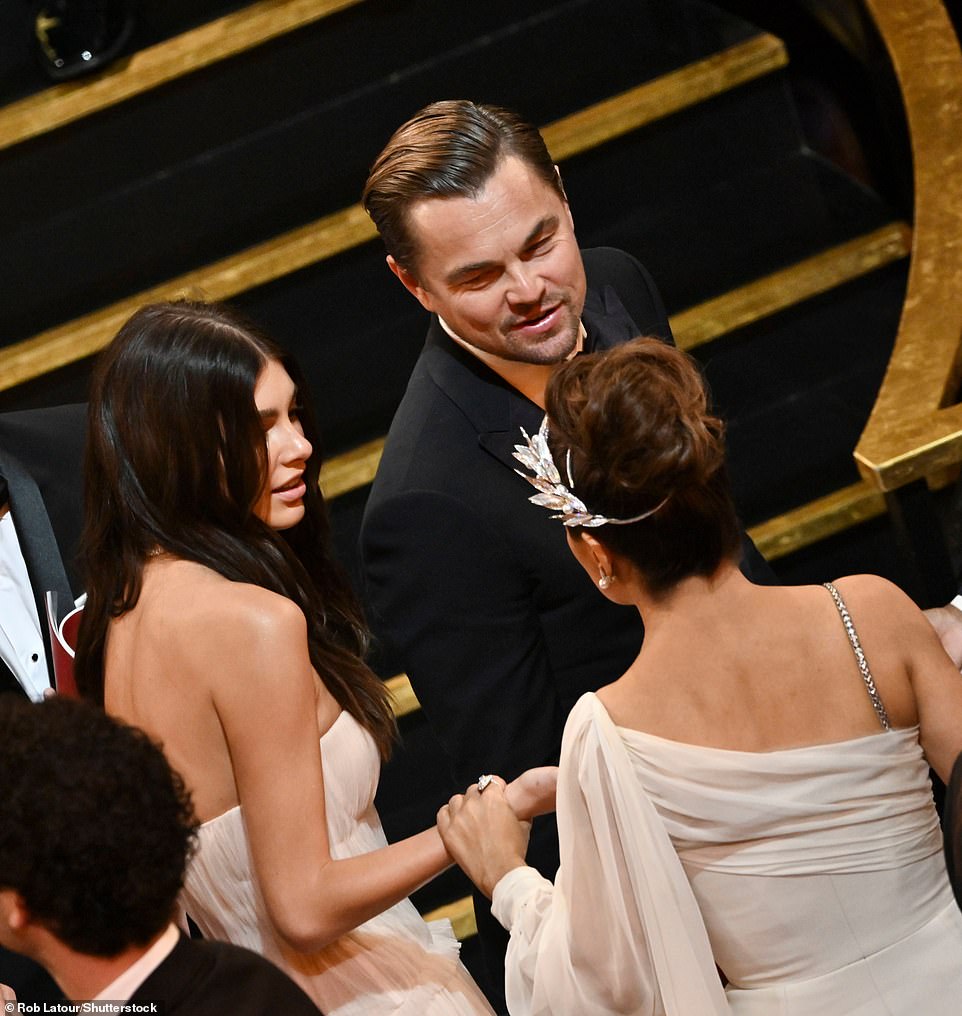 Loves a model: The ‘modelizing’ actor has carved out a reputation for never dating anyone over the age of 25 in recent years, with his split from Camila following that pattern (pictured 2020)