Lisa Kudrow recalls son’s ‘demeaning’ reaction to Friends – revealing he was SURPRISED to discover she could be funny: ‘Never in my life have I wanted to tell my own kid, “F*** you!”‘

Lisa Kudrow has opened up about the ‘demeaning’ reaction her now-24-year-old son had after watching her hit sitcom Friends – revealing her horror when he told her that he was surprised to discover she could actually be funny.

The 58-year-old actress – who played Phoebe Buffay in the classic sitcom between 1994 and 2004 – opened up about her 24-year-old son’s thoughts about her work during an appearance on Late Night With Seth Meyers.

The Comeback star explained that because her child – whom she shares with husband Michel Stern – was just five years old when Friends wrapped, he didn’t actually watch the show until years after it had stopped filming.

Once he finally got around to watching the hit show however, his reaction to his mother’s on-screen performance wasn’t quite what she was expecting. 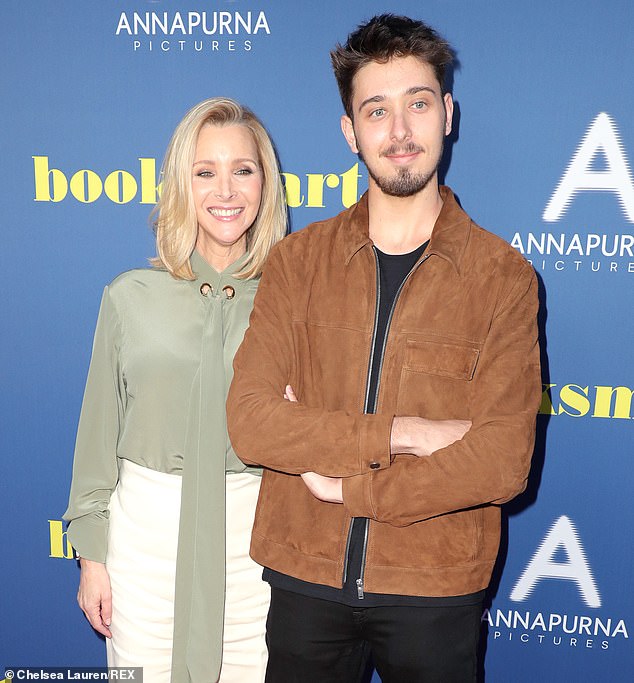 Seal of approval: Lisa Kudrow has opened up about her son Julian’s reaction to her work as Phoebe Buffay in Friends – pictured 2019

‘He was five when we were finished [filming]… but he did start watching when his friends at school started watching,’ Kurdrow recalled.

‘He watched it and he was impressed. He said, “It’s actually really funny, I mean, the guys are so funny.”‘

Kudrow then added that her son was seemingly shocked to discover that his mother was also funny in the show as she continued: ‘He’s like, “No, I mean you’re funny too.”

The Space Force actress laughed along with the host about her son’s reaction as she added: ‘It’s not required that you’re a fan. You don’t have to like what I do. But don’t be so demeaning!’

Kudrow also took delight in sharing that Julian was now a fan of her other series, The Comeback, after he tuned in to several episodes while recovering from Covid-19.

‘He called me up and said, “So I just watched the first two episodes. It’s really good, Mom,”‘ she told Meyers. ‘I said, “Thanks.” He said, “Can I ask you some questions about that?” I’m like, “Yes!” I almost started crying. I didn’t think that anyone in my family liked that show.’

Elsewhere, Kudrow recently revealed she had a harder time landing her famous Friends role because Friends director James Burrows was not immediately convinced by her.

Explaining that Burrows had previously fired her from the role of Roz in Frasier after the pilot episode wrapped in 1993, Kudrow said: ‘I was cast in Frasier as Roz, mistakenly cast. I didn’t know that at the time. 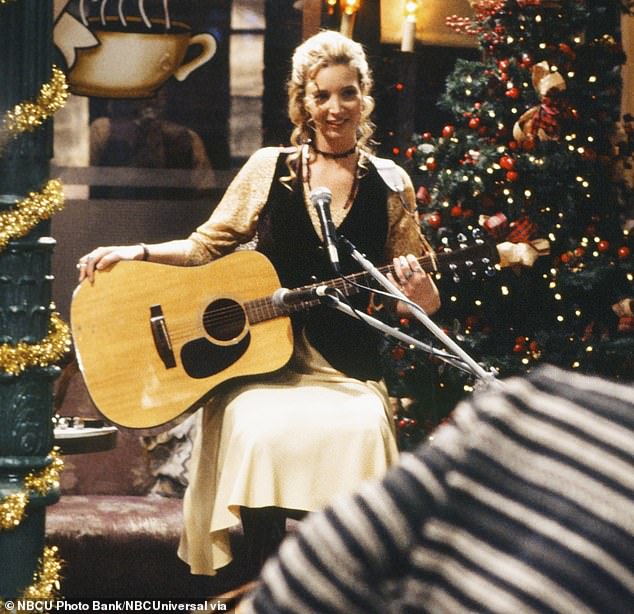 Iconic role: Kudrow won over millions of fans across the globe for her portrayal of the quirky and eccentric character 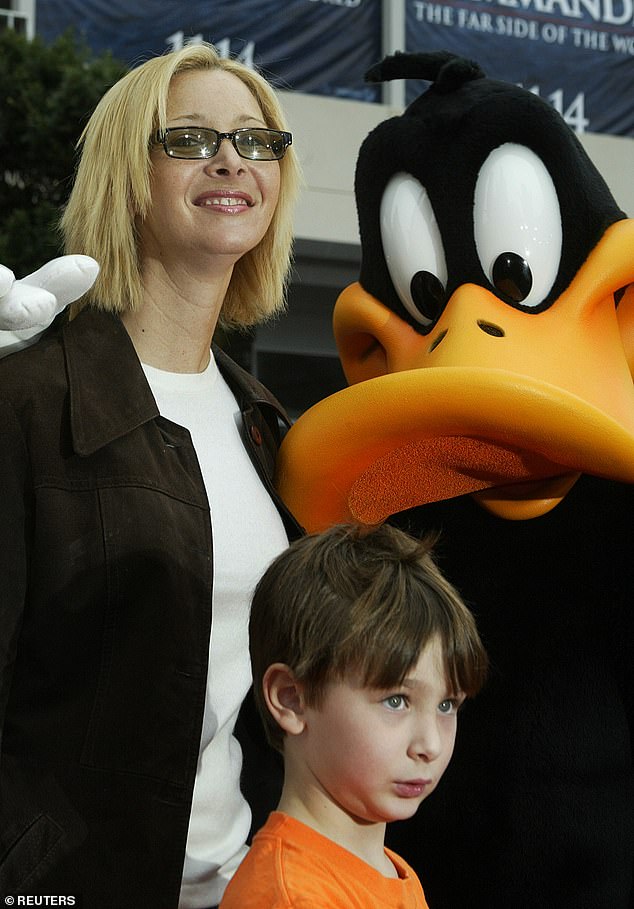 Throwback: Julian was only five-years-old when Friends came to an end in 2004 – pictured in 2003

‘I knew that Jim clocked that I was wrong from the table read and so I thought, “Oh he doesn’t like me or what I do.”‘

The actress added, ‘So then we’re doing Friends and I had to do a special audition for Jim Burrows. You have to do auditions for producers and studio, network but in between all of that, I had to go in and read for Jim Burrows.

‘I thought maybe everyone had to do it but I found out a few years ago that I was the only one. Just to make sure that it was all ok with Jimmy that I played Phoebe.

Kudrow revealed she had some issues with Burrows’ stage directions but they ultimately cleared the air. 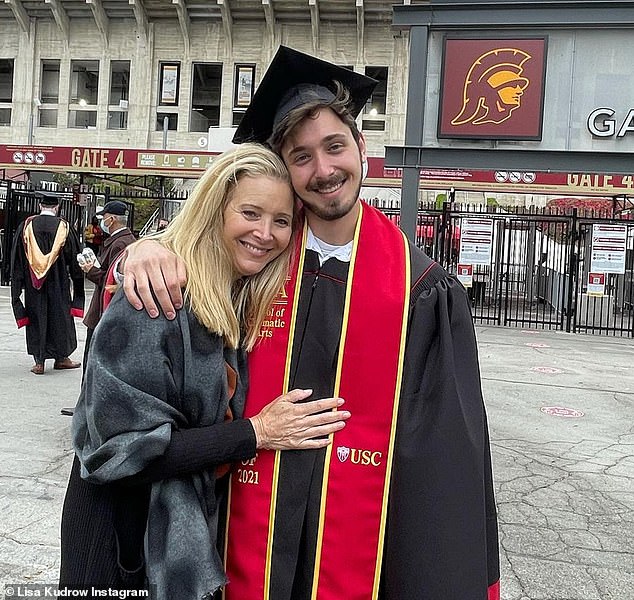 Mother’s love: Kudrow – who shares Julian with husband Michel Stern – shared her joy at his recent praise for her other show, The Comeback – pictured in 2021 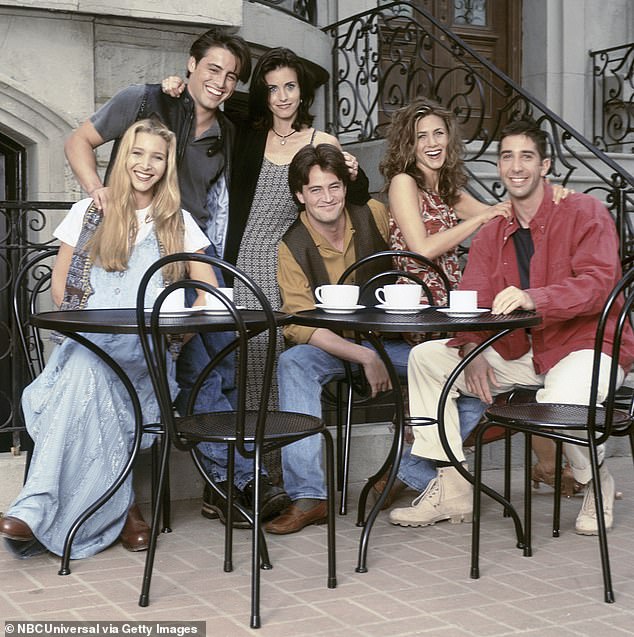 Appearing on Jess Cagle Podcast with Julia Cunnigham, she added: ‘We were getting ready to do a run-through and I have to do my Phoebe monologue and he’s like “Lisa, sit under the table to read the monologue, do it under the table, she’s out there.”

‘And I just went, “My God, I can’t connect with anyone. If you need to demonstrate how much my character doesn’t belong with these people… I did the best I could and then after the run-through David Crane [Friends co-creator] says, “Lisa, it’s fun that you’re under the table” as if it was my idea, “But I’m not sure that it works.”‘

‘And I just went “OK, yeah” but Jimmy admitted it was his idea and then I knew I could trust him.’