Michelle Gellar has been tapped to star in and executive produce Paramount+’s upcoming Teen Wolf offshoot series Wolf Pack, according to Deadline.

Dressed in a black leather ensemble, the actress broke the news to fans when she crashed a panel for the streamer’s upcoming Teen Wolf: The Movie at 2022 Comic-Con in San Diego on Thursday.

Teen Wolf: The Movie writer/executive producer Jeff Davis and stars Tyler Posey and Tyler Hoechlin were on the stage at the time Gellar made her surprise announcement. 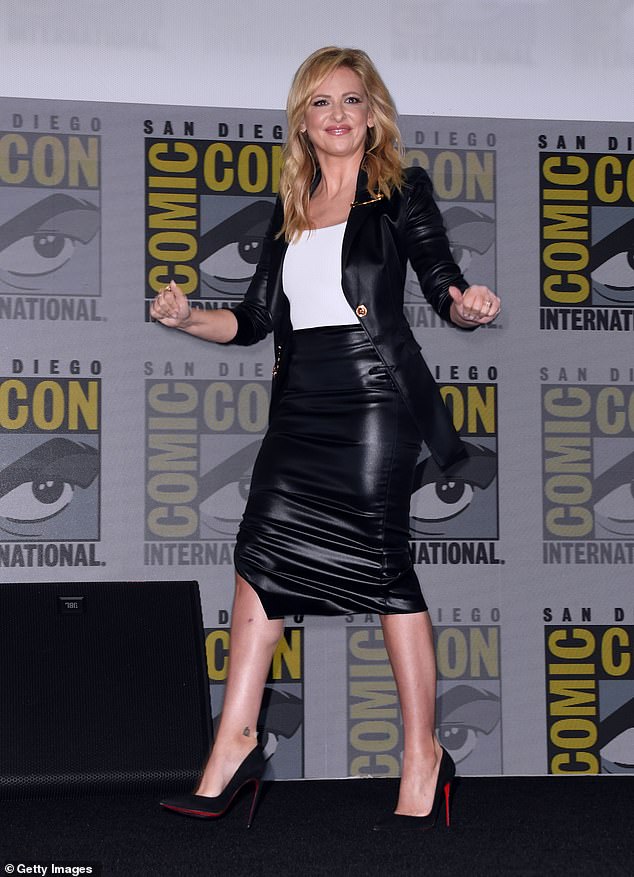 Written and produced by Davis, who’s also the creator of Criminal Minds, the upcoming Wolf Pack series is based on the book series by Edo Van Belkom.

The supernatural drama ‘centers on two teenagers, Everett and Blake (Armani Jackson and Bella Shepard), whose lives are changed forever when a wildfire awakens a terrifying supernatural creature.’

Gellar, 45, will be playing arson Investigator Kristin Ramsey, ‘a highly regarded arson investigator who’s tasked with finding the person who started the wildfire.’

But as the story unfolds there are signs that the blaze may have also led to the reawakening of a supernatural predator terrorizing Los Angeles. 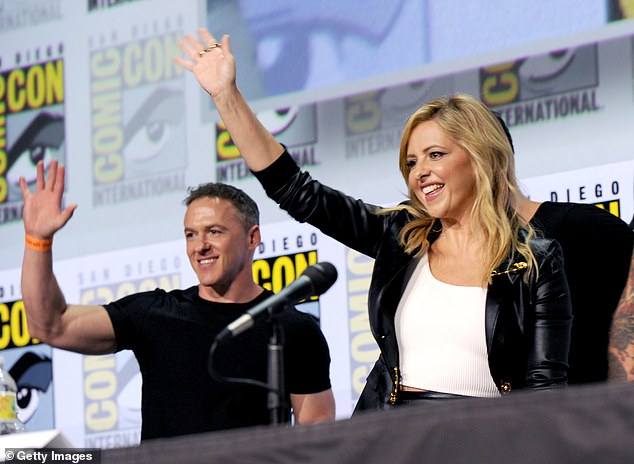 Room buzzing: Wolf Pack writer and producer Jeff Davis was stage when Gellar’s casting was announced during the panel for Paramount+’s upcoming Teen Wolf: The Movie at 2022 Comic-Con at the at San Diego Convention Center 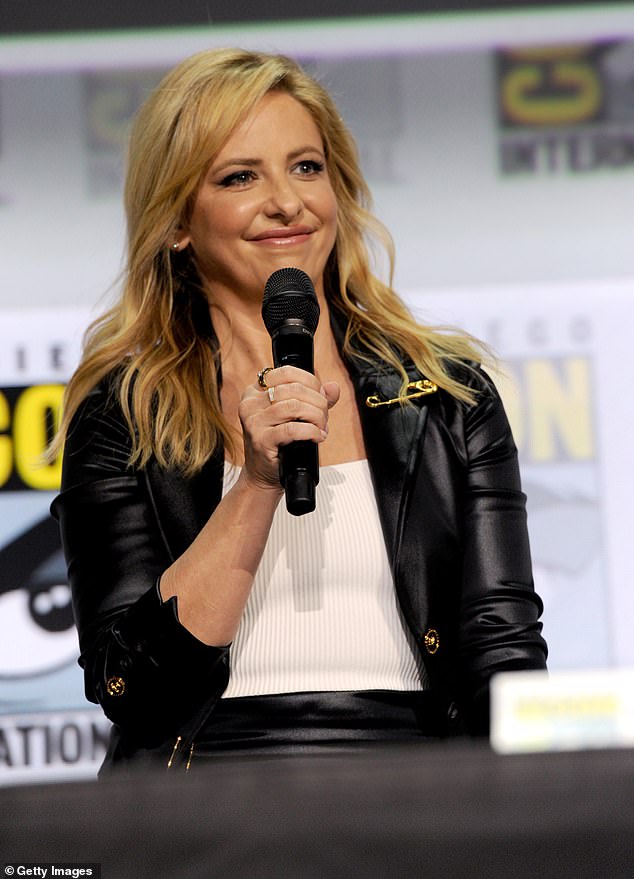 Beaming; Gellar was all smiles after announcing the news of her casting in Wolf Pack, which also includes serving double duty as executive producer 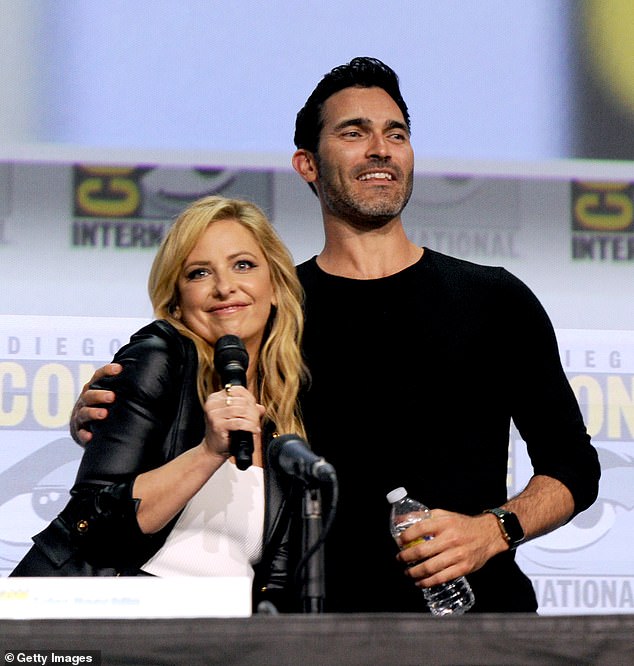 Promo mode: Actor Tyler Hoechlin was also on stage for the Teen Wolf: The Movie panel when Gellar broke the news of her role in Wolf Pack

Along with Gellar, Jackson and Shepard, the cast also includes Chloe Rose Robertson as Luna and Tyler Lawrence Gray as Harlan.

Gellar is popular with many within the Comic-Con contingent, due to her wildly popular role as Buffy Summers in Buffy The Vampire Slayer.

The supernatural drama series had a run of seven seasons, premiering in March 1997 on The WB and concluding in May 2003 on UPN. 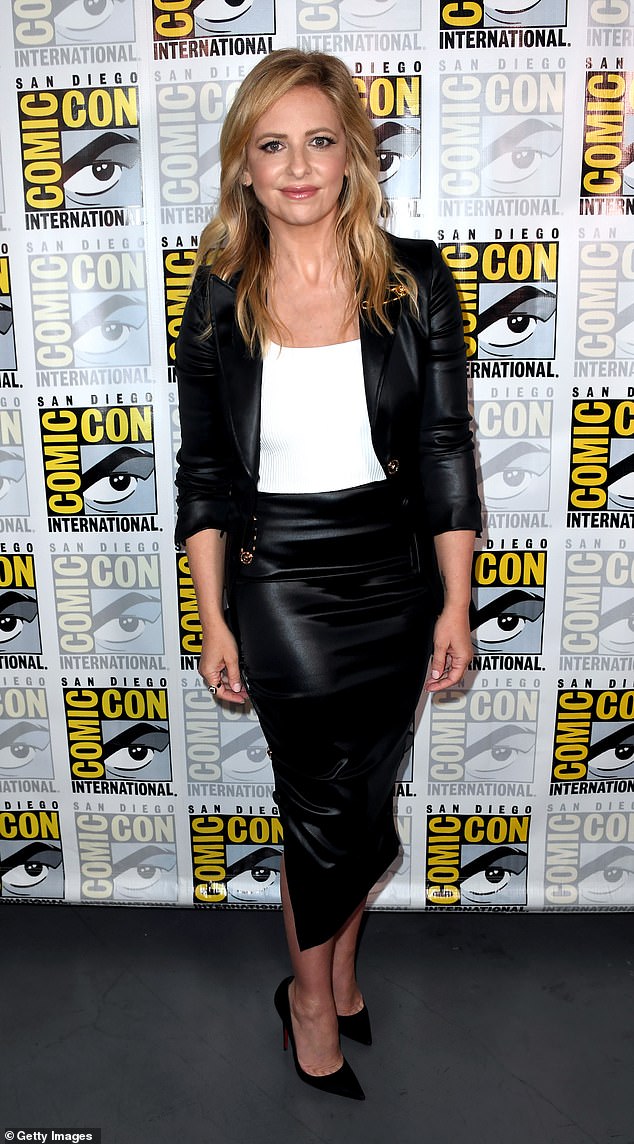 Lady in black: The Buffy The Vampire star showed off her fab figure in a black skirt, that appeared to be leather, a matching jacket and heels 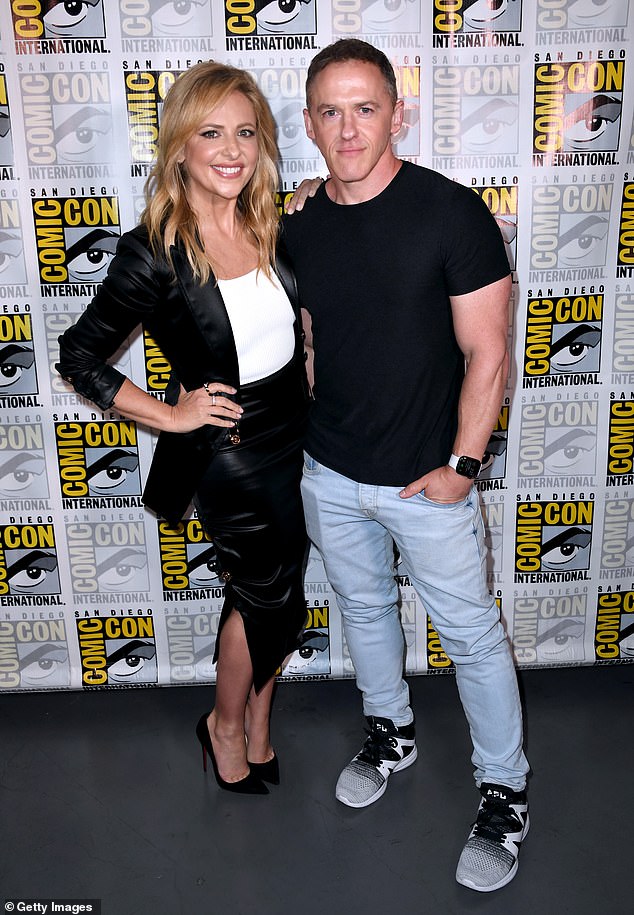 Red carpet moment: Gellar also snuggled up next to Davis during the photo op for the panel 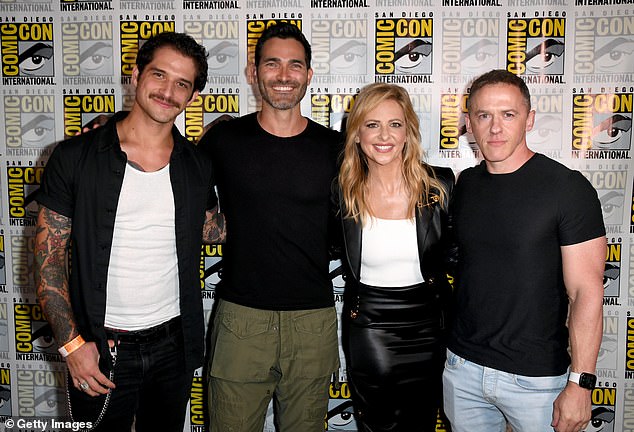 Show of support: Teen Wolf: The Movie stars Tyler Posey and Tyler Hoechlin and writer/executive producer Jeff Davis were on the stage at the time Gellar made her surprise announcement about Wolf Pack; they also joined together for a few photos behind-the-scenes

Gellar played up the drama surrounding her casting announcement in Wolf Pack by taking to her Instagram page and posting a photo of herself decked out in her black leather skirt and jacket combo.

‘All dressed up… but where should I go?!?’ she joked in the caption.

Her ensemble and overall look also included a white fitted top, black heels and her blonde tresses styled long and flowing past her shoulders with a part on the left.

Davis and Gellar will be executive producing alongside Joe Genier and Mike Elliott of Capital Arts and Jason Ensler.

Wolf Pack is scheduled to premiere later this year in the U.S. and internationally where the streaming service is available. 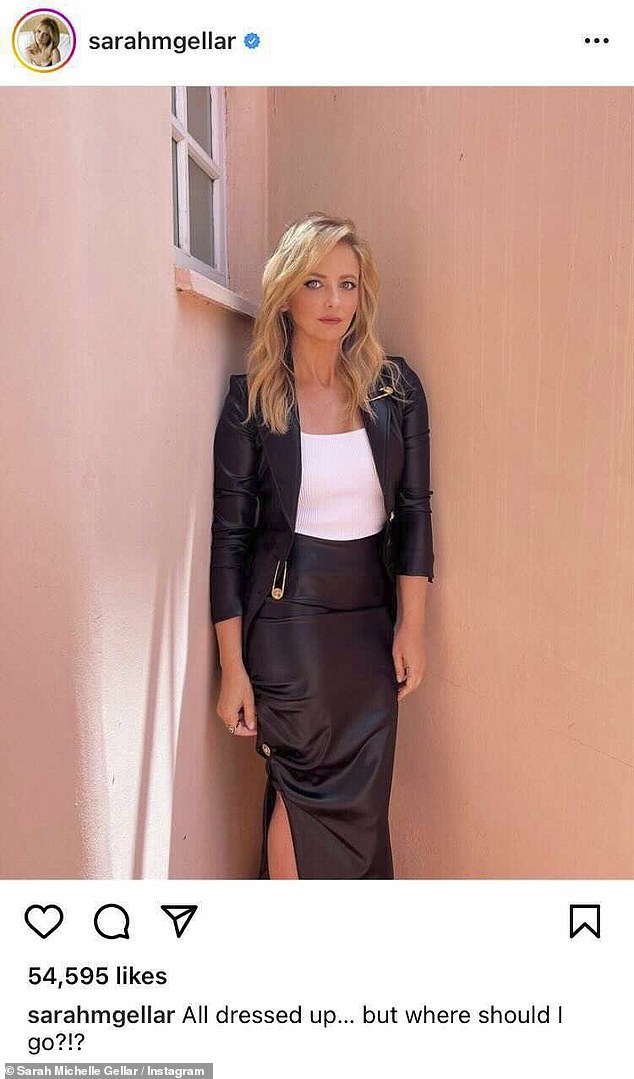