She rose to fame over the summer on the 2019 series of Love Island.

And Belle Hassan was joined by her co-stars Francesca Allen, Joanna Chimmonides, Jordan Hames and Michael Griffiths for a wild night out at Manchester’s BLVD bar on Friday.

The reality star, 21, set pulses racing in a plunging pink PVC minidress as she arrived at the bar with her reality TV pals.

Fabulous: Love Island’s Belle Hassan, 21, set pulses racing in a plunging pink PVC minidress as she enjoyed a night out with co-star Francesca Allen [R] in Manchester on Friday

Belle set pulses racing in the outfit, which she teamed with a pair of black strapped heels and a silver necklace.

She also went for a simple black handbag to accessorise and her blonde locks were styled in loose curls.

Francesca, 24, also oozed sex appeal in her outfit by opting for a leopard print bustier top.

The star wore the daring piece underneath a black blazer which she paired with matching velvet leggings. 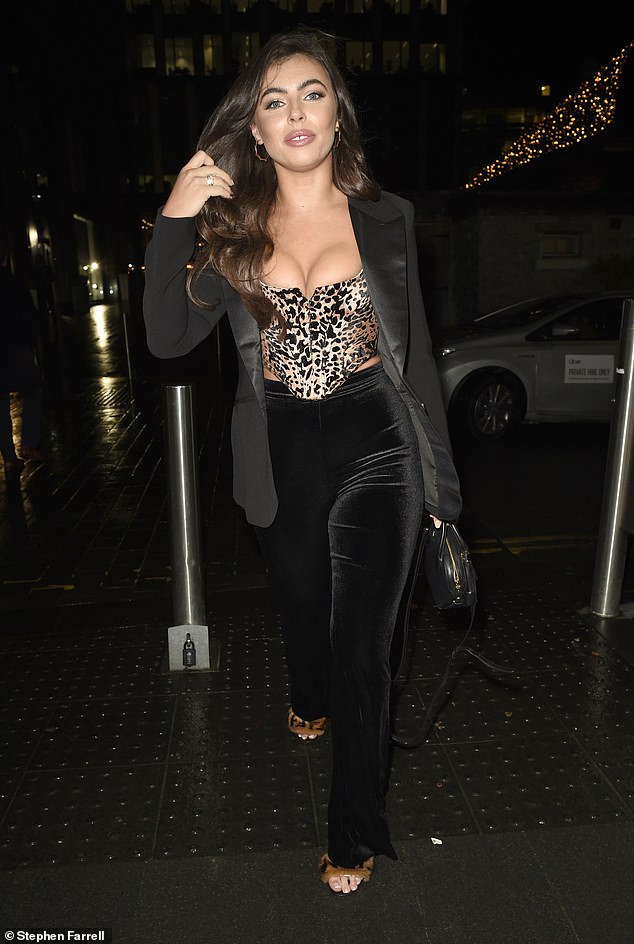 Rival: Francesca, 24, competed with Belle with her outfit, a leopard print bustier top which left little to the imagination 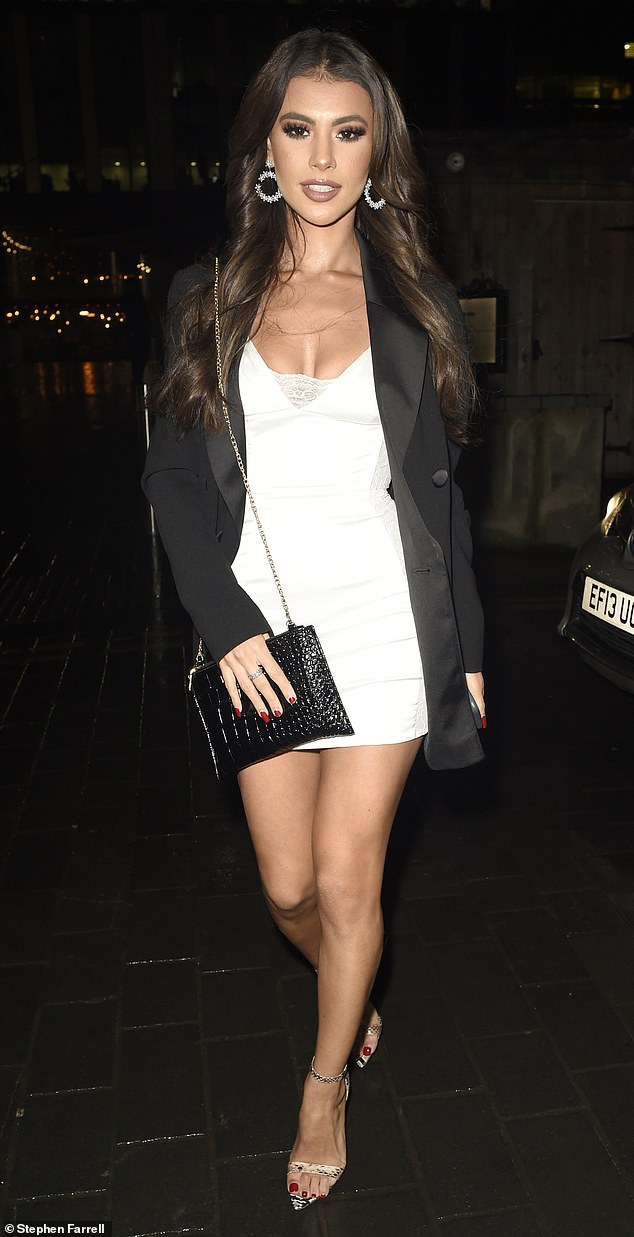 Joanna, 23, looked every inch the glamour girl in a white mini dress and floral loop earrings, with her brunette tresses flowing freely.

And Maria, 23, showed off a black satin crop top with a feather trim and matching mini skirt.

Jordan, 24, opted for a Burberry T-shirt and tight ripped jeans, while Michael, 27,  opted for a stylish denim jacket worn over a white sweater. 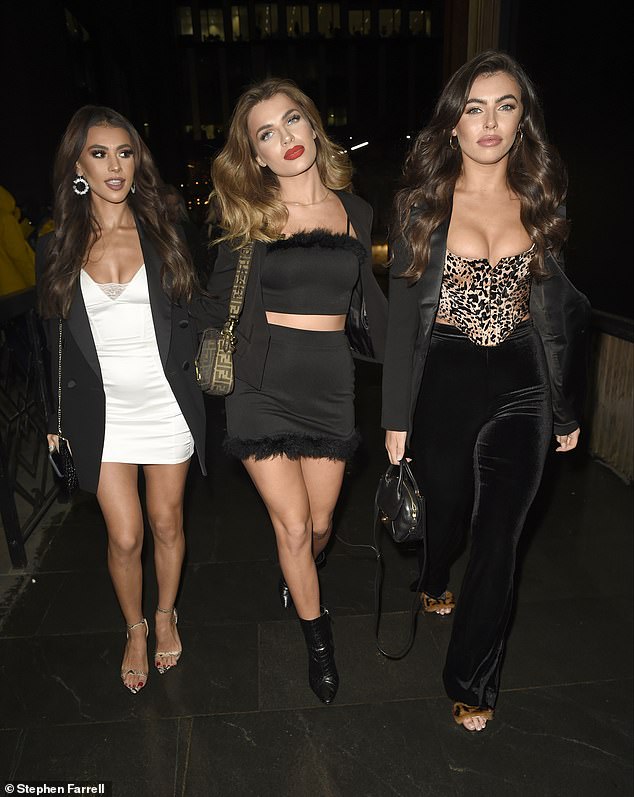 Mega: The three stepped out together outside the restaurant, with Maria Wild (centre), 23, wowing in a black satin crop top with a feather trim and matching mini skirt

The group’s outing comes after Belle celebrated with Joanna at her 23rd birthday at Menagerie in Manchester last month.

The girls pulled out all the stops for the occasion, with Belle showing off a liberal amount of skin in a lingerie-flashing, sheer dress.

They kept the party going well into the evening, proving how close they have remained since leaving Love Island in the summer.

And Francesca stepped out when she left Bluebird restaurant in Chelsea, on Tuesday. 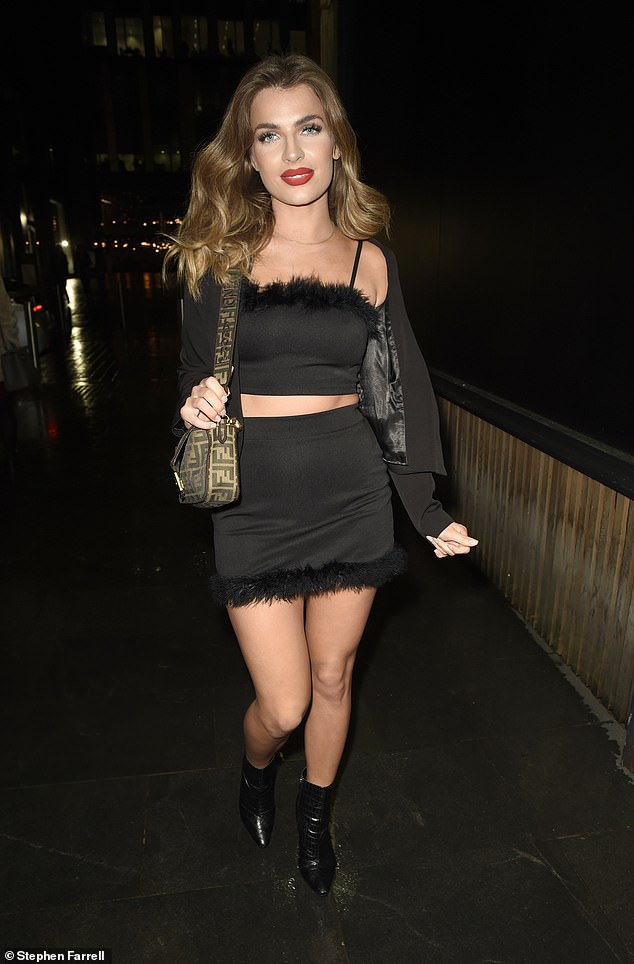 The reality star donned a black mini-dress for the evening which also featured a sheer long-sleeved polka dot detail.

She rose to fame when she entered the Love Island villa towards the end of the show, choosing to couple up with dancer Curtis Pritchard, 23, until he ditched her for ring girl Maura Higgins, 28.

She then was paired with Liverpudlian fireman Michael by default and formed a friendship couple, but the pair were quickly dumped from the villa by their co-stars.

Francesca was praised for her composure during her brief stay in the ITV2 dating show’s villa, with many viewers suggesting she didn’t get the chance to shine. 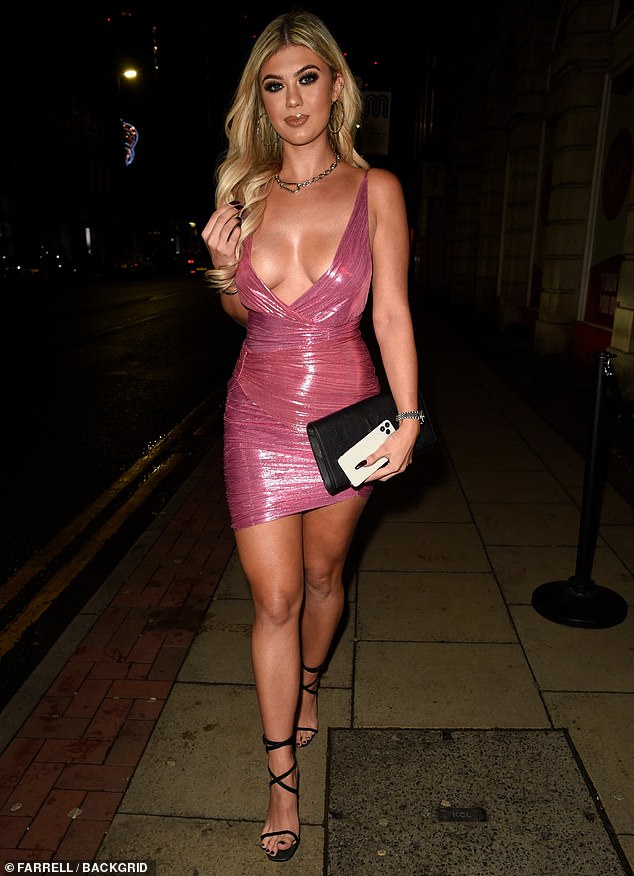 Diva: Belle set pulses racing in her outfit, which she teamed with a pair of black strappy heels and a silver necklace

Despite going on Love Island to find romance, Francesca recently revealed the show has hindered her chance of finding a boyfriend.

She told MailOnline some men are too intimidated to approach her at parties – but after years of being in relationships she’s learned to be content on her own.

She said: ‘You go out and you’ll see guys and they look at you because maybe they recognise you – but then they’re shyer. I’m not going to meet anyone at an event.

‘I’m still single but I was always in a relationship prior to going on Love Island. I feel like now after being on the show I’ve got much more confidence and I feel it is OK for me to be myself. I’m quite content with being on my own.’ 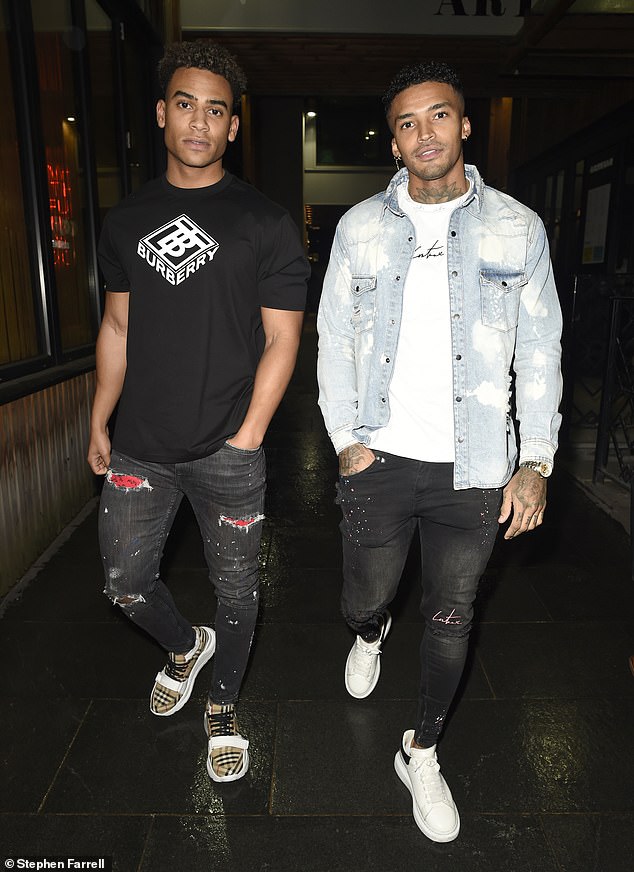 Top dogs: Jordan Hames, 24, and Joanna’s former flame Michael Griffiths, 27, looked dapper in their ensembles for the night out