She caused a stir when she made her Love Island villa debut on Wednesday night.

But while she might have her sights set on boxer Tommy Fury, 20, Maura, 28, lists herself as ‘engaged’ on shopping app, depop.

She sells used lingerie such as a lace bodysuits, swimsuits and bikini on the online marketplace, for as little as £9. 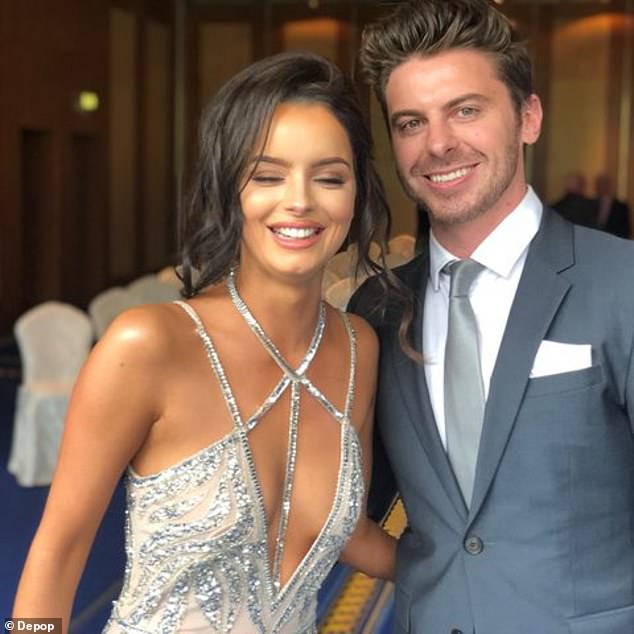 Put a ring on it: Love Island’s Maura Higgins listed herself as ENGAGED on depop –  it’s unknown if her fiancé was this man, who regularly featured on her account up until last year 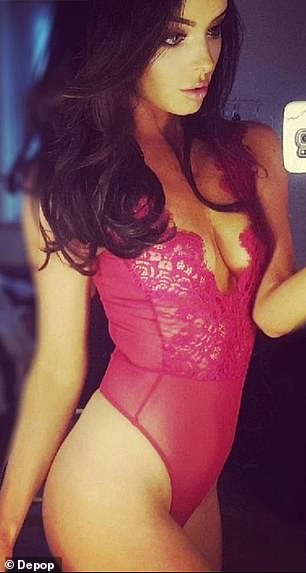 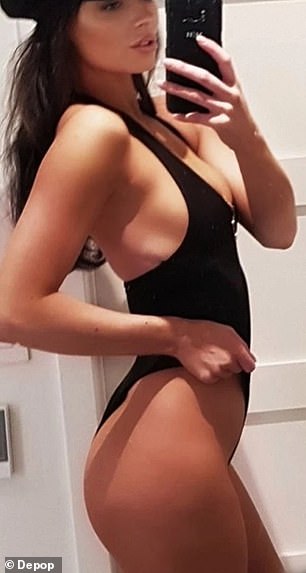 Recycling: The Love Island newbie has been selling her used lingerie and swimwear on her account with items going for as little as £9 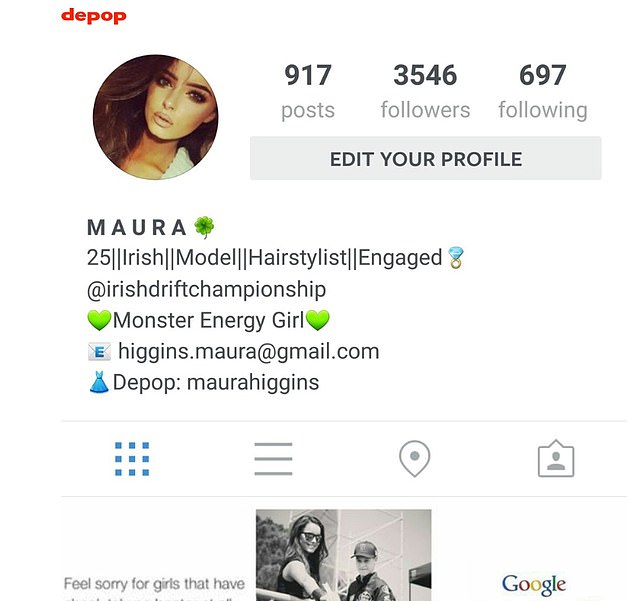 What happened? Not so unlucky in love: Maura shared a snip from her Instagram account on depop three years ago, listing herself as engaged – a Love Island rep claims she’s now single

Maura listed her engaged status when she posted a snip of her Instagram bio from three years ago onto the account.  A year before, she wrote that she was ‘taken.’

A few pictures appear of Maura and a handsome hunk on her account and while it is not yet confirmed if he was her fiancé, the same man last appeared on her account in 2018.

It’s currently unknown if the man in the pictures is who she was engaged to. 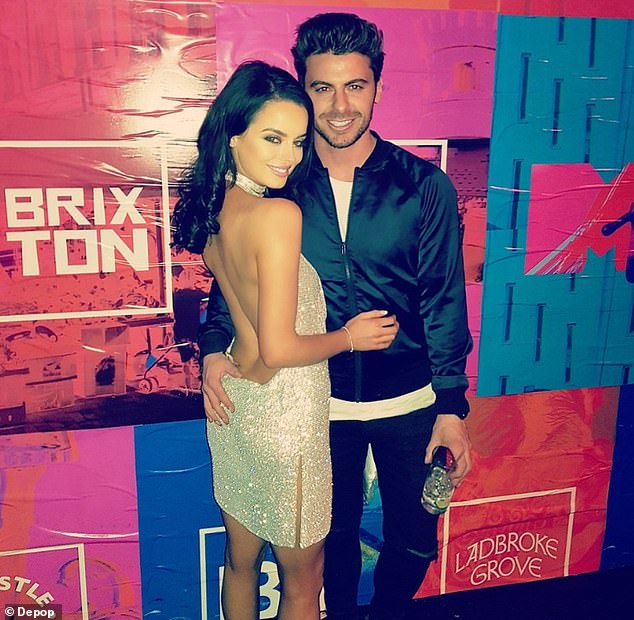 Is it him? The unknown handsome hunk in Maura’s pictures appeared to be very cosy with her and was last pictured with her in 2018 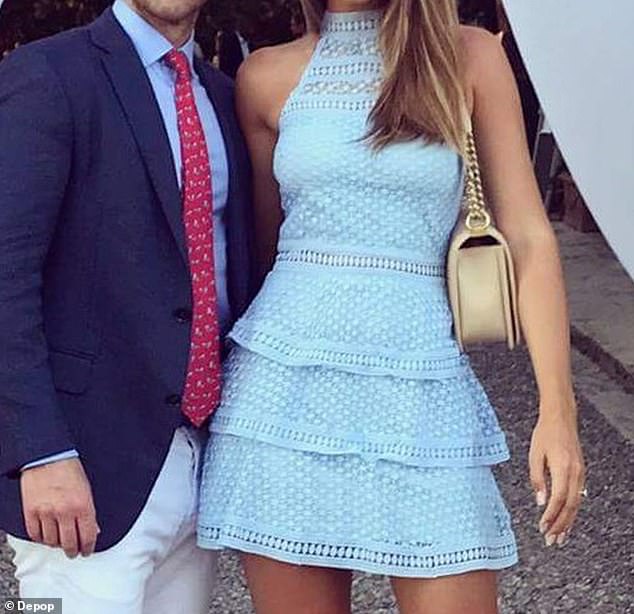 The grid girl has not yet mentioned her previous betrothal and it’s worth noting that she and Tommy currently have the same management. 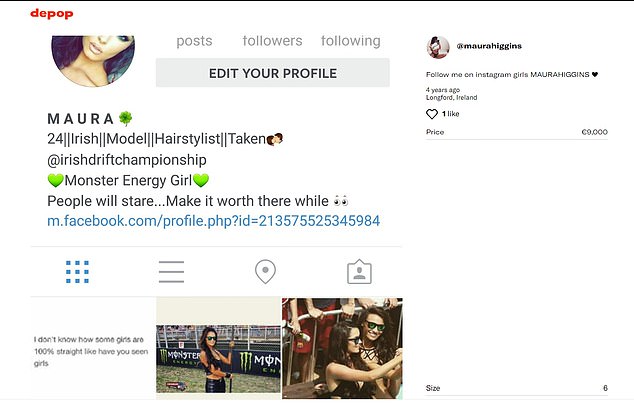 Update: Four years ago, Maura stated that she was ‘taken’, before she was proposed to – proving the relationship was long-term 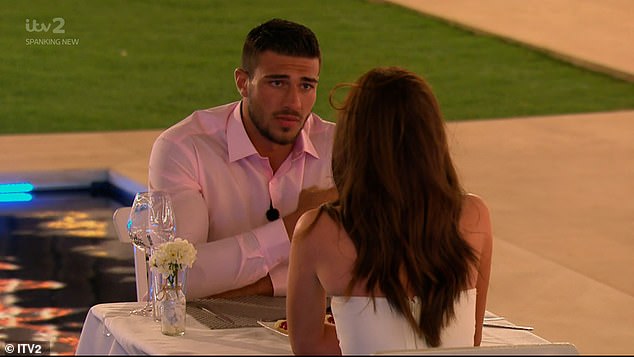 Checking him out: Maura’s debut on the show on Wednesday saw her enjoy a date with boxer Tommy Fury, 20 – they have the same management but may never have met

However, it is possible that Maura has a professional account and a personal one which may be kept quiet.

Maura’s depop account is littered with pictures of previous outfits she has worn, as she likes to keep her wardrobe fresh. 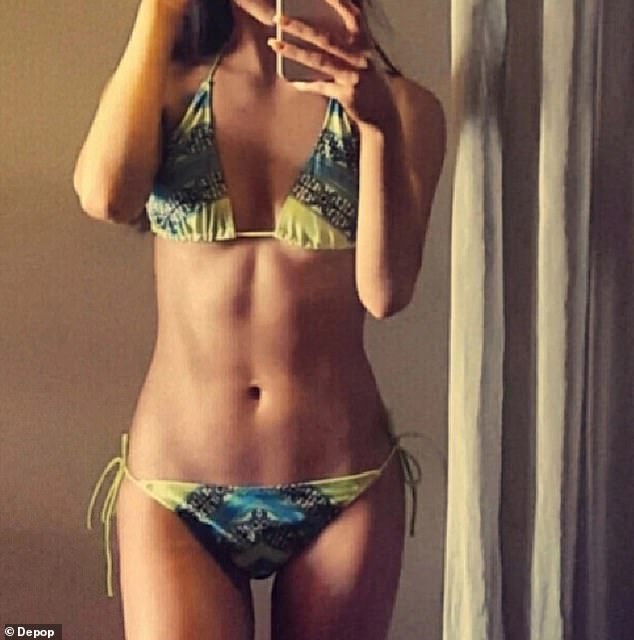 Making ends meet: One of the examples of a bikini that she was selling after wearing

Tatt’s unusual: Maura looks incredible in all her swimwear shots – she has quite the inkings, too!