EXCLUSIVE: ‘There’s only so many storylines you can do’: Mario Falcone admits TOWIE isn’t ‘as strong’ as it used to be as he returns to the show with son Parker

Mario Falcone has admitted TOWIE isn’t as ‘strong’ as it was during its earlier years as ‘there’s only so many storylines you can do’.

The reality star, 32, is returning to the show in the new series for a one-off appearance where he will be joined by his son Parker, 22 months.

Mario was a cast member on the show from 2011 to 2018 and told MailOnline there were times in the past when he thought it would come to an end. 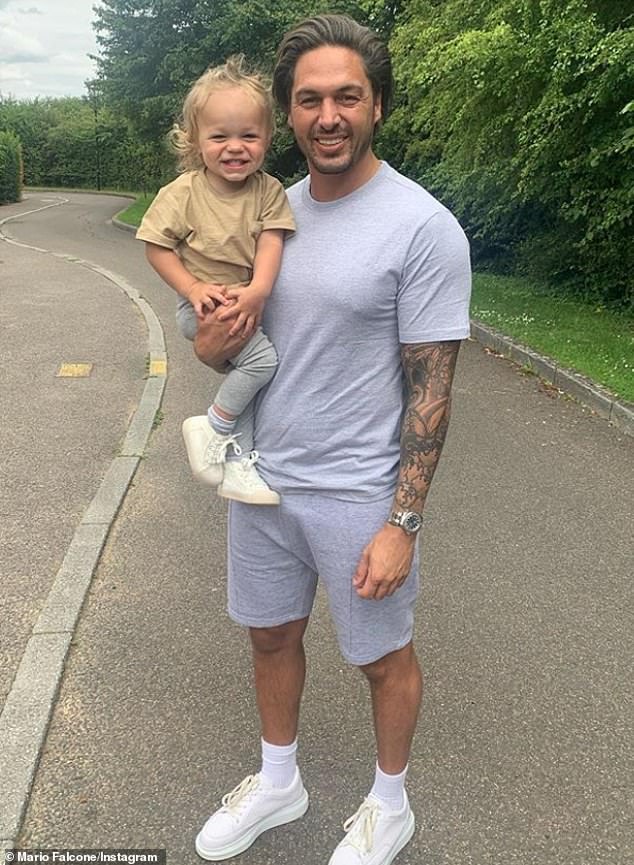 Mario Falcone, 32, has admitted TOWIE isn’t as ‘strong’ as it was during its earlier years as ‘there’s only so many storylines you can do’ (pictured with his son Parker, 22 months)

He said: ‘I remember thinking years ago, “this will be the last series now, it’s going to be done.”

‘Maybe it’s not as strong as it used to be. There’s only so many storylines you can do. You end up doing the same storylines you did with the originals as with new people.’

A majority of the show’s original stars have left over the years and have been replaced with new faces.

Along with Mario, TOWIE made stars out of the likes of Mark Wright, Amy Childs, Sam Faiers, Gemma Collins and Ferne McCann. 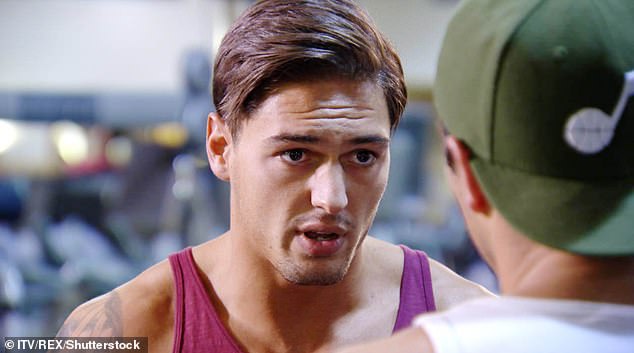 Back in the day: Mario was a cast member on the show from 2011 to 2018 and told MailOnline there were times in the past when he thought it would come to an end (pictured in 2011)

Speaking about being back in front of the camera with his son, Mario said the tot, who he shares with fiancée Becky Miesner, took to the limelight well.

He said: ‘[Parker] wasn’t phased really. He was very smiley. We did a thing at the end for the 10 year anniversary, it was very cute. He’s actually really good.

‘Sometimes he will do something naughty but on a whole, we can’t complain so far. He makes it a complete delight to be a dad. He’s starting to get my stubborn streak. 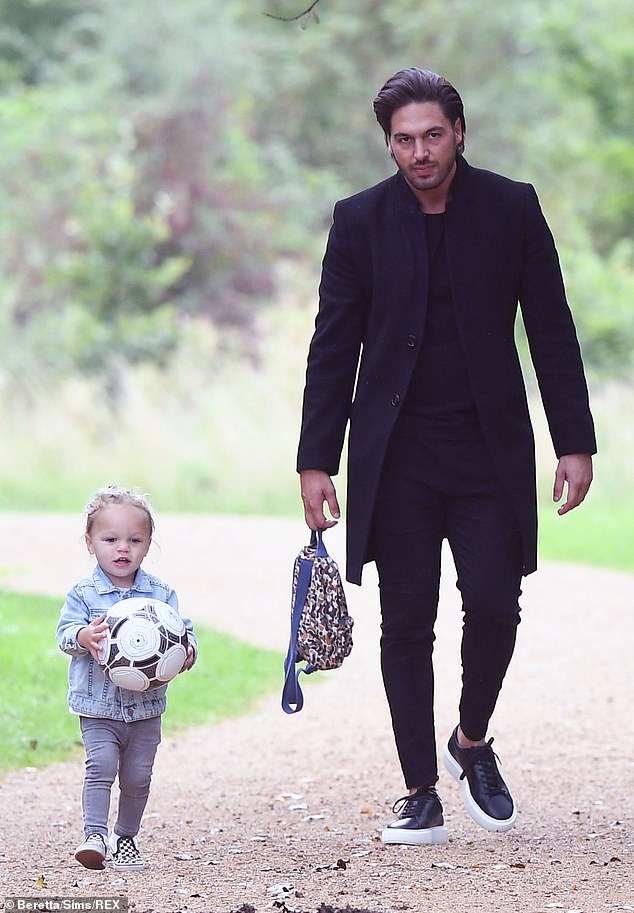 He said: ‘You end up doing the same storylines you did with the originals as with new people’ (Mario filming his appearance on TOWIE earlier this month)

Mario and Becky welcomed Parker into the world in November 2018 with the proud father previously revealing his brother-in-law Tom Fletcher gave him lots of advice before the baby was born.

Speaking to OK! Magazine, he said: ‘Tom and I went for a walk and had a good chat and he gave me loads of advice.

‘He said you don’t know until you hold the baby… that feeling that comes over you. It changes your world.  Nothing else matters, it’s just all you care about and all you live for.’

Tom is married to Mario’s sister Giovanna and the couple are parents to Buzz, six, Buddy, four, and Max, two. 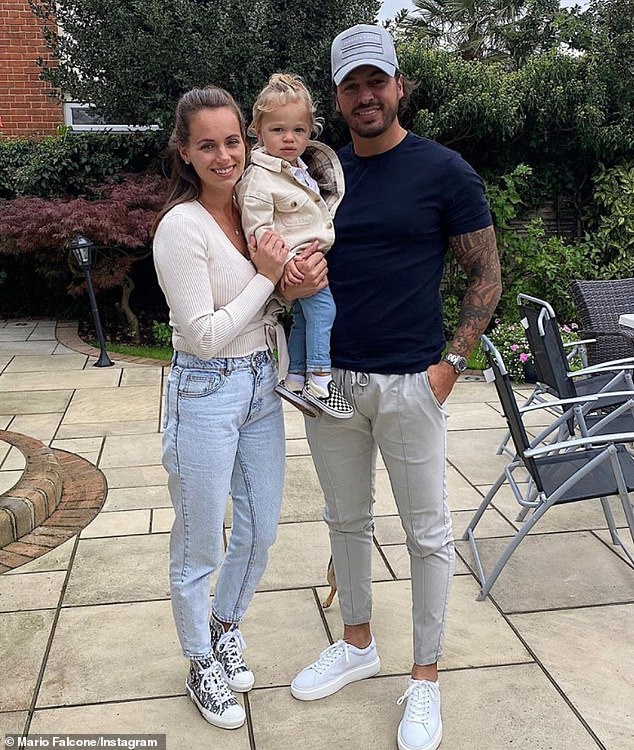 Family: Mario shares Parker with his fiancée Becky Miesner, with the couple welcoming their son in November 2018

Mario doesn’t think he would return to TOWIE on a full-time basis as his new life as a father and husband-to-be doesn’t suit the dramatic nature of the show.

He told MailOnline: ‘It’s a tough one because the show is based on a lot of drama and I haven’t got time for that.

‘If I got to just do things with Parker [that would be great], but that doesn’t really fit the demographic of what TOWIE is and I understand that.’

TOWIE returns to ITVBe on Sunday September 13 at 9pm. 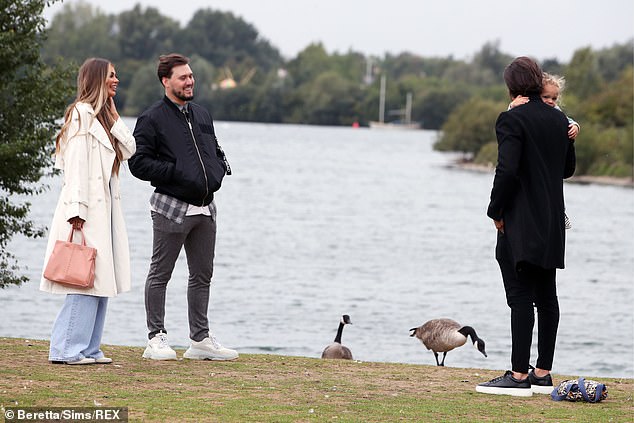 Reunion: Mario met up with his longtime pals Chloe and Charlie Sims for a socially distanced chat while filming for the show (pictured earlier this month)