Home » Celebrities » Matthew Perry claims he made out with Valerie Bertinelli

Matthew Perry claims he MADE OUT with 90s ‘Sydney’ sitcom co-star Valerie Bertinelli while husband Eddie Van Halen was passed out, in bombshell new memoir

Matthew Perry delves into some of his past romantic obsessions, including his infatuation with his one-time costar Valerie Bertinelli, in his upcoming memoir Friends, Lovers, And The Big Terrible Thing.

Perry, 53, claims in his memoir that his crush on the former child star, now 62, became so intense that he ended up making out with her one night after her then-husband Eddie Van Halen had allegedly passed out, according to Page Six. DailyMail.com has reached out to representatives for Bertinelli for comment.

The actor, who also delved into his odd feud with Keanu Reeves in the upcoming book, recently sat down for a forthcoming interview with Diane Sawyer in which he discussed the importance of having friends and a social safety net to combat his years-long struggle with addiction. 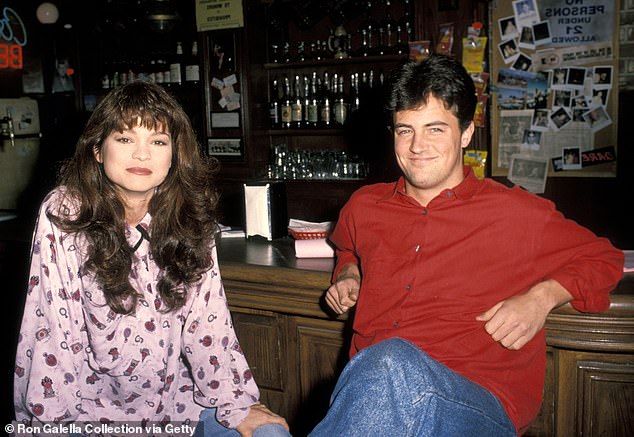 His idol: Matthew Perry, 53, claims he once made out with his Sydney costar Valerie Bertinelli in his upcoming memoir, according to Page Six; seen in 1990

Perry writes in his memoir that his stint as Valerie’s brother on Sydney got intense because he ‘fell madly in love with Valerie Bertinelli, who was clearly in a troubled marriage.’

He adds, ‘My crush was crushing; not only was she way out of my league, but she was also married to one of the most famous rock stars on the planet, Eddie Van Halen.’

Perry details how intense his infatuation with the actress was, leading him to plan out a future together.

‘It is important to point out here that my feelings for Valerie were real. I was completely captivated — I mean, I was obsessed with her and harbored elaborate fantasies about her leaving Eddie Van Halen and living out the rest of her days with me,’ he writes. 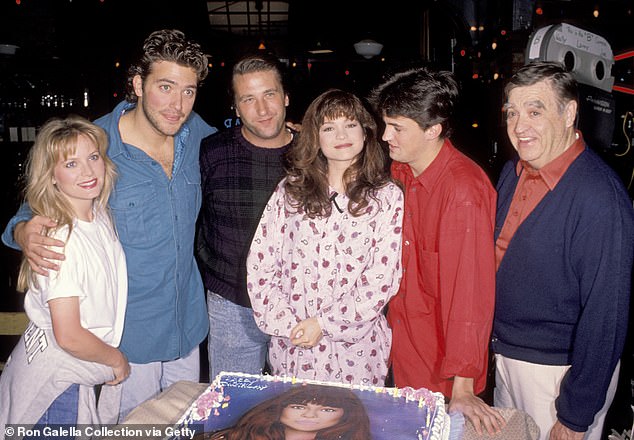 Infatuated: Perry ‘fell madly in love with Valerie’ while playing her brother on the series, and he says it seemed as if her marriage was ‘troubled’ 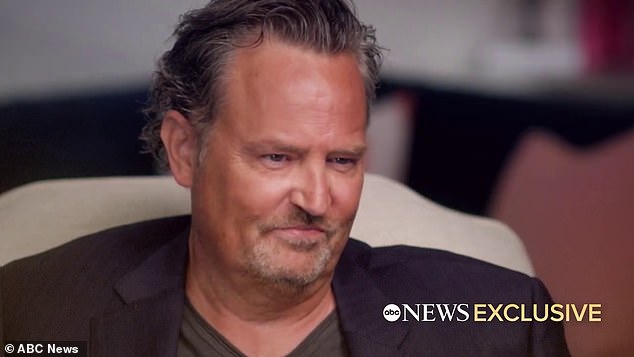 At last: Perry says he and Bertinelli ended up making out one night at her house after Van Halen had passed out from drinking too much

Things finally escalated when he was invited over to Bertinelli and Van Halen’s home, at which he was ‘just hanging out and gazing at Valerie, trying to make her laugh.’

‘When you made her laugh, you felt ten feet tall,’ he gushes.

But ‘Eddie had enjoyed the fruits of the vine a little too hard, one more time, and eventually he just passed out, not ten feet away from us,’ Perry says, adding that, ‘This was my chance!

‘If you think I didn’t actually have a chance in hell you’d be wrong, dear reader — Valerie and I had a long, elaborate make-out session. It was happening — maybe she felt the same way I did.’

He claims Bertinelli even seemed to reciprocate his affections.

‘I told her I had thought about doing that for a long time, and she had said it right back to me,’ Perry says. 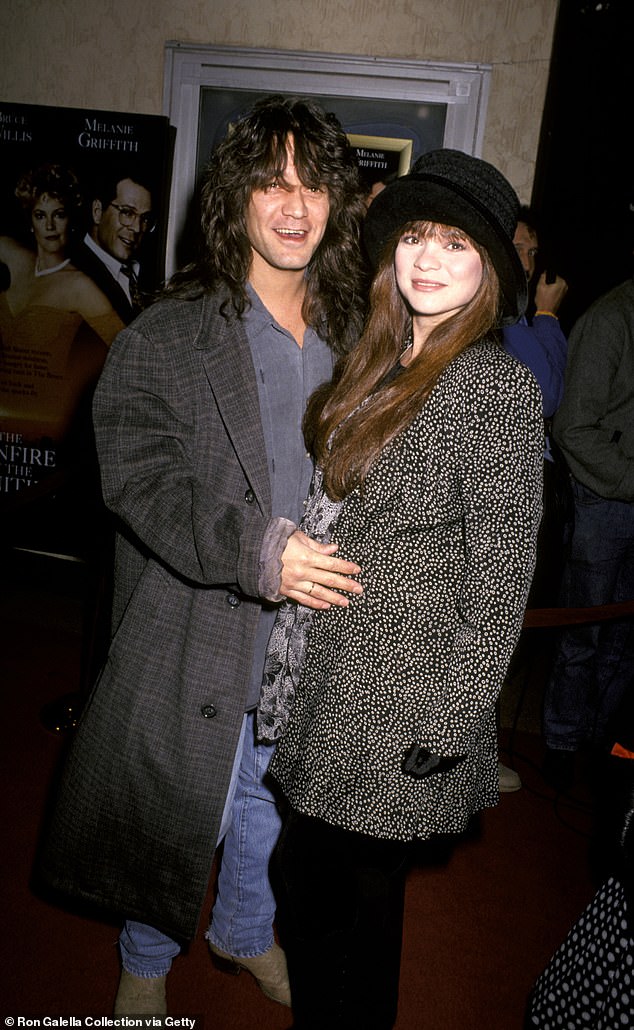 Failure: But she acted normal upon returning to work, and the two never spoke of the tryst again. He said he was relieved when the show was canceled; Bertinelli and Van Halen seen in 1990

But when he confessed about the night with Bertinelli to his costar Craig Bierko, Bierko was cautious rather than optimistic and told him to watch himself.

As for Bertinelli, she ‘made no mention of what had happened and was behaving — as she should have been — like this was just a normal day.

‘I quickly got the hint and also played the role I was supposed to, but inside I was devastated,’ Perry says.

Bertinelli’s professionalism allegedly led to sleepless, tearful nights for the future Friends star, and he saw the failure of Sydney as an escape from the obsession, as he ‘didn’t have to see Valerie anymore.’

The actor gives a Freudian explanation for his attraction to Bertinelli and other women who couldn’t love him back.

‘I have spent my life being attracted to unavailable women. It doesn’t take a psychology degree to figure out that this had something to do with my relationship with my mother,’ he writes. 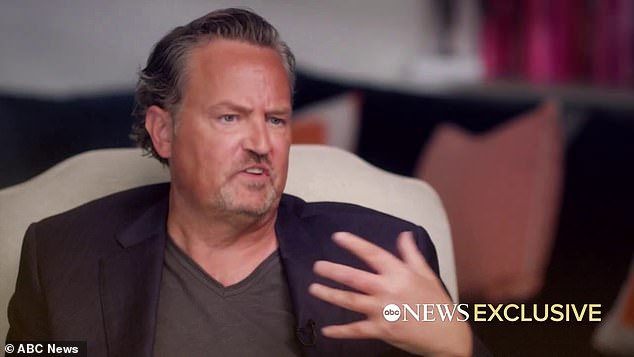 Freudian: ‘I have spent my life being attracted to unavailable women. It doesn’t take a psychology degree to figure out that this had something to do with my relationship with my mother,’ he writes 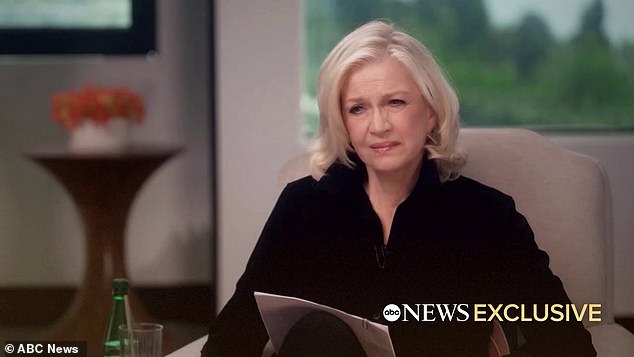 It takes a village: In an excerpt from his interview with Diane Sawyer, Perry talks about how ‘Addiction is far too terrible for anyone to defeat alone’

The latest excerpt from his book arrives ahead of Perry’s interview with Diane Sawyer for ABC News, in which he details the importance of having a support system to combat addiction.

Sawyer notes in the newest clip that Perry is sending ‘postcards from hell to anyone who needs it.’

She says that the actor, who spent weeks in a coma after his colon ruptured due to his opioid use, had gone through ‘600 AA meetings,’ along with ’30 years’ of therapy and 15 stints in rehab.

‘Addiction is far too terrible for anyone to defeat alone, but together, one day at a time, we can beat it down,’ Sawyer reads from his memoir.

‘Your disease is just outside, just doing one-arm pushups, just waiting for you, waiting to get you alone. Because alone, you lose to the disease,’ Perry warns. 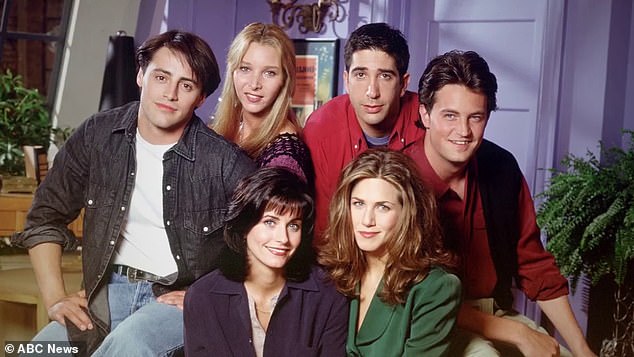 In the company of Friends: ‘Your disease is just outside, just doing one-arm pushups, just waiting for you, waiting to get you alone. Because alone, you lose to the disease,’ Perry warns

However, he added that now he finally feels ‘OK’ and has some ‘strength.’

He explained that being ‘OK’ means he has ‘developed some safety nets around this. I’m doing really well now.

‘For some reason — it’s obviously because I was on Friends — more people will listen to me,’ he added.

His fame and platform made him see the confessions of his memoir as a form of reaching out to help others.

‘I’ve got to take advantage of that. I’ve got to help as many people as I can,’ he says.

Perry’s memoir Friends, Lovers, And The Big Terrible Thing will be published on November 1. 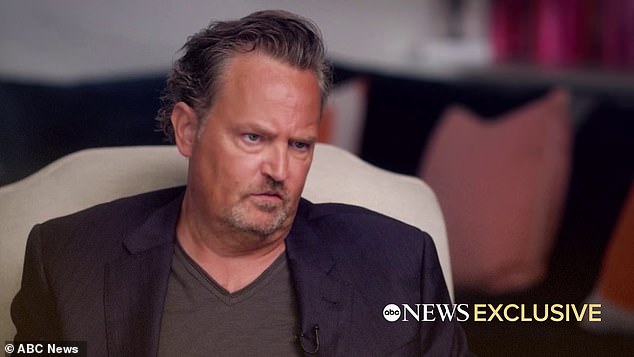 Helping others: ‘For some reason — it’s obviously because I was on Friends — more people will listen to me,’ he added. ‘I’ve got to take advantage of that. I’ve got to help as many people as I can’