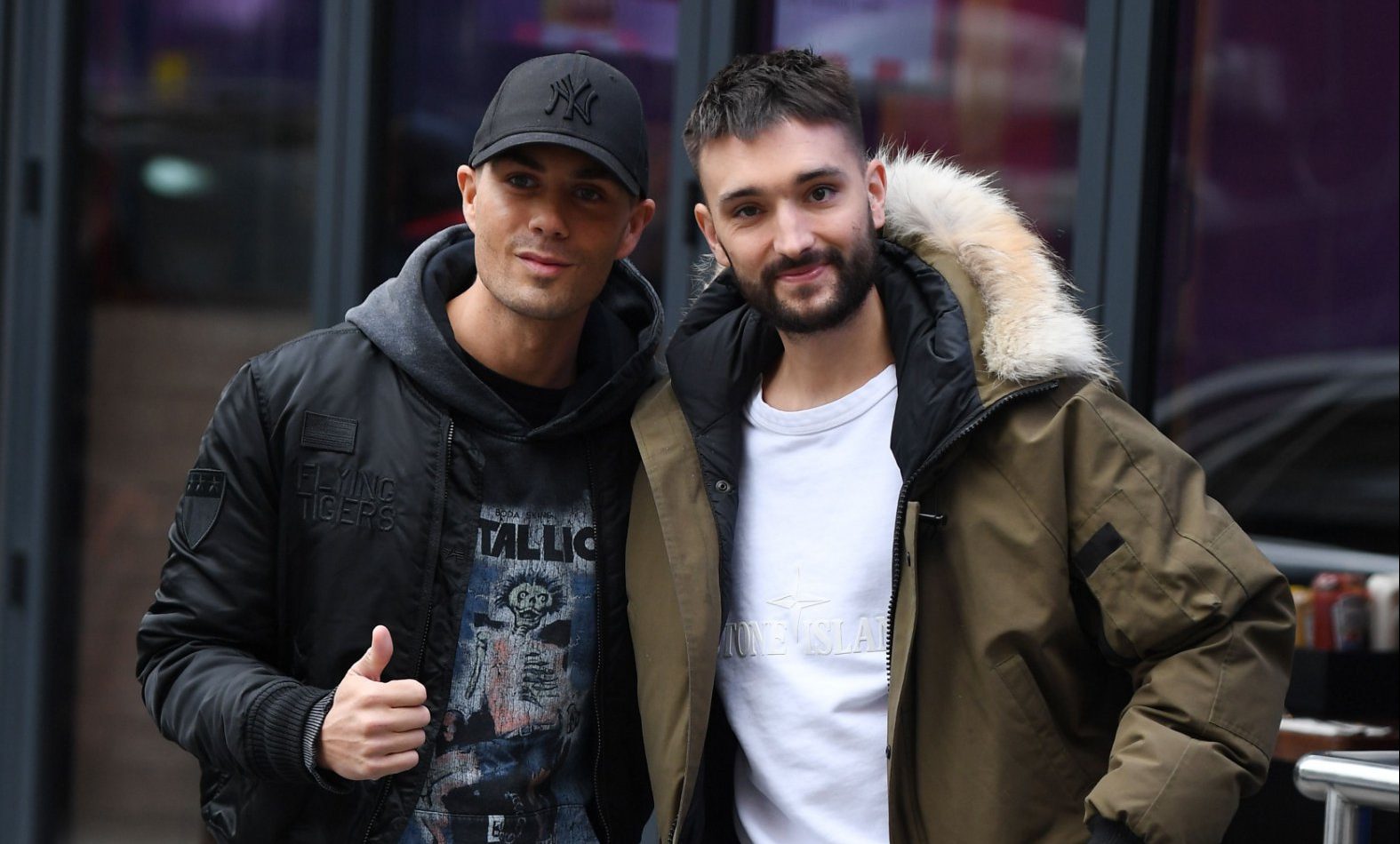 Tom Parker’s best friend and bandmate from The Wanted, Max George, has penned a heartbreaking tribute to the late star after his funeral took place earlier this week.

Tom died earlier this month aged just 33, after being diagnosed with an incurable brain tumour back in 2020.

His bandmates – Max, Siva Kaneswaran, Jay McGuiness and Nathan Sykes – all acted as pallbearers at the service on Wednesday, carrying his coffin into the church.

On Friday evening, Max posted a series of pictures from the day, leading with a beautifully framed picture of Tom, decorated with white roses.

He wrote alongside the photos: ‘Good night beautiful boy. I will always think of you.

‘Thanks for making my life so much better than I could ever have hoped for. Carrying you was an honour.

‘You have carried me so many times over the last 12 years. I love you Tom. See you up there brother.’

Max was quickly flooded with comments from famous friends and fans, who were left captured by his poignant words about his friend.

Martine McCutcheon commented: ‘Beautiful words. You have such a big heart and was the bestest friend anyone could have wished for. What you shared in one life was the equivalent of 50 for many others! ✨💖✨ Sending you all my love darling. Martine xxxx.’

The Wanted’s account posted a single heart underneath the heartbreaking words from Max.

It comes after Tom’s bandmates posted a sweet video tribute to him, following the late singer’s funeral on Wednesday.

The four-and-a-half-minute compilation video showed various clips of Parker and his bandmates, who formed the group in 2009, ending with the message ‘we love you brother’.

Set to a piano-backed version of the band’s hit track Gold Forever, which Parker sang the opening line on, the clips included behind-the-scenes snapshots of the band during their recent tour and reunion, as well as their early days and bits from official music videos.

Parker leaves behind his wife Kelsey and two children, with Kelsey delivering a heartbreaking eulogy at her husband’s funeral this week.

She encouraged fans to line the streets as a mark of respect for Parker and live-streamed the private service outside the church on screens in Petts Wood, South London.