‘I’ve been a couch potato’: Michael Douglas, 76, says his short-term memory is deteriorating amid inactivity during the pandemic… after previously blaming marijuana

Michael Douglas has revealed that he is suffering from short-term memory loss.

The actor, 76, who has been married to Catherine Zeta-Jones, 51, for 20 years, opened up about ageing, saying that his forgetfulness is ‘not fine’ anymore.

He said he used to attribute the condition to smoking marijuana but is currently ‘researching’ what else could be the problem as he now thinks something else is to blame and also noted lack of activity in the pandemic has been problematic. 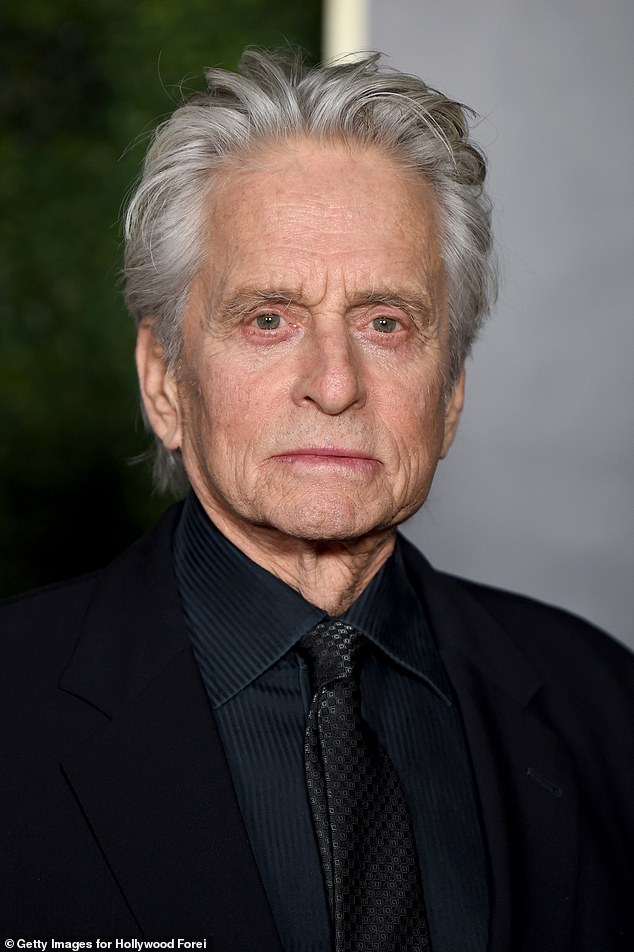 Icon: Michael Douglas has revealed he is suffering from short-term memory loss saying in an interview his forgetfulness is ‘not fine’ anymore (pictured at the Golden Globes in 2021)

Michael was candid about his health battle as he admitted that he has been inactive and thus less stimulated to help keep his mind healthy.

Speaking to AARP magazine, he said: ‘During this Covid-19 period, doing much more couch potato–ing, I have been shocked by the reduction of my stamina.

‘And my long-term memory is fine, but my short-term memory is not. I used to blame it on pot.  But I’ve got some friends who’ve been smoking as long as I have and have fabulous memories, so I don’t think that’s the issue. I’m researching it.’

Michael has spoken openly about his drug use in the past and once described himself as a ‘1967 pothead’ in a 2018 interview. 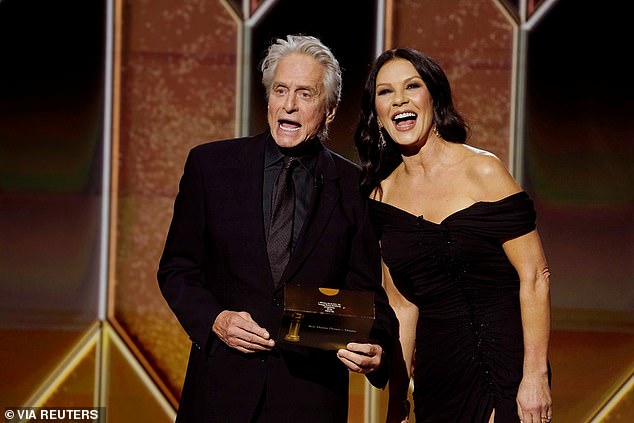 Power couple: The actor, 76, who is married to Catherine Zeta-Jones, 51, said he used to attribute the condition to smoking marijuana but now thinks something else is to blame

Speaking to Cigar Aficionado, Douglas revealed that his 50-year friendship with Danny DeVito started with the question: ‘You get high?’

‘I was on the beach, looking out at the Long Island Sound and this guy walks up to me, with this long head of hair, if you can imagine,’ Douglas said.

‘He says, “You get high?” We were both 1967 potheads, so we smoked a joint and that was the beginning of a long, long friendship.’ 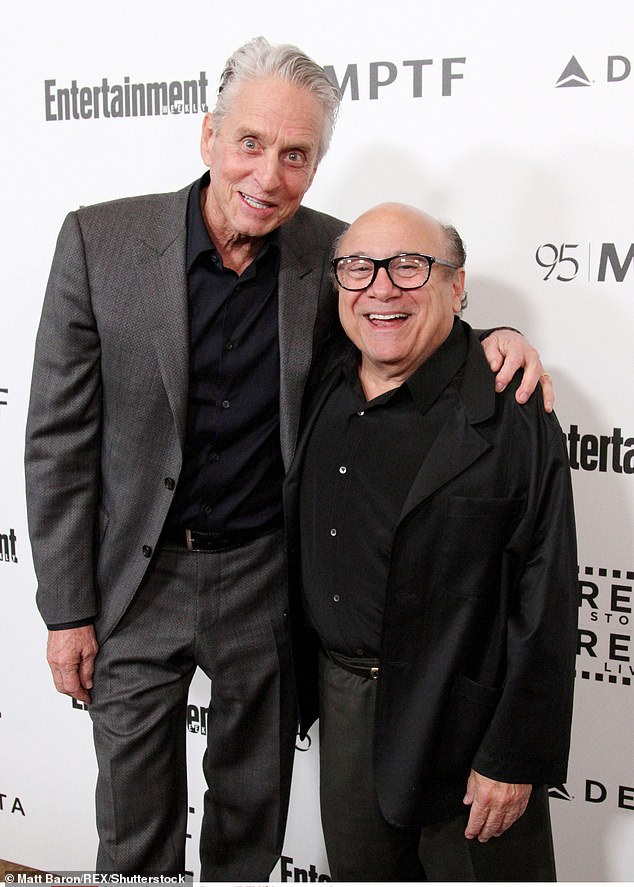 Old friends: Michael has spoken about his drug use in the past and once described himself as a ‘1967 pothead’ in a 2018 interview about his friendship with Danny DeVito (pictured in 2016)

Michael recently reunited with his longtime co-star Kathleen Turner, 66, for the third and final season of Netflix’s hit series The Kominsky Method.

Kathleen made a guest appearance on the series as Douglas’ ex-wife Ruth last year and will be returning in a full-time role as the mother to his daughter Mindy (Sarah Baker).

In the first picture of the pair together, Michael, as Sandy Kominsky, and Kathleen, as Ruth, can be seen sitting together and look in deep conversation. 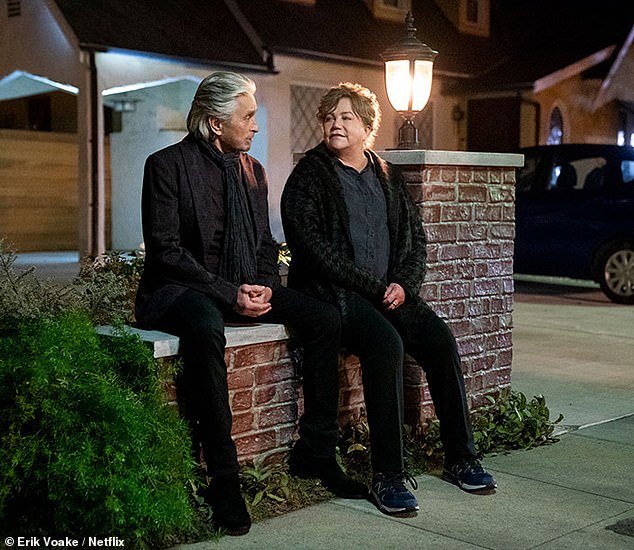 Back together: Michael recently reunited with his longtime costar Kathleen Turner, 66, for the third and final season of Netflix’s hit series The Kominsky Method (pictured)

Speaking about the decision to play his former spouse on the the half-hour comedy-drama about getting older, Turner told People it was a ‘no-brainer.’

‘Michael and I have always been friends but it was fun just to fall back in the rhythm again of our working together,’ she told the outlet in November 2019. 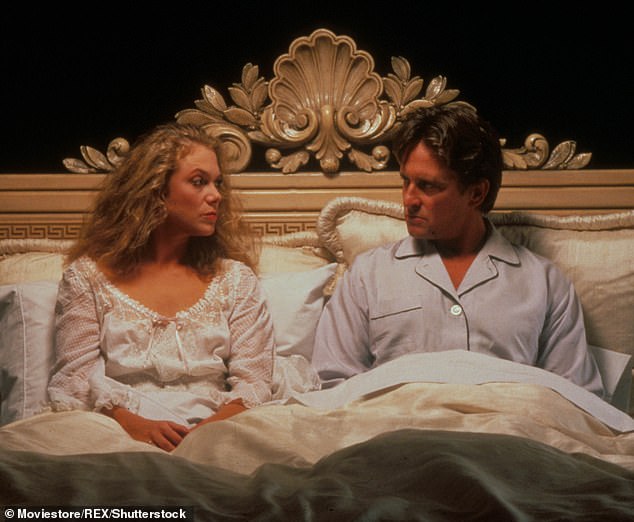 80s onscreen couple: The last time the pair worked together was on the dark comedy War of the Roses, 32 years ago in 1989 (pictured, a scene from the film)

Over the summer, news broke that the series would conclude after three seasons.

In a statement to The Hollywood Reporter in July, the show’s creator and executive producer Chuck Lorre, said: ‘The Kominsky Method has been a true passion project for me, and it’s been an incredible experience to see the warm response from both audiences and critics.

He continued: ‘I’m excited to wrap up the story with this final chapter.’

The third season of the Golden Globe Award-winning series will premiere May 28 on Netflix. 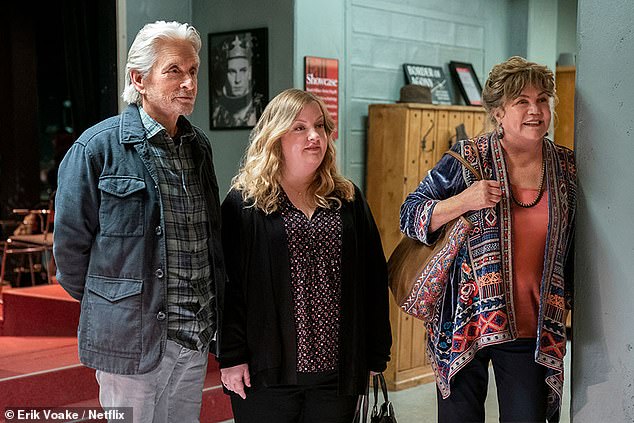 Reunited: Kathleen (right) made a guest appearance on the series as Douglas’ ex-wife Ruth last year and will be returning full-time as the mother to his daughter Mindy (Sarah Baker, center)