Mikaela Testa has stripped down to just a pair of skimpy red bikini bottoms while holidaying on the Spanish party island of Ibiza.

The Gold Coast influencer, 22, courted attention over the weekend as she went topless with her friend Ariella Nyssa, who is also travelling through Europe.

Mikaela shared a gallery of sizzling snaps on Instagram showcasing her shapely behind as she went for a swim with Ariella. 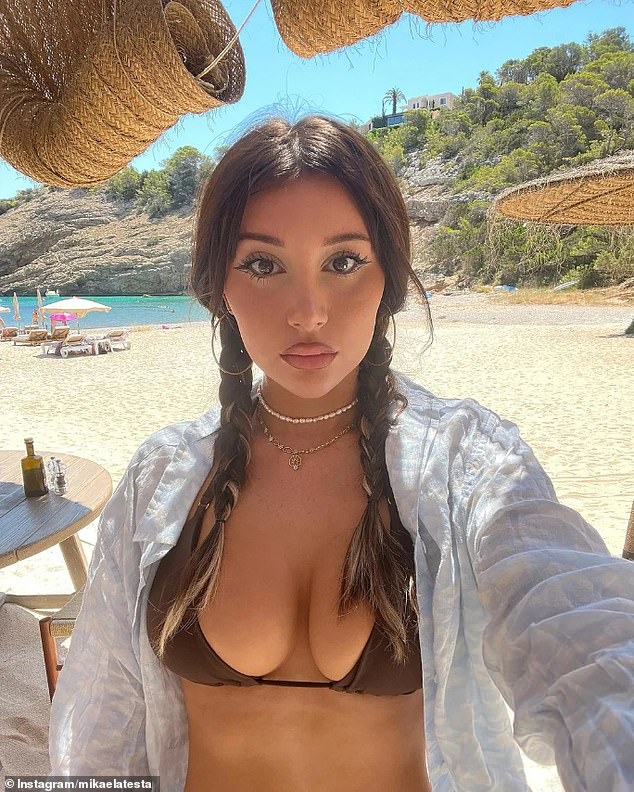 Mikaela Testa is sharing raunchy holiday snaps while on vacation in Ibiza, Spain

In other photos, Mikaela slipped into a racy brown bikini as she explored the idyllic island paradise with a pal.

Her flat stomach and ample chest were on display as she posed on a sandy beach. 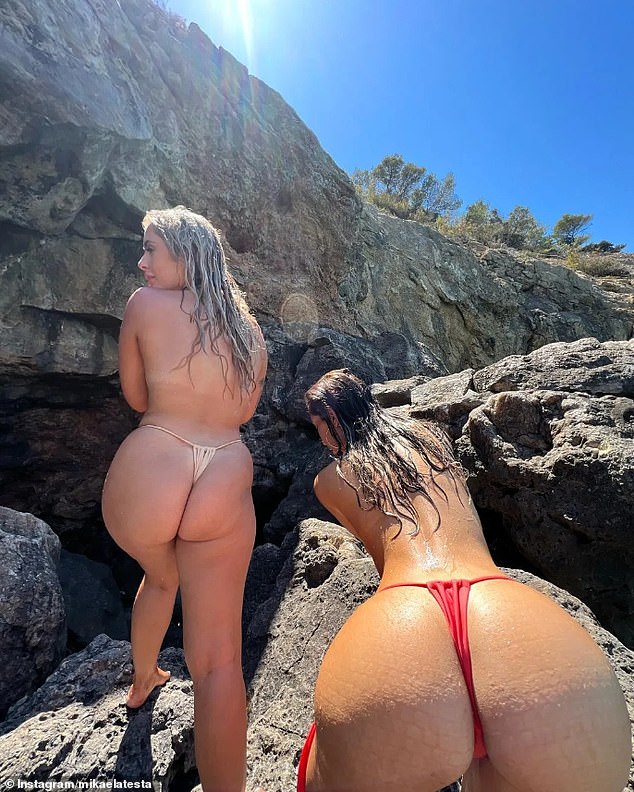 The Gold Coast influencer, 22, (right) courted attention over the weekend as she went swimming with her friend Ariella Nyssa (left)

Mikaela is travelling around Europe following her split from ex-boyfriend Atis Paul.

She and Atis called it quits sometime in May, but waited until last month to announce their break up on social media.

Atis was first to address the split during an Instagram Q&A on a long-haul flight. 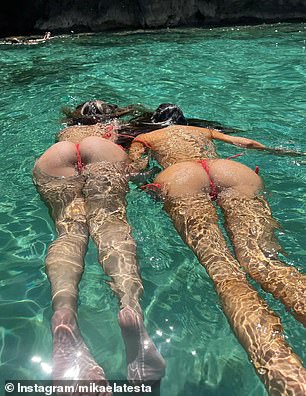 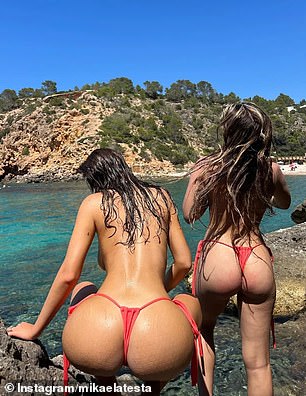 ‘I’ve been getting asked so much if Mik and I are still together. We love each other so much and decided to be friends now,’ he said.

‘Everything is perfect between us. We both agree it’s better that way.’

Mikaela was less forthcoming about the break up at the time, but said the supportive messages from fans were making her ‘so emotional’. 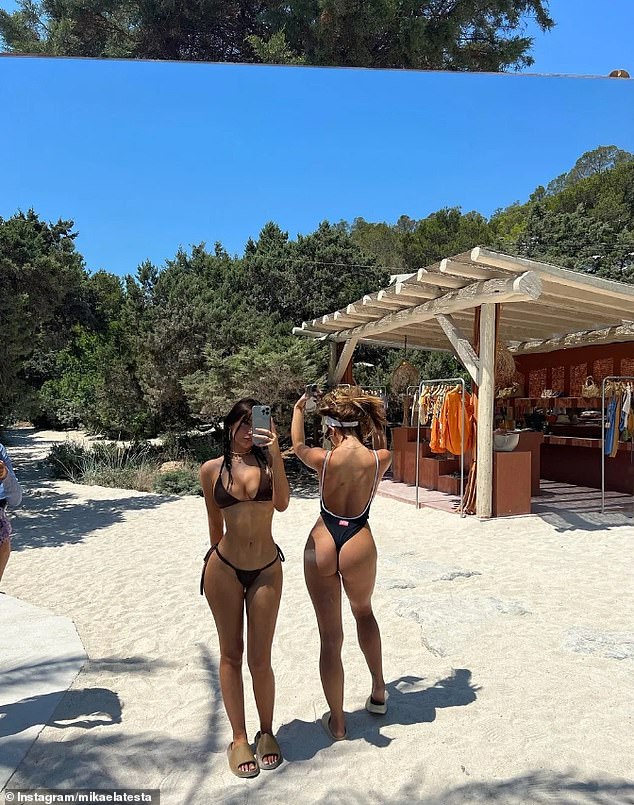 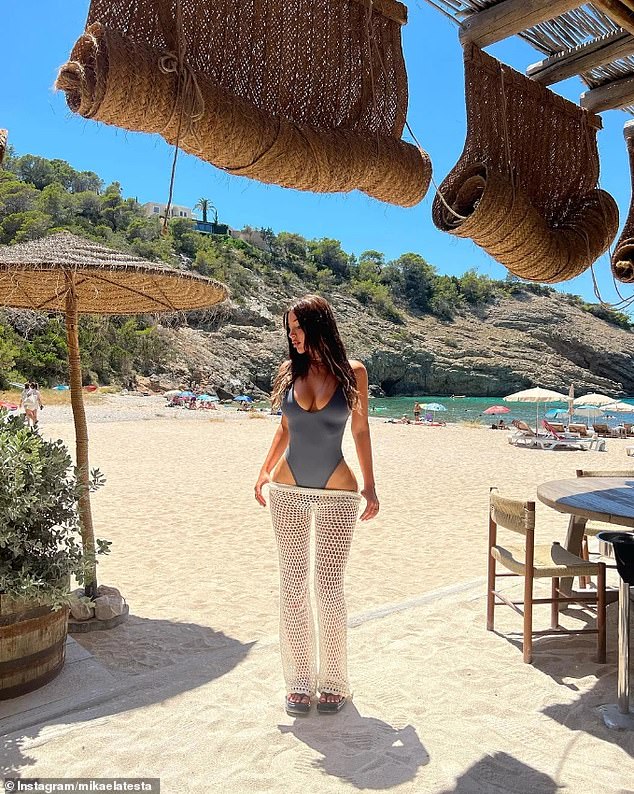 There seems to be some confusion about when exactly the pair ended things, as Mikaela denied split rumours less than a week earlier.

She previously revealed in March that her relationship with Atis began as an affair when they were both dating other people.

However, there is no suggestion a third party was involved in their recent break-up. 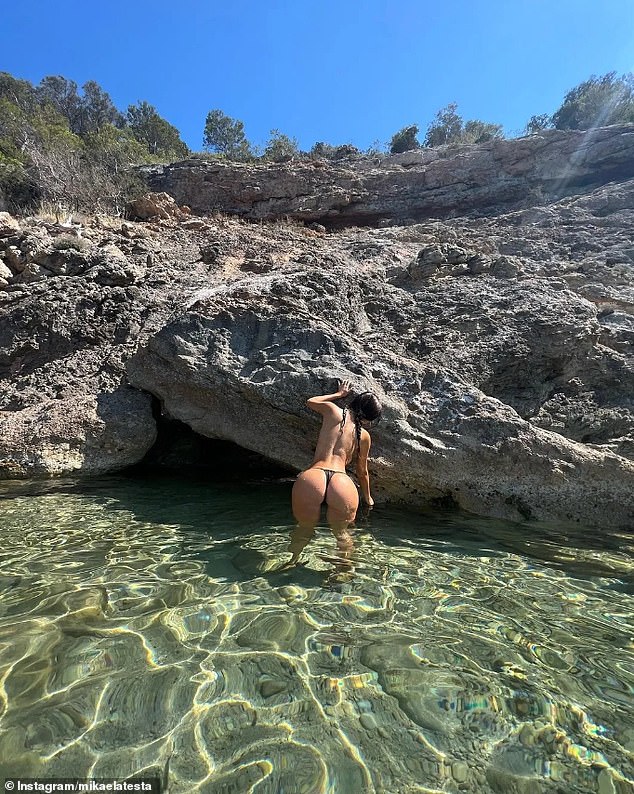 Atis, who was born in Germany before moving to Australia as a child, is an influencer who made his fortune as a cryptocurrency investor.

He is the brother of Anna Paul, who has been called Australia’s No. 1 OnlyFans star.

Mikaela is also an OnlyFans creator with an estimated monthly income of $162,000, as well as a model, influencer and occasional viral celebrity. 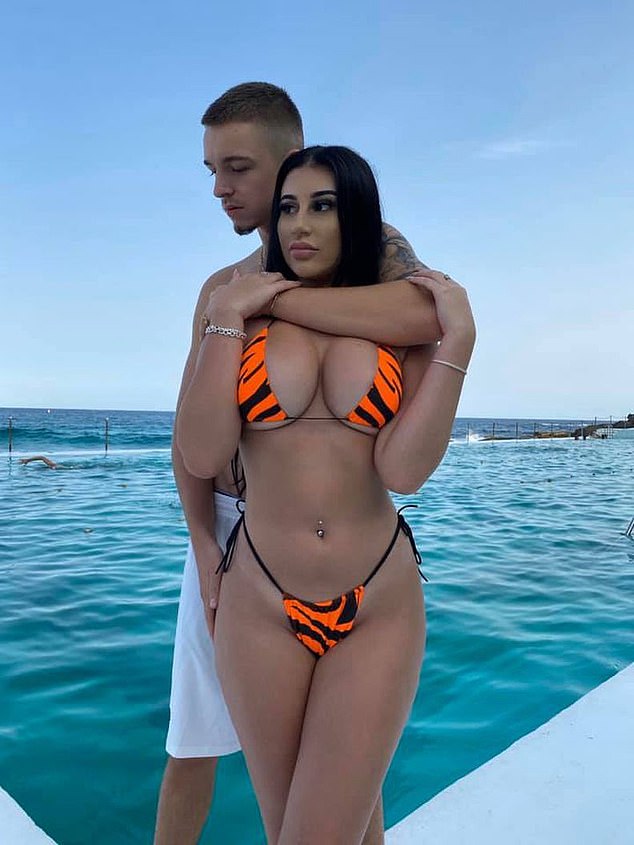 Mikaela and her ex-boyfriend Atis Paul are seen here on holiday in Bali, Indonesia, in 2020, around the time they first started dating. They have since split up