The 15-year-old British actress looked glamorous in a crisp white Louis Vuitton ensemble which opened at the front to reveal matching white pants.

The actress stunned before serving as a presenter at the awards ceremony, held at the Shrine Auditorium in Los Angeles. 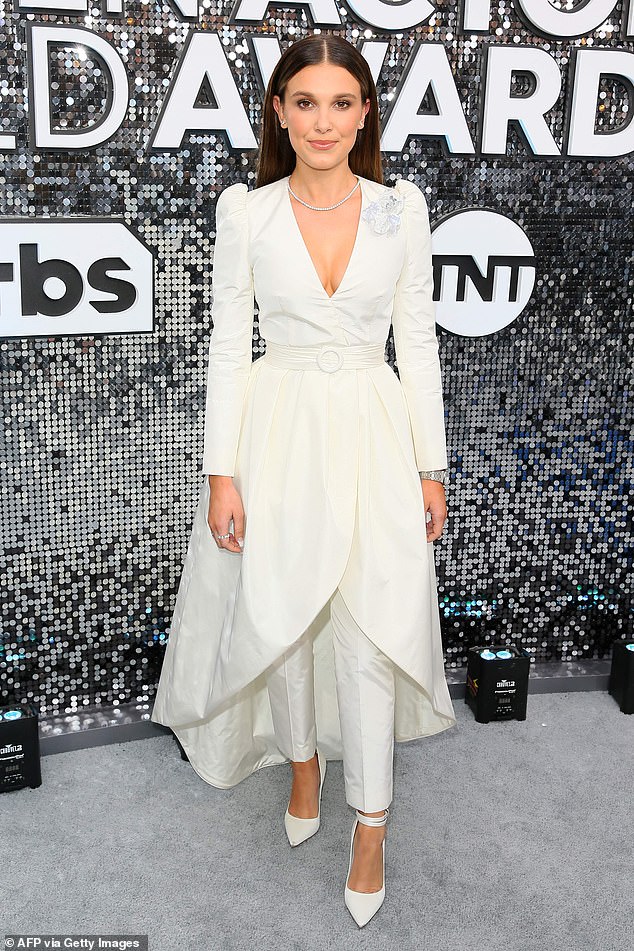 Brown glowerd wearing a low-cut white Louis Vuitton gown with a corsage and an Essential Lines necklace with diamonds set in platinum, an Etincelle de Cartier ring glistening with diamonds, with matching pants under the dress and ivory pumps.

She told red carpet interviewer Aisha Tyler that the ensemble is, ‘everything I kind of wanted. I wanted to go for a masculine but very feminine look.’

The British star glowed on the red carpet, thanks to her stunning makeup look, which was created by beauty pro Kelsey Deenihan.

She then completed the look with products from Brown’s own beauty line, Florence by Mills, and then created a stunning smoky eye look using makeup by Pat McGrath Labs. 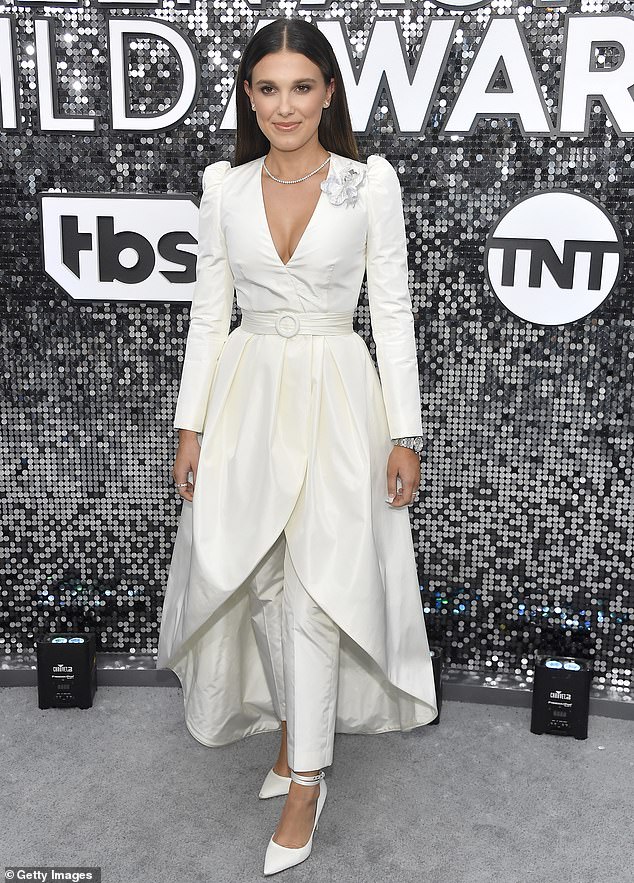 Red carpet ready: Brown was wearing a low-cut white gown with a corsage and pearl necklace, with white pants under the dress and white pumps

The actress’ hit show Stranger Things is nominated for Outstanding Performance by an Ensemble in a Drama Series, going up against Big Little Lies, The Crown, Game of Thrones and The Handmaid’s Tale.

Brown also talked about how her cast mates have become family over the three-season run, heading into the fourth season.

‘They’re all so special to me in very different ways,’ Brown said about her cast members.

When asked how she’s grown throughout the years, she said she’s definitely stronger but added that she’s still evolving. 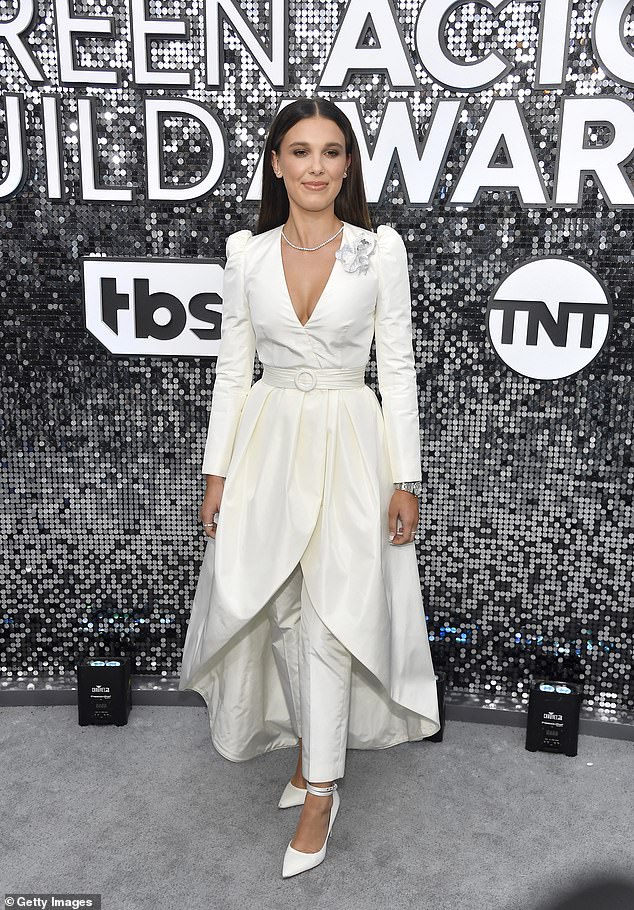 Cast family: Brown also talked about how her cast mates have become family over the three-season run, heading into the fourth season

When asked what her favorite performances of the year were, she said, without hesitation, Joey King for The Act.

‘I love her because she shaved her hair off, so we definitely have a bond there, yeah,’ Brown said.

Netflix has already renewed Stranger Things for a fourth season, though it isn’t known when filming will begin or when the season will be released. 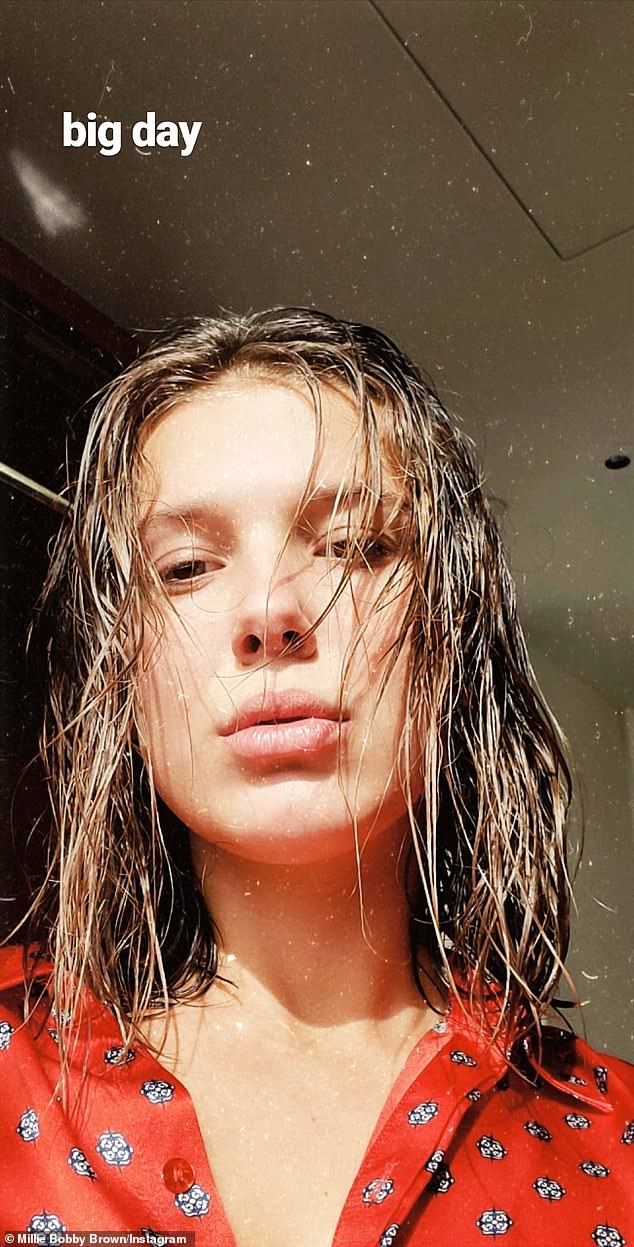 Favorite: When asked what her favorite performances of the year were, she said, without hesitation, Joey King for The Act

Brown has been branching out into movies since her breakthrough role on Stranger Things as well.

The teenage star played Madison Russell in last year’s Godzilla: King of Monsters, a role she’ll reprise this year in Godzilla vs. Kong, in theaters November 20.

She also stars as the title character in Enola Holmes, the younger sister of Sherlock Holmes, though there is no release date yet. 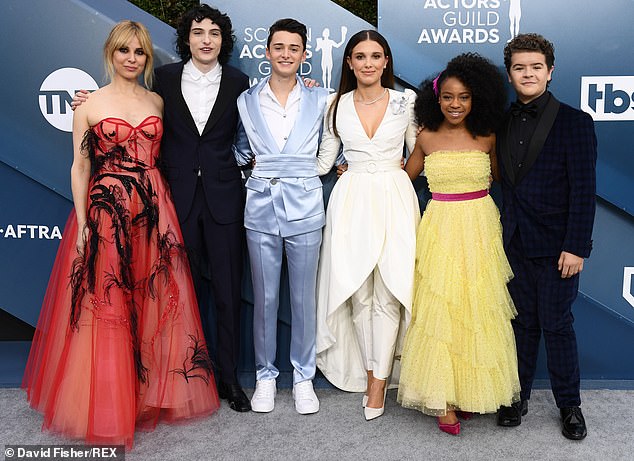 Cast: The Stranger things cast posed together at the 2020 Screen Actors Guild Awards 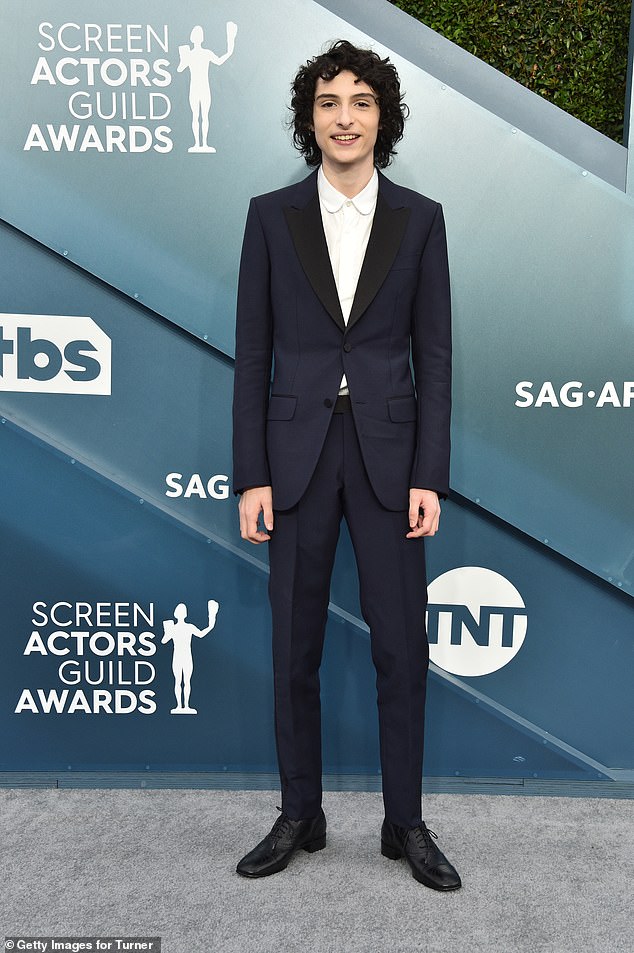 Gaten: Gaten Matarazzo rocks a black and blue suit at the SAG Awards

Natalia and Charlie: Natalia Dyer rocks a gold gown while stepping out

Dacre and Liv: Dacre Montgomery steps out with his girlfriend Liv Pollock at the SAG Awards 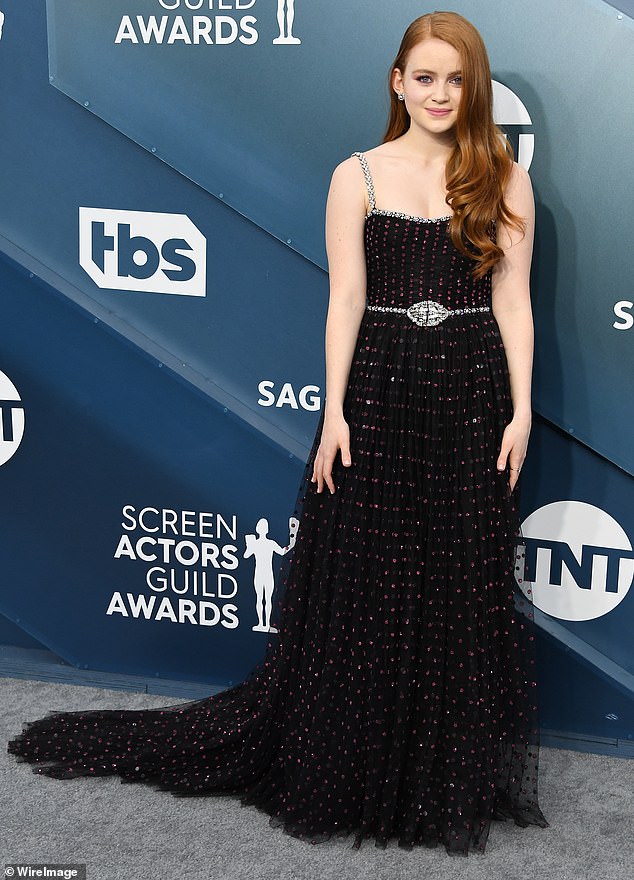 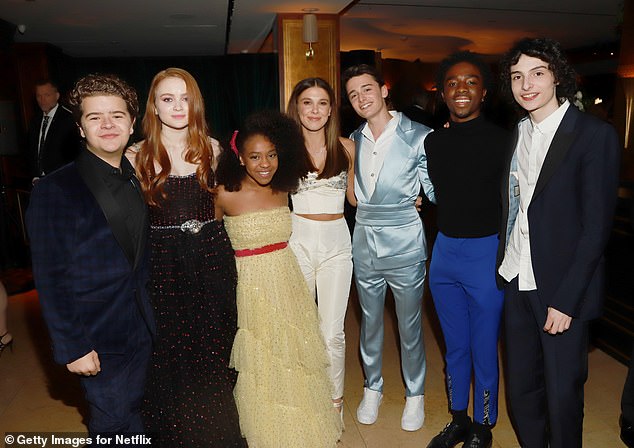 Outstanding Performance by a Male Actor in a Leading Role

Leonardo DiCaprio – Once Upon a Time in Hollywood

Outstanding Performance by a Female Actor in a Leading Role 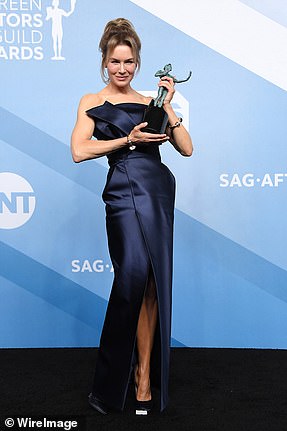 Sweep: Renee has won the Golden Globe, Critics’ Choice, and now the SAG Award for her role portraying Judy Garland

Outstanding Performance by a Male Actor in a Supporting Role

Tom Hanks – A Beautiful Day in the Neighborhood

Brad Pitt – Once Upon a Time in Hollywood – WINNER

Outstanding Performance by a Female Actor in a Supporting Role 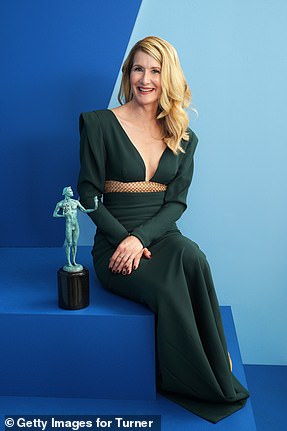 Blonde ambition: Laura Dern was recognized for her role as Nora the divorce lawyer in Marriage Story

Outstanding Performance by a Cast in a Motion Picture

Once Upon a Time in Hollywood – Sony

Outstanding Action Performance by a Stunt Ensemble in a Motion Picture

Once Upon a Time in Hollywood

Jharrel Jerome – When They See Us 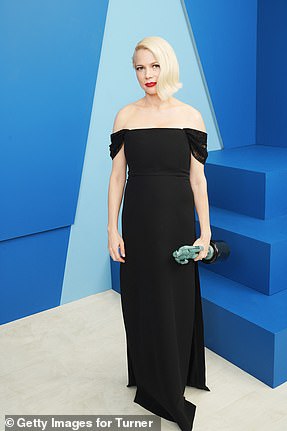 Transcendent: Michelle Williams was honored for her role as Gwen Verdon

Outstanding Performance by a Male Actor in a Drama Series

Sterling K. Brown – This Is Us

Outstanding Performance by a Female Actor in a Drama Series

Outstanding Performance by a Male Actor in a Comedy Series

Outstanding Performance by a Female Actor in a Comedy Series

Christina Applegate – Dead to Me 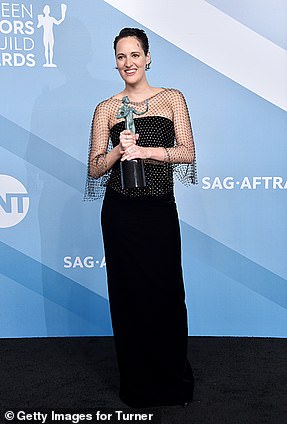 Hey Obama! Phoebe Waller-Bridge was recognized once again for her work on Fleabag

Outstanding Performance by an Ensemble in a Drama Series

Outstanding Performance by an Ensemble in a Comedy Series