‘Stop being such a panicker!’ Furious Phillip Schofield clashes with Matthew Wright he hits out at coronavirus scaremongers and those criticising the easing of lockdown restrictions

Phillip Schofield furiously hit out at coronavirus scaremongers on Monday’s This Morning, as he slammed those criticising the easing of lockdown restrictions.

When Wright mentioned the fact that there were new COVID-19 variants that vaccinated Brits were likely not protected from, Schofield scolded his guest as he urged him to ‘stop being such a panicker’. 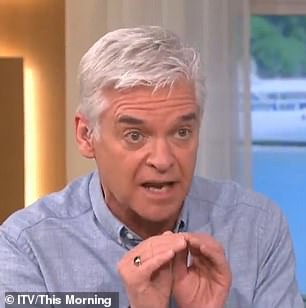 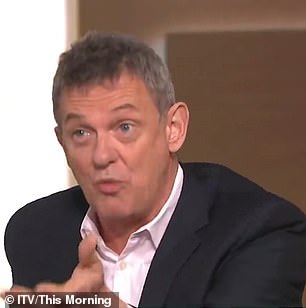 Clash: Phillip Schofield, left, clashed with Matthew Wright, right, and COVID-19 scaremongers on Monday’s This Morning, as he slammed those criticising the easing of lockdown restrictions

‘All of the vulnerable people have been vaccinated,’ Phillip said earlier in the discussion with co-host Rochelle Humes and guests Wright and Camilla Tominey. ‘How many are we losing to mental health?’

Referencing weekend reports, Schofield mimicked others, as he said: ‘”Oh my god, there’s an Indian variant and this is something to be terrified about!”

‘And for a weekend you get anxious about the fact there’s a new variant and what it’s going to do. Then you look at the news today and it says it’s not a great cause for concern. You think, “how dare you frighten me for another weekend?”‘

Wright later shared his stance on the matter, when he said: ‘The unvaccinated population anywhere on the planet could be the source of a nasty variant.’ 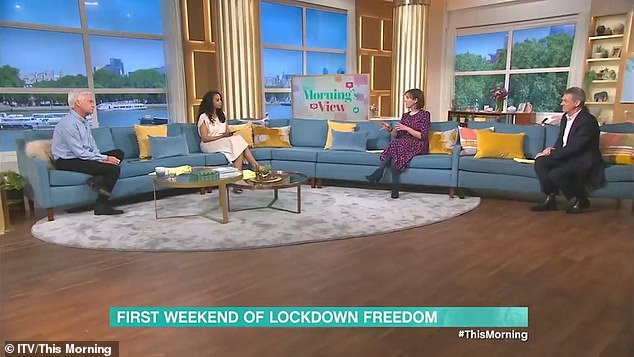 ‘You’re the sort of person that I’d shout at over the weekend!’ Phillip clapped back, as he yelled: ‘Stop it! Stop being such a panicker! It’s gonna be OK!’

While Matthew insisted that ‘no one is safe until everyone is safe’, Phillip defiantly countered: ‘Life isn’t risk-free.’

Some 9.9 million Brits have now had both of their COVID-19 vaccine doses, while almost 33 million of the population have received their first injection.

Lockdown-weary Brits made the most of restrictions easing to throw parties in pub beer gardens, parks and beaches.

The hospitality sector had hoped to recoup some of its losses from the past year after outdoor service resumed in England on Monday – ahead of the rest of the UK. 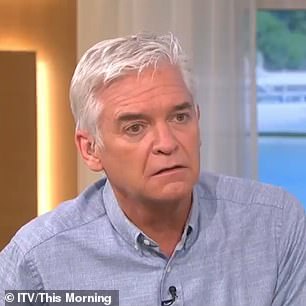 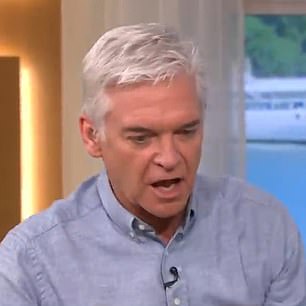 ‘The vulnerable are protected: All of the vulnerable people have been vaccinated,’ Phillip said earlier in the discussion. ‘How many are we losing to mental health?’

It is estimated that some 50,000 pubs and restaurants selling alcohol served six million pints to mark ‘Super Saturday’ alone.

Many millions more were served on a takeaway basis by establishments without outdoor seating as queues snaked down the street.

The hospitality bookings website TheFork, formerly known as Bookatable, said pub and restaurant bookings were more than double those of July last year, which was when the first lockdown ended.

And a VoucherCodes.co.uk study with the Centre for Retail Research showed £2.8billion was spent in shops.

‘Stupor Saturday’ saw people downing pints and cocktails outside pubs and bars, with many casting aside inhibitions, masks and any notion of social distancing. 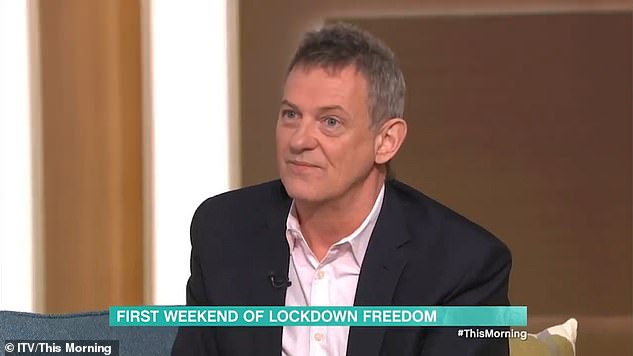 Safety first: Matthew insisted that ‘no one is safe until everyone is safe’, Phillip defiantly countered, ‘Life isn’t risk-free’

And the revelries switched to parks and beaches on Sunday as people took advantage of the sun for boozy picnics and family gatherings.

Others celebrated freedom and a return to a more normal life with a shopping spree, bringing a familiar and welcome hum to streets robbed of people and trade due to COVID-19.

Despite the busy scenes, the pub industry said the trade outdoors represented a fraction of normal business and called for the early reopening of indoor areas as COVID cases continue to fall.

The change is not due to be made until May 17, under current government plans.

What can you do now? (And what do we still have to wait for?)

Until May 17 at the earliest: Gatherings of up to 30 people outdoors, with the rule of six and two-household rule indoors; pubs and restaurants will reopen indoors; and controlled indoor events of up to 1,000 people or 50 per cent of a venue’s capacity, whichever is lower, will be permitted.

Up to 30 people will be allowed to attend weddings, receptions, funerals, and commemorative events, including wakes. Indoor gatherings like exercise classes will be given the go ahead.

Until June 21 at the earliest: All legal limits on social contact will be lifted and nightclubs reopened.