She’s been updating fans throughout her pregnancy as she prepares to welcome her first child early next year.

And Ashley James shared a throwback snap from her babymoon two weeks ago as she celebrated reaching 32 weeks on Tuesday.

The model, 31, took to Instagram to post a stunning photo that saw her cradle her baby bump while wearing a pink bikini during a break away in Cyprus. 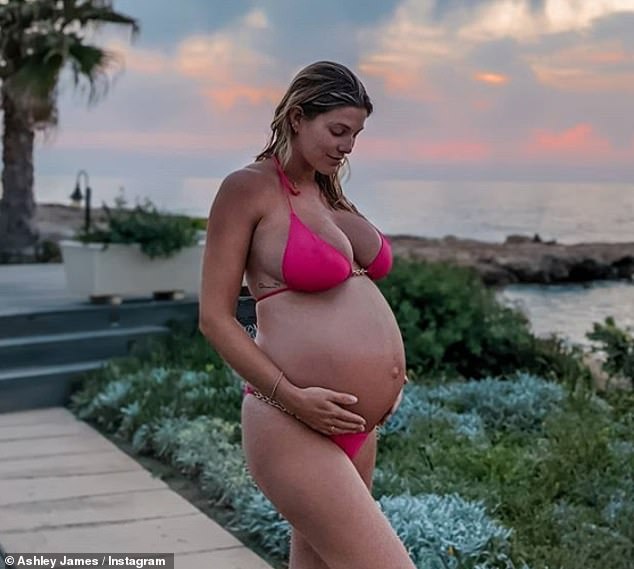 Bumping along nicely! Pregnant Ashley James cradled her blossoming baby bump while posing in a pink bikini in throwback snap as she celebrated reaching 32 weeks on Tuesday

Ashley looked lovingly at her baby bump as she held it with both hands for the photo, which was in a picturesque beach at the Elysium Hotel in Cyprus.

The presenter’s swimwear featured gold chain detailing on the top and bottoms, and she added a glittering touch to her look by wearing a gold bracelet.

Her blonde locks were brushed back behind her ears in a slick, wet style, and she opted to forgo wearing any make-up.

Gushing about the milestone in her caption, Ashley told her followers: ’32 weeks, although I took this photo on the last evening of our babymoon at 30 weeks. 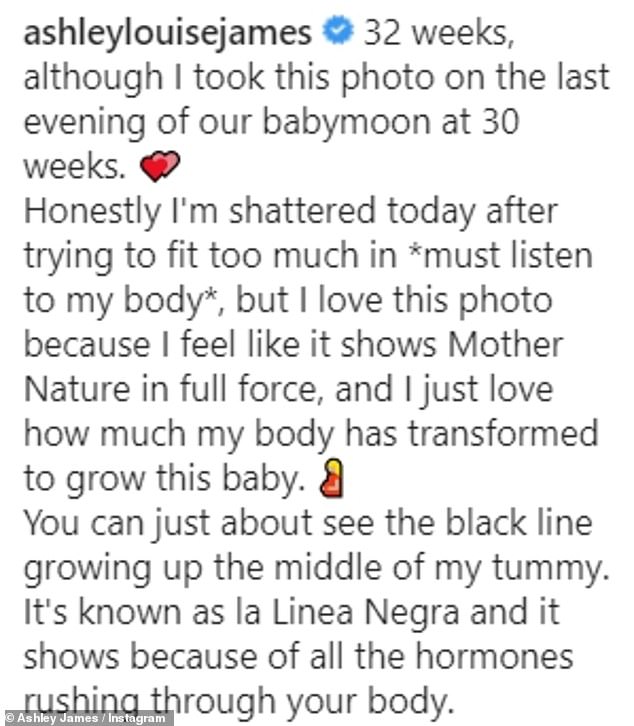 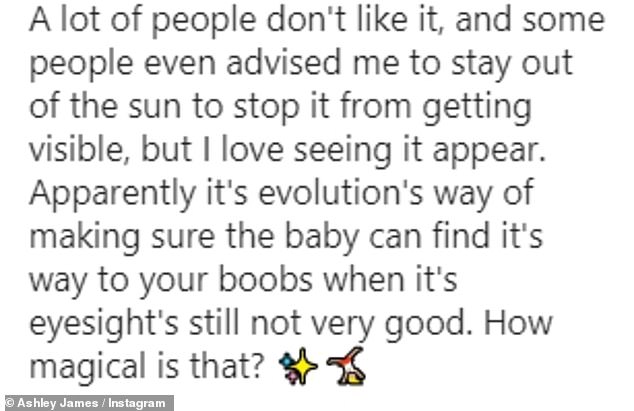 Mother-to-be: Gushing about the milestone in her caption, Ashley told her followers: ‘I just love how much my body has transformed to grow this baby’

‘Honestly I’m shattered today after trying to fit too much in *must listen to my body*, but I love this photo because I feel like it shows Mother Nature in full force, and I just love how much my body has transformed to grow this baby.

‘You can just about see the black line growing up the middle of my tummy. It’s known as la Linea Negra and it shows because of all the hormones rushing through your body.

‘A lot of people don’t like it, and some people even advised me to stay out of the sun to stop it from getting visible, but I love seeing it appear.

‘Apparently it’s evolution’s way of making sure the baby can find it’s way to your boobs when it’s eyesight’s still not very good. How magical is that?’

The social media star is expecting her first child with boyfriend Tom Andrews, 31, and earlier this year the couple discovered they are expecting a baby boy which is due in January 2021.

Ashley, who famously championed single life, started dating the tech professional in October 2019 when they reconnected after meeting a decade earlier at work.

The blonde confessed her partner was initially more excited about the prospect of starting a family, but she’s now happier than ever and has already built their unborn baby’s gender-neutral safari-themed nursery. 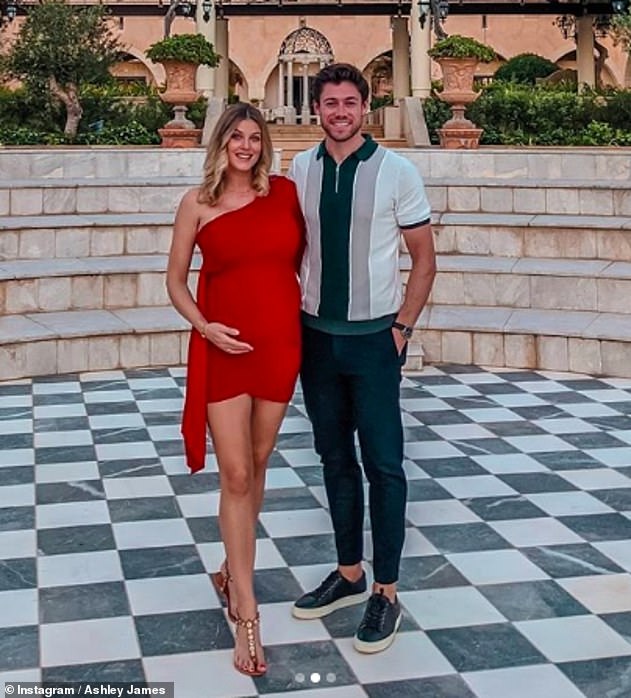 Ashley explained during an appearance on Jeremy Vine: ‘I wouldn’t say I’m a naturally maternal person.

‘He always said he’d want a big family and I told him I don’t know if I want that. But now, I’m so excited and I’ve basically done the nursery now in lockdown.

‘It wasn’t like a contract in which he told me that he’d leave if I didn’t give him a family, but I think authenticity in relationships is nice, he’s from an amazing family and he’s really great with children.’ 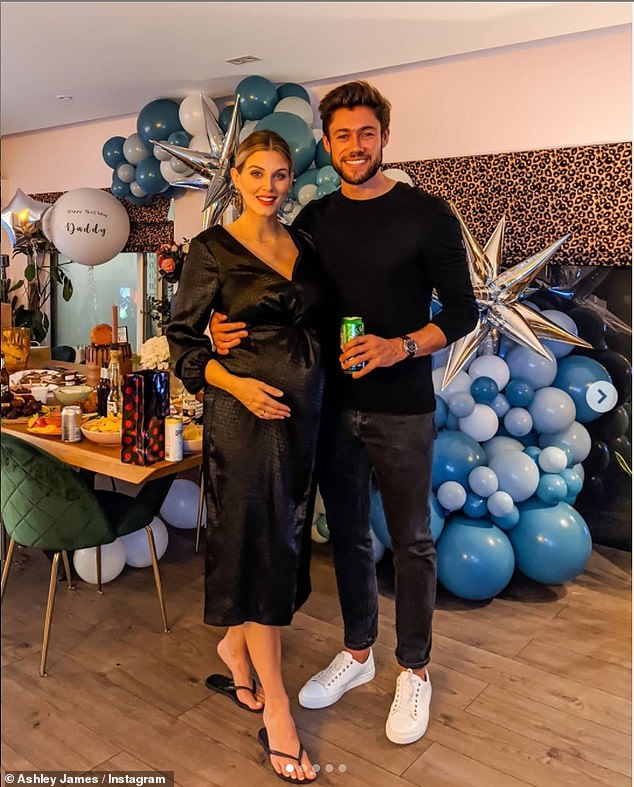 Romance: Ashley, who famously championed single life, started dating the tech professional in October 2019 when they reconnected after meeting a decade earlier at work