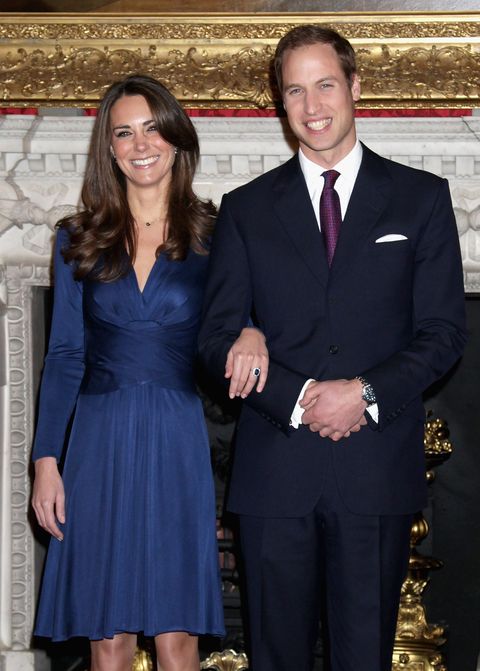 For his upcoming royal tour, Prince William will return to Kenya, where he previously pursued conservation projects and where he proposed to Kate Middleton in 2010. He’ll also make stops in Namibia and Tanzania during the trip, which lasts from September 24-30, Kensington Palace announced.

The Duchess of Cambridge wasn’t confirmed to join her husband on the tour, so it’s likely the Duke will travel alone. Despite the nostalgic location, Prince William’s trip has nothing to do with his proposal to Kate.

He’ll be visiting as President of United for Wildlife, which fights illegal wildlife trade, and patron of Tusk, which promotes conservation, according to the Palace. The trip precedes the 2018 Illegal Wildlife Trade Conference in London next month.

Prince William previously made a similar trip to Kenya in 2016 with a private, four-day visit that included meeting the president, experiencing conservation efforts first-hand, and meeting with wildlife rangers working to stop poaching, according to The Telegraph.

He also reportedly attended an ex-girlfriend’s wedding during the trip. The ceremony took place at Lewa Wildlife Conservancy, where William proposed to Kate in a log cabin in October 2010, CNN reports.

“We had a little time away together with friends and I just decided that it was the right time, really,” William recalled in his engagement interview with Kate in 2010. He popped the question with Princess Diana’s engagement ring.

For his next visit to the country, the Duke of Cambridge won’t be making any romantic stops in Lewa. Instead, he’ll go to the British Army Training Unit Kenya in Nanyuki (about 120 miles north of Nairobi). There, he’ll see British and Kenyan troops training under the 1st Battalion the Irish Guards Battlegroup, the Palace announced in a press release.

See the rest of William’s tour schedule below.

The Duke of Cambridge will meet Vice President Nangolo Mbumba and attend celebration for UK-Namibia relations at the Residence of The British High Commissioner, Kate Airey.

Prince William will visit 1st Battalion the Irish Guards Battlegroup who are training at British Army Training Unit Kenya (BATUK). The Duke is Colonel of the Regiment.