Priyanka Chopra says she feels ‘blessed’ to have been afforded so much time in quarantine with husband Nick Jonas.

The 38-year-old Baywatch star says the pandemic allowed them to be on the same schedule for a change as their jobs usually see them traveling all over the world.

‘I’m so grateful to have spent time with my husband,’ gushed Chopra, who admitted to The Sunday Times that she wants ‘as many kids’ as she can have with the 28-year-old musician. 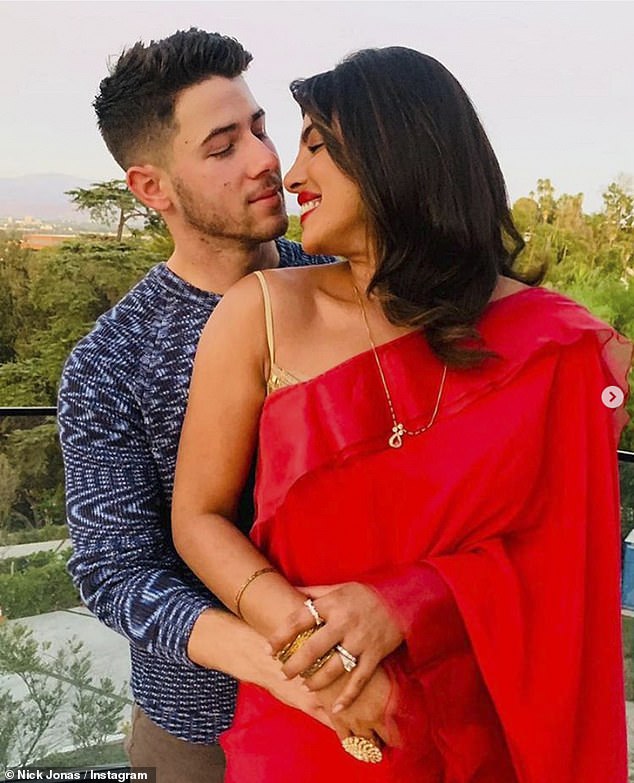 Grateful: Priyanka Chopra, 38, feels ‘grateful’ for husband Nick Jonas, 28, as she talks about how quarantining together strengthened their relationship before saying she wants ‘as many kids’ as she can have with him

Despite having a 10-year age gap, Chopra told the outlet that neither age nor cultural differences (she was born in India), were barriers to their romance.

‘Neither was a hurdle. Nick took to India like a fish to water. But just like a normal couple, you have to understand each other’s habits and what each other likes. It’s more of an adventure than trying to figure out hurdles.’

She continued: ‘None of it was really that hard. And quarantine gave us the ability to spend a lot of time together, which I’m really blessed by. Because with both of our careers it’s hard to find that kind of time.’

Though she mentioned that being away from her family in India was ‘difficult’ she credited her husband of two years with making it better. 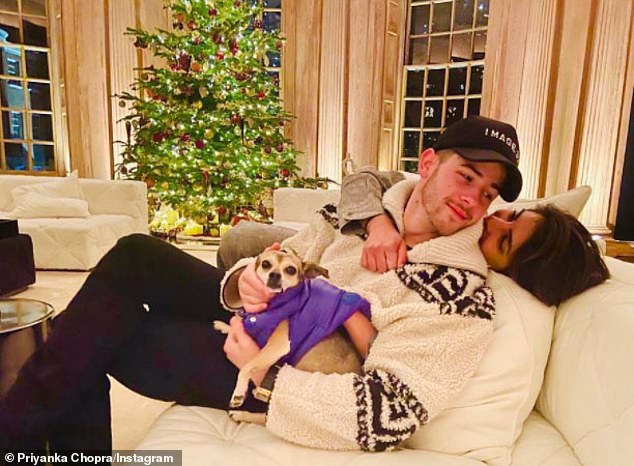 Happy place: Though quarantine has been hard on everyone, Chopra said she feels ‘blessed’ to have been given ‘the ability to spend a lot of time together,’ as usually their work schedules conflict; pictured December 14

‘Although it has been really difficult being apart from my mom and brother, who are both in India, I’m so grateful to have spent time with my husband, family and dogs.’

Chopra added that she has also been spending time with her four-year-old niece Krishna as she said, ‘It’s been incredible watching her discover new things.’

With Krishna being a good gateway into having children of her own, she spoke about her desire to raise a family with Jonas.

‘I do want children, as many as I can have,’ she said, before clarifying that she does not want so many that she could start her own ‘cricket team,’ which has 11 players. 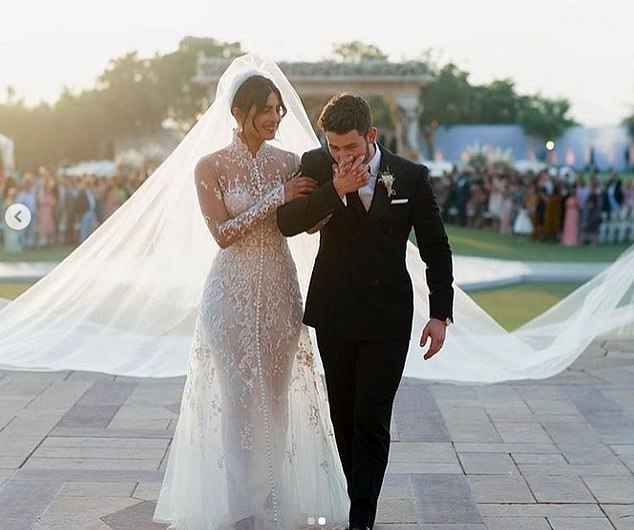 Lasting love: Despite their 10-year age gap, Nick made the first move in 2016 via text, and they met in person for the first time at the Vanity Fair Oscar party in 2017 with Jonas gushing ‘You’re real. Where have you been all my life’; pictured December 1, 2018

Chopra spoke about having a relationship in the public eye, as she said she feels comforted knowing that Nick can relate to having fame as well.

‘To me, I’ve been a public person for more than half my life. But that’s not what dictates my decisions.’

‘It’s so comforting to find a person who is in your corner. Whatever I may be in my professional life or how the world perceives me, I’m just a girl trying to live her life in the best way possible.’

She concluded, ‘I’m so grateful to have a partner in doing that.’

The pair first got together after Jonas had his eye on Priyanka and made the first move in 2016 via text where they struck up a flirty conversation. 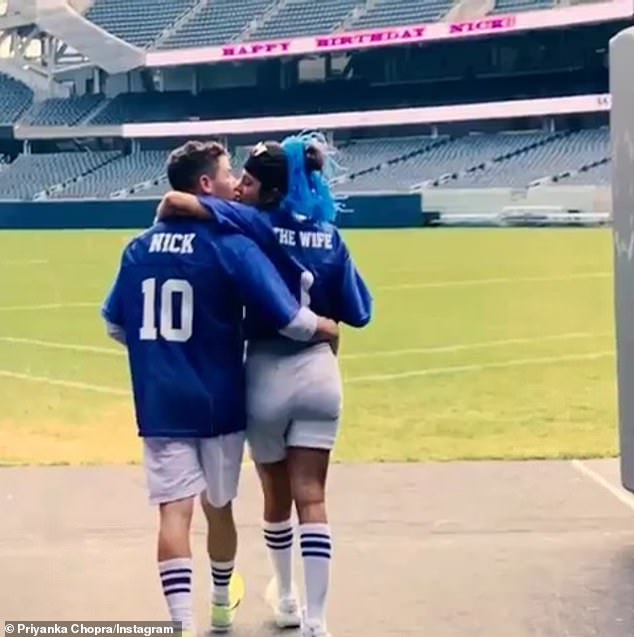 Life partners: Speaking about marriage and Jonas in particular she said, ‘It’s so comforting to find a person who is in your corner’

They met in person for the first time at the Vanity Fair Oscar party in 2017, where he publicly got down on one knee and said, ‘You’re real. Where have you been all my life.’

Things did not turn romantic – despite Nick being smitten with her – until  they reconnected at the Met Gala in May 2018.

The pair became official weeks later, with Jonas telling his mom after their third date that he wanted to marry her.

He proposed two months later in July and they were married in a traditional Hindu wedding ceremony in India – as well as a Christian one – in December 2018, to bind their love while representing both faiths and cultures. 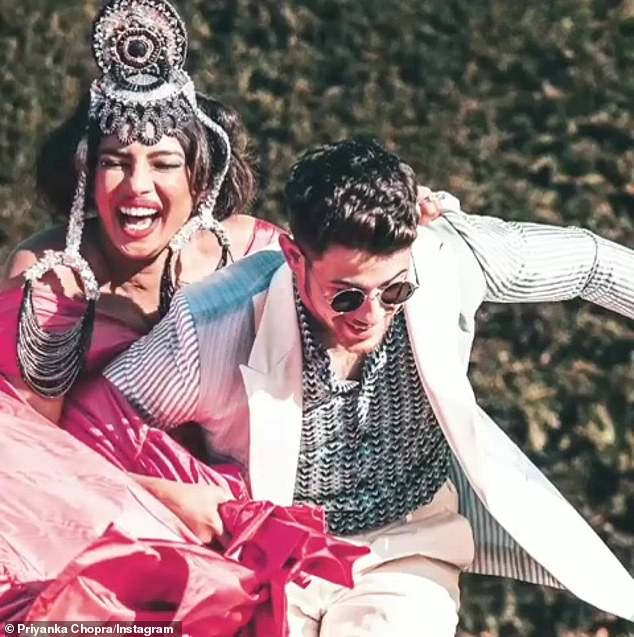 Double the love: The pair had two different weddings – a traditional Hindu ceremony in India and a Christian one