Who could forget the lovable original star of NBC’s “Punky Brewster”? In celebration of the new “Punky Brewster” revival series premiere on Feb. 25, 2021, on NBC’s Peacock streaming service, Wonderwall.com is taking a look at Soleil Moon Frye’s life in photos! Keep reading for more…

RELATED: “Gossip Girl” cast: Where are they now?

Prior to landing her breakout role — and becoming a pop culture icon — on “Punky Brewster” (seen here) in the early ’80s, Soleil Moon Frye — who was born to actor and talent agent parents Virgil Frye and Sondra Peluce on Aug. 6, 1976 — earned her first acting credit in the 1982 TV movie “Missing Children: A Mother’s Story.” She went on to appear in other television films including “Little Shots,” “Ernie Kovacs: Between the Laughter” and “Invitation to Hell.”

On Sept. 16, 1984, NBC’s “Punky Brewster” debuted. The sitcom, which ran for four seasons until May 27, 1988, tells the story of a smart and sassy girl who’s taken in by a Chicago photographer foster dad after she’s abandoned by her biological parents. The comedy, which also starred George Gaynes, Susie Garrett, Cherie Johnson and T.K. Carter, earned three Primetime Emmy Award nominations during its run.

RELATED: Child stars: Where are they now?

How adorable was she?! A year after the premiere of “Punky Brewster,” Soleil Moon Frye earned her first Young Artist Award nomination for best young actress in a television comedy series. She’s seen here at the award show in 1985.

“Punky Brewster” didn’t receive the warmest welcome from critics when it debuted. However, after NBC canceled the series following the conclusion of its second season, it was brought back for syndication. The series continued on with new episodes for two more seasons until its cancellation in 1988. Soleil Moon Frye is pictured here the same year the series ended.

While she consistently landed acting roles and lent her voice to several animated characters on shows like “Tiny Toon Adventures,” “The Ren & Stimpy Show” and “The Cartoon Cartoon Show” throughout the ’90s, during the latter half of the decade, Soleil Moon Frye made the decision to go to college. The actress, seen here at the premiere of “Lost World” in 1997, attended The New School in New York City. A year later, she directed her first film, “Wild Horses.”

This one makes us nostalgic! Soleil Moon Frye is seen here at the 2002 Rock the Vote Patrick Lippert Awards with “Sabrina the Teenage Witch” star Melissa Joan Hart and comedian Tom Green. During this time, Soleil was also voicing Zoey on Disney’s “The Proud Family,” which she did until 2005. She went on to reprise the voice role in the made-for-television film “The Proud Family Movie.” But this wasn’t her only voice acting role during the aughts — from 2005 to 2006, she was Jade on Cartoon Network’s “Bratz” animated series.

As for endeavors outside of the entertainment industry? In 2007, Soleil Moon Frye launched The Little Seed, which sold eco-friendly and organic products for children, in Los Angeles. The actress, seen here at the launch of Donna Karan’s Urban Zen Initiative that same year, took the business online in 2012.

In August 2011, Soleil Moon Frye released her first novel, “Happy Chaos: From Punky to Parenting and My Perfectly Imperfect Adventures In Between.” While chatting with The Staten Island Family, Soleil — pictured here signing copies of her book at Barnes & Noble at The Grove in Los Angeles — explained why she wrote it: “This book was truly inspired by wanting to share with others and as a mom who didn’t know where to turn, I wanted to create that manual that I never had but desperately needed.”

In 2012, Soleil Moon Frye stopped by the set of “Watch What Happens Live” to chat with host Andy Cohen. She’s seen here with the famed Bravo exec and a fellow guest, actor LeVar Burton.

2013 marked the year in which Soleil Moon Frye became the host of OWN’s “Home Made Simple” for the show’s third season. The former child actress, who is seen here at the Baby2Baby Gala in 2012, left after just one season.

In October 2013, Soleil Moon Frye debuted her second book, “Let’s Get This Party Started,” which consists of several children’s party ideas from crafts to games to tasty recipes. She’s seen here at a book signing at Barnes & Noble at The Grove in Los Angeles following its release. She was pregnant with son Lyric Sonny Roads Goldberg — her third child — at the time.

In 2014, Soleil Moon Frye hit the red carpet at the Daytime Creative Arts Emmy Awards with hubby Jason Goldberg by her side. That year, the duo celebrated 15 years of marriage.

Sure, she’s a former ’80s child star, a successful voice actress and a published author. But Soleil Moon Frye has also collaborated with NBC’s “Today” show. She was once a contributor on the weekday morning series. Soleil is pictured here alongside Al Roker, Sheinelle Jones, Dylan Dreyer and Craig Melvin during a taping in 2019.

In December 2020, Soleil Moon Frye and producer husband Jason Goldberg announced their separation after 22 years of marriage. “Soleil Moon Frye and Jason Goldberg quietly separated this year,” the actress’ representative told the outlet. “Their priority will continue to be their four beautiful children as they move forward with love and compassion.” The former couple is seen here at A Sense of Home’s First Ever Annual Gala in 2019 not long before their split.

Soleil Moon Frye is seen here as the one and only Punky Brewster — all grown up. In 2019, news broke revealing that she would be starring as the titular character in a new “Punky Brewster” revival series that follows Punky as a single mother of three children navigating the ups and downs of parenthood. Soleil is also serving as an executive producer on the show — which co-stars Freddie Prinze Jr. as Travis, Cherie Johnson as Cherie, Lauren Lindsey Donzis as Hannah, Noah Cottrell as Diego, Oliver De Los Santos as Daniel, and Quinn Copeland as Izzy — and debuts on NBC’s Peacock streaming service on Feb. 25, 2021. As for what’s next for Soleil? In addition to starring on the reboot, the actress will appear in the forthcoming crime-drama film “The Cleaner.” 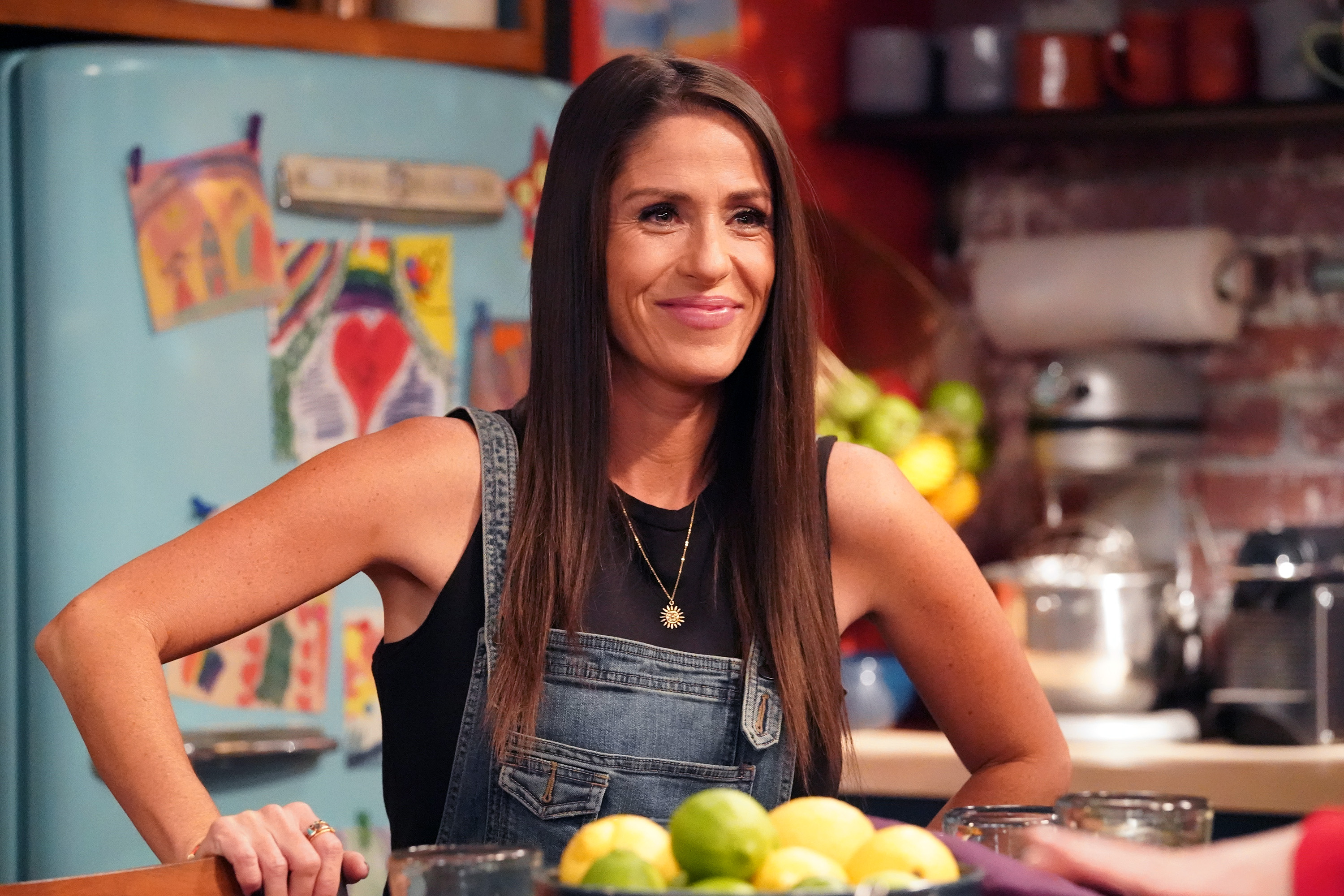 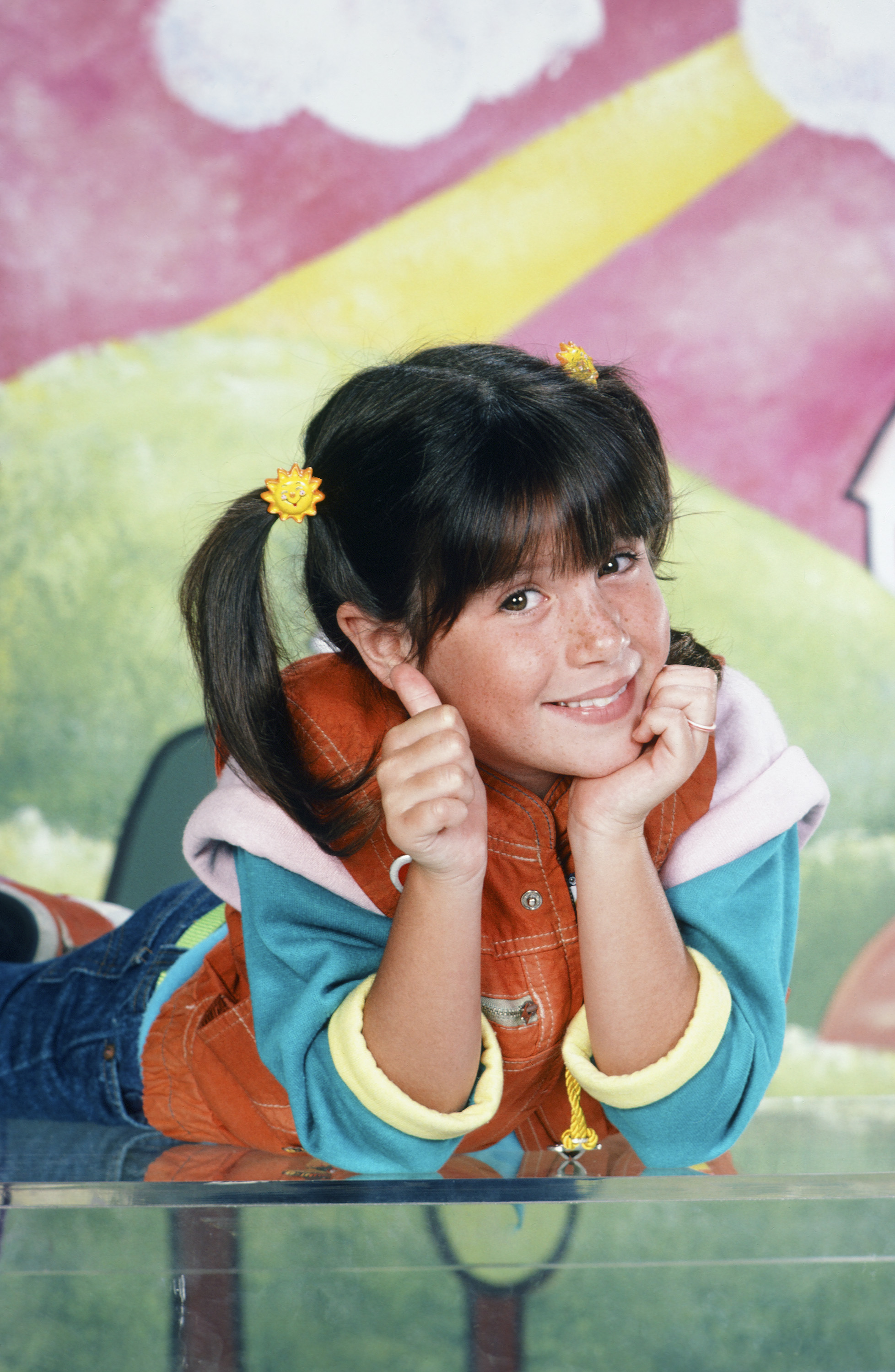 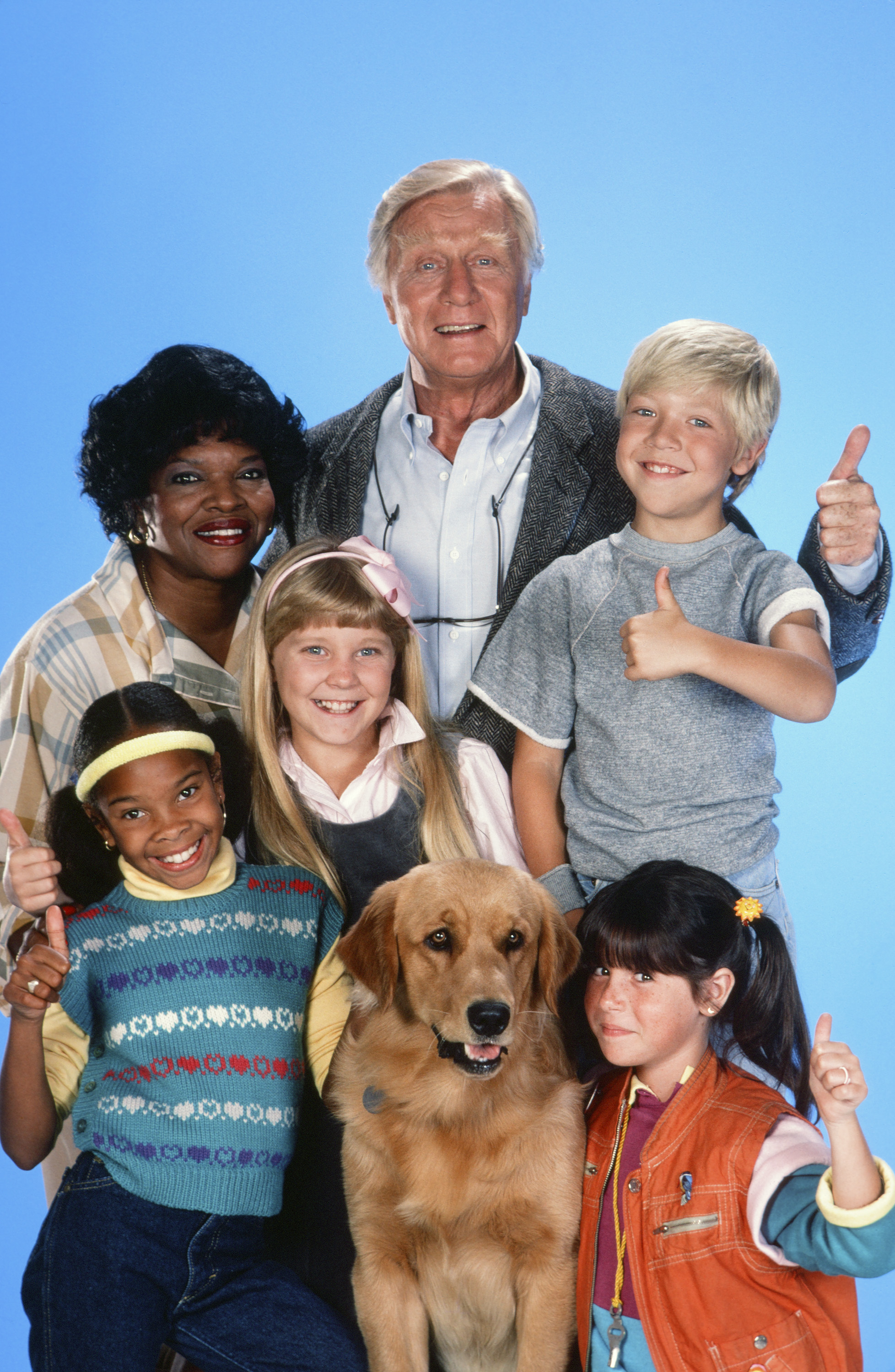 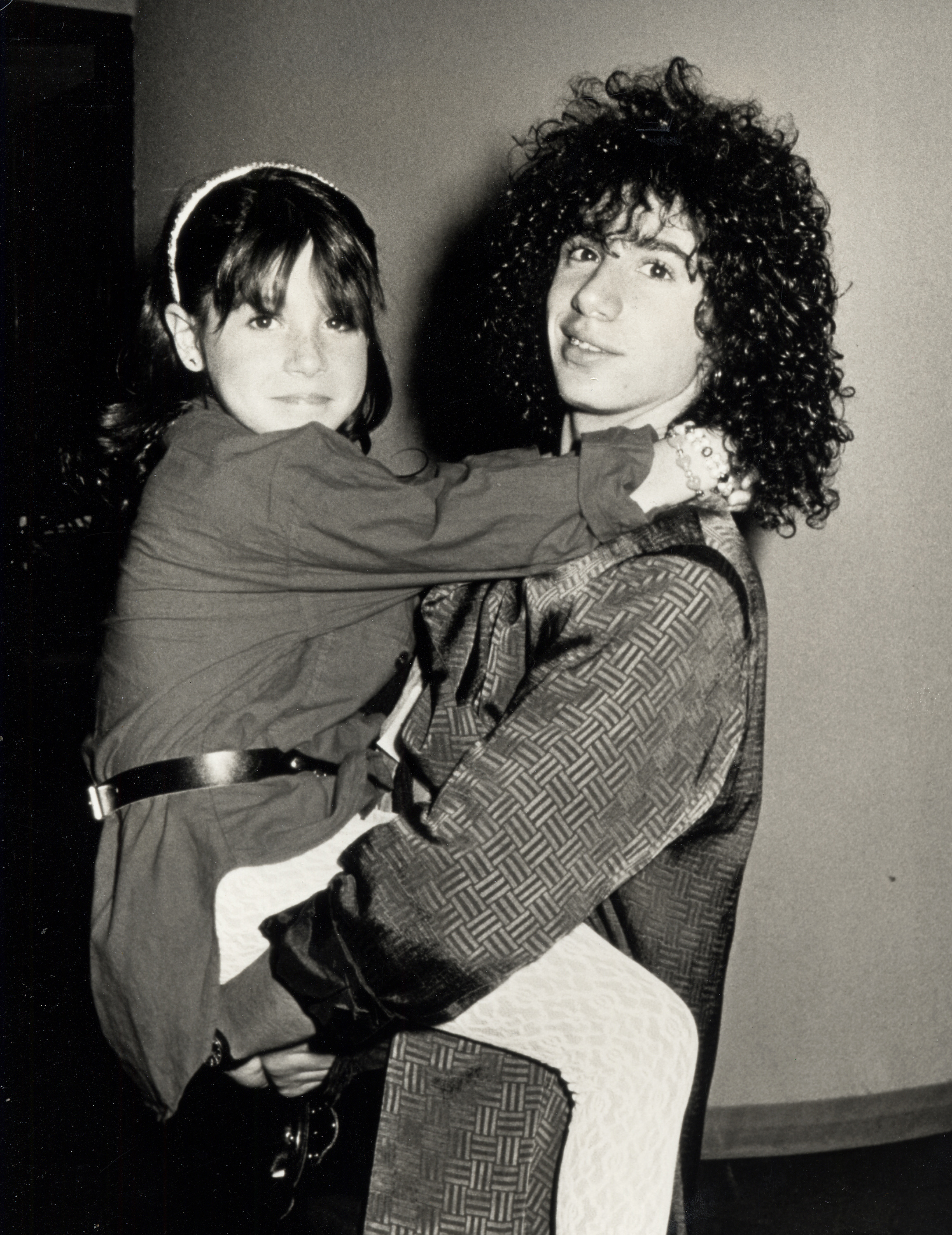 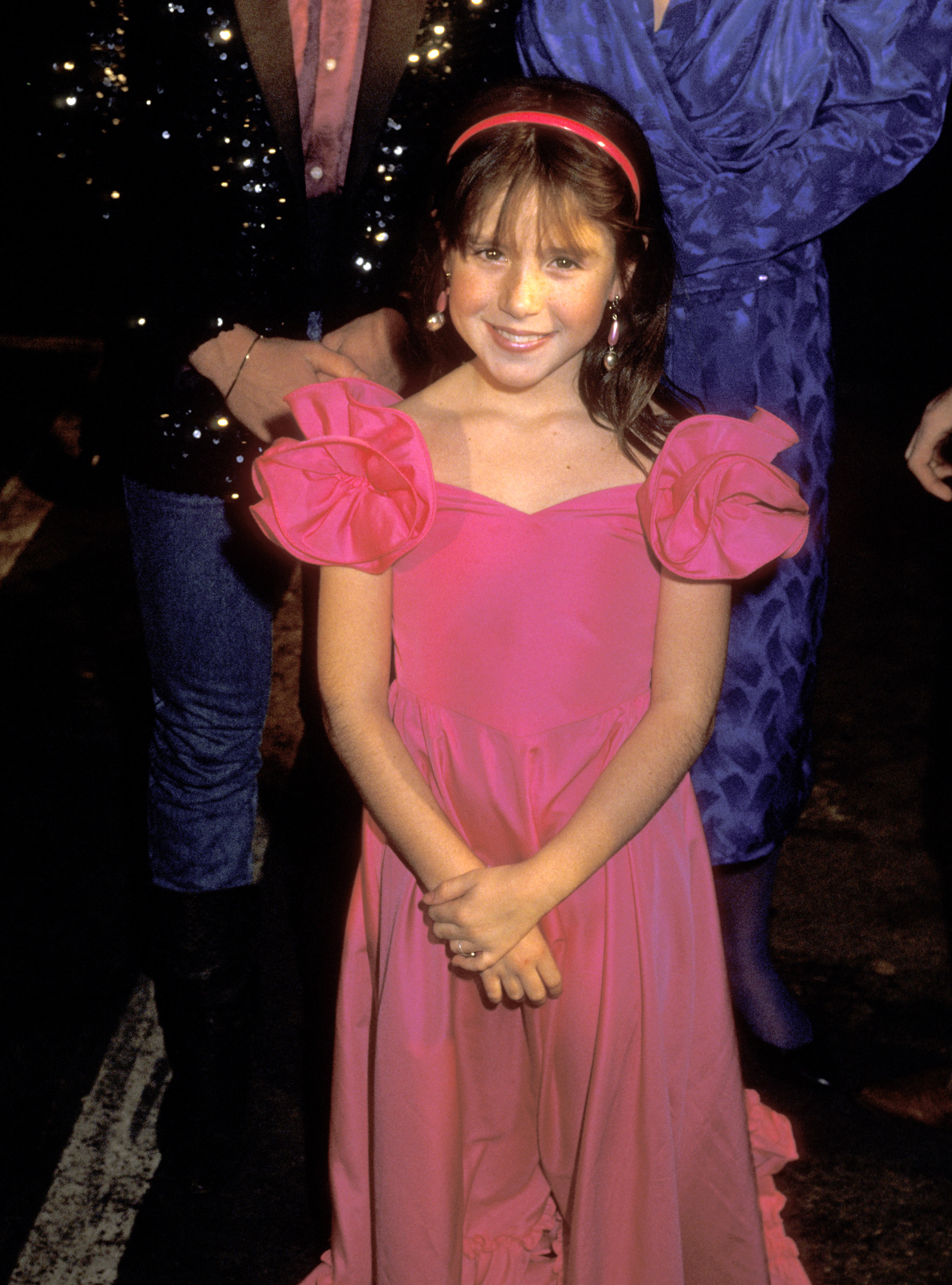 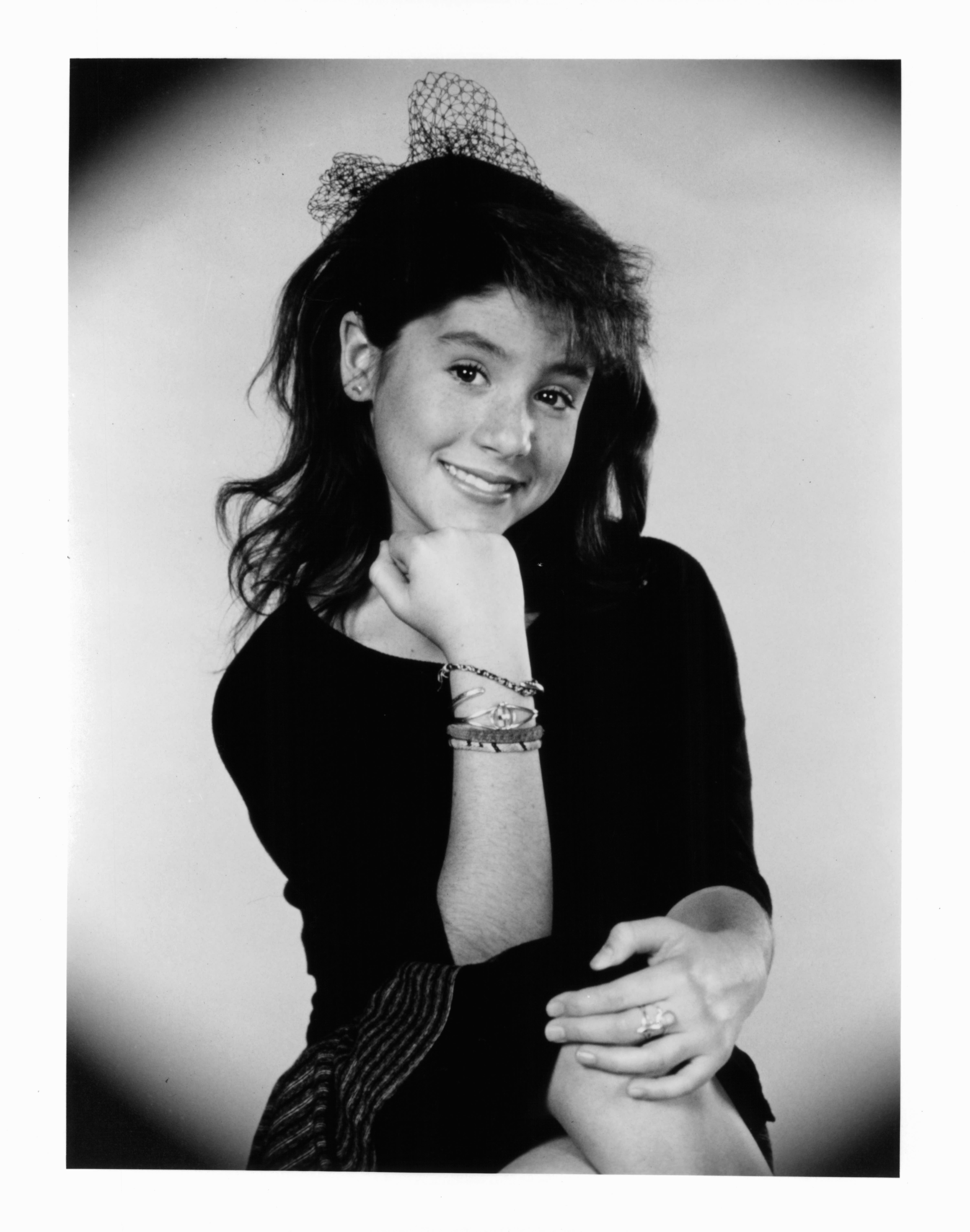 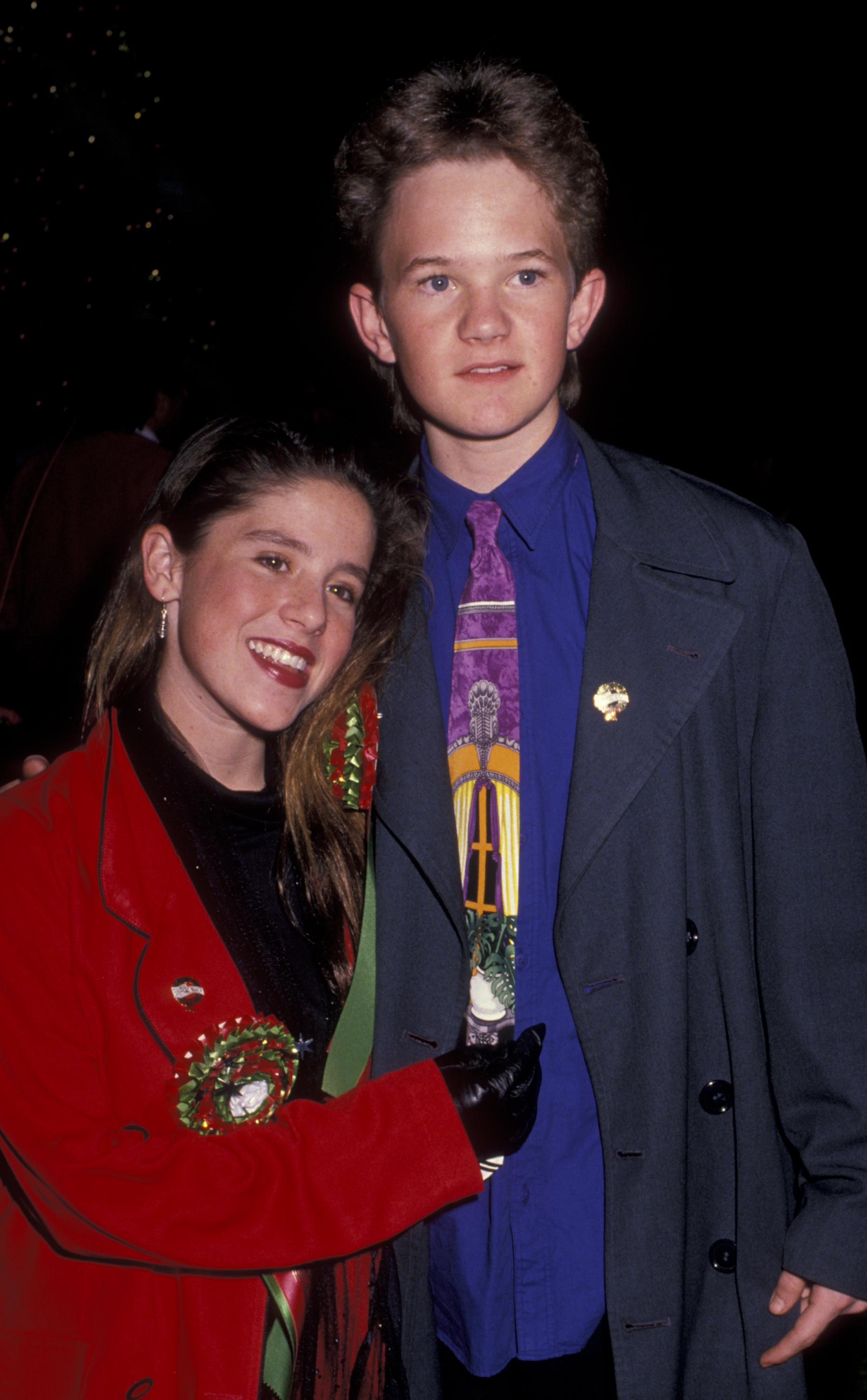 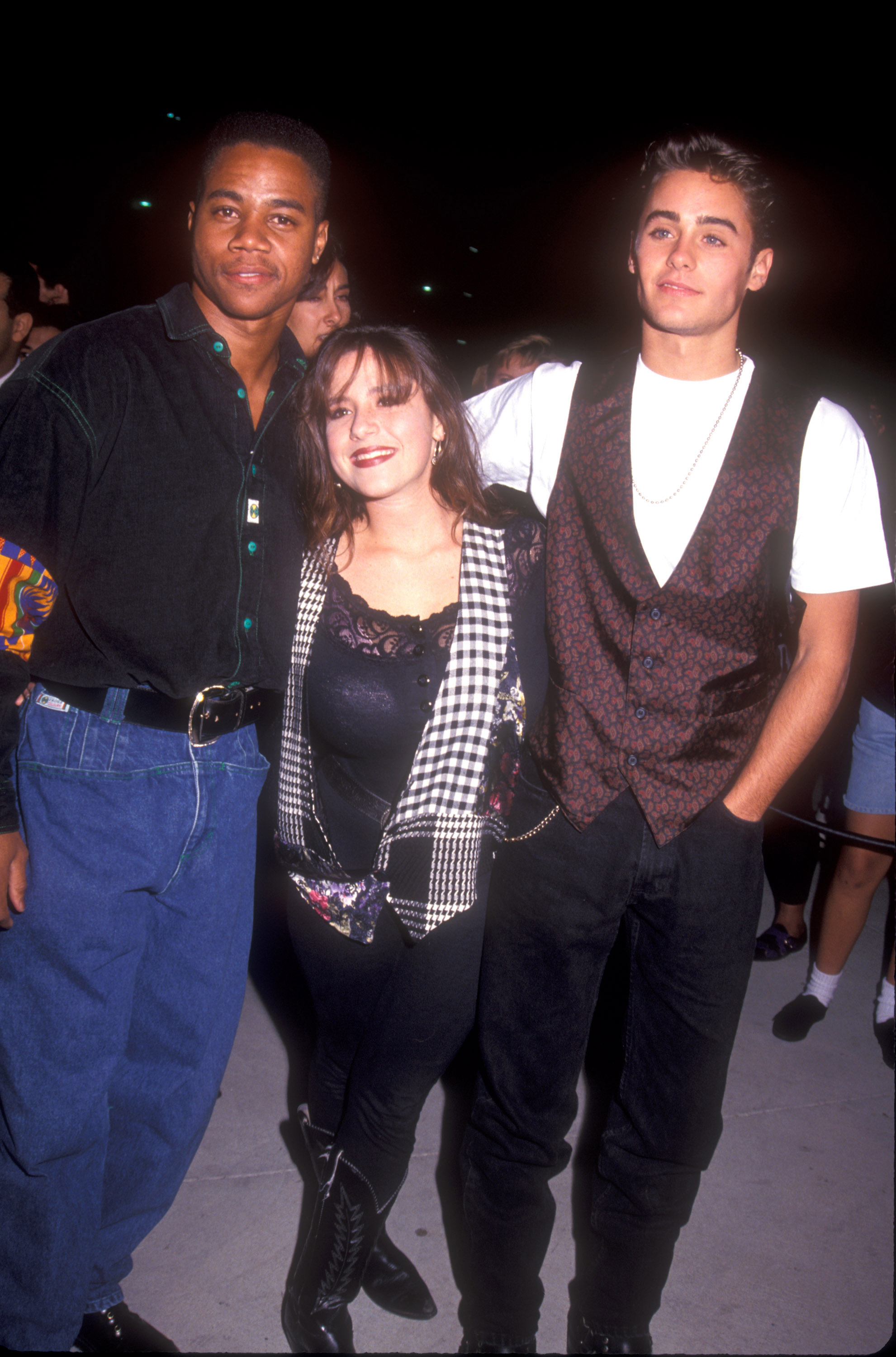 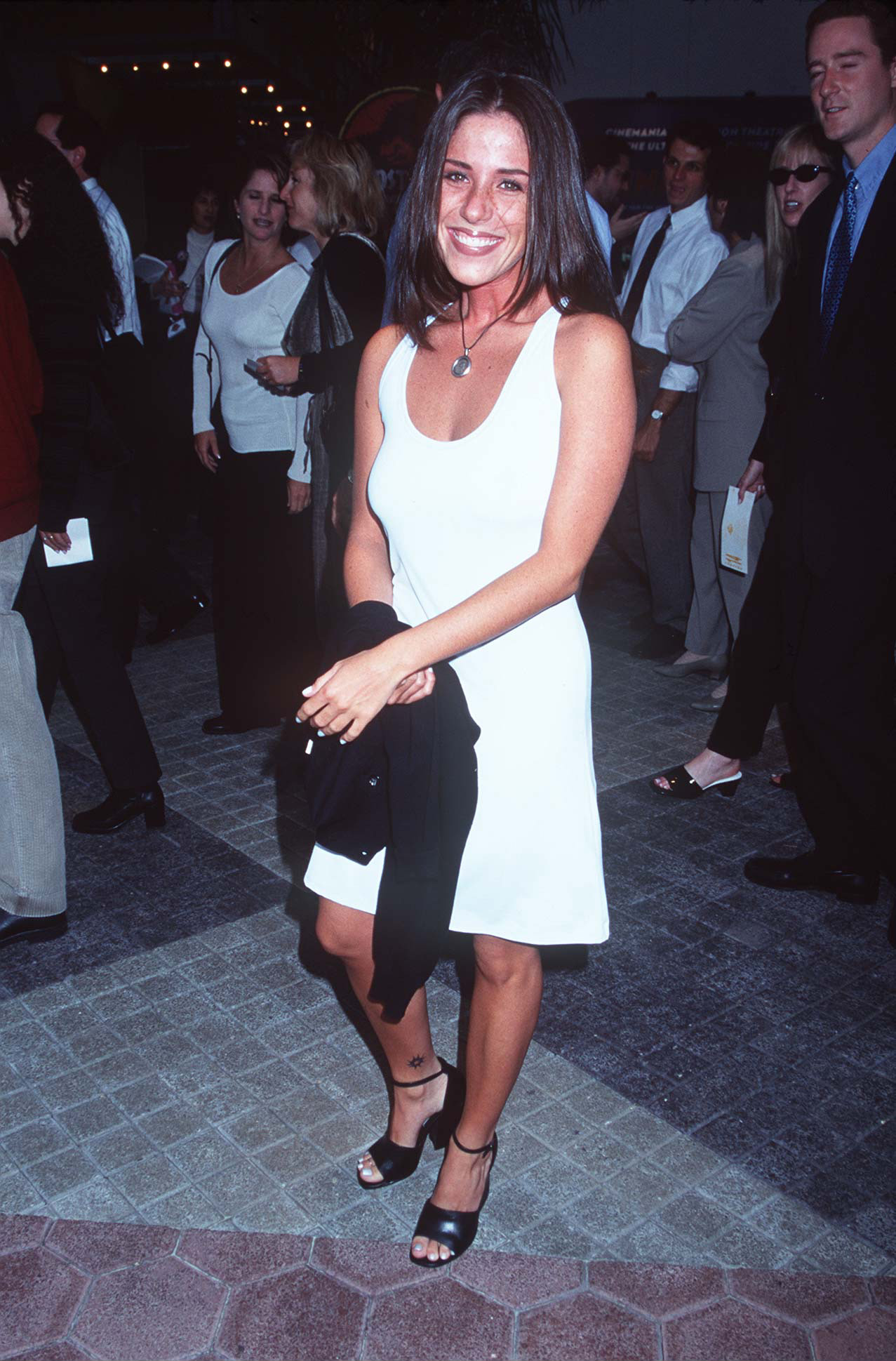 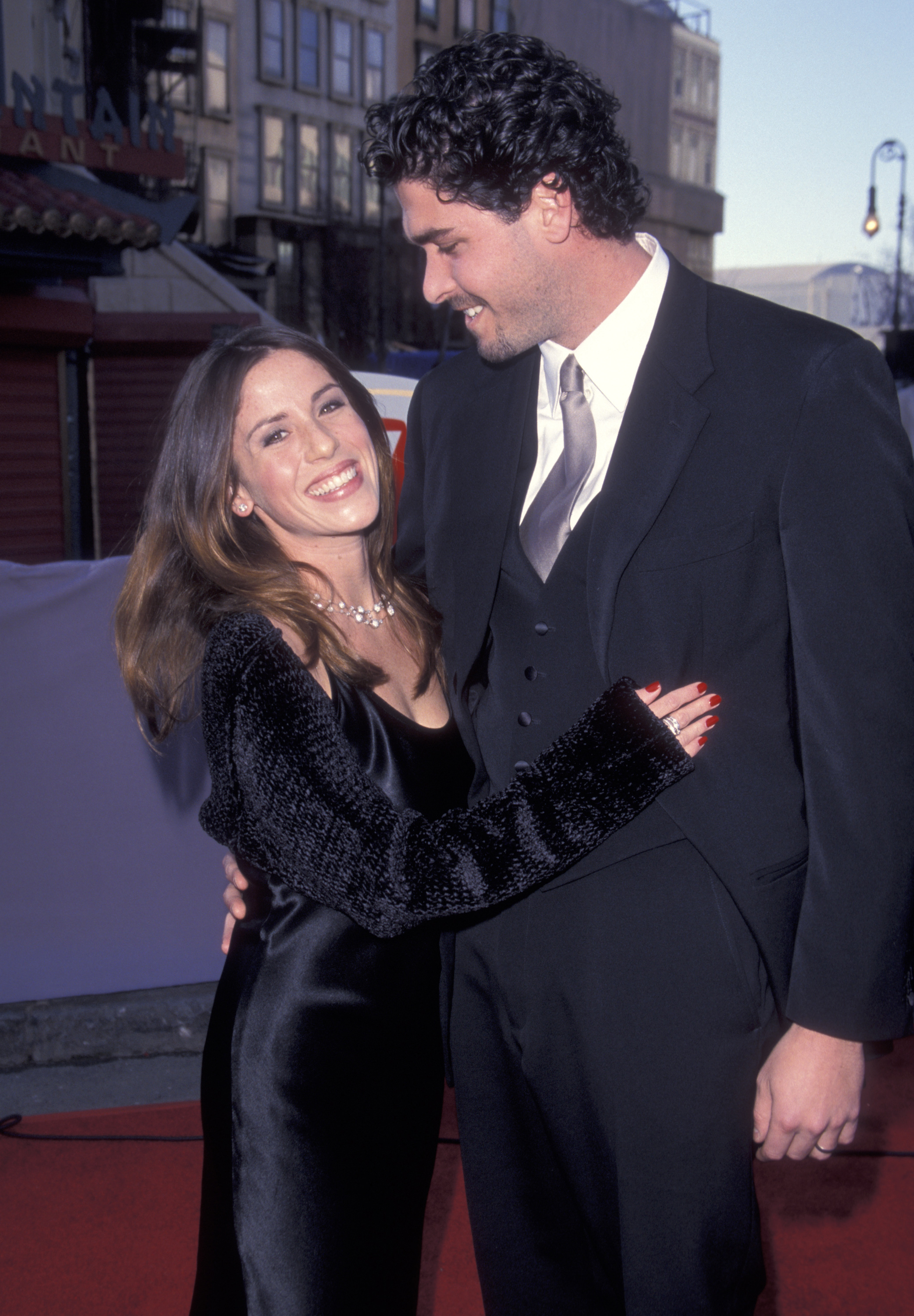 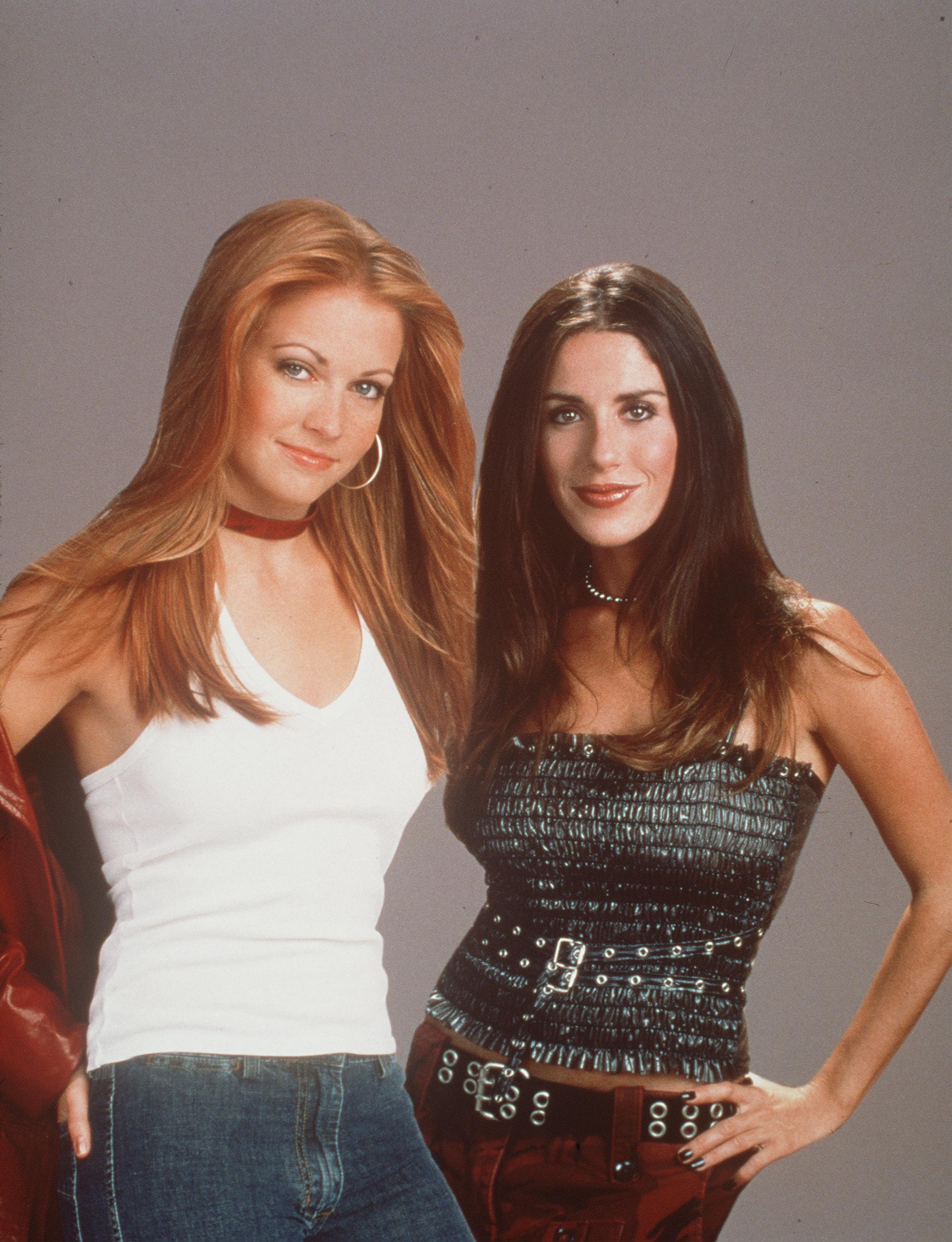 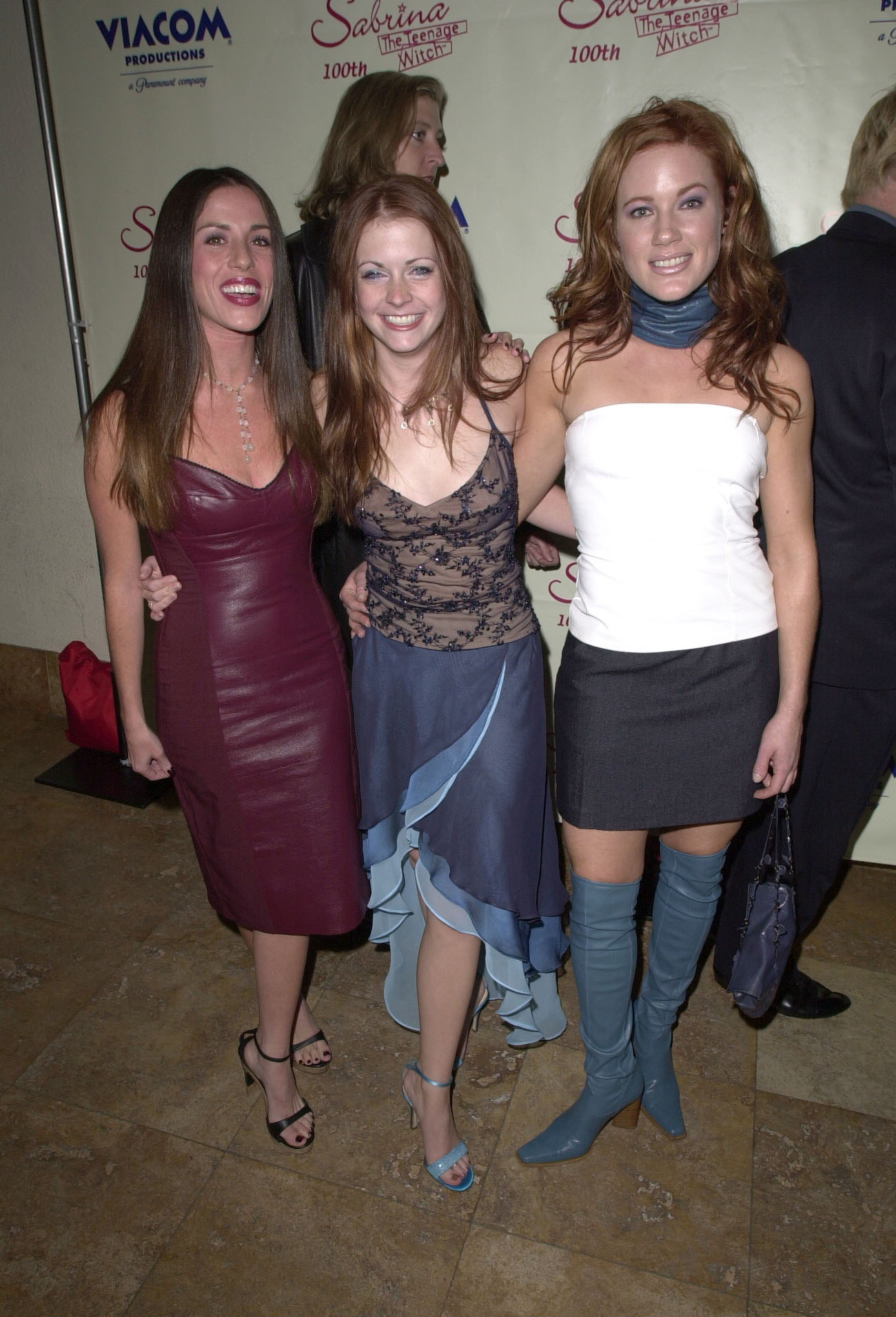 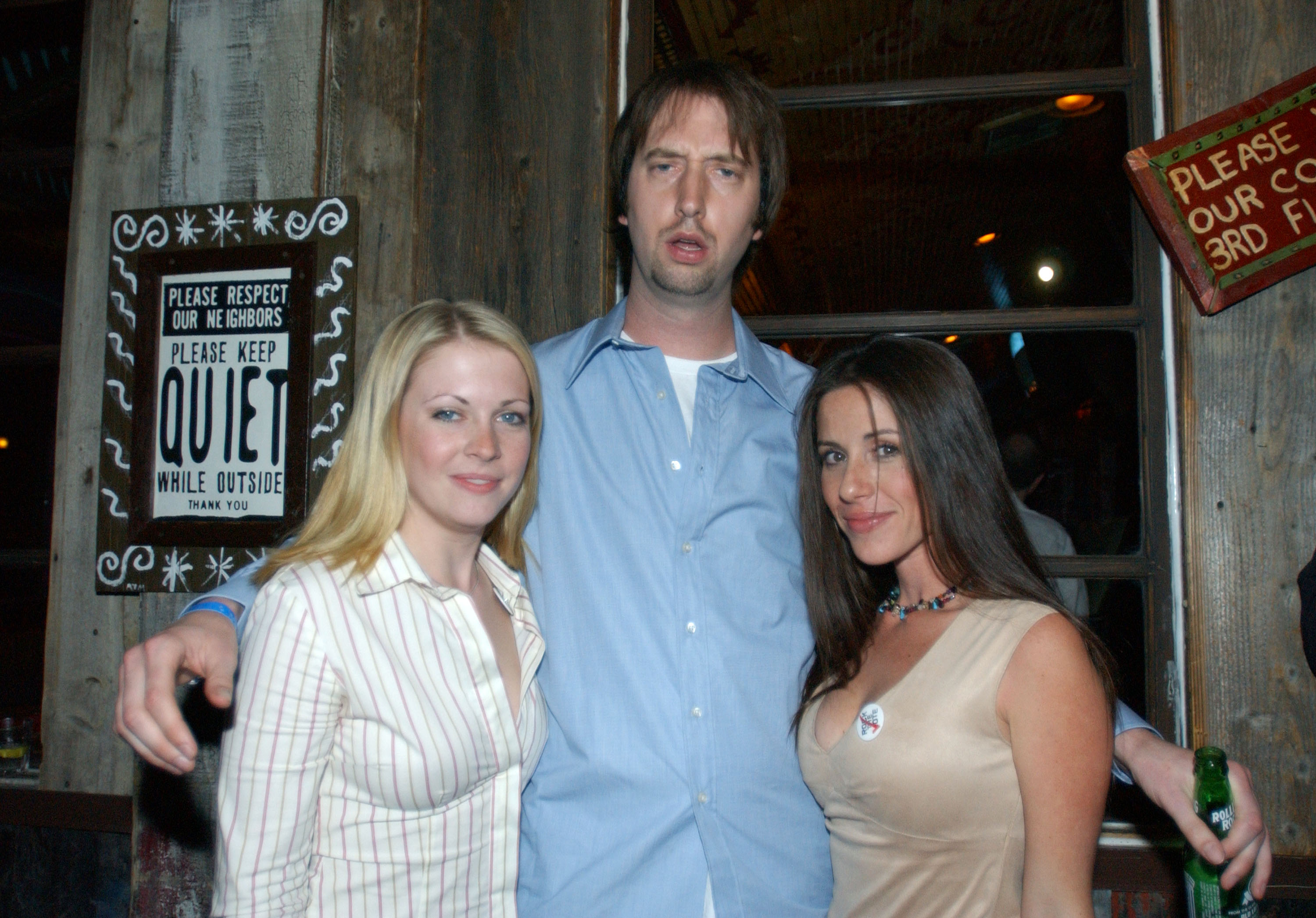 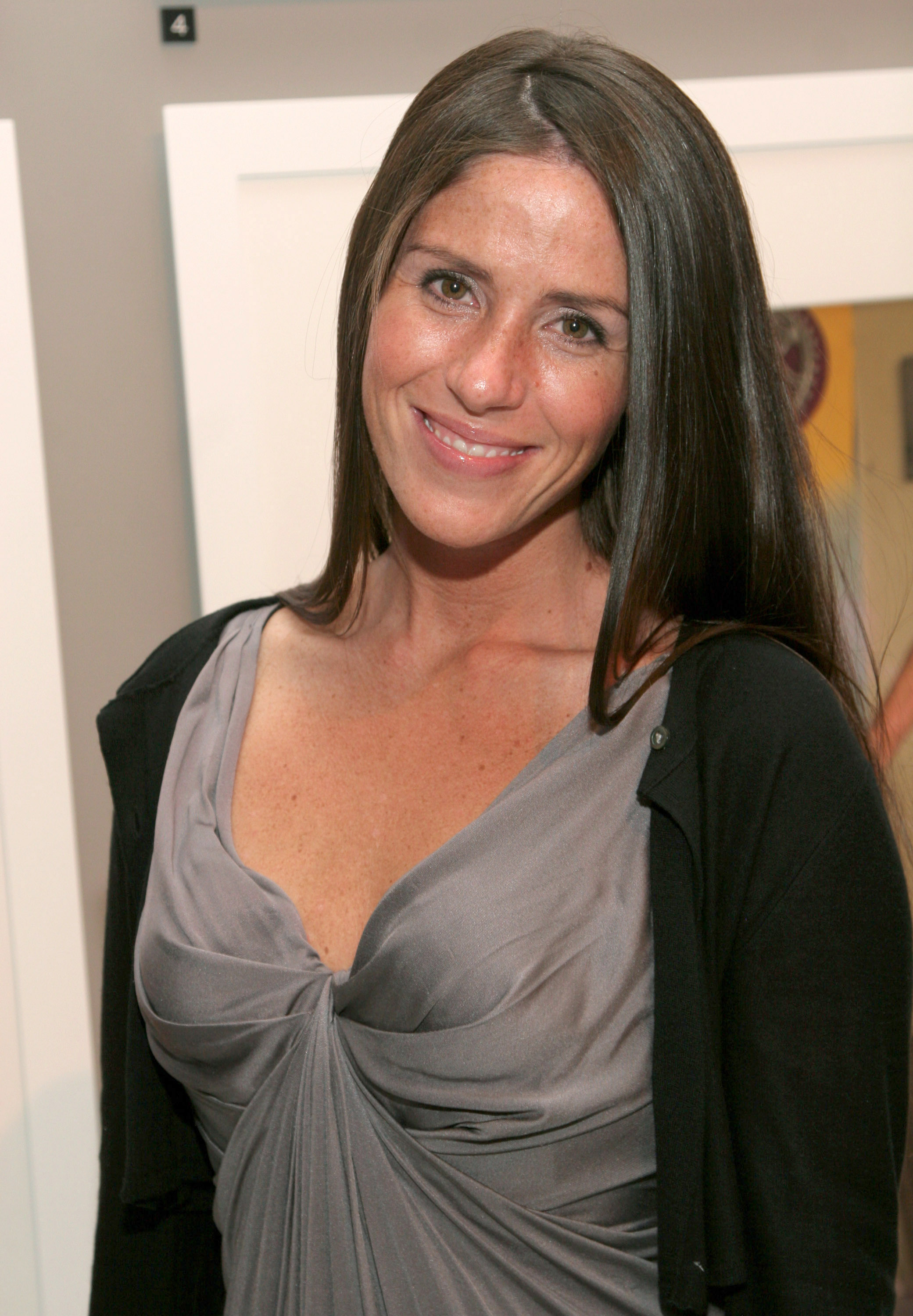 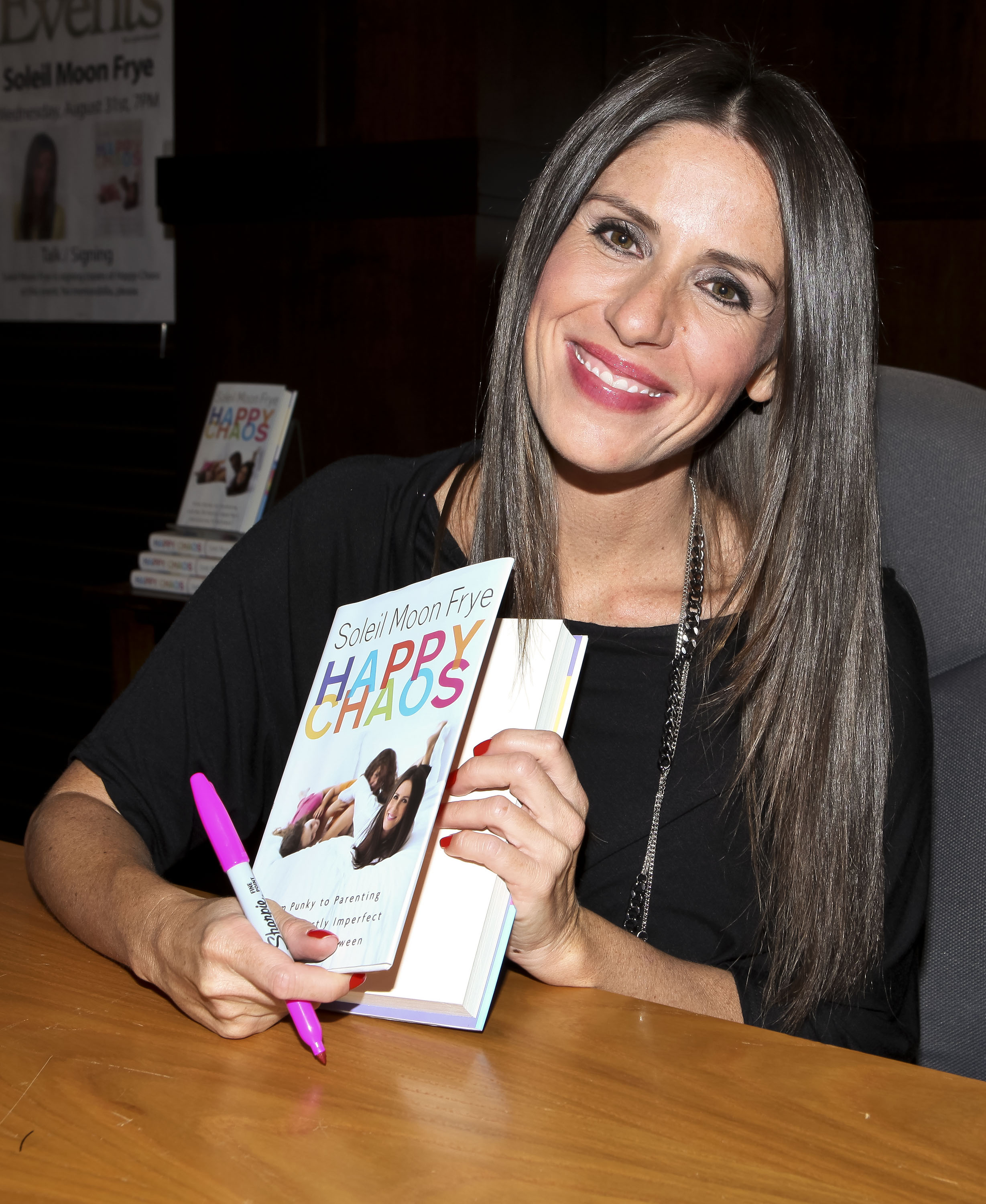 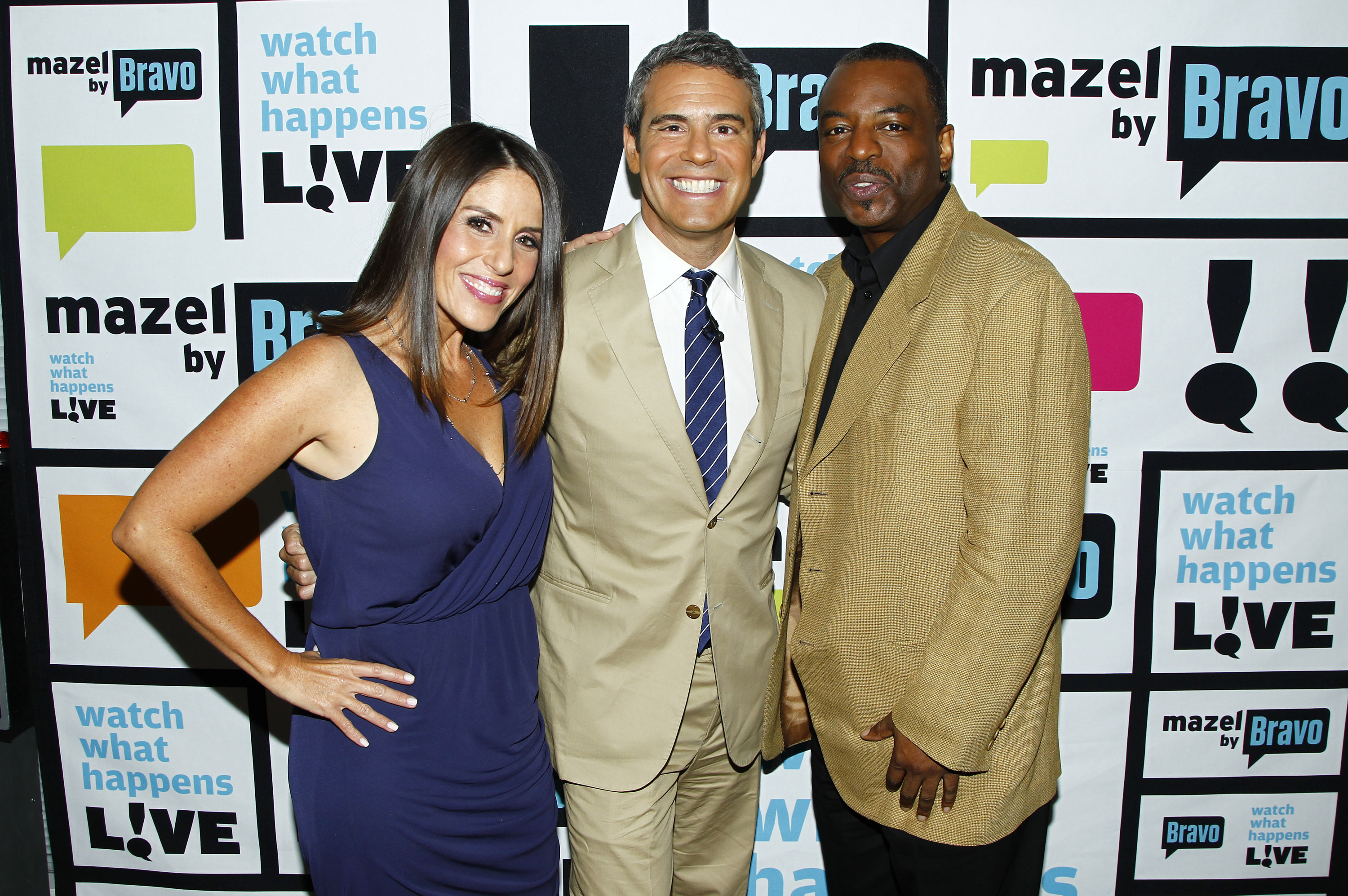 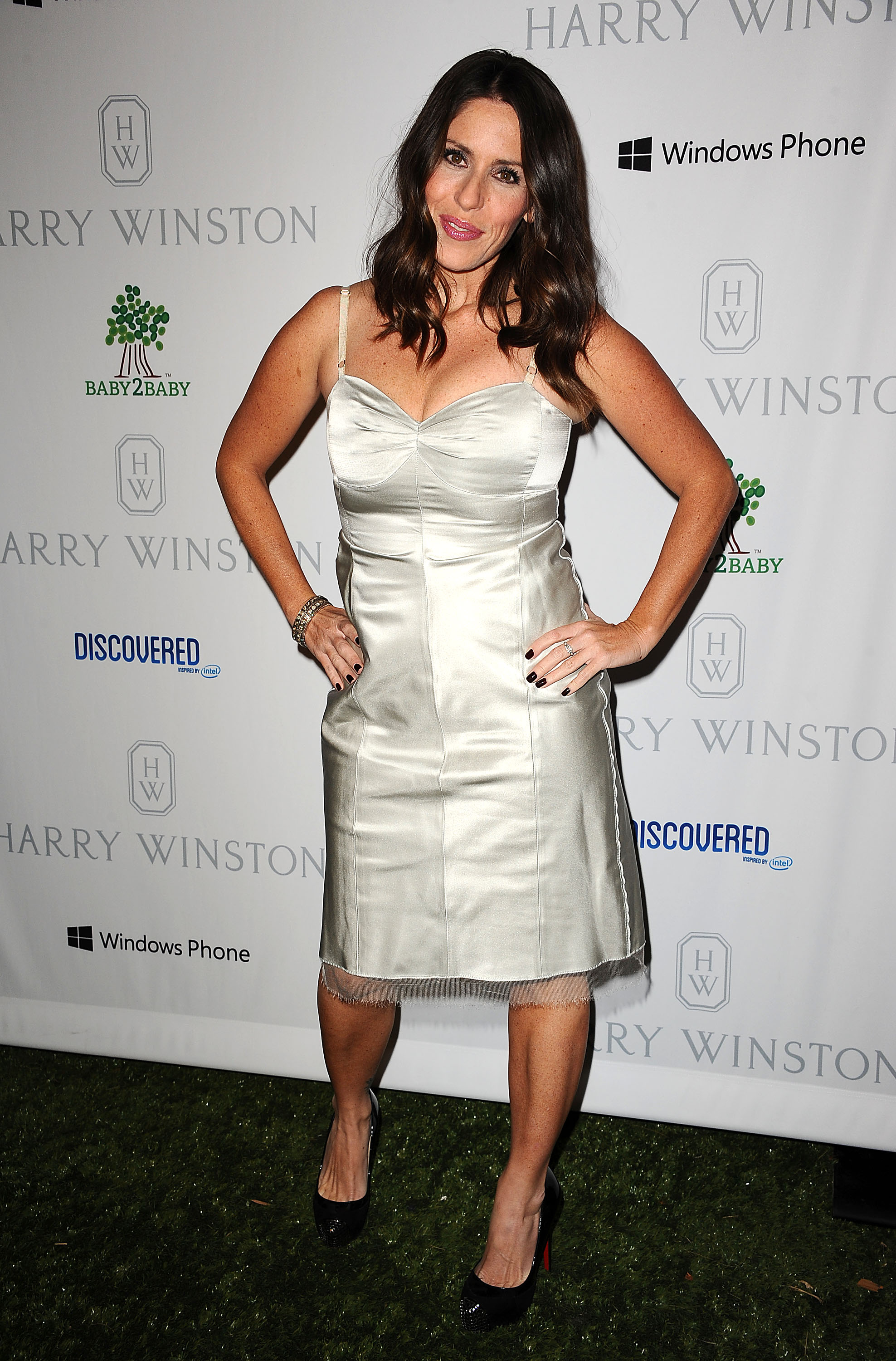 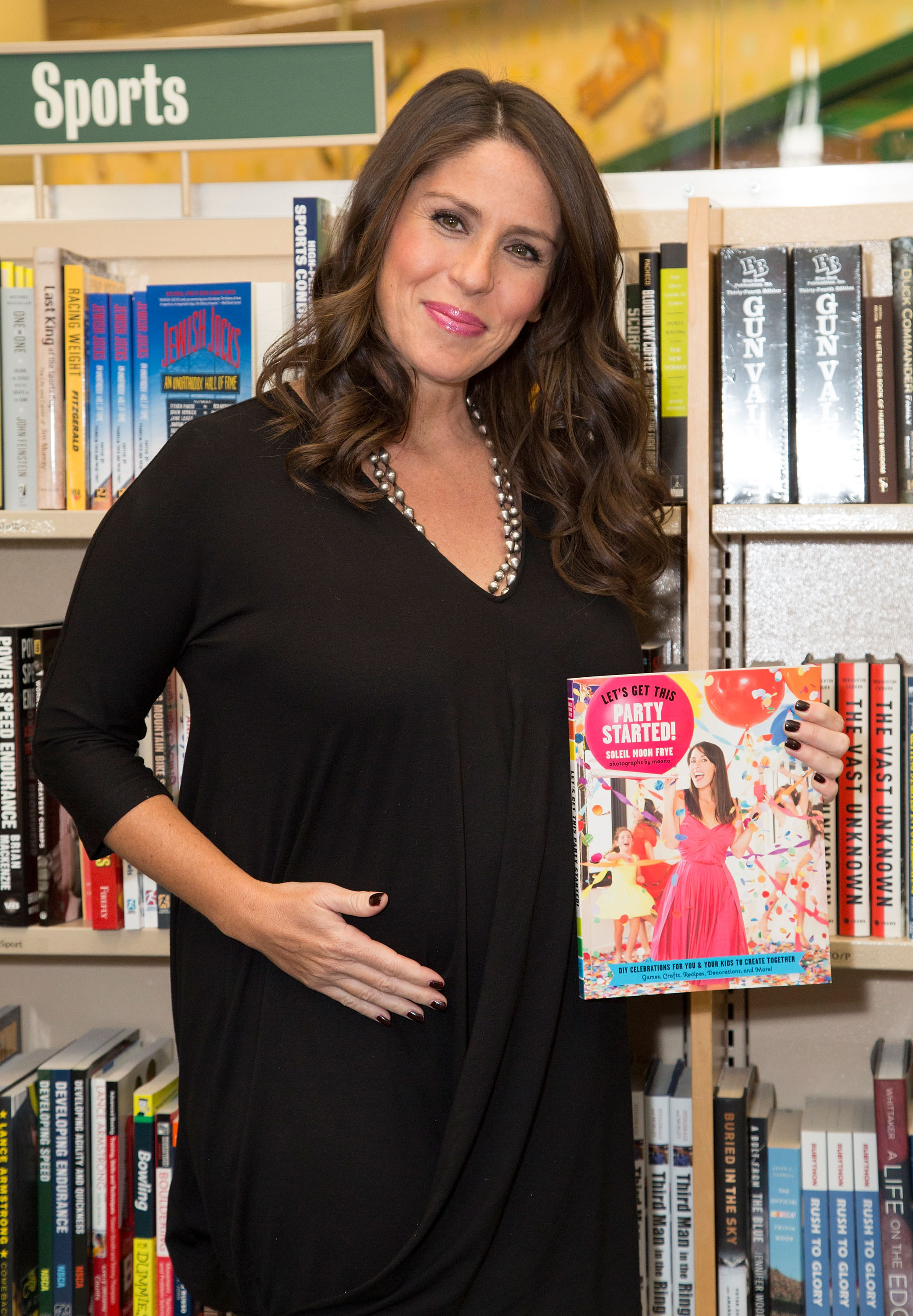 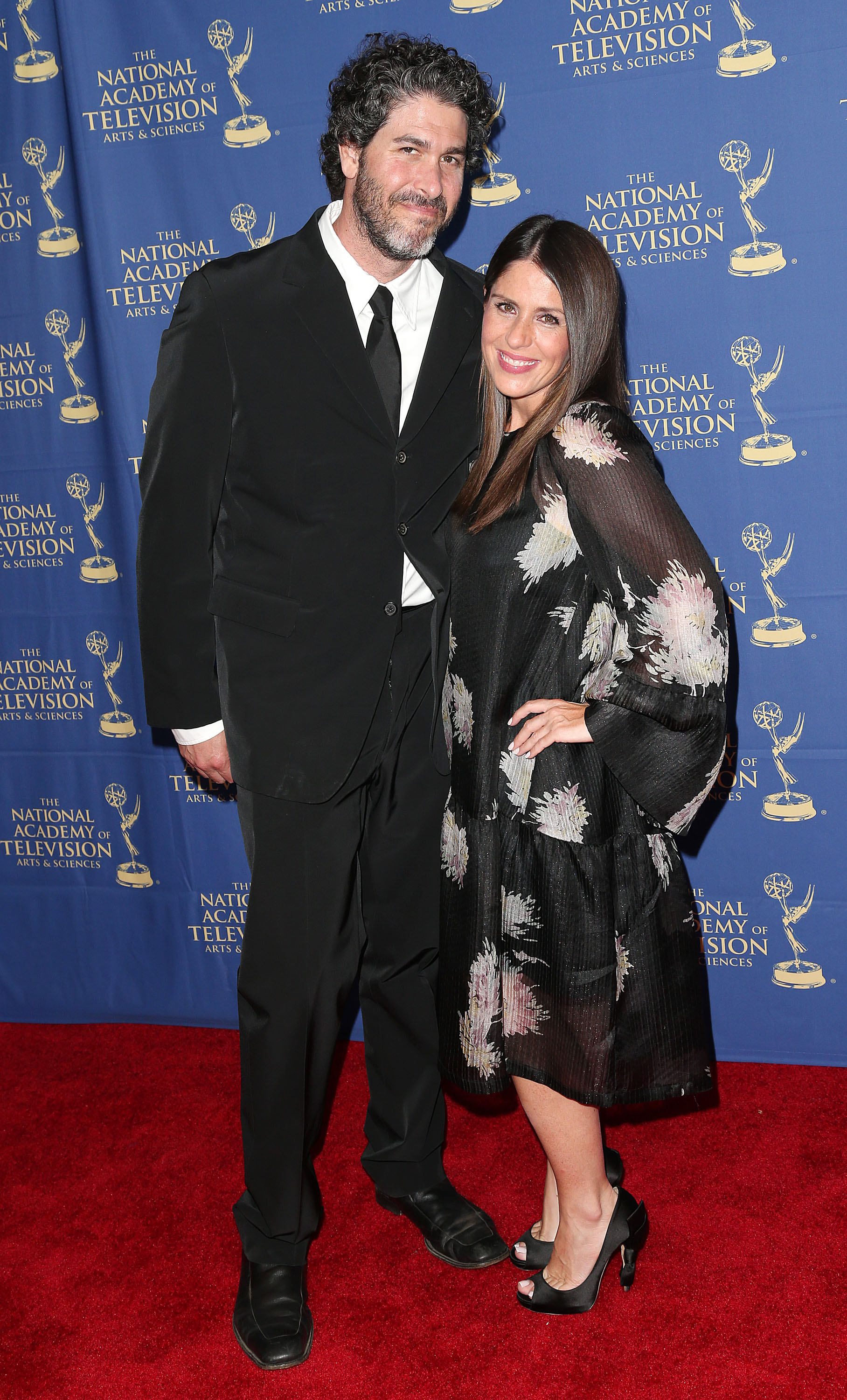 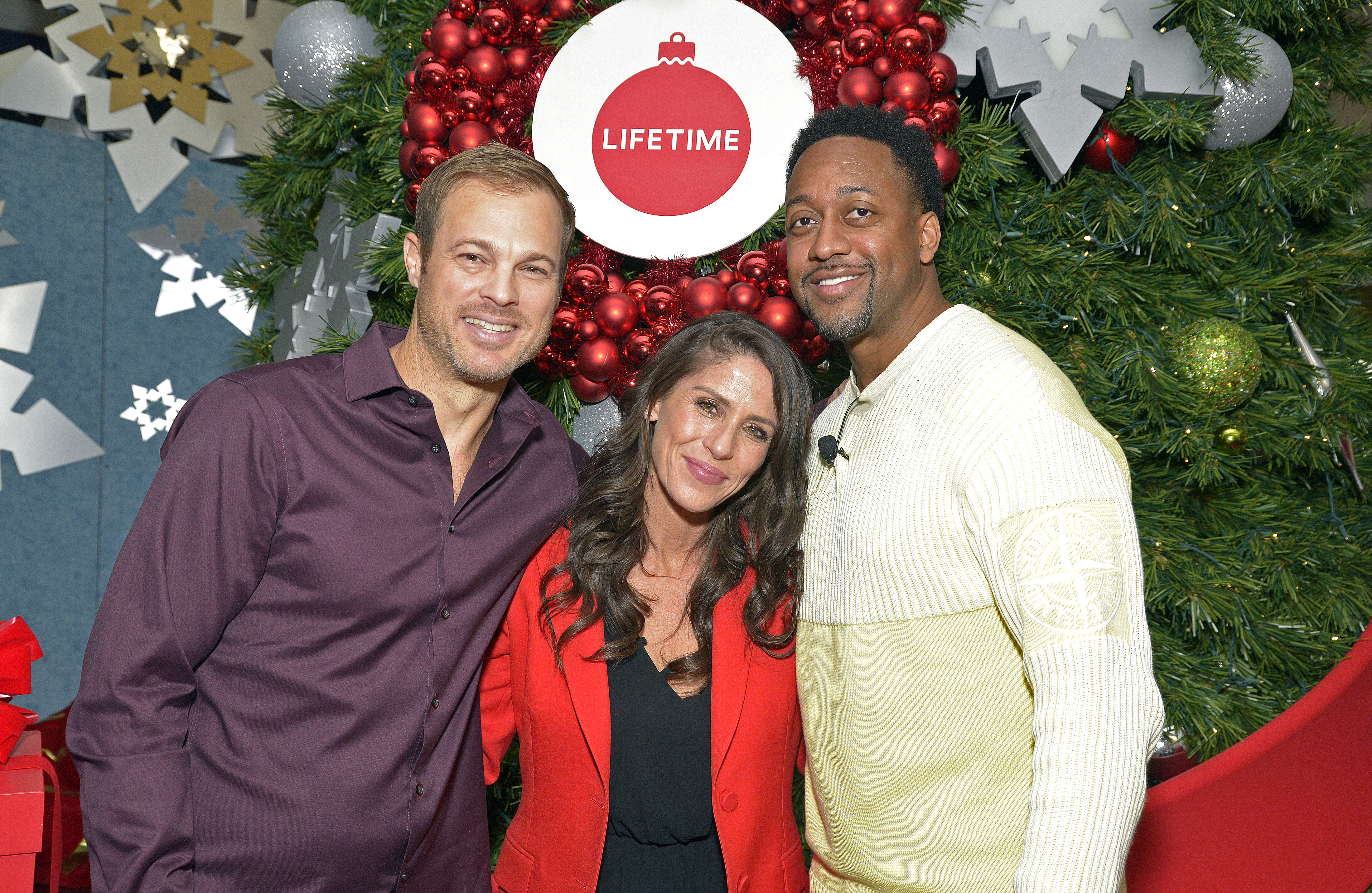 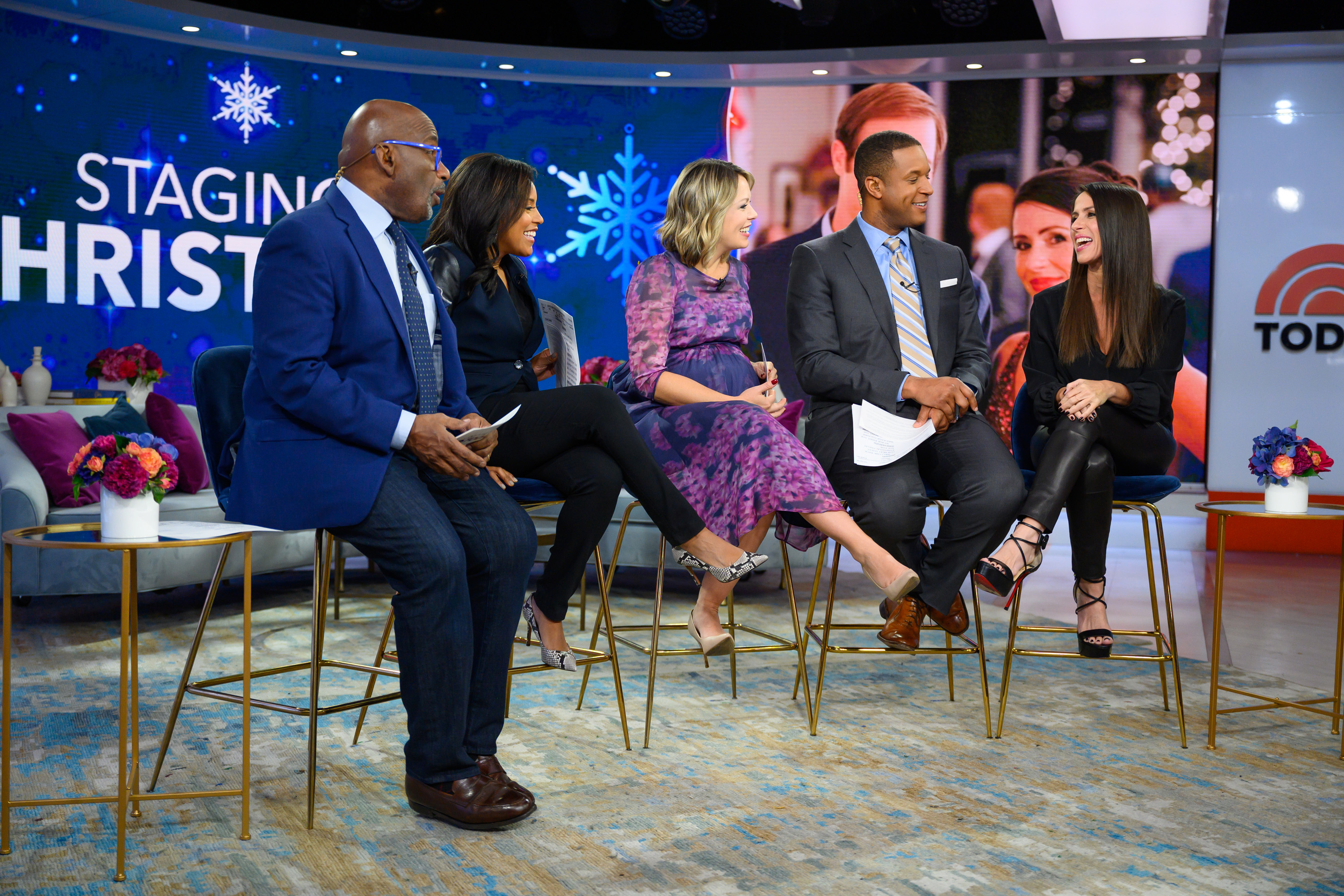 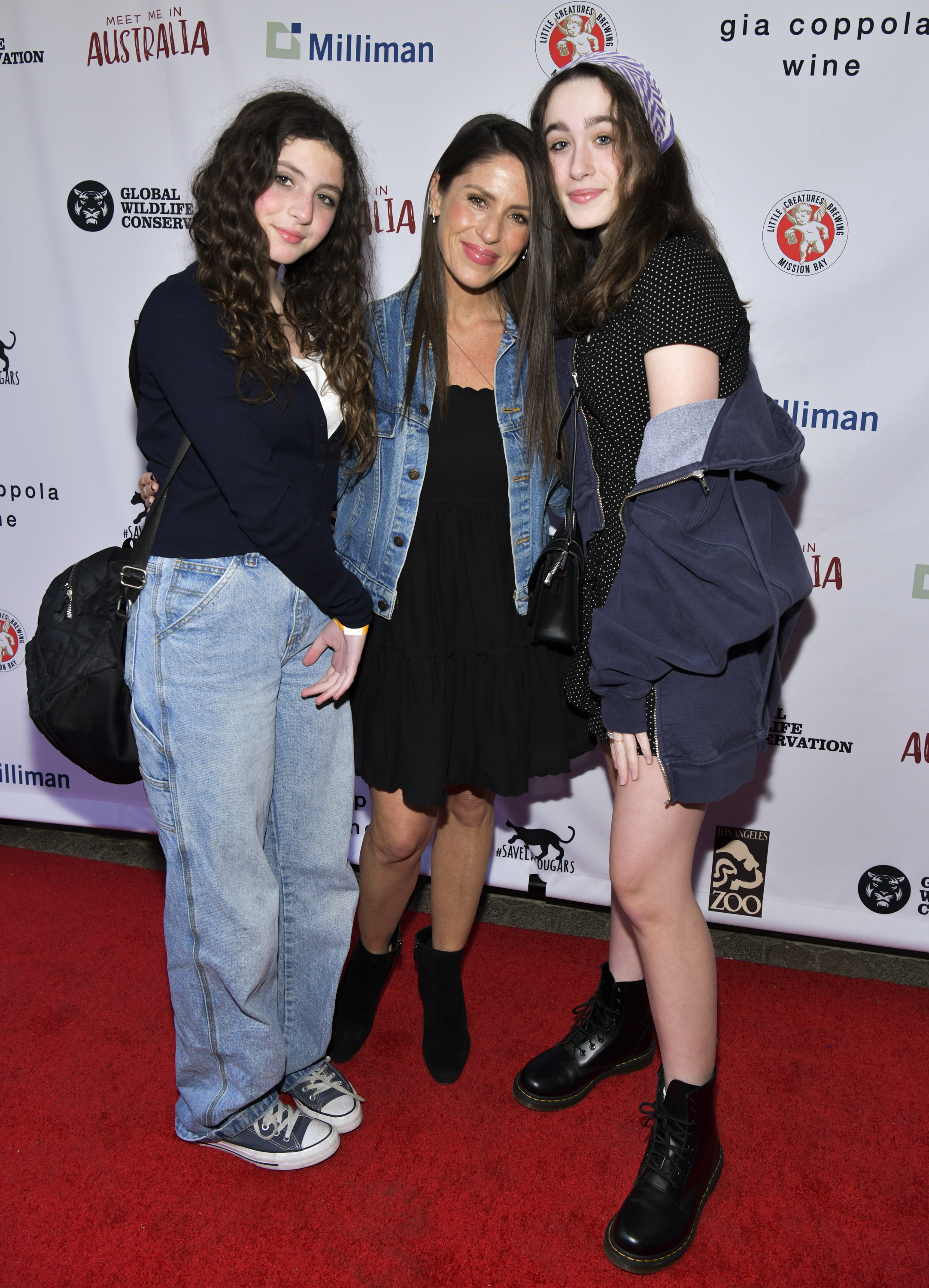 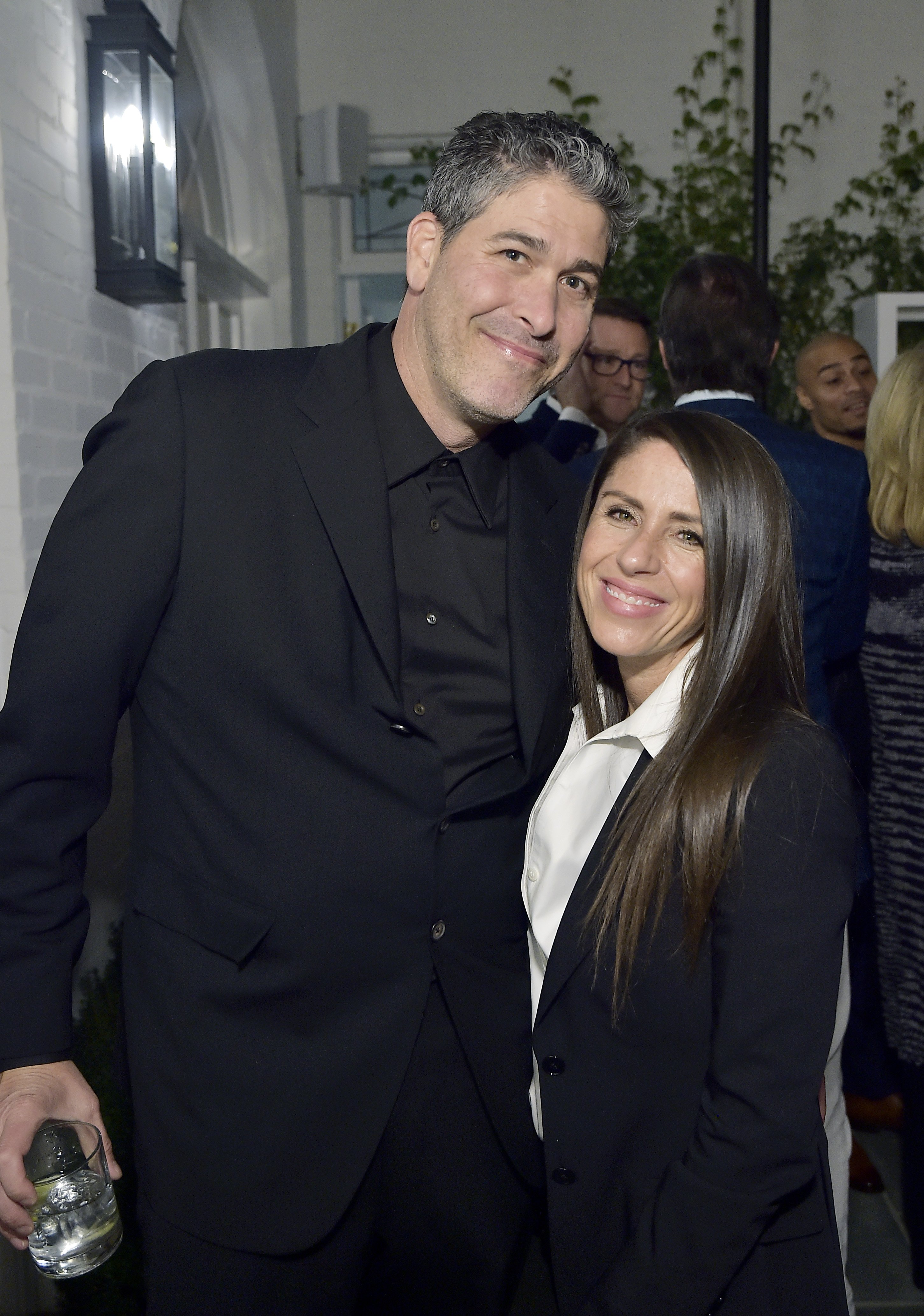 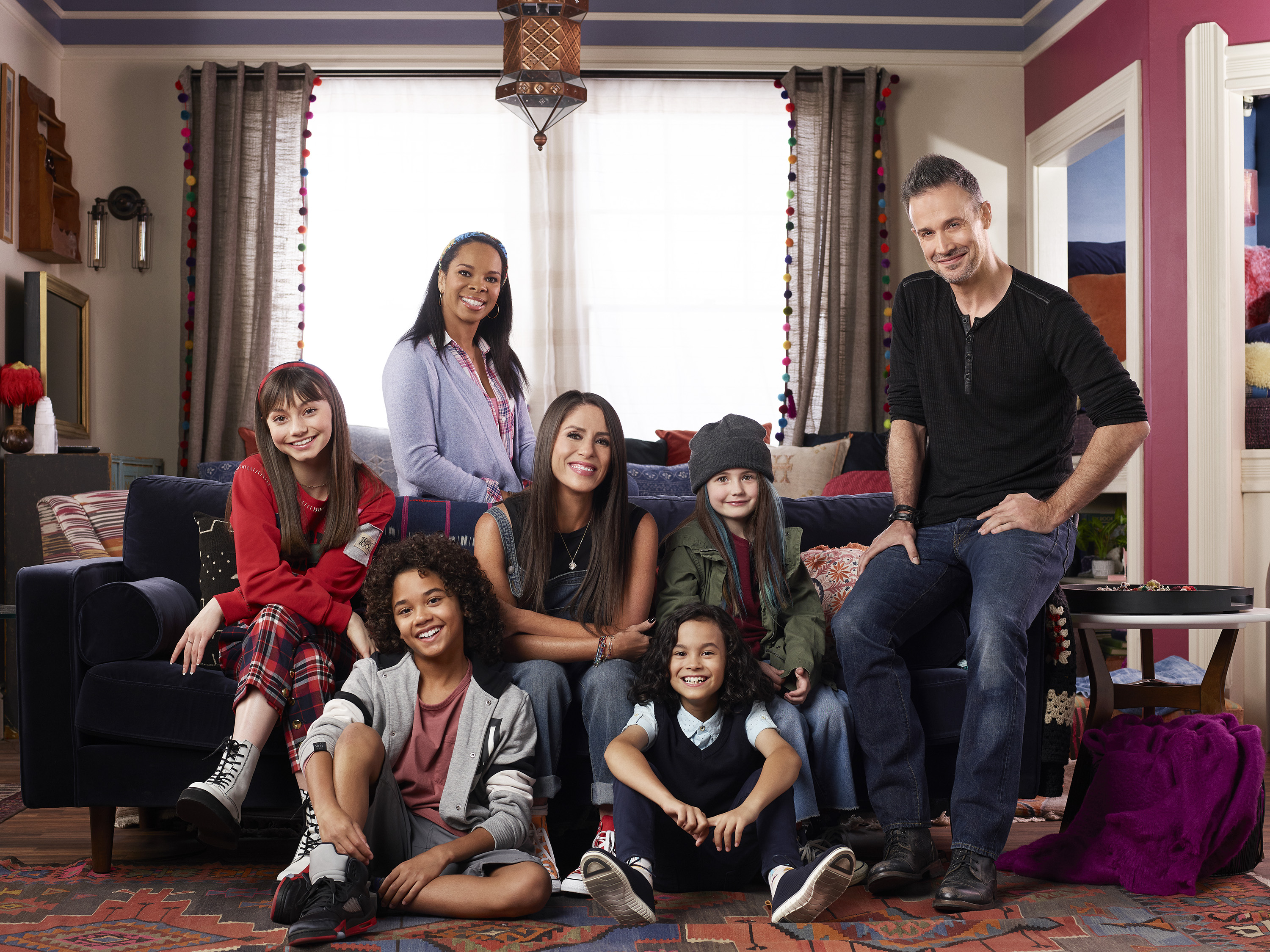 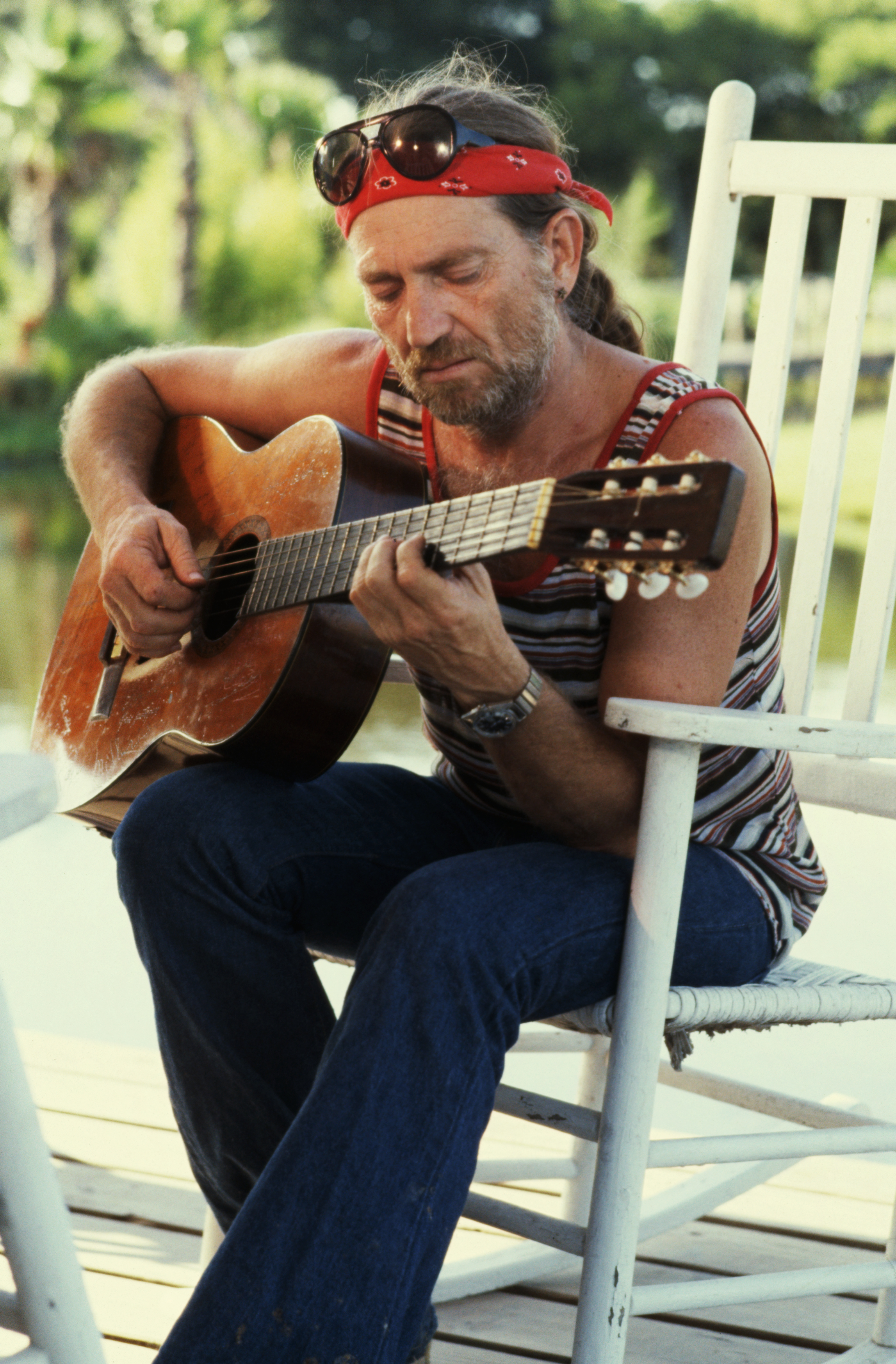