‘Big Little Lies’ star Reese Witherspoon has introduced her fans to the newest addition to her family — an adorable puppy named Major.

Reese Witherspoon, 44, has a new fur baby in her life! The Legally Blonde icon took to Instagram on January 15 to introduce the world to her new puppy. “Welcome to our family, Major! #lovemylab,” she captioned the photo of her beautiful black Labrador. “Major!!!!!” her former co-star Selma Blair, 48, commented, while author Derek Blasberg joked, “ANOTHER ONE? Just adopt me already!”

Fans of the Little Fires Everywhere star would recall Reese recently adopted a French bulldog named Minnie Pearl, just a few months after the family had lost their dog Pepper. She revealed in October 2020 that the French bulldog had succumbed to her months-long battle with an “aggressive cancer.” She wrote on Instagram, “My goodness, she was such a loyal and devoted family member. I am so heart broken, but I am also deeply grateful for all the love and comfort she brought our family.”

Along with the exciting new addition to her family, Reese has been keeping busy in quarantine with plenty of projects on the go, including a third film in the Legally Blonde franchise. Currently, she is starring with Jennifer Aniston in the Apple TV+ drama series The Morning Show, which is returning for a second season. She has also been seen fitting in plenty of family time while locked down with her kids Ava and Deacon, whom she shares with actor Ryan Phillippe. 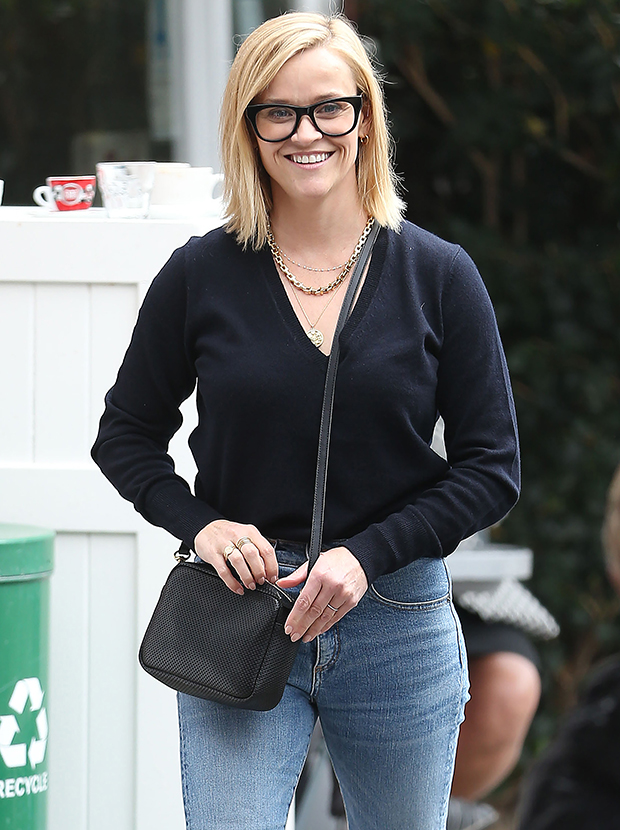 Reese was spotted in the great outdoors on more than one occasion in 2020, both with her kids and going on solo runs near her California home. On one outing, Reese sported an all-black ensemble with a long sleeve sweatshirt and fitted black leggings. She also wore a baseball cap and sunglasses in case the beaming sun obstructed her view. On another occasion, Reese and her look-a-like daughter, Ava, went for a jog near their home to get their endorphins going!