The Real Housewives of Potomac star Ashley Darby announced she and husband Michael Darby are separating.

The Maryland-born beauty, 33, released a statement Tuesday to The Daily Dish confirming that she and her spouse, 62, had parted ways after more than seven years of marriage.

‘Almost eight years ago, when Michael and I said “I do,” we anticipated sharing every single day together from that moment forward,’ Ashley said. ‘Unfortunately, that is not our current reality. We have decided to separate. 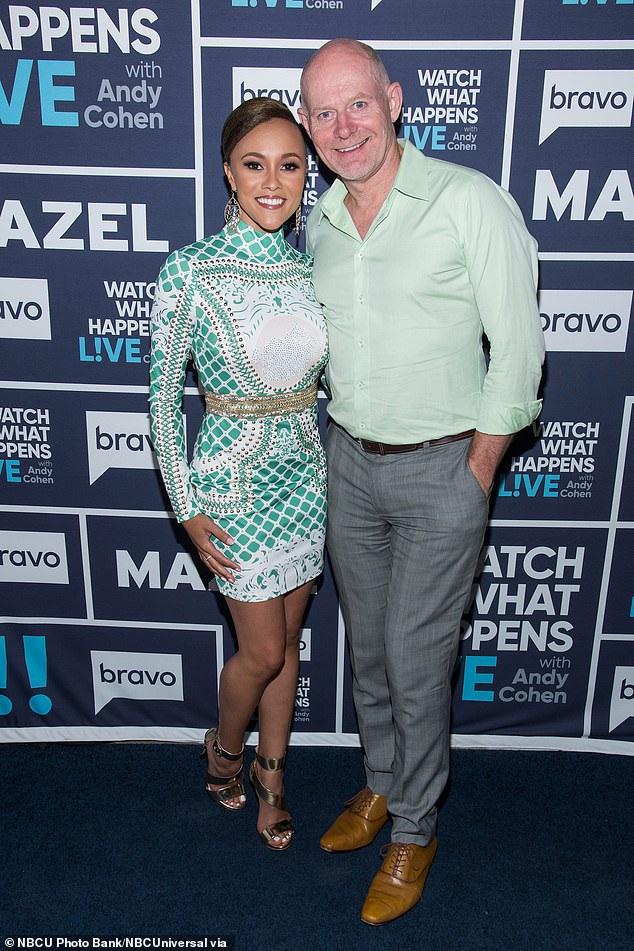 The latest: The Real Housewives of Potomac star Ashley Darby, 33, announced she and husband Michael Darby, 62, are separating in a statement on Tuesday. The couple was snapped in 2018

‘We are aware that there will be many speculative views as to why we have made this decision. People will be quick to assume that the causes were too much intrusion by reality TV into the most personal parts of our lives, age gap issues, cultural problems, or child-rearing differences.’

Ashley said that the aforementioned factors might have impacted their ‘pure love for each other, but no one reason is the root cause of our mutual decision to go our separate ways.

‘We are now both at very different stages in our lives and have different goals for our futures. We both want the other to achieve true happiness and fulfillment and feel that we cannot do this together.’

The separated couple, who wed in May of 2014, are parents to sons Dean Michael Darby, two, and Dylan Matthew Darby, one. 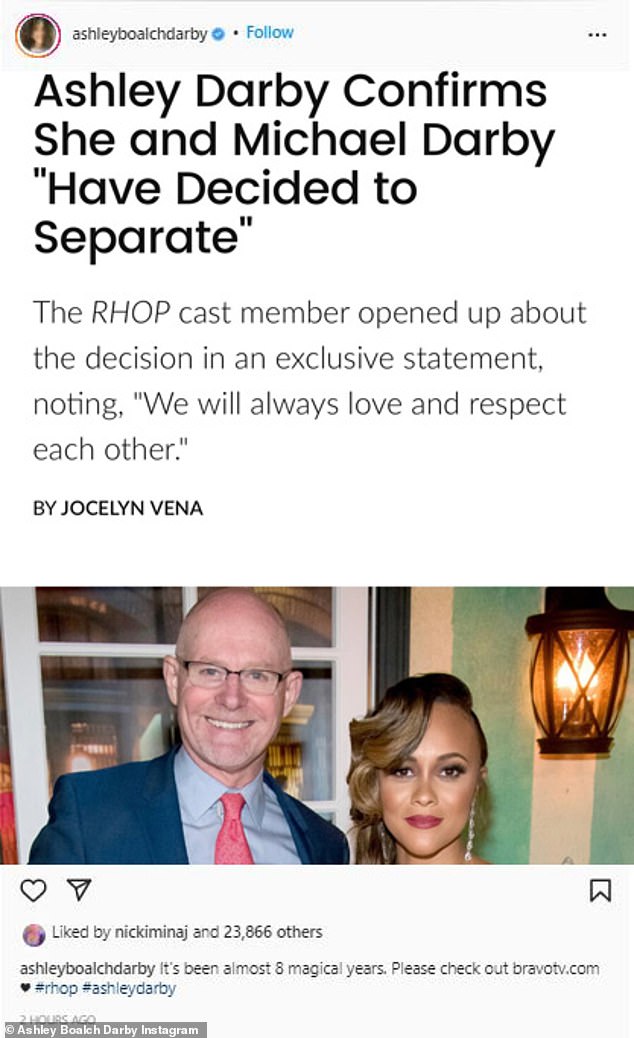 In an Instagram post featuring her statement, Ashley wrote that ‘it’s been almost 8 magical years’ of marriage 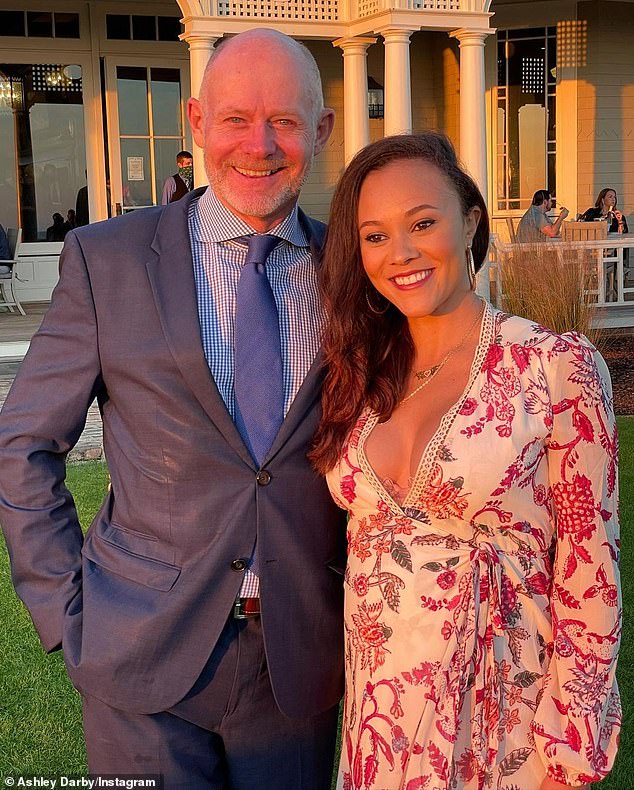 The separated couple, who wed in May of 2014, are parents to sons Dean Michael Darby, two, and Dylan Matthew Darby, one

‘While our romantic bond is broken, we will always love and respect each other,’ Ashley said. ‘We also know that true happiness can only be achieved by continuing to work together and putting our hearts and souls into raising our two beautiful boys, Dean and Dylan.

‘They will always feel loved and supported, for they were truly created out of love. As this is a personal matter for us, we appreciate everyone who has been a part of our journey and ask for your continued support by respecting us as we go through this emotional situation.’

In an Instagram post featuring her statement, Ashley wrote that ‘it’s been almost 8 magical years’ of marriage.

The pair initially met 11 years ago when she was working at the L2 Lounge in the Georgetown neighborhood of Washington, D.C., and she asked him about exploring an internship at his company, she told Bravo in 2016. She eventually asked him out when she got a position with his company and they were engaged less than a year later.

Michael, who is in the restaurant and real estate business, in September of 2018 was suspended from the Bravo show after he was accused by a cameraman of groping him. He was charged in connection with felony assault and misdemeanor improper sexual conduct, but the charges were later dropped as result of a lack of evidence. 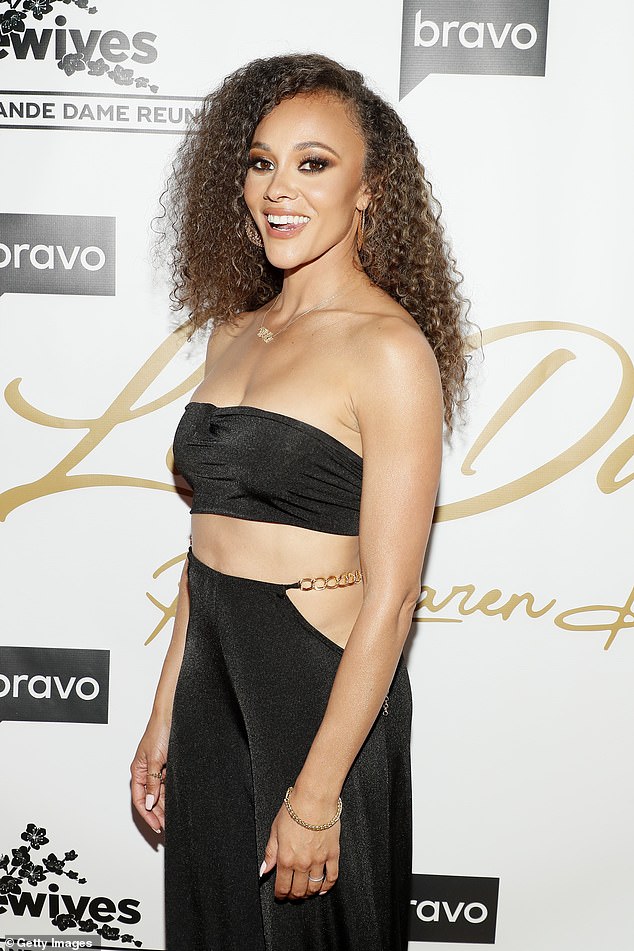 Darby was snapped Saturday at a screening in Washington, D.C. 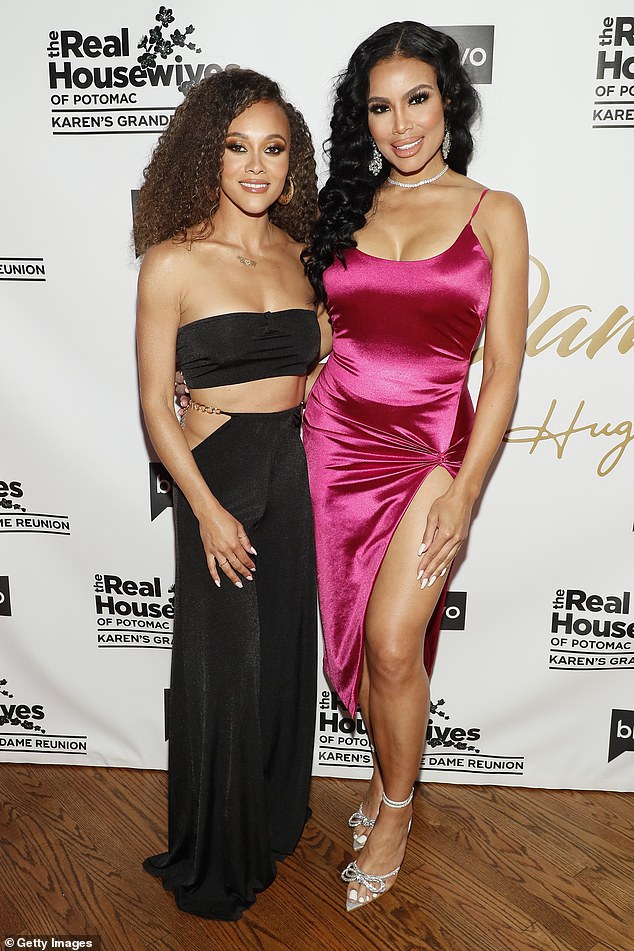 Darby posed with RHOP co-star Mia Thornton at the event 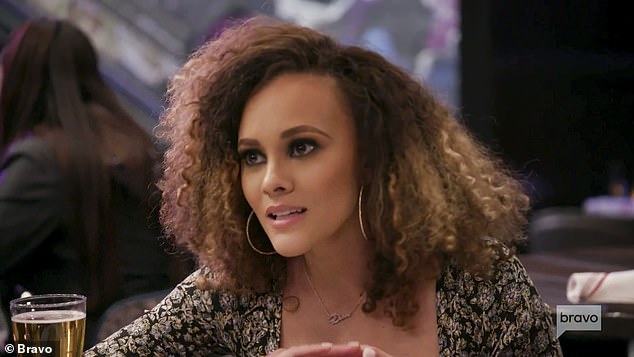 Michael denied the allegations, telling FOX 5 D.C. that he was ‘completely exonerated’ and ‘completely cleared’ following an investigation by authorities.

‘I didn’t do it,’ he said, adding that a pair of witnesses his accuser named in the incident later said that they hadn’t seen anything. ‘Obviously his side of the story wasn’t true.’

The chain of events made for a storyline on RHOP’s fourth season, as he was alleged to have made a sexually-driven remark about cast member Robyn Dixon’s husband Juan Dixon, which was witnessed by Robyn, co-star Candiace Dillard-Bassett and husband Chris Bassett.

Ashley addressed other marital issues the pair faced – such as cheating allegations brought up on the show – while speaking with E! News in February.

‘We definitely have had our share of issues [and] some of them have been very public,’ she said. ‘Ultimately, I think that it’s reminding myself that Michael is the person I chose to spend my life with.

‘So, if I can look at him and still love him, still care about him, forgive him and want to keep going with him. Then that’s when I can’t let what other people say affect me, because the reality is they’re not living my life. They’re not married to my husband. When I remember that, it centers me and I’m like, “Yes.” But it’s certainly not an easy thing.’

Michael, who is originally from Melbourne, Australia, was previously in a marriage for 20 years before a 2010 split, and father to two children from that union.