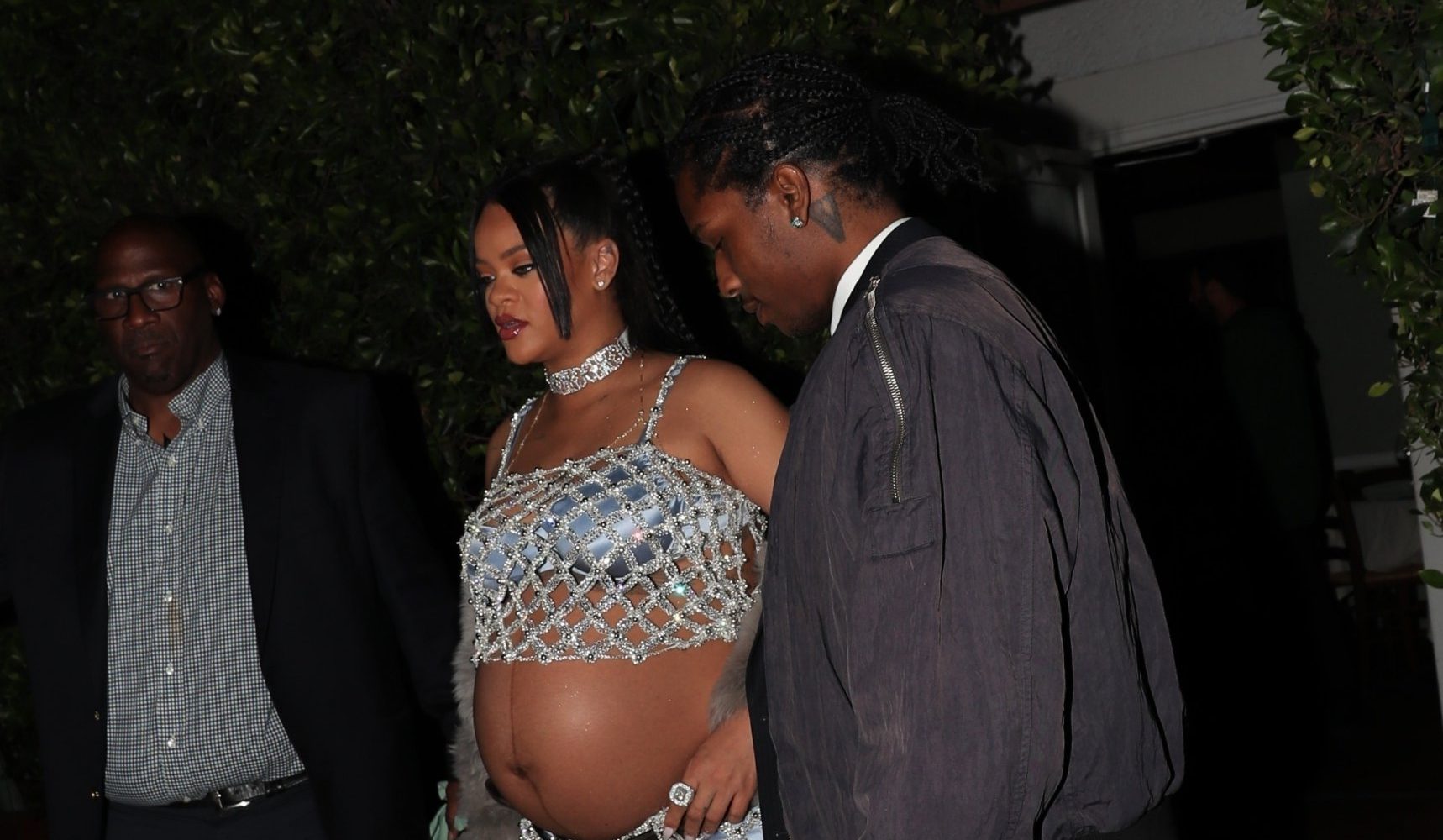 Rihanna celebrated her first Mother’s Day heavily pregnant but looking as glam as ever.

Refusing to put her feet up in the last stages of her pregnancy, the Diamonds singer stepped out in the town over the weekend with boyfriend A$AP Rocky.

The couple, who are expecting their first child together, really, any day now, were spotted arriving at Rihanna’s favourite restaurant, Giorgio Baldi in Santa Monica, California in celebration of Mother’s Day.

It was hard to miss RiRi as she shone bright in a netted silver crop top and miniskirt combo which, of course, left her baby bump exposed and was teamed with a thick diamond choker, an even glitzier handbag and matching heeled sandals.

She finished off her eye-catching look with a grey fur coat hanging loosely from her shoulders, and was seen being helped out of a convertible car by the driver who took her hand.

A$AP, real name Rakim Myers, dressed smart for the occasion in a shirt and smart trousers, and looked attentive as he guided Rihanna out of the restaurant and into their waiting car.

The two seem to be loved-up as ever as they prepare to become a family, and last week fuelled rumours they were engaged or had secretly married.

A$AP, 33, debuted the music video for his new single DMB which saw Rihanna, 34, taking the starring role as his leading lady.

In a wedding scene, the rapper was wearing a pair of grills that spelled out ‘Marry Me?’ Rihanna then flashed a smile with her own set of grills which said ‘I Do’.

The video then shows them getting married, with Rihanna lifting a red veil as they are pronounced husband and wife and friends throw rose petals over them after the ceremony.

However, despite the marriage and engagement rumours sparked by the video, sources close to the couple reportedly told TMZ that this is not the reality.

The couple is neither engaged nor married as ‘the whole thing was just done for fun’, the insider said.

Rihanna and A$AP announced they were expecting a baby in February, more than a year after going public with their relationship.