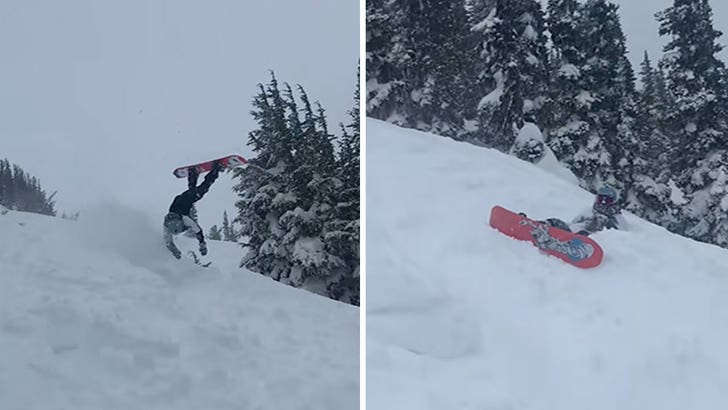 Steve Aoki‘s a great DJ — but clearly a horrible Shaun White impressionist … ’cause he comically failed at trying to hit a backflip on the slopes this week.

The 44-year-old posted video of his attempt at the difficult snowboarding trick on Tuesday — and it’s pretty hilarious.

In the footage, you can see Aoki in a blizzard hitting a ramp at full speed … before launching himself into the air and slamming into the powder below him.

To his credit, he did get nearly all the way around — but before he could land the trick, he pounded the snow hard.

“Still feeling this tbh,” Aoki said of the failed stunt.

The DJ, though, seems to be pretty good on the board nonetheless — and in a TikTok, he posted later Tuesday, you can see he’s actually got at least some skills on the mountain.

Then again, he didn’t land that trick either. So, maybe stick to the 1s and 2s and let White handle the snow tricks from here??