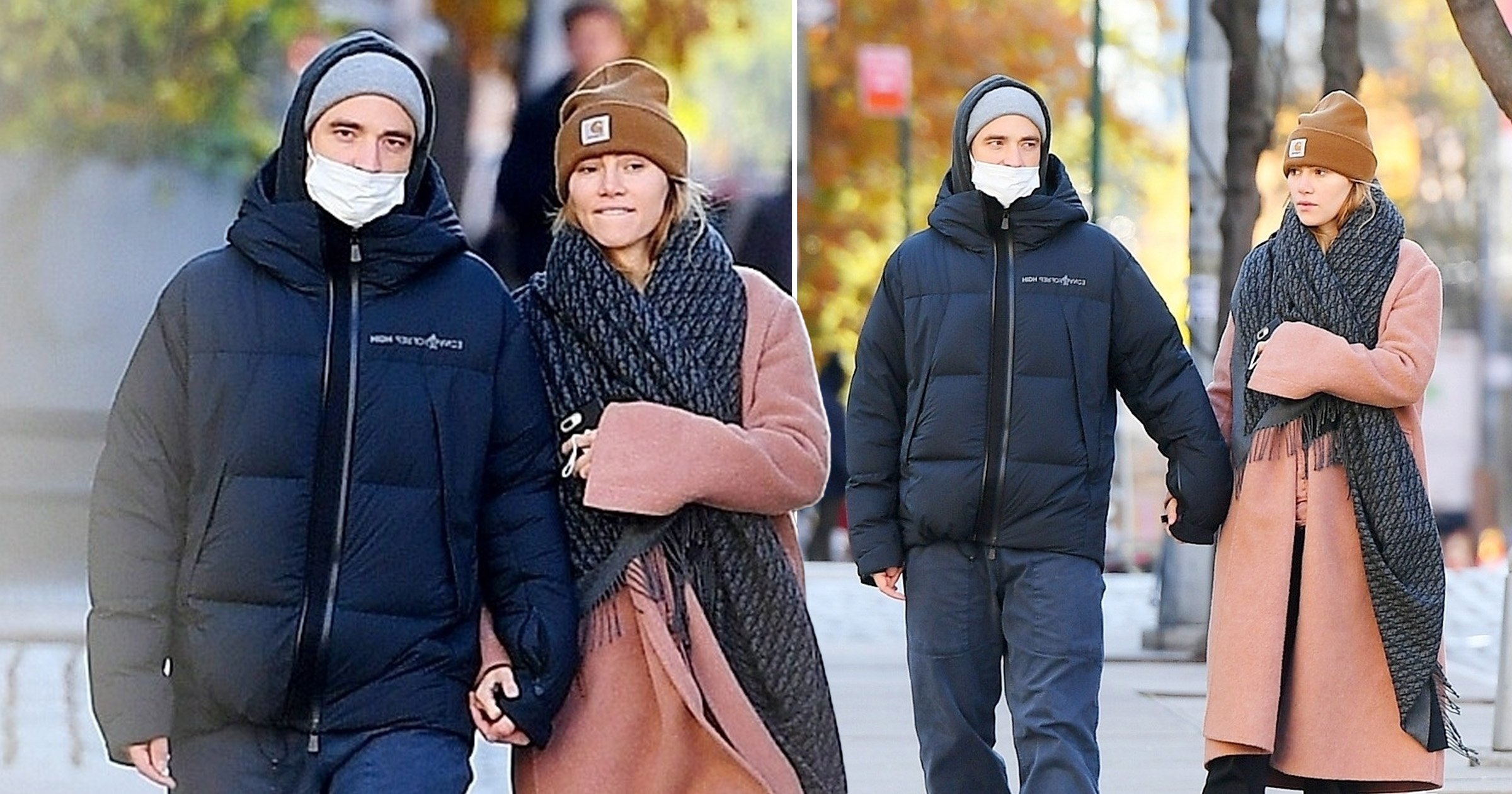 Robert Pattinson and Suki Waterhouse shared a romantic walk together in New York this week, wrapped up warm against the chilly weather.

The couple, who were first linked to one another in August 2018, looked as loved up as ever on their casual outing.

Robert, 35, wore dark blue casual trousers with large pockets, a navy padded jacket and a woolly hat with a hoody pulled up over it, as well as a surgical mask amid the ongoing coronavirus pandemic.

Suki, 29, was similarly bundled up in black trousers, trainers, a camel coat and a large black patterned scarf, with a camel woolly hat on her head.

The pair held hands for their walk together, staying close to one another on the casual outing.

It comes after Suki appeared to hit back at the reboot of Gossip Girl after the characters branded her a ‘nobody’ in a cruel quip on the show.

In an episode of the sequel series of Gossip Girl, which launched in July nine years after the original ended, Luna (Zión Moreno) references The Batman star Robert and his relationship with Suki when speaking to Zoya (Whitney Peak).

She says in the episode: ‘When are you going to get it? As far as the press is concerned, he’s R-Patz and you’re Suki Nobody.’

Suki appeared to criticise the episode in tweets which were later deleted, reportedly writing: ‘Another day to be reminded that women can also be the patriarchy,’ while including a screenshot of a scene where Gossip Girl characters are saying: ‘F**k the patriarchy.’

She reportedly added: ‘Seeing critiques of the patriarchy and sexism, then I get name-checked as somebody’s nobody girlfriend.’

Fans were quick to support the successful model and actress on social media and hit back at the misguided quotes from the show.