Rock Folly ruined by review that gave her the bum’s rush: She was the darling of 70s TV… but then Charlotte Cornwell, who has died aged 71, took on a vicious critic. She won – but ended up losing her home and having a breakdown

Charlotte Cornwell was a magnificent stage actress, a leading member of both the RSC and National Theatre, and a star of the Bafta award-winning TV series Rock Follies.

She was a wonderful singer, a committed social activist and the younger half-sister of writer John le Carre — who used her as the inspiration for Charlie, the lead character of his 1983 spy novel The Little Drummer Girl.

So it’s rather a shame that, for those of a certain age, the very first thing that springs to mind when Charlotte’s name crops up is — her bottom.

Or, more accurately, the legal dispute over the size of it, which ran on and on and nearly bankrupted her.

It was 1985 and Charlotte — who has died, aged 71 — was playing a brash, washed-up middle-aged rock star in the TV series No Excuses. She’d played the same role in the stage version and been lauded by critics for her ‘enormous power and persuasion’.

But Nina Myskow, the Sunday People’s caustic TV reviewer, was rather less keen. ‘As a middle-aged star, all Miss Cornwell has going for her is her age,’ she wrote in her Wally of the Week column. ‘She can’t sing, her bum is too big and she has the sort of stage presence that jams lavatories. 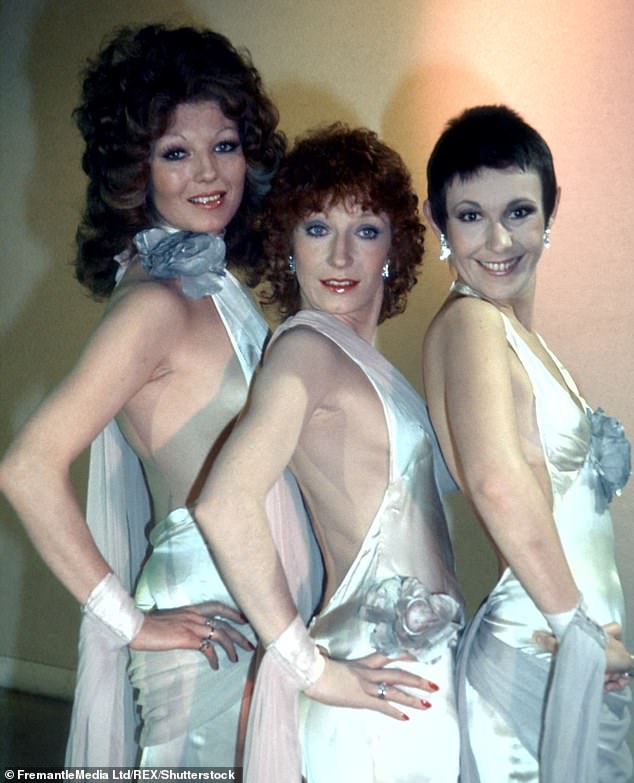 Charlotte Cornwell was a magnificent stage actress, a leading member of both the RSC and National Theatre, and a star of the Bafta award-winning TV series Rock Follies (pictured, left to right: Rula Lenska, Charlotte Cornwell and Julie Covington)

‘Worst, she belongs to that arrogant and deluded school of acting which believes that if you leave off your make-up (how brave, how real) and shout a lot, it’s great acting. It’s art.

Myskow’s self-styled ‘Bitch on the Box’ title had never seemed more apt. But speaking to the Mail 36 years on and following Cornwell’s death from cancer, she remains bullish.

‘The whole point of being a critic is that it’s all your opinion. It wasn’t about the people themselves. It was a review of the TV programmes, not of people in real life,’ she says. ‘I honestly don’t know what made [Charlotte] snap. I never could understand why she did.’

But snap she did. Because rather than hurling the newspaper in the bin and moving on — as, presumably, she’d done in the past when one critic said her Beatrice in As You Like It ‘could sour milk at 400 paces’ — Charlotte sued.

She claimed the article went ‘beyond fair comment’ and constituted a ‘vulgar and vindictive personal attack’.

Her pride was wounded but her hope, she insisted, was that the case would ‘define the line between what is fair and personal abuse’.

It was a brave decision and one that would scar Charlotte for life. 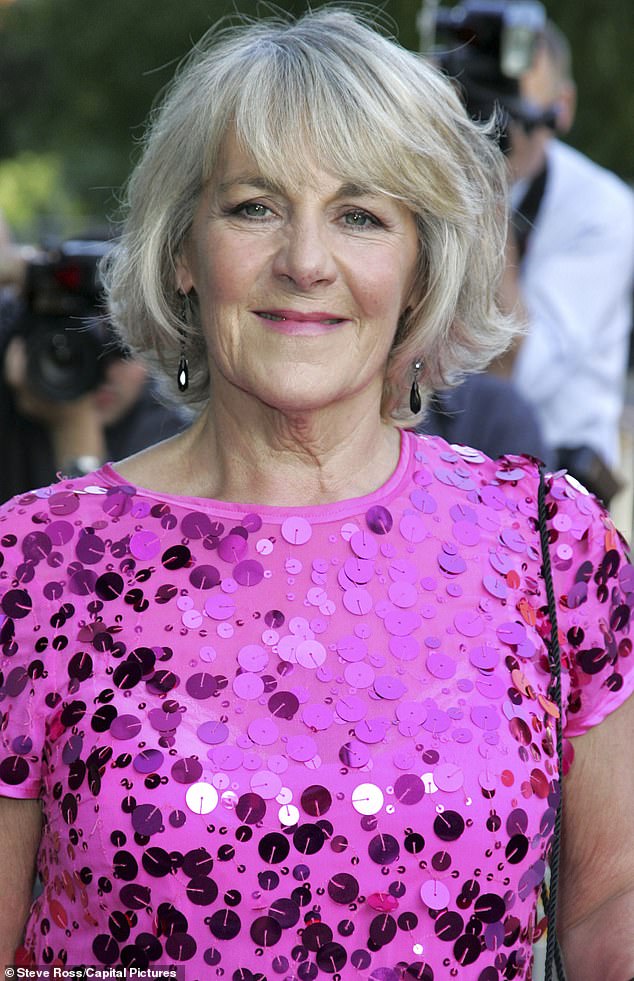 Nina Myskow (pictured), the Sunday People’s caustic TV reviewer, was rather less keen. ‘As a middle-aged star, all Miss Cornwell has going for her is her age,’ she wrote in her Wally of the Week column.

After a week-long trial, the jury found in Charlotte’s favour and she was awarded £10,000 damages.

Two years later, when the then publisher appealed on behalf of Myskow, the damages were increased to £11,500. It was, however, a pyrrhic victory.

For, in what was an unusual decision, Charlotte was not awarded costs and had to sell her home to pay her legal fees, which ran into tens of thousands of pounds.

She did not work for the next 15 months and was so upset by what happened that she barely spoke of it again — but had to endure endless references to her bottom and its size ever after.

It would have been a brutal blow for anyone to weather, but Charlotte had already had her fair share of emotional buffeting.

She was born in London in 1949, to Jean and Ronald Cornwell, an entrepreneurial conman.

Both parents were on their second marriages and Ronald had two sons from his first — Tony and David, aka novelist John le Carre, who was 18 years Charlotte’s senior and, as she put it, ‘the best brother a girl could have’.

By the time she was four, Ronald was off again — vanishing into the night leaving Jean with just £2, 12s 6d in the bank, Charlotte and her brother, Rupert, to raise and bailiffs circling the house. 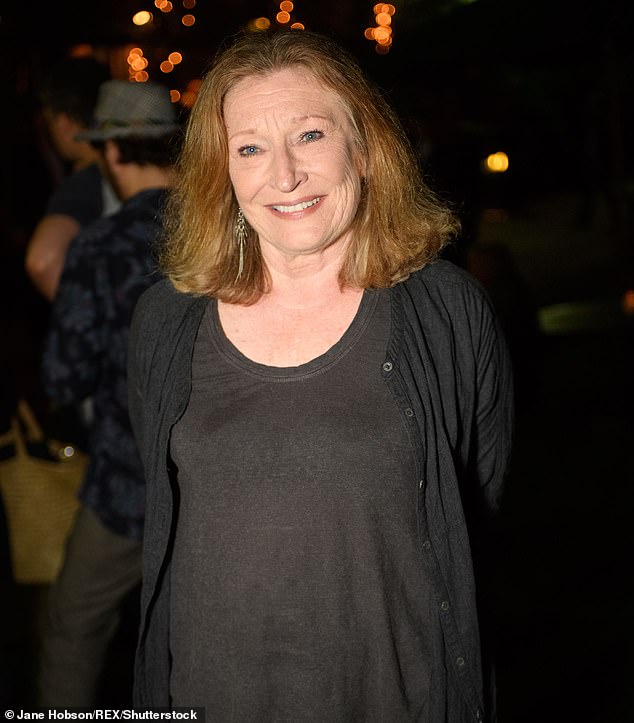 She was a wonderful singer, a committed social activist and the younger half-sister of writer John le Carre — who used her as the inspiration for Charlie, the lead character of his 1983 spy novel The Little Drummer Girl

‘He just disappeared and nobody said anything,’ Charlotte said. Years later she discovered he’d been sent to jail for fraud.

With their home gone, the family moved in with an aunt. For years, Ronald was forever promising to take Charlotte out of school for the day and then failing to do.

‘You don’t leave an eight-year-old child standing outside the gates of her boarding school,’ she said.

‘I’ve talked about it to my brothers, and we all remember those times when we would stay out all day pretending our father did collect us, because we didn’t want to lose face at school.’

Anxiety and eating disorders cast a shadow over Charlotte’s youth, and half-brother David became her father figure. It was he who encouraged her to go into acting

‘I was completely directionless until he sat me down and said: “Come on, sis, what are you going to do? I think you’re creative, have you ever thought about acting?”’

She went to drama school and, after three seasons with the Bristol Old Vic Company, was on her way to becoming a stage star — while making time for the Workers Revolutionary Party and campaigning for nuclear disarmament and Arts Against Apartheid.

Devotees of le Carre, who died last month, will spot the parallels: his Drummer Girl was an idealistic Left-wing actress who was ‘not the prettiest of girls, although her sexuality shone through, as did her incurable good will’. 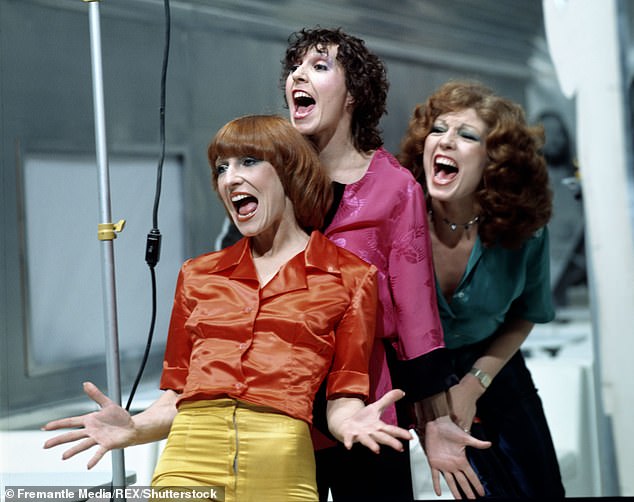 Cornwell did not work for the next 15 months and was so upset by what happened that she barely spoke of it again — but had to endure endless references to her bottom and its size ever after.

It was TV that really put Cornwell on the map, and in particular the ground-breaking 1976 series Rock Follies, in which she played a member of fictional rock group, Little Ladies, alongside Rula Lenska and Julie Covington.

The show was a massive success both here and in the U.S. while the soundtrack album, on which Charlotte sang, reached number one in the UK charts.

But she loathed her newfound fame, and was often described as ‘awkward’, ‘aggressive’ or ‘difficult’ as she battled self-loathing and depression.

She abandoned the hoopla of TV to return to the stage — joining the RSC to work with director Trevor Nunn playing Rosalind in his 1978 production of As You Like it and, two years later, Shelley Maze in O’Keeffe’s Bastard Angel.

When, in 1985, the play was adapted for TV, as No Excuses, she jumped at the chance to play Shelley again, describing her as ‘a woman reaching a midlife crisis when all the skeletons come out of her cupboard’.

It certainly precipitated a crisis for Charlotte — unwelcome publicity, crippling legal bills, the loss of the home she shared with her beloved daughter, Nancy, and a total breakdown in her late 30s — not that she regretted any of it.

‘If you can stand ahead of yourself and see what was going to happen, you wouldn’t even cross the road,’ she said.

‘I’m glad I did it, even though it turned into a nightmare.’

Perhaps in a strange way, that legal nightmare did help bring things to a head for her.

It took her five years of therapy to come to terms with the root of all her problems — her relationship with her father — but she found a certain peace. 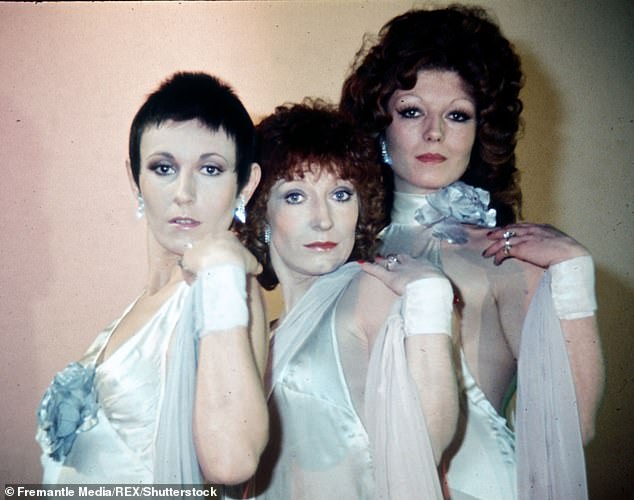 Anxiety and eating disorders cast a shadow over Charlotte’s youth, and half-brother David became her father figure. It was he who encouraged her to go into acting. Pictured: Rock Follies, from left to right, Julie Covington, Charlotte Cornwell, Rula Lenska.

Understandably twitchy about matrimony — ‘my mother was married before she met my father, my three brothers have all been married twice and my father was married three times’, she once said — she never tied the knot with Nancy’s father, actor Kenneth Cranham, but they remained great friends after their split.

After teaching for 12 years at the University of South California School of Dramatic Arts, Charlotte returned to Britain in 2012 and, following a 33-year break, rejoined the RSC to play Gertude in Hamlet.

She retired to Exmoor, where she dedicated herself to campaigning on animal and ecological concerns, sharing her home with a menagerie of cats, dogs and reptiles.

Throughout her life, she could never understand why Nina Myskow had been so vicious in that review.

‘The article I sued over wasn’t funny. I was shocked and appalled by it. All the headlines picked up on, at the time, was the reference to my bum, but that was the least offensive part of it,’ she said.

As for Myskow, she still insists it wasn’t personal.

‘I don’t regret writing it because that was my opinion. But I do regret what it brought,’ she says. ‘I take no pleasure in the fact she lost her house. It might have been fairer if she’d been awarded a smaller sum and had her costs paid.’