Ronnie Ortiz-Magro and Jen Harley can’t seem to stay away from one another. The on-again, off-again couple appears to be back together once more, as evidenced by a photo uploaded to Harley’s Instagram Stories on Friday, August 10, that showed the two posing together while on vacation in San Juan, Puerto Rico.

On Saturday, August 11, Harley added a shot of the Jersey Shore star gazing at their sleeping 4-month-old babe on an outdoor couch along with the caption, “Living that beach life.”

The show of togetherness comes less than two months after the pair had a violent fight that saw Ortiz-Magro bloody and bruised and Harley arrested.

According to a police report obtained by Us Weekly, law enforcement officers were called on June 24 after the pair were involved in a physical altercation on the streets of Las Vegas that left Harley with “minor cuts, scratches and dried blood.”

Ortiz-Magro, 32, also suffered injuries after a source told Us that Harley “hit Ronnie in the face during the argument, and he asked [her to] pull over and let him out of the car. She stopped, and Ronnie tried getting out and got caught in his seatbelt. Jen started driving away, dragging Ronnie. … Ronnie’s face was bloodied and bruised, and he’s got a nasty road rash.”

Harley was arrested for alleged domestic battery, though a Clark County District Attorney’s Office spokesperson later confirmed to Us that charges would not be brought against her.

The pair, who previously split in May before reuniting, had reportedly been fighting over custody of Ariana. 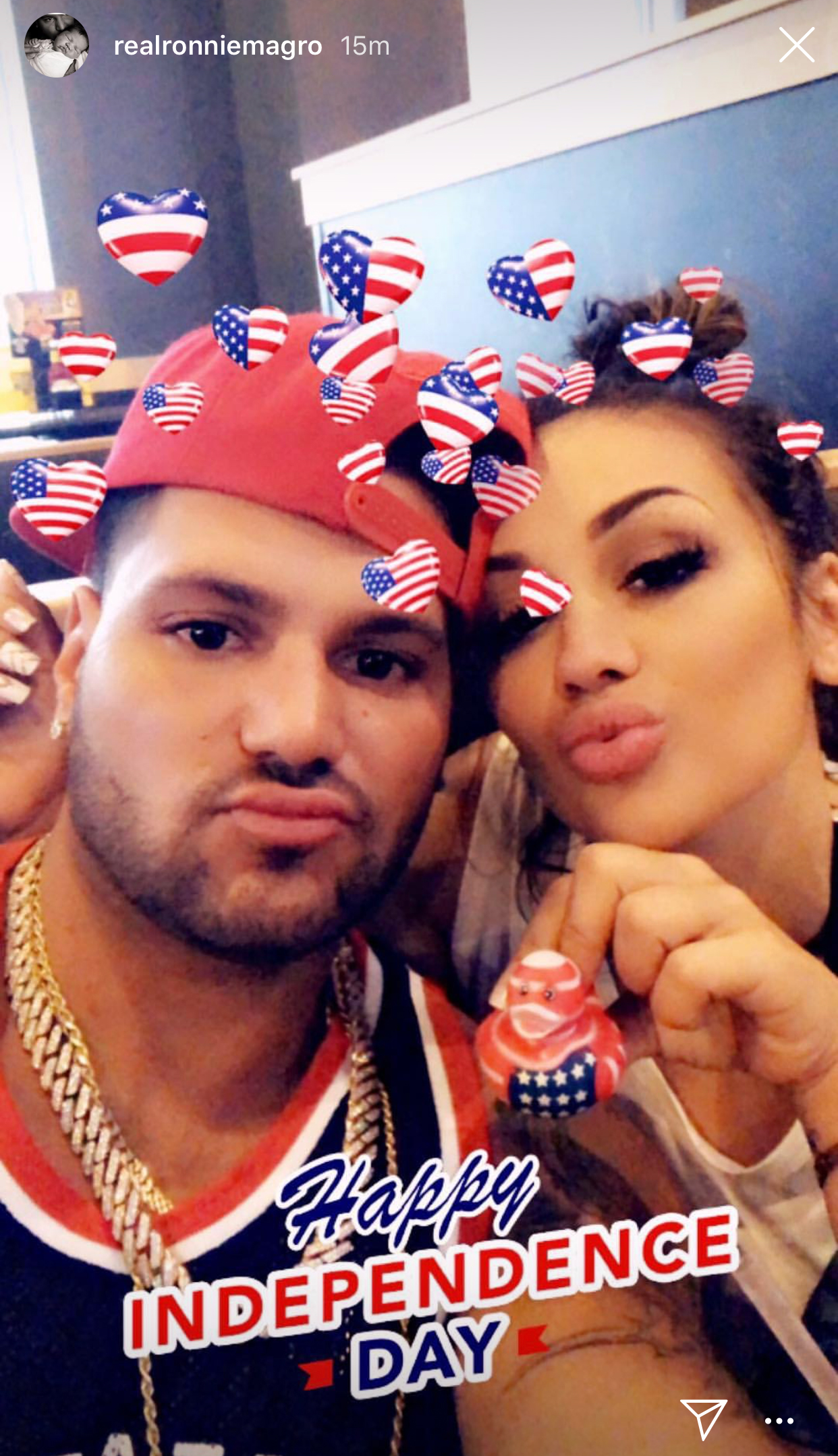 Days after the incident, the twosome snuggled up for a shared selfie on July 4 with a “Happy Independence Day” filter.

The reality vet appeared to make light of the drama later that month when he posted an Instagram Story photo of Heath Ledger as The Dark Knight’s joker next to the words, “Wanna know how I got these scars?” He added the caption, “#TOOSOON?”

The duo began dating in 2017. They split in April amid cheating allegations against one another that appeared to end in violence in a shocking Instagram Live post on April 30.