Rosamund Pike has revealed she refused to strip down to her underwear in her audition for James Bond’s Die Another Day.

The 39-year-old British actress revealed she was asked to wear ‘three pieces of string’ by a producer, but after refusing still went onto land the part of Bond Girl Miranda Frost opposite leading man Pierce Brosnan.

Rosamund’s role in the 2002 blockbuster was a breakout performance, and since then the beauty has gone onto land a slew of parts, including one in Gone Girl which earned her an Oscar nomination for Best Actress. 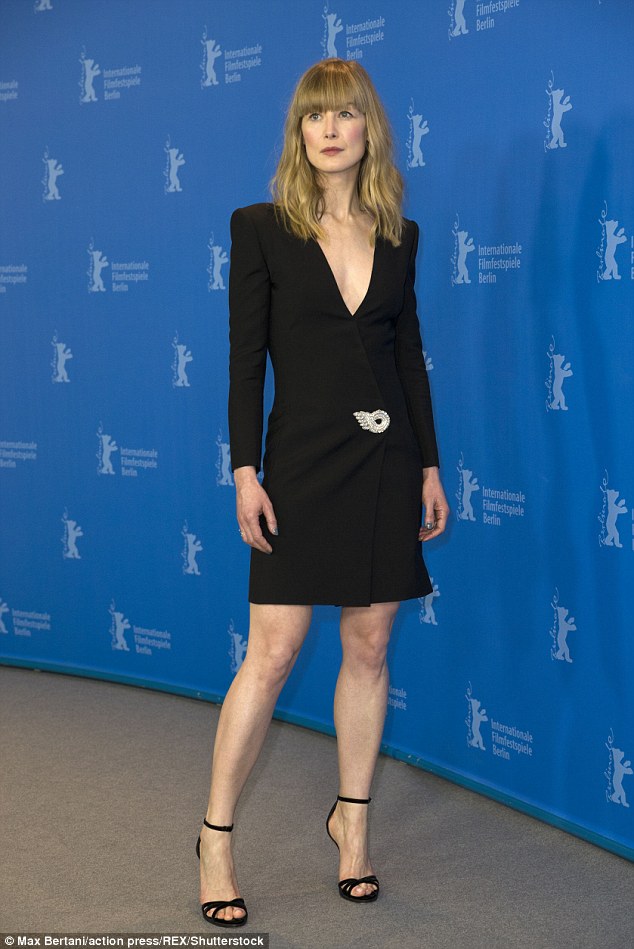 Stuck to her guns: Rosamund Pike has revealed she refused to strip down to her underwear in her audition for James Bond’s Die Another Day

Speaking during an interview for Audible Sessions, Rosamund revealed she was asked by the film’s bosses to bring along an evening gown for the audition.

She went onto admit that as a 21-year-old budding actress, she chose to bring along a dress worn by her mother during an opera performance, and the film’s costume designer ‘didn’t know what to say.’

Rosamund then revealed : ‘He said ”that’s a very beautiful dress, but in Bond films we wear things a little more like this.” And he held up three pieces of string and I realised I was way out of my depth. 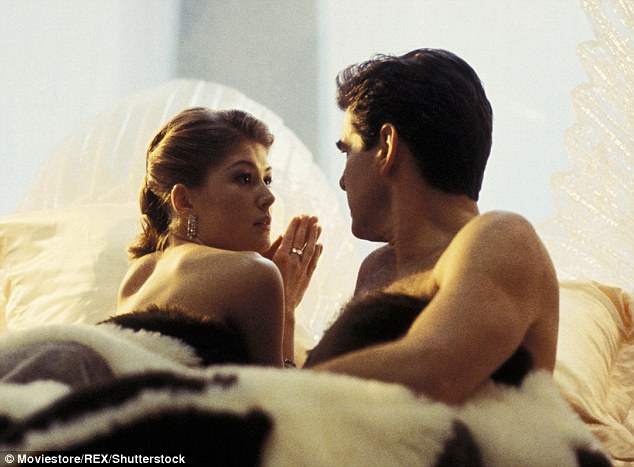 Sensational: Rosamund said she was asked by producers to wear an evening dress to the audition, but when she was asked to wear ‘three pieces of string’ she refused 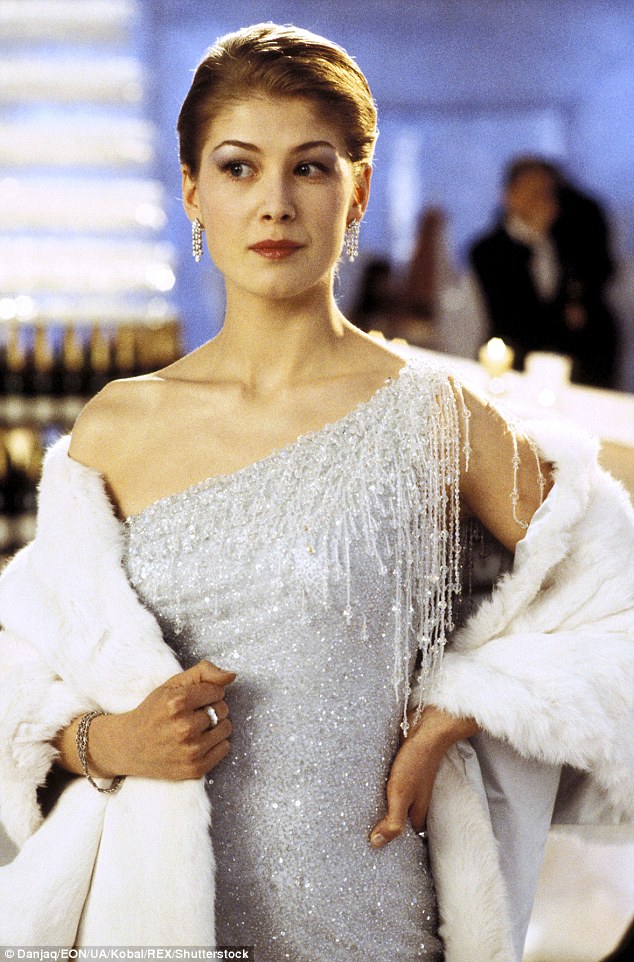 Unbelievable: Despite the refusal, Rosamund went onto land the role of Miranda Frost at the age of 21, with her performance in 2002 film her breakout role in Hollywood

‘So I put on this shimmering sheath, or whatever was the order of the day, but I didn’t drop it.’

When asked whether such a scenario would take place now, in light of the highly-publicised Me Too movement, Rosamund said: ‘I don’t know. I look back over my experience on the Bond film and think, my goodness [the producer] Barbara Broccoli was way ahead of all this #MeToo movement.

‘There wasn’t an ounce of feeling uncomfortable while I was on that set.’ 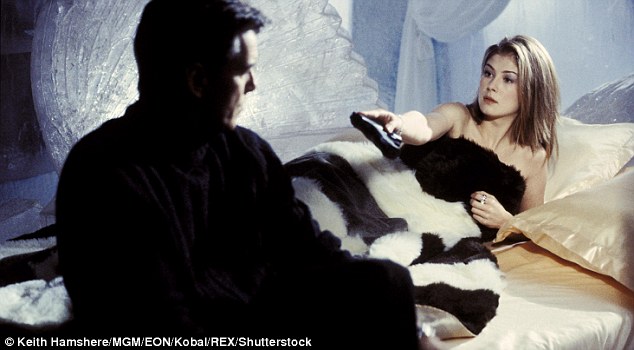 Transformed: When asked whether such an encounter would happen in light of the much publicised #MeToo movement, Rosamund said: ‘I don’t know’

Following her performance in Die Another Day, Rosamund has appeared in a slew of acclaimed roles, including the 2014 mystery Gone Girl.

Her portrayal of the seemingly missing wife Amy Elliott Dunne was acclaimed by critics, and earned her an Oscar nomination for Best Actress.

Rosamund also recently appeared in the true-life tale A United Kingdom as the strong-willed Ruth Williams, a British woman who married Sir Seretse Khama, the then-King of Bechuanaland Protectorate, which go onto become Botswana. 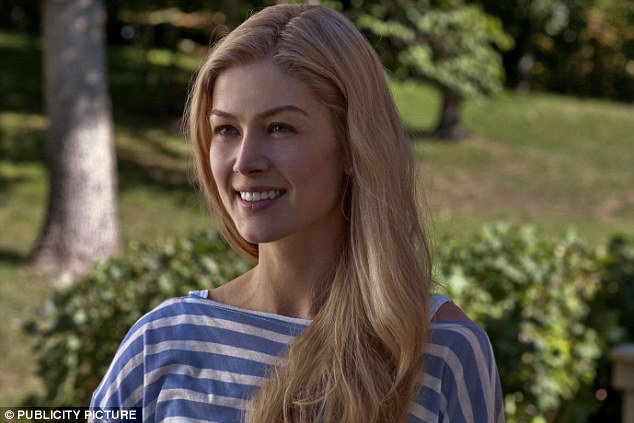 Busy: Since then Rosamund has gone onto land a slew of high profile roles, including an Oscar-nominated performance in 2014 thriller Gone Girl (above) 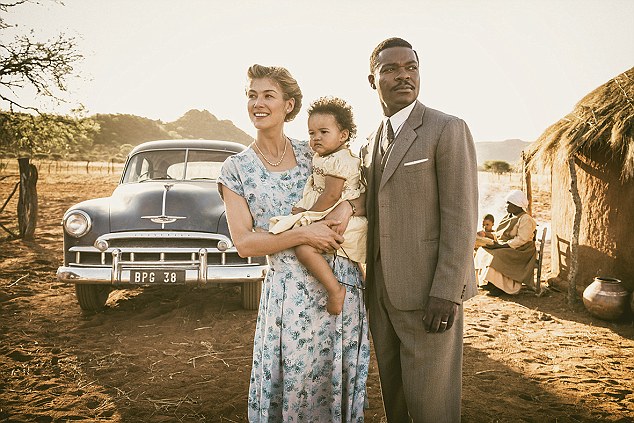 Acclaimed: Rosamund was also lauded for her performance as the strong-willed Ruth Williams in the true-story tale A United Kingdom in 2016