Rosamund Pike revealed she has a very unique way of storing awards.

The 42-year-old British born actress, who snagged a Golden Globe for her role in I Care A Lot, shared that instead of putting the coveted accolades on her mantle she prefers to ‘bury’ them in the garden with just a ‘little bit showing.’

Speaking about her preferred method of storage in conversation with Ellen Degeneres on her show Wednesday, Pike argued that she finds it ‘awkward’ to display them, before elaborating. 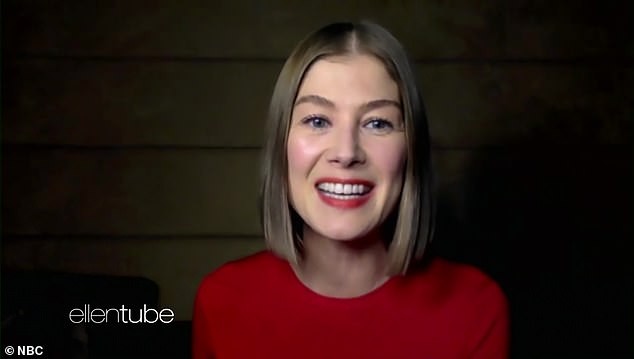 Award ritual: Golden Globe winner Rosamund Pike, 42, revealed she likes to bury her awards in the garden because she finds it ‘awkward’ to display them, opting instead to stash them in the ground with ‘a little showing’

When asked if the rumour about her award habit was true, the actress confirmed it, adding it was probably a ‘deeply psychological’ type of ‘imposter syndrome’.

Rosamund so humbly shared that it just came down to her feeling ‘uneasy’ about being too showy.

‘I find it an uneasy thing to display any award in your home. How do people interact with them when they come home? I think it’s awkward so I bury them in the garden with a little bit showing up so you can have a glimpse of a hand or maybe a crown or the globe maybe,’ she said.

Pike added that she finds it ‘amusing’ to think about the people who will eventually purchase her home and find all the stashed pieces of metal amid her flowers. 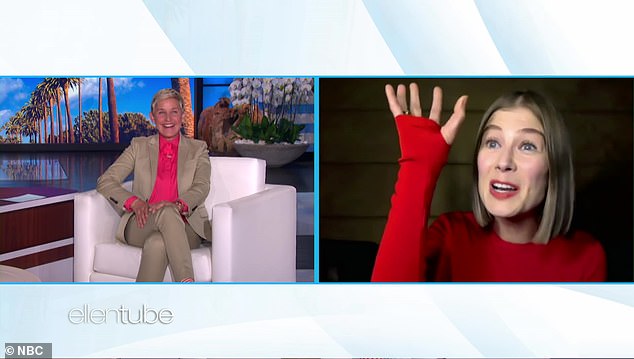 Just a bit: ‘I bury them in the garden with a little bit showing up so you can have a glimpse of a hand or maybe a crown or the globe maybe,’ she told Degeneres on The Ellen Show 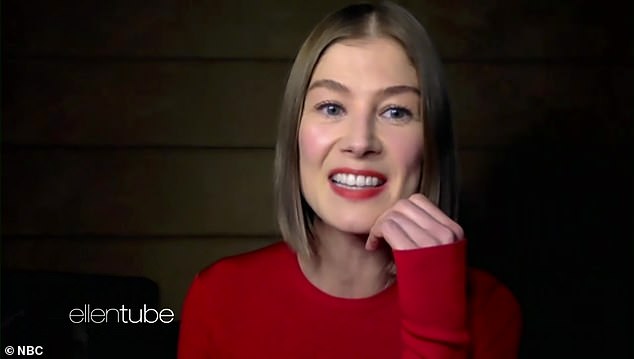 ‘I find it an uneasy thing to display any award in your home’: The British born actress added the habit was probably a ‘deeply psychological’ type of ‘imposter syndrome’

‘In the future when I’m dead and gone or when somebody else buys the house they’ll be landscaping and think they’ve found buried treasure,’ she shared, adding: ‘They’re probably centuries ahead and won’t even have [the awards] anymore.’

Speaking about her award win for Best Actress at the Globes, Pike called it ‘a surprise,’ while saying she and her family tend to take guidance from professional bet placers on these sorts of matters.

‘In my family we tend to look to the bookies…in England there are bookies on every corner and the odds were not in my favor,’ she shared, adding that it was a ‘one in five’ chance.

She won the award in the wee hours of the morning, as she provided details of the ‘ghostly hotel’ she stayed at in Prague at the time. 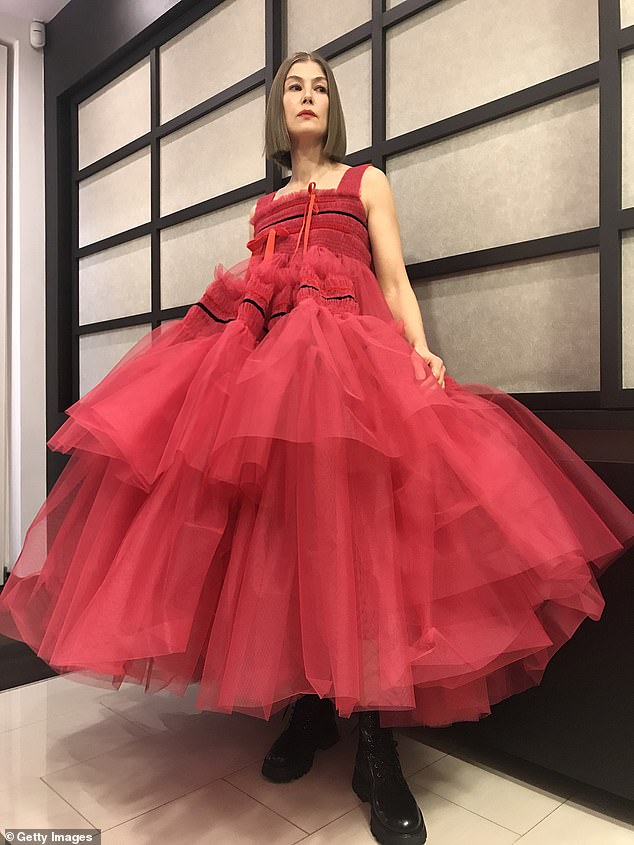 Late luck: She won the award at 3:30AM Prague time, adding her win celebration was sleep; pictured February 28 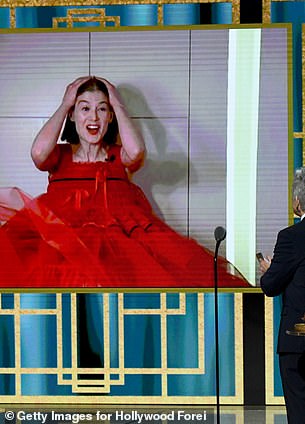 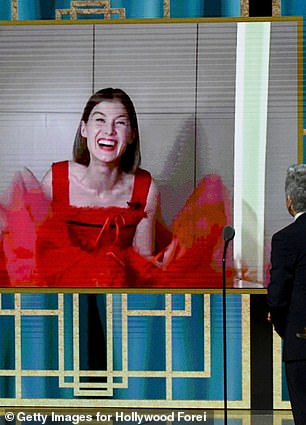 Another one for the garden! She snagged Best Actress for her role in I Care A Lot at the Globes, telling Ellen the win came as a complete ‘surprise’

‘It was 3:30am when I won, I was in a ghostly hotel where I checked in where I rented a room so that I would be away from my children in the morning. I said when I checked in, “How many guests do you have?” And they said, “You are the only one,” she shared.

Ellen inquired about how a whole hotel could be empty in such a bustling city, as Pike spoke of the strict policies places there had taken with regards to COVID-19.

‘Had you lost than it wouldn’t have been pleasure at all,’ the talk show host joked, with Rosamund adding, ‘Once I won maybe I was supposed to leave because the pleasure kicked in.’

In terms of a celebration upon her win, the Gone Girl actress said ‘I slept.’ 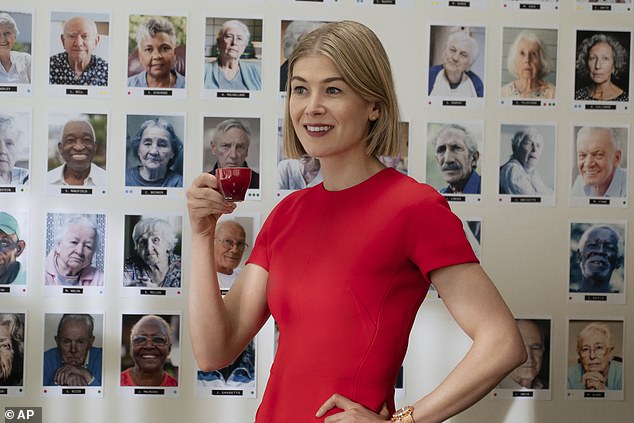 I Care A Lot: The latest award to be buried in her garden was for Best Actress in the Netflix film about a scamming legal guardian