She is the daughter of movie stars Bruce Willis and Demi Moore, though made a name for herself on the reality show Dancing With The Stars.

And on Wednesday morning, Rumer Willis proved she still has her dancers’ physique in check, as she showed off her toned legs after a Pilates class in Los Angeles.

The 32-year-old actress appeared to be enjoying her day as she took her time while out in the hot spring weather. 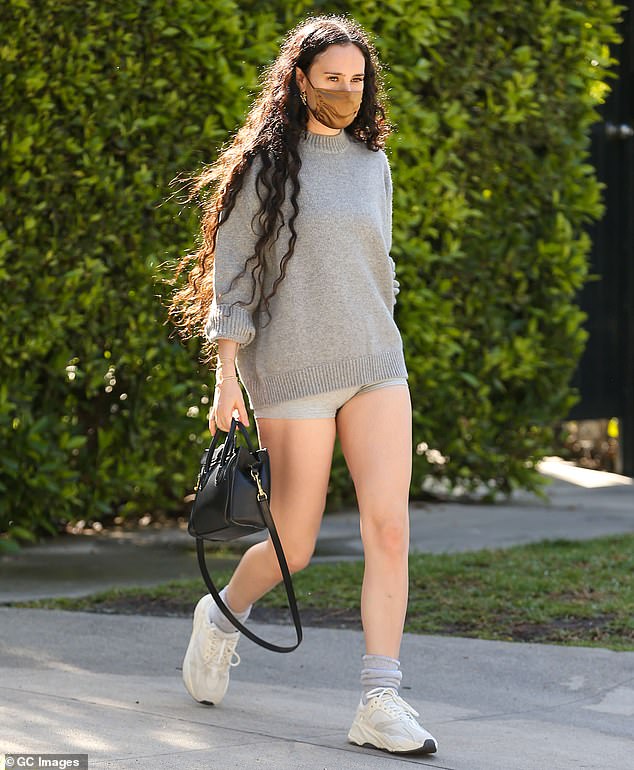 Doing her thing: Rumer Willis was spotted strolling along the sidewalks of Los Angeles after finishing up a Pilates class on Wednesday morning

Willis was dressed in an oversized grey crewneck sweater during her time outside, and at one point, she rolled up her sleeves to just below her elbow.

She paired her top with a lighter-shaded pair of short shorts that placed her sculpted thighs on full display as she made her way through the city’s sidewalks.

The Sorority Row actress finished off her outfit with a pair of grey ankle socks and a set of white athletic shoes, and she carried a small black purse as well.

Much of the social media personality’s flowing brunette hair fell onto her backside as she strolled down the streets of Los Angeles. 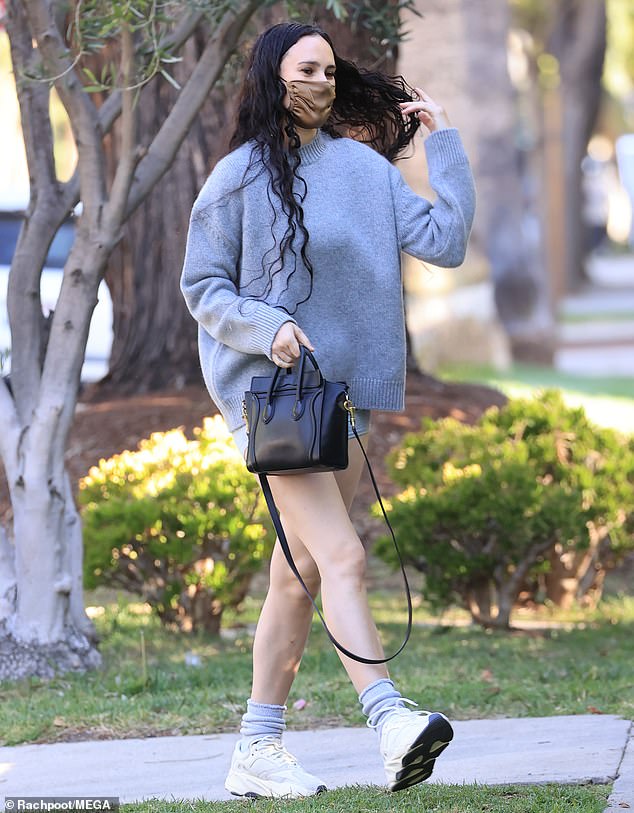 Staying comfy: The daughter of Bruce Willis and Demi Moore was seen wearing a slightly oversized gray crewneck sweater during her solo outing 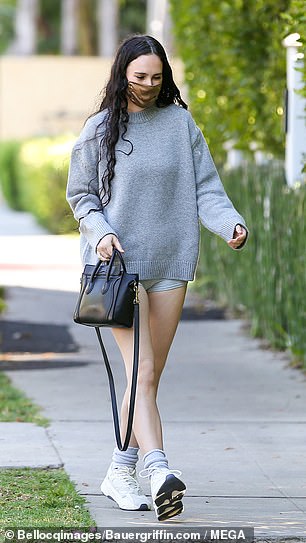 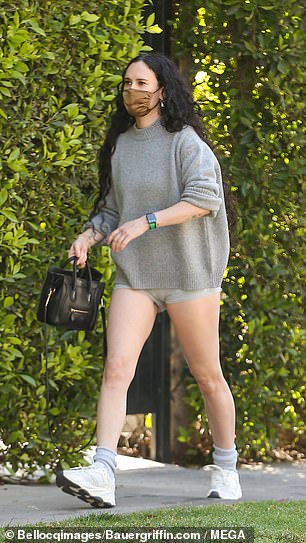 There they are: The Once Upon A Time In Hollywood actress wore a pair of short shorts that placed her sculpted legs on full display. She also wore a pair of low gray socks and white athletic shoes while stepping out

Willis wore a reflective brown face mask to keep herself protected from COVID-19 while spending time in public.

She accessorized with an Apple watch and wore several bracelets and earrings during her solo outing.

Earlier this year, she posted a series of photos to her Instagram account and wrote a lengthy message about how she had taken personal time to learn more about self-care and mental health.

Specifically, the Once Upon A Time In Hollywood actress noted that one of the most important things she had realized was the value of ‘allowing your space to be a reflection of your inner reality.’

Letting it hang: Her gorgeous brunette hair cascaded down her backside after she left her Pilates class. Willis carried a black leather purse with her to keep her belongings close during her solo outing 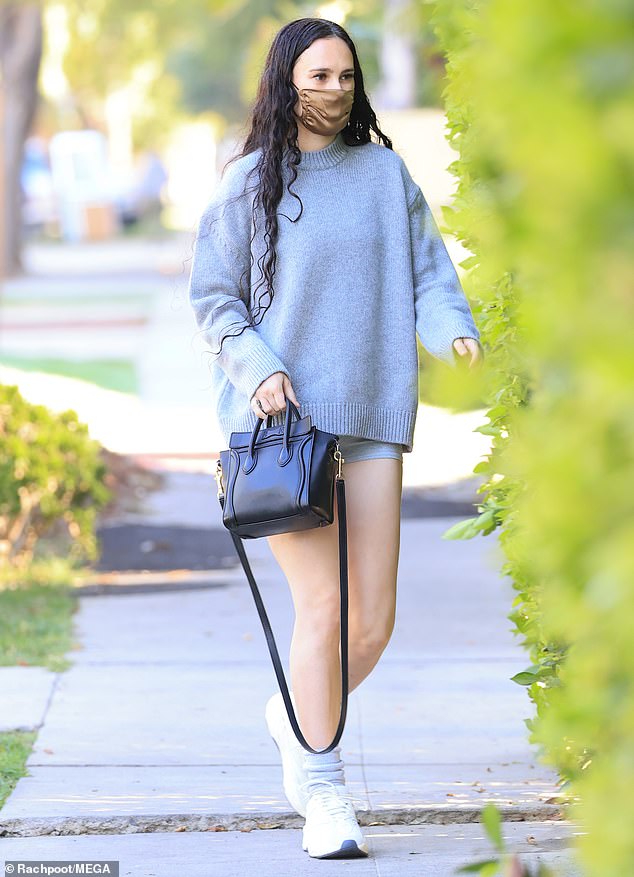 Not taking any chances: The Empire actress wore a reflective brown face mask to keep herself protected from COVID-19 while spending time in public

She went on to describe how she has been rearranging her living space in order to ensure that she feels comfortable and confident in how she uses it.

Willis wrote, ‘since the beginning of the year I have been devoting energy everyday to make sure the place I live is one that feels safe, well organized, alive and full of…joy.’

The Empire actress also gave her followers a bit of insight into how she utilizes scents to keep her space comfortable and promotive to her mental well-being. 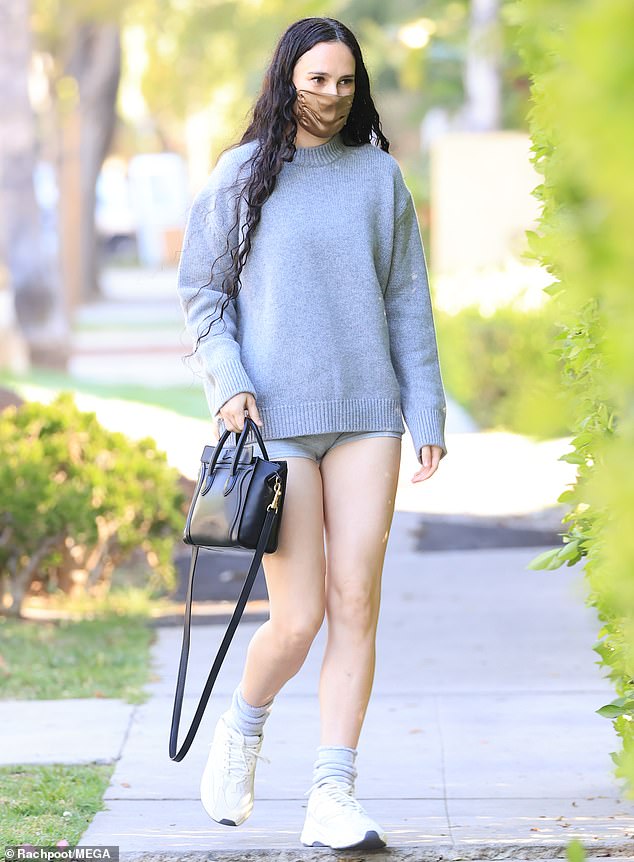 Taking care of herself: Earlier this year, Willis made a post to her Instagram account to let her followers know how she utilizes her living space to keep her mental well-being in check

She revealed: ‘scent is a huge part of my life so every room has my favorite candles and diffusers, personal photos and trinkets that mean something…everything has a home.’

The actress then noted that she had made a routine out of cleaning her living space daily and spoke about the benefits that she has experienced after making an effort to be consistent with her repeated activity.

‘On my journey this has been something that has changed my life, how I feel in my space and most importantly how I feel about myself,’ she wrote. 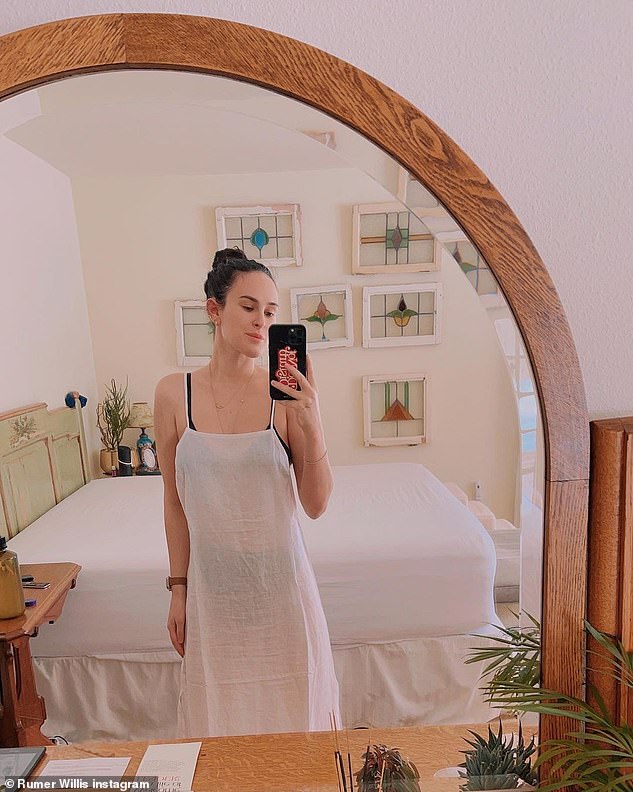 Making the most of it: In her post, the actress expressed that she had been changing her space in order to make her feel ‘safe, well organized, alive and full of…joy.’