Sarah Jessica Parker was seen braving the rain while working on the Williamsburg, Brooklyn set of the highly-anticipated Sex And The City reboot, titled And Just Like That…, on Thursday.

The 56-year-old actress appeared to be unbothered by the wet weather, while her castmates, including Cynthia Nixon and Kristin Davis, took more precaution as they made their way around the production.

And Just Like That… will serve as a continuation of the beloved comedy-drama series and is set to premiere on the HBO Max streaming service in the near future. 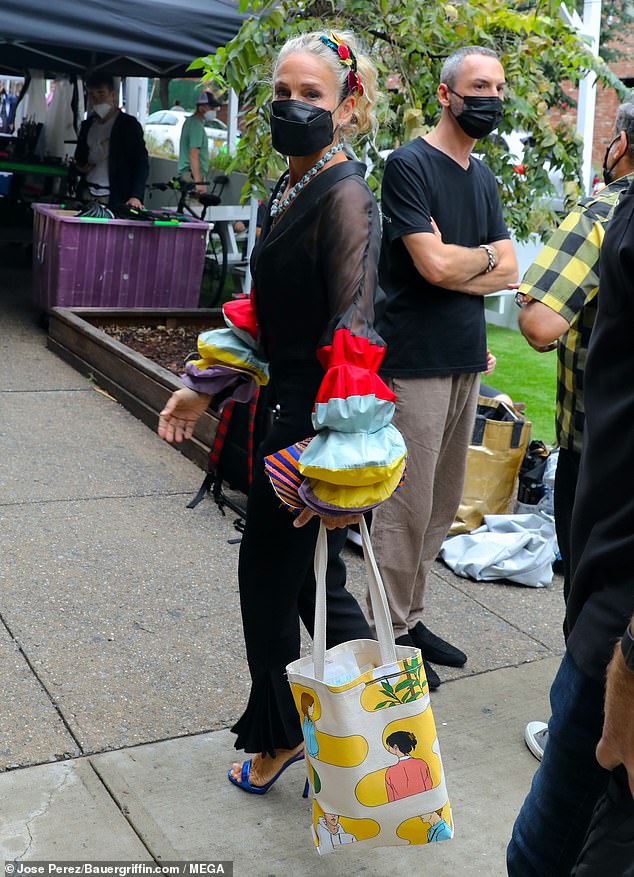 Staying busy: Sarah Jessica Parker and several of her castmates were seen working on the Williamsburg, Brooklyn set of And Just Like That… on Thursday

Parker wore a sexy black mesh blouse with vibrant multicolored sleeves that puffed out below her elbows.

She paired her eye-catching top with some form-fitting leggings that flared at the bottom.

The Emmy-winning actress strolled down the sidewalk in a bright pair of blue heels, while accessorizing with a lovely beaded necklace.

Her beautiful blonde hair was held back with a multicolored headband and tied into a loose ponytail. 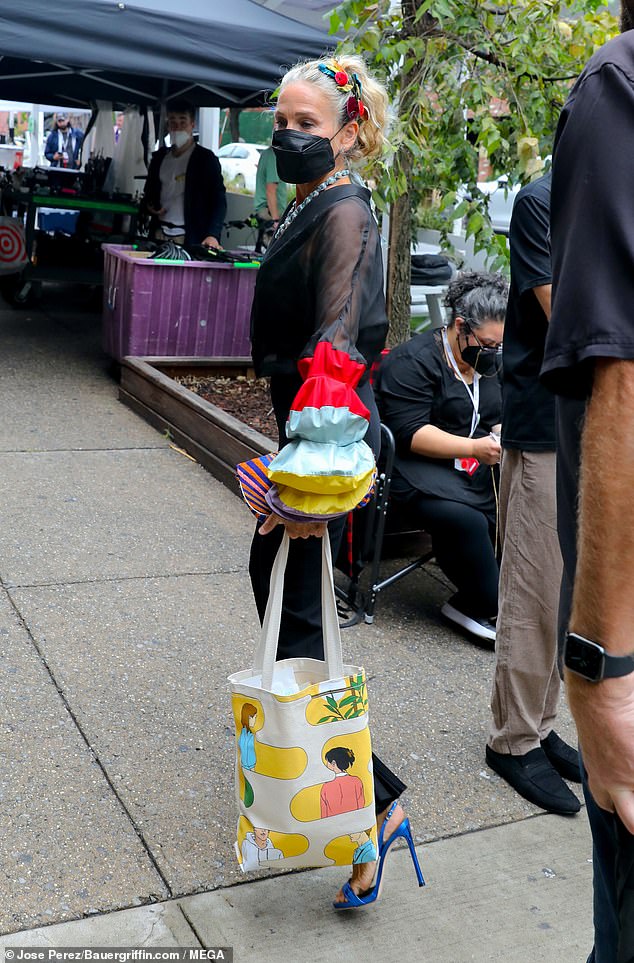 Dressed to impress: The actress sported a partially transparent black top that featured multicolored sleeves while working on set 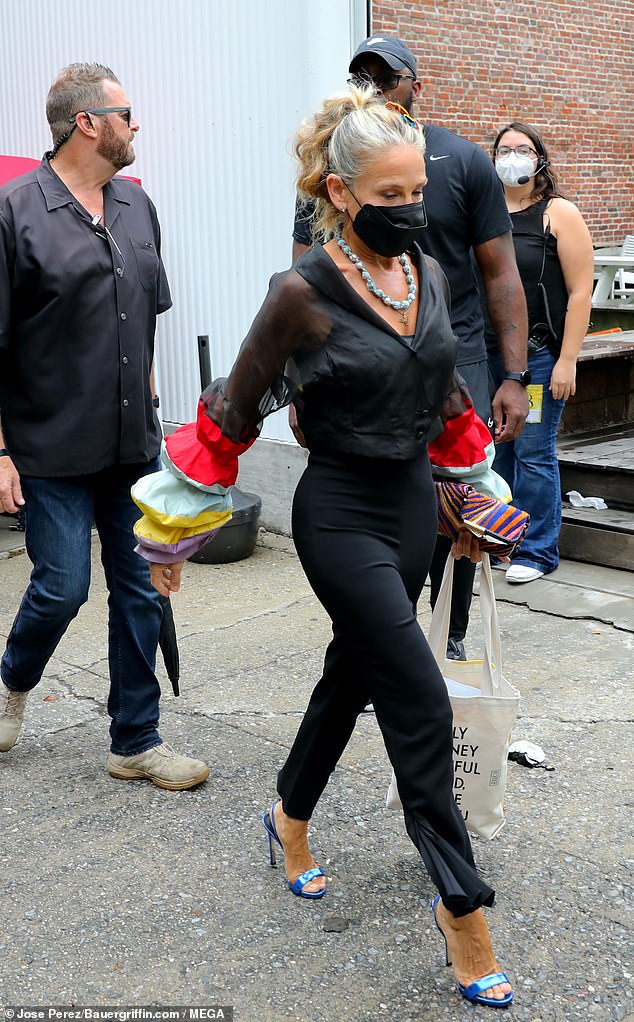 Contrast: The performer offset the dominant color of her clothing with a pair of blue high-heeled shoes

Nixon, 55, was seen being escorted around the set by a production assistant who held an umbrella to keep her shielded from the rain.

The actress sported a beautiful patterned white dress and wore a pair of high-heeled shoes while working on the forthcoming program.

She accessorized with a green necklace and kept a bag slung over her left shoulder while her short blonde hair fell down past her ears.

The Primetime Emmy-winning performer also wore a black facial covering to keep herself protected from COVID-19 during her time on set. 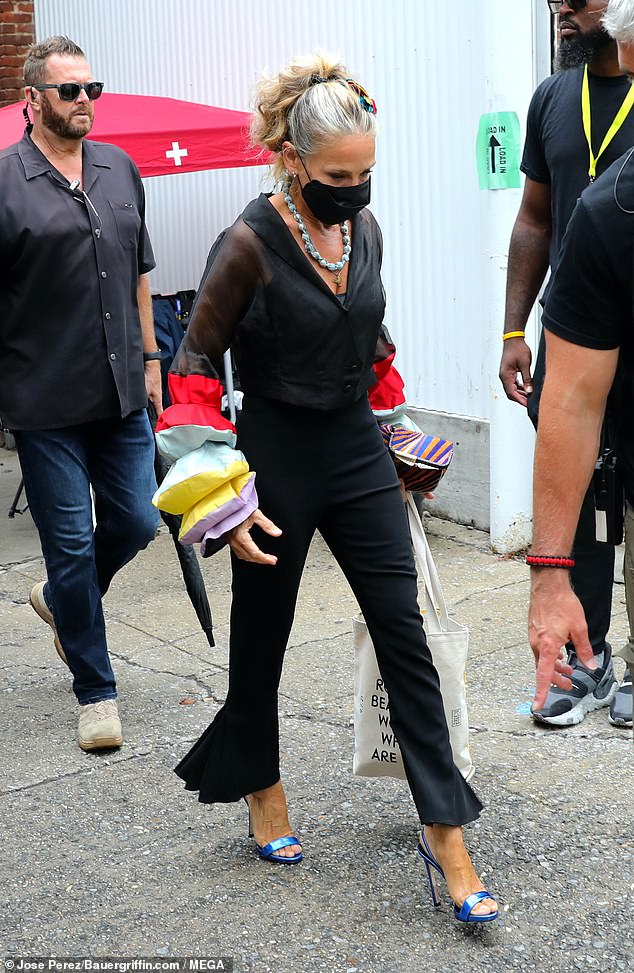 Taking precaution: The actress and her costars all wore facial coverings to protect themselves from COVID-19 during their time in public 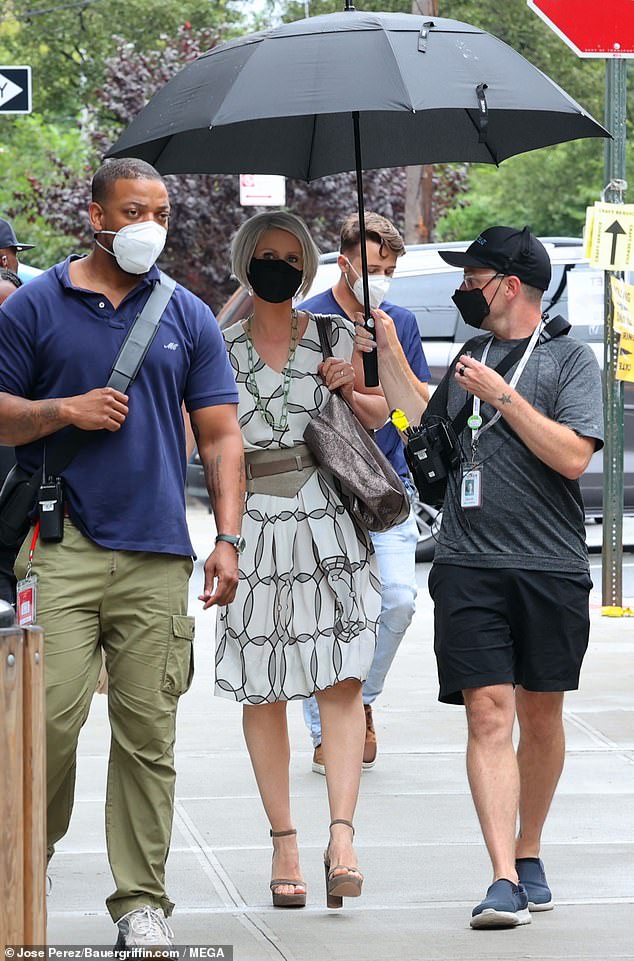 Staying dry: Cynthia Nixon was seen being escorted around the set by a production assistant who held an umbrella above her head

Davis, 56, opted for a much more weather-appropriate outfit, as she wore a sizable dark blue raincoat and boots.

Her beautiful brunette locks shot out from underneath her hood and contrasted perfectly with her dark outfit.

Mario Cantone kept it simple in a navy blue button-up shirt and pairs of near-matching trousers and shoes while he strolled around the set.

Both performers sported facial coverings to keep themselves safe while interacting with other members of the project’s cast and crew. 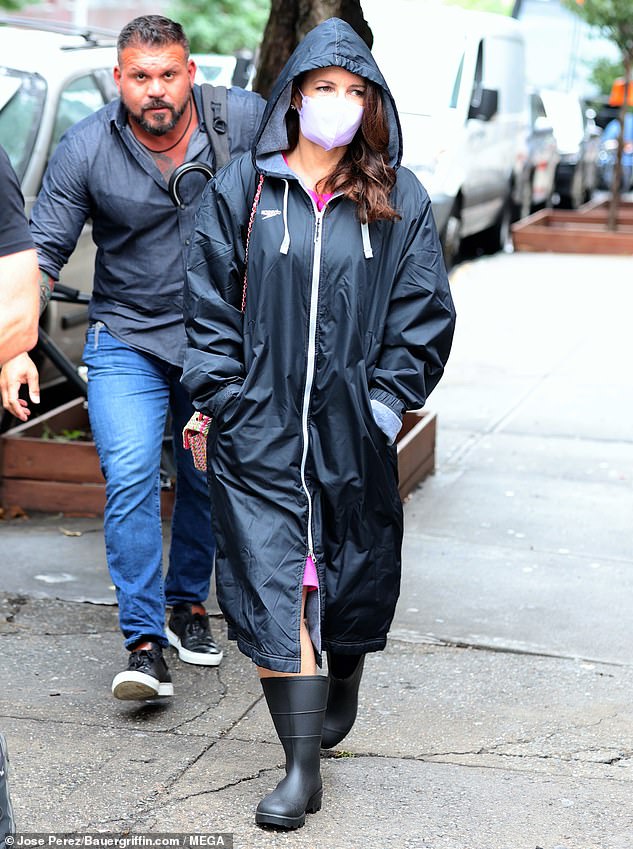 Dressed for the weather: Davis sported a large raincoat and boots while making her way around the production area

Development on And Just Like That… was initially announced last December, and the series was officially greenlit the following month.

The involvement of Parker, Davis and Nixon was also confirmed when the show was given its official order.

Other returning cast members include Chris Noth, Willie Garson and Cantone, among numerous others.

Kim Cattrall was notably absent from the casting announcements, and she will not be returning to portray her iconic character, Samantha Jones. 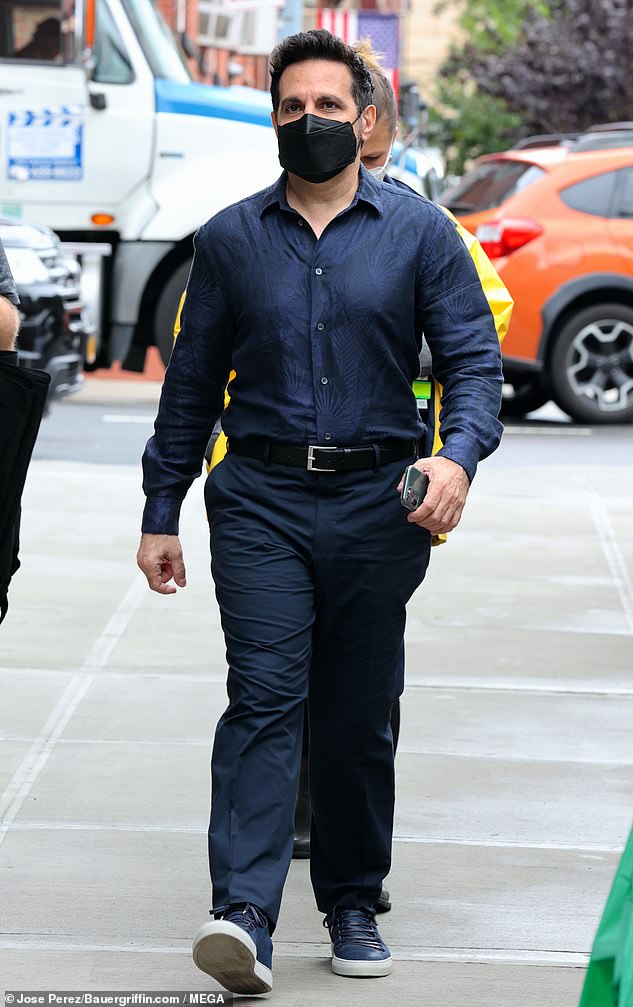 Absent: Kim Cattrall will not reprise her role as Samantha Jones in the upcoming continuation

Julie Halston recently signed on to reprise her role as Bitsy von Muffling in a guest role in the upcoming series.

Production on the project began this past June and is currently underway, having taken place at various locations around New York City.

And Just Like That… is currently set to make its debut on HBO Max at an unspecified date in the near future. 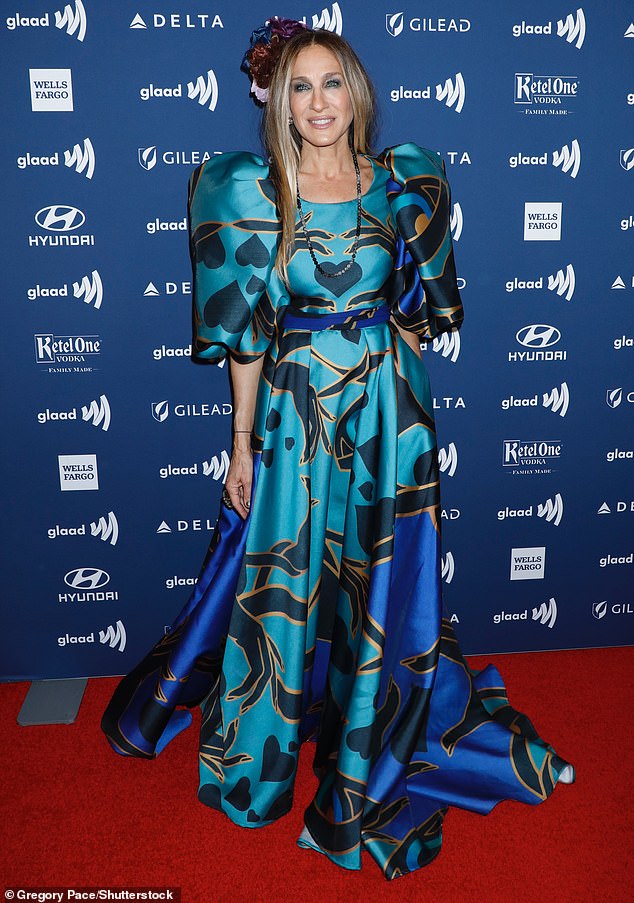 Coming soon: And Just Like That… is currently set to premiere on the HBO Max streaming service at some point in the near future; Parker is seen in 2019