Emily Ratajkowski turned heads as she made her triumphant return to New York Fashion Week.

The 30-year-old model was seen stepping out of her loft in a one sleeved mini dress as she headed to the Dundas x Revolve event.

After being tapped as the face for the London-based designer’s latest campaign —  which debuted on September 1 — naturally Emily sat front row at the event on Wednesday. 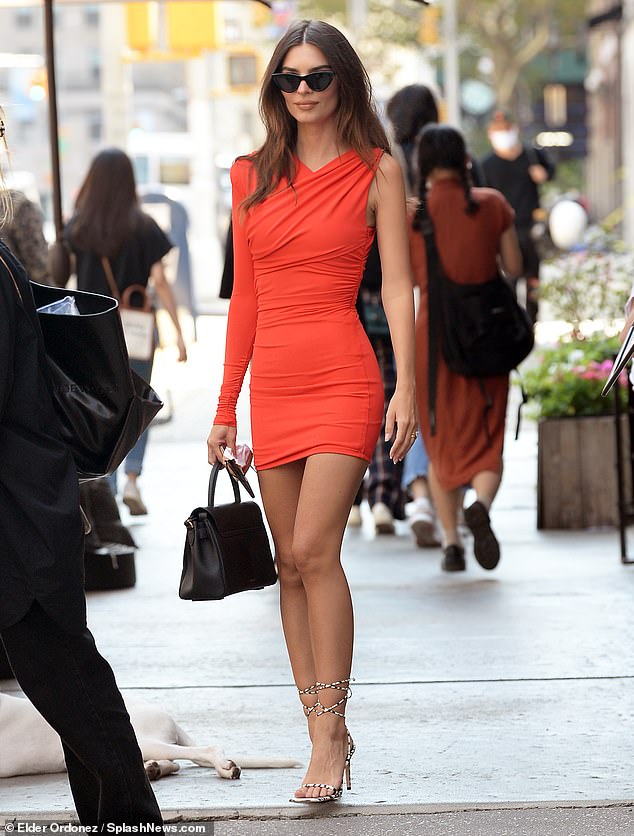 Fashion force: The 30-year-old model made her return to New York Fashion Week in a red mini dress while heading to the Peter Dundas x Revolve event

Emily modeled a one sleeved red mini dress that featured a criss cross detail on top. The figure-hugging garment showed off her phenomenal legs.

She accentuated her 5ft7inch frame with a pair of strappy black and white heels that tied around her ankles.

The brunette beauty left her brown locks down and sported a fresh blow out, and she shielded her eyes behind a pair of cat eye sunglasses.

Keeping with black accessories she carried a leather purse and was seen heading to a waiting vehicle to take her to the event. 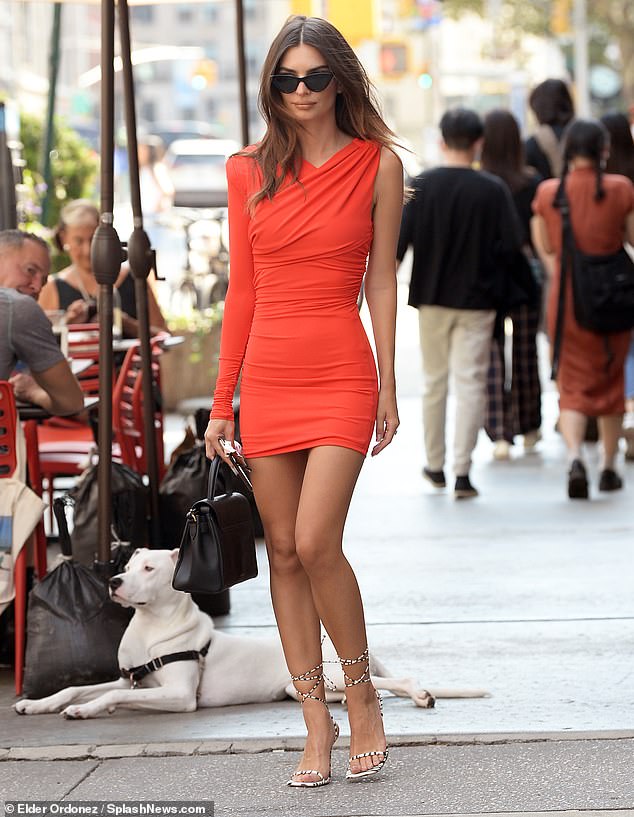 Leggy: The new mom showed off her phenomenal legs in the figure-hugging red garment and added black and white strappy heels

Wow! The head turning look naturally garnered much attention as she walked to a waiting vehicle

Upon arrival she was seen taking her sunglasses off to pose for a photo before heading into the event.

And once inside she was seated next to Ciara and Lala Anthony as well as Image Director and co-founder of Dundas, Evangelo Bousis.

At the fashion show the brand presented 50 looks from the collection which included ready-to-wear styles that were made available on the Revolve website same day.

‘Peter [Dundas] loves women, and I love the way he plays with texture and shape,’ Emily told French Vogue in 2019. 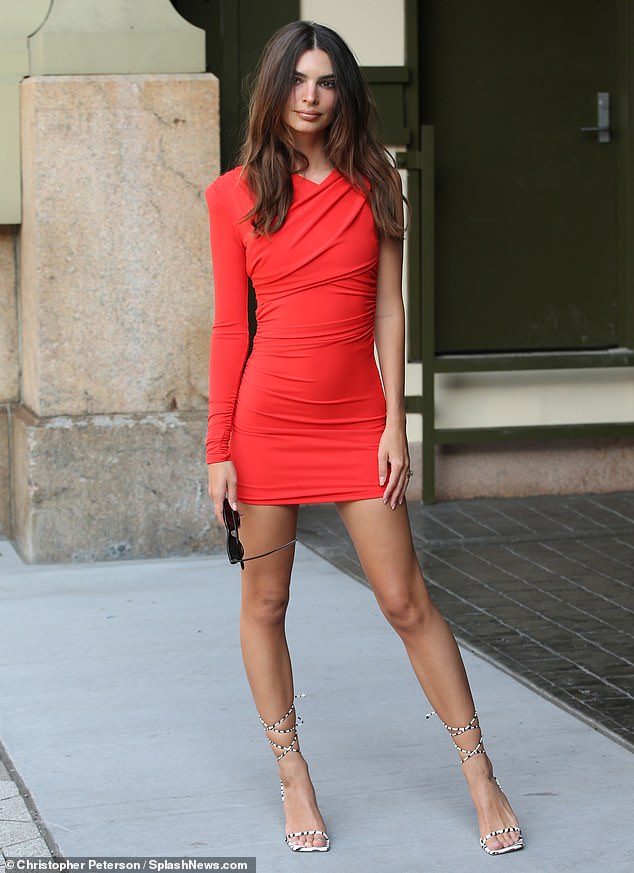 Strike a pose: Upon arrival she was seen taking her sunglasses off to pose for a photo before heading into the event 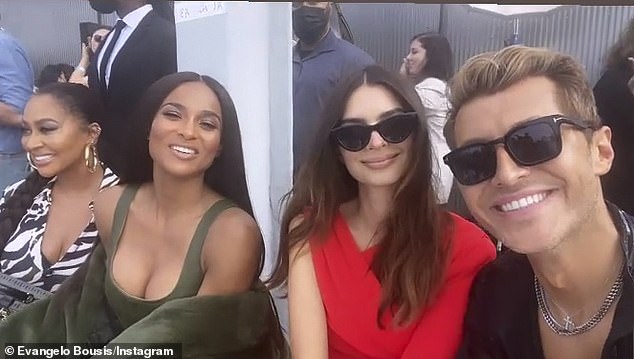 Front row: She was seated next to Ciara and Lala as well as Dundas’ co-founder and image director 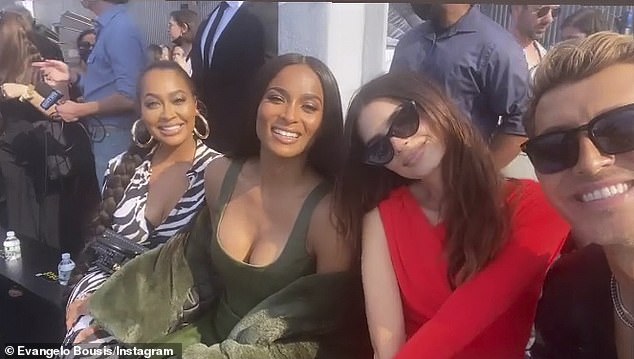 Smiling big: The collection debuted 50 looks at the fashion show which were available same day on the website

And based on her long standing working relationship with the brand, they tapped her as the face of their latest campaign.

Days ago she made her return to the catwalk as she showed off her very flat stomach in a bikini for Rihanna’s Savage X Fenty runway show in Los Angeles. 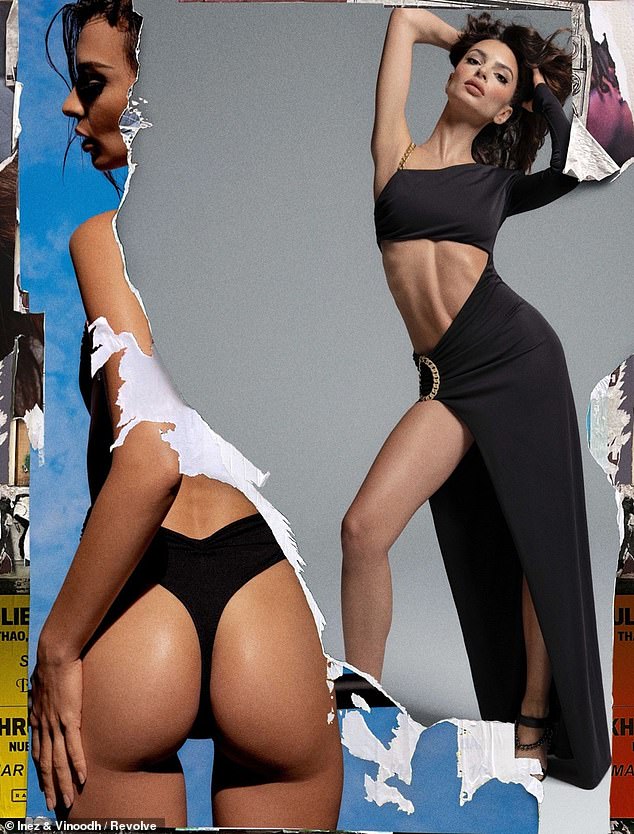 Dundas x Revolve: Emily is the face of the brand’s latest campaign which debuted on September 1