He was one of the very famous faces seen in the audience as Adele belted her heart out during the intimate One Night Only concert for CBS, alongside Oprah, Ellen, and Lizzo to name a few.

But Seth Rogen has admitted that he had ‘no idea’ the special was being broadcast for television, and had ‘smoked a ton of weed’ before attending the concert with his wife Lauren Miller.

Speaking with on The Tonight Show with Jimmy Fallon on Wednesday night, Seth revealed: ‘I had no idea I was attending the taping of an Adele television special at all.’ 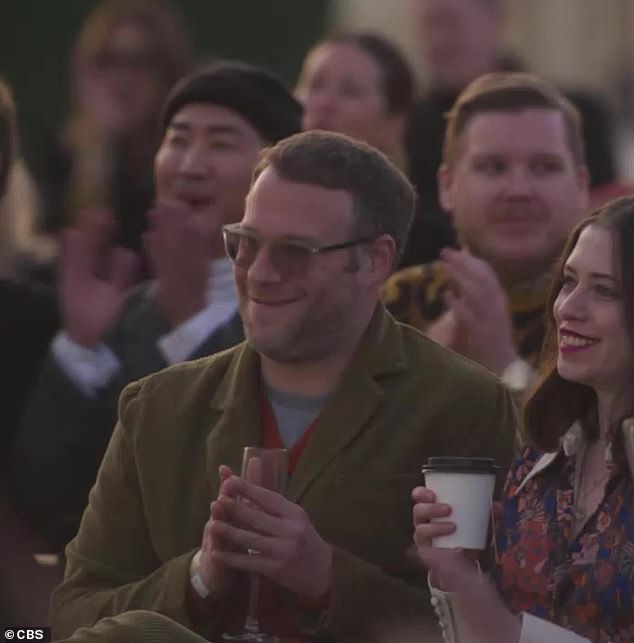 ‘I was trying to look cool’: Seth Rogen admits he has NO IDEA the Adele concert was being taped for her One Night Only special and ‘smoked a ton of weed’ before the show

He claims that he believed it would be ‘a small Adele concert,’ and had smoked marijuana beforehand. He said: ‘We were like, it’s an Adele concert, it’s in the park. We smoked a ton of weed and were like, we’re just gonna go and enjoy this lovely Adele concert.’

‘And then me and my wife were like, “OK maybe [we can] slink into the background? You know, like we’ll just sit in the back and it’s fine. We are not equipped mentally to deal with doing this right now.”

‘So we go up to the desk, they give us our tickets and our seat numbers literally are 1A and 1B. And I’m like, ‘Oh, no! Doesn’t get any bigger!’ 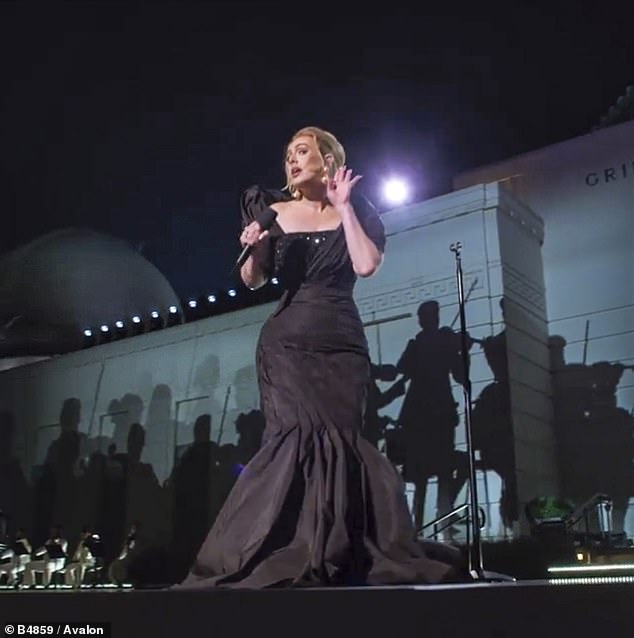 I can’t hear you: Seth also admitted that he had never met Adele before going to her concert

The Knocked Up star explained how the fellow A-List stars in attendance for the show – that scored more viewers than the Oscars – only made the situation more uncomfortable for him.

‘The whole time I just tried to look cool, which is not a healthy thought to have,’ he said. ‘And for me at Adele – it was hard for me to look cool because I’m uncomfortable. I’m too close. I feel like Leonardo DiCaprio behind me thinking like, “Did Seth Rogen write Rolling in the Deep? Is that why he’s so close?”‘

Host Jimmy Fallon then asked if Seth knows Adele, perhaps trying to find out why he had been invited in the first place. 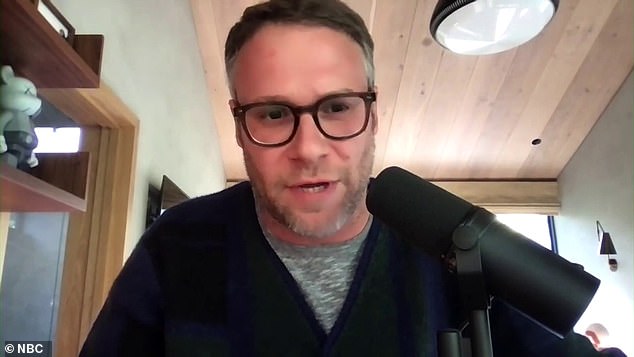 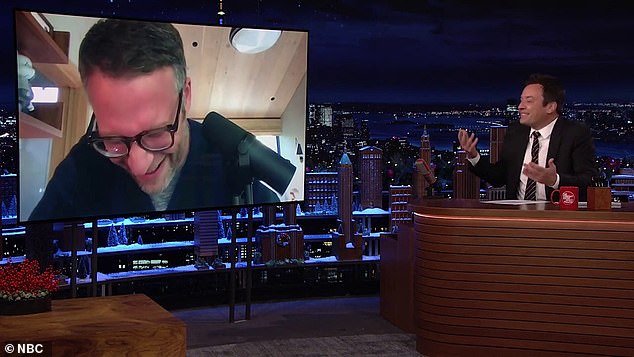 He was also unsure as to why he got better seats that the likes of rapper Drake and actor DiCaprio.

‘Everyone I know watched it. I think it’s the most popular thing I’ve ever been in in my entire life. Like, there’s people I know who have not watched my last five movies who have been texting me, being like, “You were amazing at that Adele concert. It looked incredible!”‘ 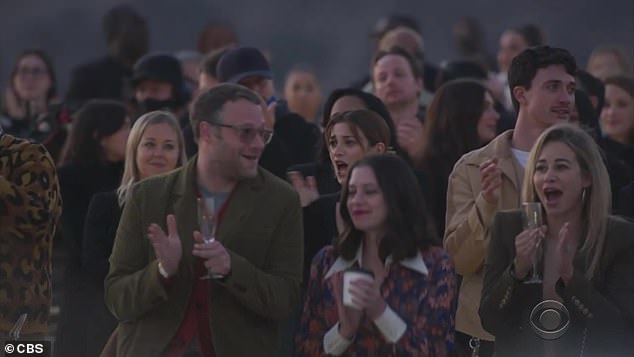 When no-one is looking: Seth claims that he believed it would be ‘a small Adele concert,’ and had smoked marihuana beforehand 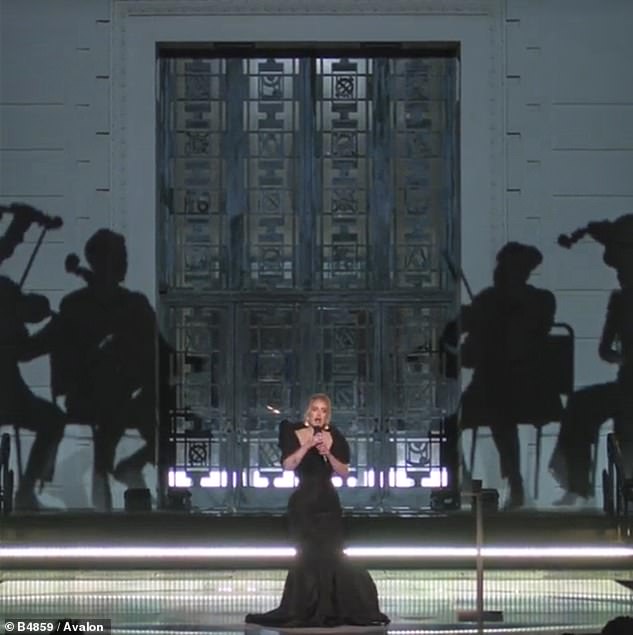 Busted: The Adele concert notched up a staggering 10million viewers