The former professional footballer, 33, and his TOWIE co-star, 23, found that their ‘romance had hit a brick wall’, according to The Sun.

Having each unfollowed each other across social media platforms, Dani then erased every post including her ex on her accounts and Gatbsy made his own private. 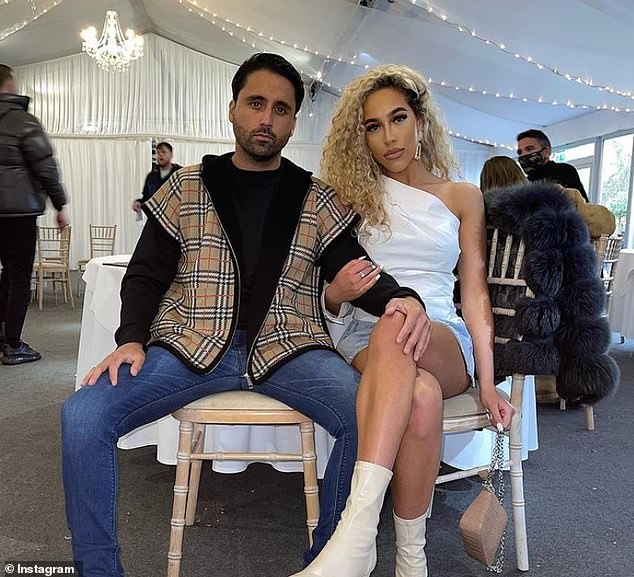 A source told the publication: ‘It’s not looking good for them.

‘Everyone at Towie would be really upset if they’re over for good as a lot of people really like Dani.’

Yet it seems a change of heart was had just hours later Gatsby reactivated his account and the pair refollowed each other.

A representative for Gatsby told MailOnline said of split rumours: ‘This is totally untrue. Liam and Dani are very much together.’ 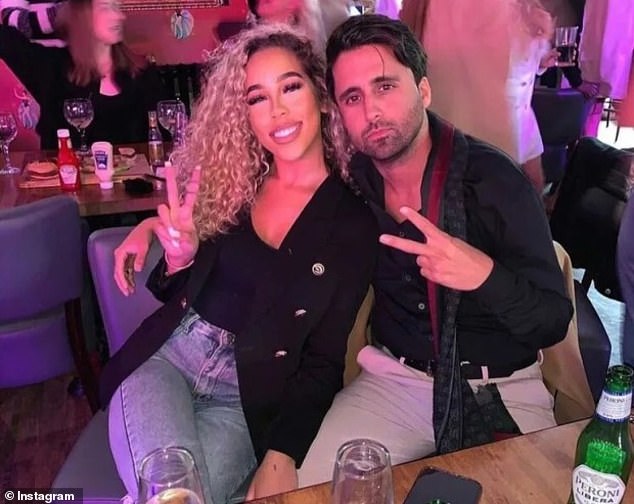 Exes: The former professional footballer, 33, and his TOWIE co-star, 23, found that their ‘romance had hit a brick wall’

The couple first hit it off on a blind date before Dani joined the cast of TOWIE as Gatsby’s love interest.

Gatsby recently asked her to be his girlfriend, months after the couple first confessed their love for each other.

Their romance hasn’t been plane sailing, after they were rocked by claims Gatsby was texting other women during the early days of their relationship.

They also dealt with the storm that came when Dani accused Chloe Brockett, 21, of kissing her boyfriend.

Chloe recently broke down in an emotional video following the accusation. 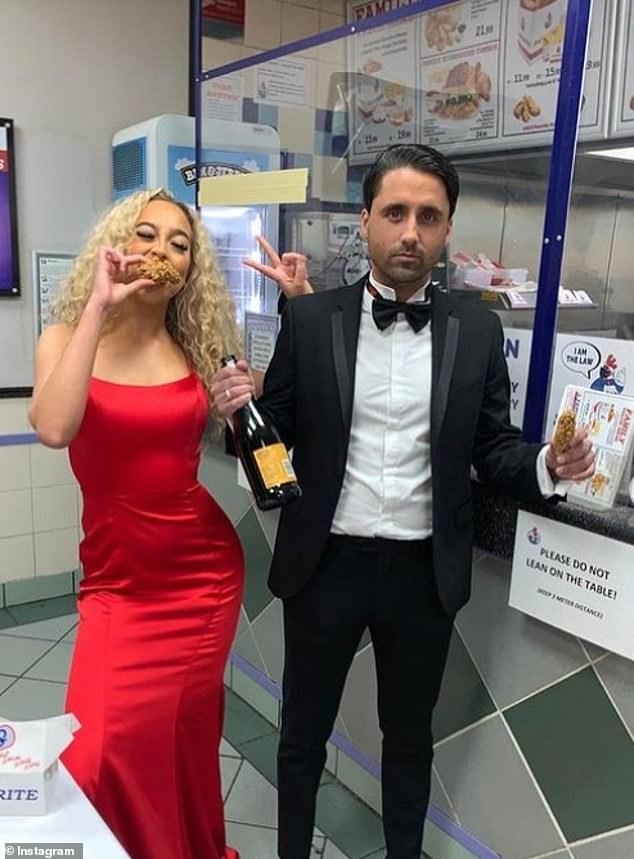 Happier times: Having each unfollowed each other across social media platforms, Dani has erased every post including her ex on her accounts and Gatbsy has made his private

Taking to Instagram in October, Dani insisted when asked about Chloe and Gatsby’s history: ‘Was it just a friendship? Absolutely not,’ adding: ‘I’ve got boy mates. I’m not staying around their house, I’m not kissing them.’

Hitting back at Dani’s claims, Chloe tearfully took to her own Instagram page to tell fans: ‘I have never in my life kissed Gatsby, ever. If people want to say otherwise, that’s fine. I feel so drained.’

Rumours that Chloe and Gatsby enjoyed a fling in the past have long swirled among the TOWIE cast, with Chloe being forced to clarify this month: ‘I think anyone who believes me and Gatsby have history is obviously a bit f***ing stupid.’

Breaking into tears as she sat in her car on Sunday, Chloe said in full: ‘I am so drained by this show and the constant needing justify myself to people.

She added: ‘I’m coming off social media for the night because I actually feel so drained.

‘I feel like I’ve spent so long being so honest and so transparent with everyone.’

Chloe went on: ‘To have people telling me what I have and haven’t done is so hurtful because I know I’ve done nothing.

Representatives for Liam and Dani have been contacted by MailOnline for comment. 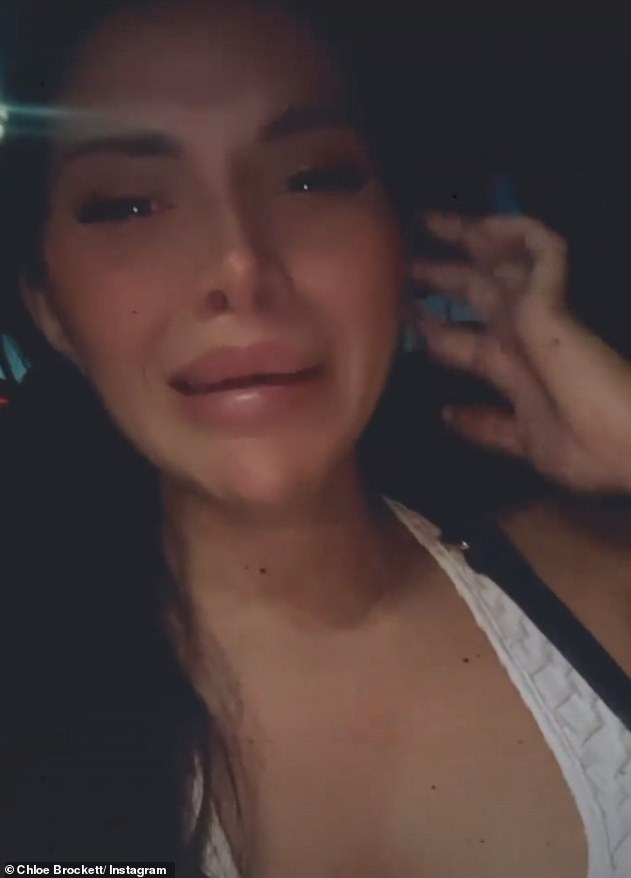 Tragic: It comes after Chloe Brockett, 20, broke down in an emotional video after being accused by Dani of kissing Gatsby