Stephen Colbert opened up about his battle with anxiety and how it affected him after his wedding in a new interview.

“I needed to be medicated when I was younger to deal with my anxiety that I had thrown my life away by attempting to do something that so few people actually get away with, or succeed at,” the 54-year-old Late Show With Stephen Colbert host told Rolling Stone in an interview published on Wednesday, August 29.

He elaborated: “I was actually medicated. I mean, in the most common, prosaic way. Xanax was just lovely. Y’know, for a while. And then I realized that the gears were still smoking. I just couldn’t hear them anymore. But I could feel them, I could feel the gearbox heating up and smoke pouring out of me, but I was no longer walking around a couch.”

“I had a bit of a nervous breakdown after I got married — kind of panic attacks,” he continued. “My wife would go off to work and she’d come home — because I worked at night — and I’d be walking around the couch. And she’s like, ‘How was your day?’ And I’d say, ‘You’re looking at it.’ Just tight circles around the couch.” (The comedian wed Evelyn McGee in 1993. They share three kids: Madeleine, Peter and John.) 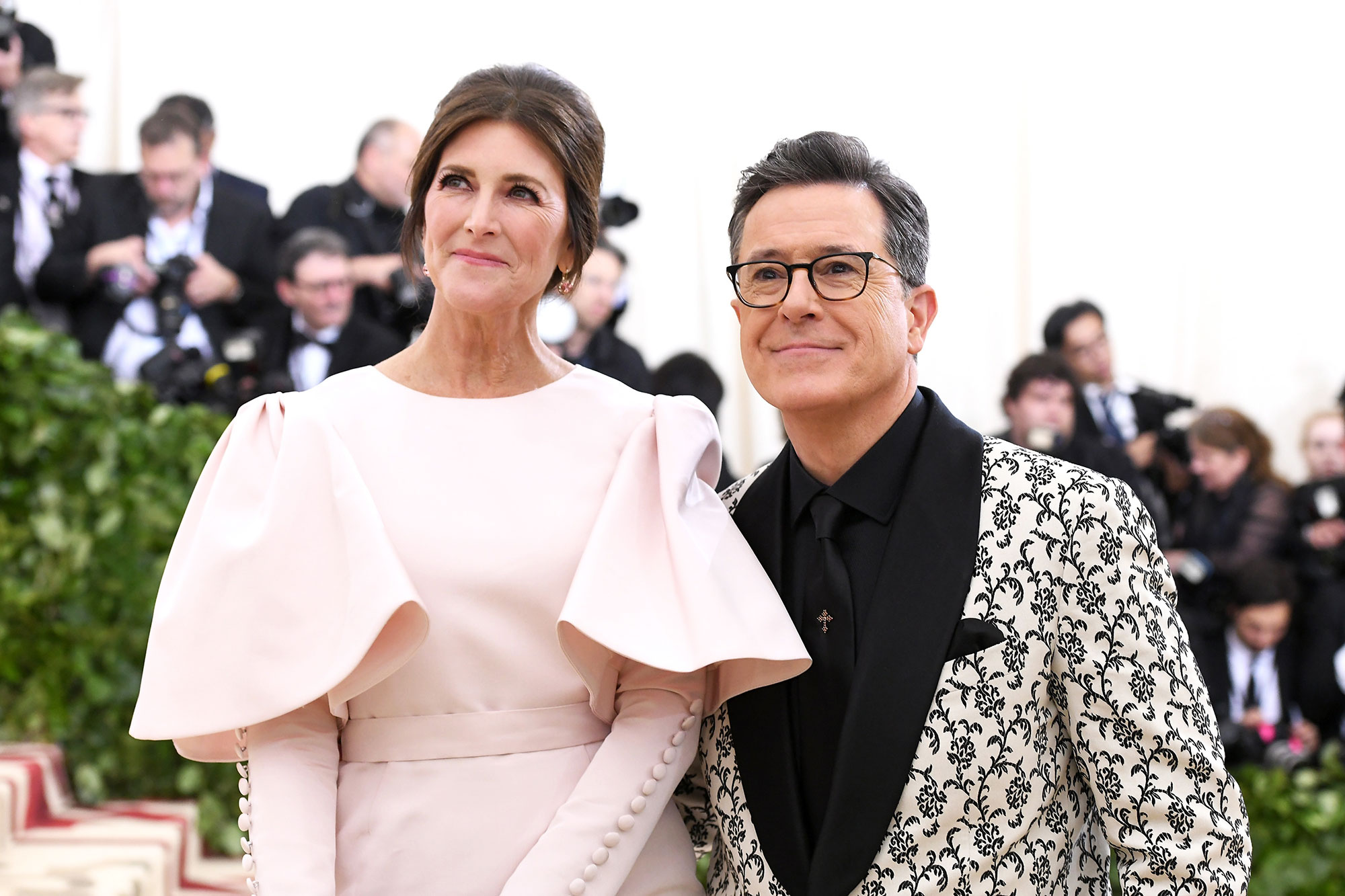 Colbert’s anxiety became a bigger problem when his friends Amy Sedaris and Paul Dinello moved away from Chicago, where they had been performing together. “I would go to the show, and I would curl up in a ball on the couch backstage and I would wait to hear my cue lines. Then I would uncurl and go onstage and I’d feel fine,” he explained. “Which occurred to me at the time: Like, ‘Oh, you feel fine when you’re out here.’ And then as soon as I got offstage, I’d just crumble into a ball again. Nobody ever asked me what was wrong! [Laughs] It went on for months.”

The Colbert Report alum, who called comedy his “savior” in the interview, eventually realized medicating was not doing the trick. “I stopped the Xanax after, like, nine days. I went, ‘This isn’t helping.’ So I just suffered through it,” he said. “I’d sometimes hold the bottle, to go like, ‘I could stop this feeling if I wanted, but I’m not going to. Because I know if I stop the feeling, somehow I’m not working through it, like I have got to go through the tunnel with the spiders in it.’”

He added: “And then one morning I woke up and my skin wasn’t on fire, and it took me a while to figure out what it was. I wake up the next morning, I’m perfectly fine, to the point where my body’s still humming. I’m a bell that’s been rung so hard that I can still feel myself vibrating. But the actual sound was gone [because] I was starting rehearsal that day to create a new show. And then I went, ‘Oh, my God, I can never stop performing.’ Creating something is what helped me from just spinning apart like an unweighted flywheel. And I haven’t stopped since. Even when I was a writer I always had to be in front of a camera a little bit. I have to perform.”

The US has no plans to shoot down the Chinese rocket due to crash down this weekend, defense secretary says