She has been raising a new baby boy after giving birth to her fourth son at the end of July.

But Teen Mom 2’s Kailyn Lowry was focused on one of her other children after her ex-boyfriend Chris Lopez cut their three-year-old son Lux’s hair behind her back.

The 28-year-old reality star took to her Instagram Stories on Saturday to vent about the new haircut, which left Lux’s long black locks uneven. 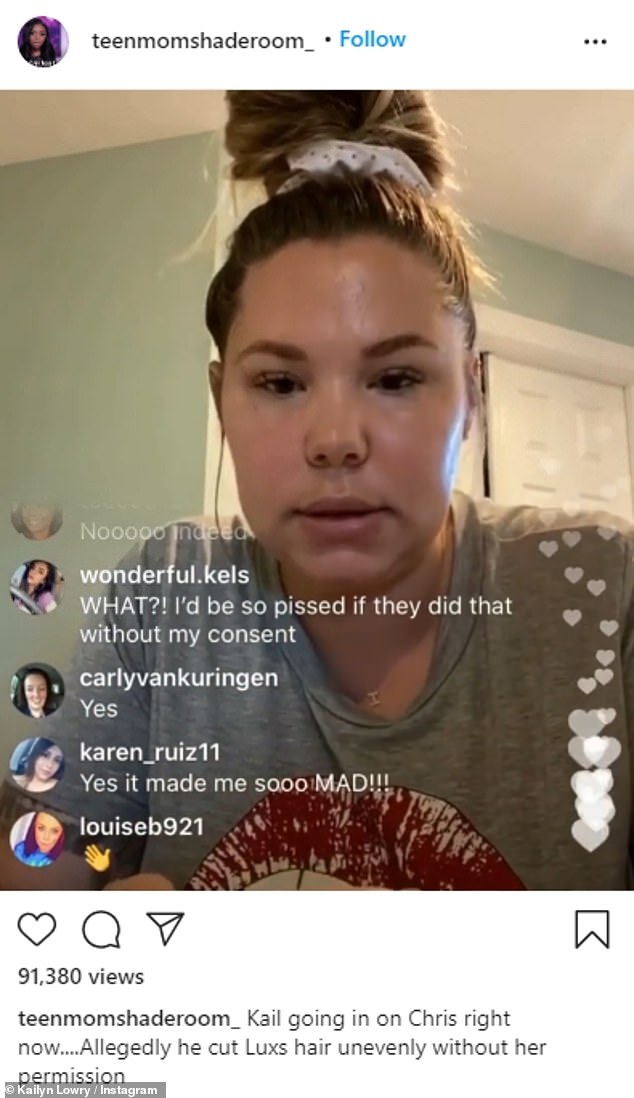 Battling for control: Kailyn Lowry, 28, vented on Instagram Saturday after her ex boyfriend Chris Lopez gave their son Lux, three, a haircut behind her back

Kailyn shared the haircut in a before and after comparison of the back of her son’s head.

Lux’s hair, which previously reached down to his back, was still long but only touched his shoulders, and the bottom was uneven and slanted up to the right.

‘Parenting with a narcissist be like,’ she captioned the after photo, and she also labeled it a ‘Control tactic.’

Later, she filmed an Instagram Live session where she opened up about the haircut and tarred her ex. 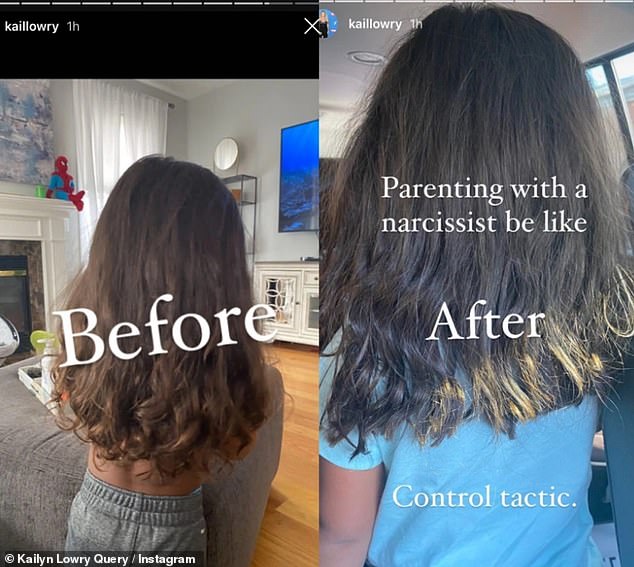 Poor job: She posted before and after photos of Lux’s hair in her Insta Stories to show how it was unevenly cut, and she called the haircut a ‘Control tactic’ 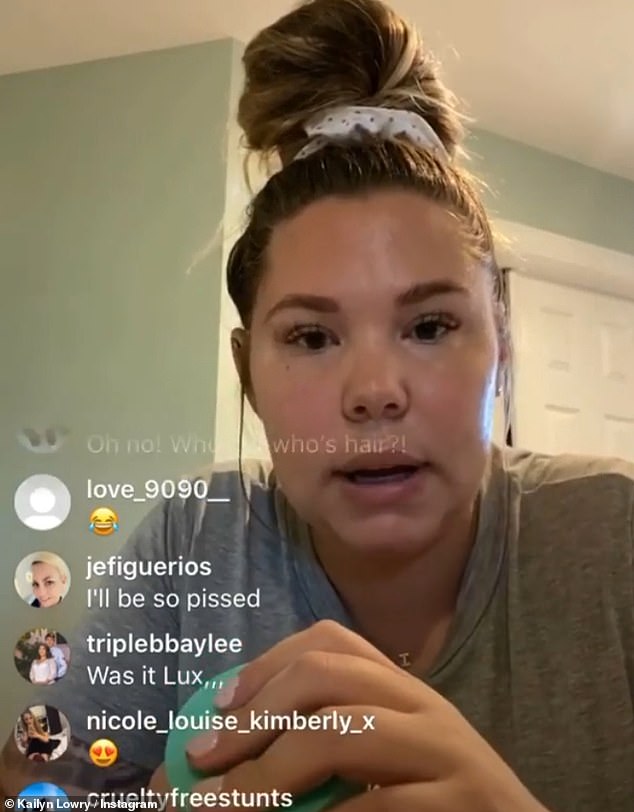 Laying it all out: Later, she accused Lopez of having choked her and cheated on her in an Instagram Live video from Saturday

She accused Lopez of physically abusing her and even choking her, which she has previously claimed, while accusing him of infidelities as well.

‘I’m just at a place where it’s like OK, you could f**k with me all you want. You can choke me, you can put your hands on me, you can burn my book on social media, you can cheat on me. Do whatever you want, right?’ she said.

‘But the second you do something to my child, I’m gonna come out of character because you’re using the child as a manipulation tool.’

Lopez recorded his own Instagram Live video on Saturday in which he defended himself. 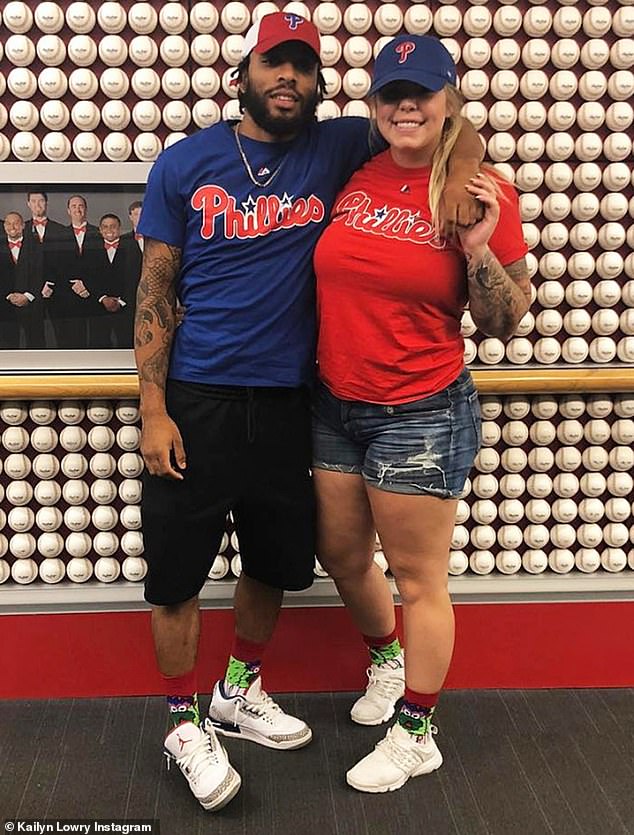 Could have been worse: Chris defended his actions in his own Instagram Live video. ‘She should be happy I didn’t f**king scalp his a**,’ he said

Jenelle Evans, who also rose to fame on Teen Mom 2, shared her take on the incident on Twitter.

‘I would have cut that little boy’s hair too,’ she wrote obliquely, though she has feuded with Kailyn in the past.

‘Barbara agrees too,’ she added, referring to her mother.

Jenelle’s children were temporarily taken away by Child Protective Services last year after her husband shot and killed one of their dogs, which he claimed tried to bite their young daughter.

Joining in: Jenelle Evans, who also rose to fame on Teen Mom 2, shared her take on the incident on Twitter

Keeping it up: She joked that her mother agreed. Jenelle has previously feuded with Kailyn on social media 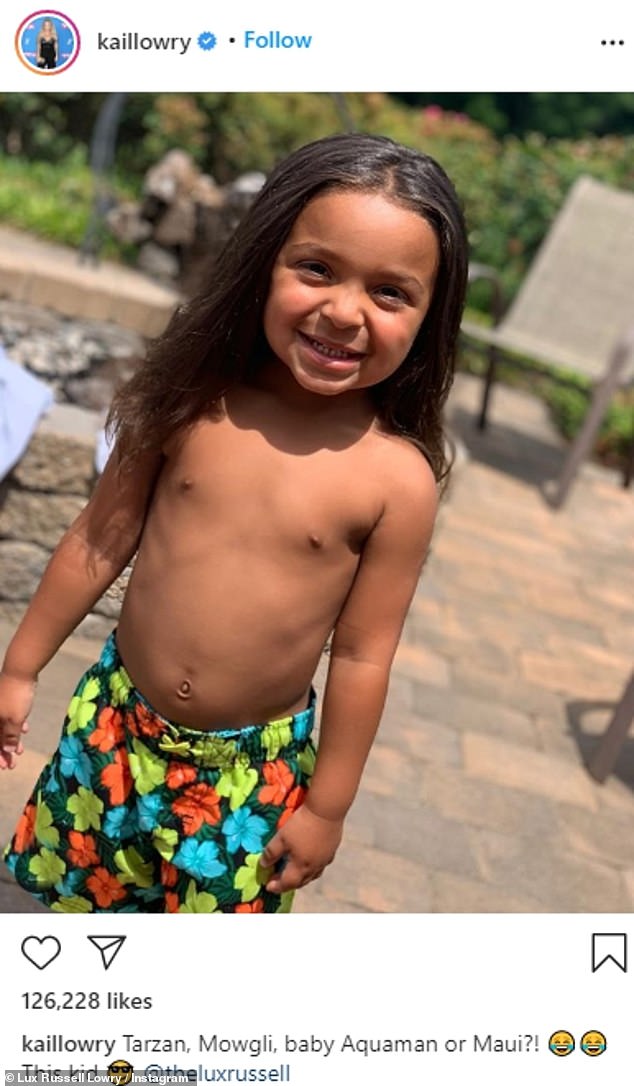 Standing firm: She defended Lux’s locks against a Twitter troll in March 2018 and said, ‘I’ll cut it when he tells me he wants to cut it’

In the past, Kailyn has defended Lux’s long locks.

‘I’ll cut it when he tells me he wants to cut it,’ she tweeted in March 2018 after one social media user said he looked like a girl. ‘But you can mind your business lil momma.’

In addition to Lux, Kailyn is the mother to Isaac, 10, Lincoln, 6, and her one-month-old baby Creed. 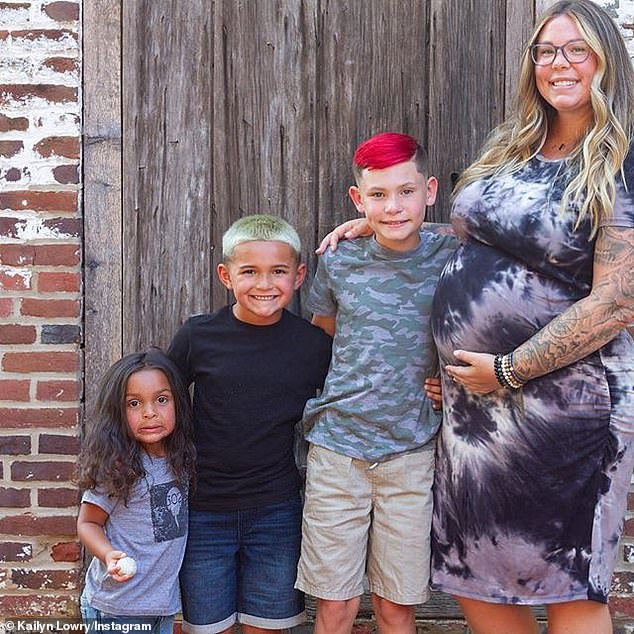 Growing family: In addition to Lux, Kailyn is the mother to Isaac, 10, Lincoln, 6, and her one-month-old baby Creed