Game of Thrones may have ended an entire month ago, but the pop culture juggernaut is still as relevant as ever due to how massive its eighth and final season was. Fans are still talking about the shocking final scenes of the fantasy hit, and it even inspired a hilarious sketch at the MTV Movie and TV Awards this year. On Monday night, host Zachary Levi took to the stage at the buzzy awards show to kick the night off with a Game of Thrones parody at the MTV Movie and TV Awards that would even make a White Walker crack a smile.

After welcoming everyone to the big night with throwback photos and handing out a few of the first awards of the night, Zachary Levi got his comedy on in a scene-stealing Game of Thrones sketch. In the joke-filled sketch, Levi played a sort of combination of Tyrion Lannister and Varys from the final few episodes of Game of Thrones. He jokingly tries to cast off Daenerys’ suspicions that he was the person to spill her secret about being Jon Snow’s aunt. But of course, Daenerys sees through his jokes when Greyworm catches him scribbling the truth in a bunch of letters. It all leads up to Levi standing in for Varys in a recreation of the lord of whispers’ iconic death scene, being burned alive by Dany’s dragon Drogon. 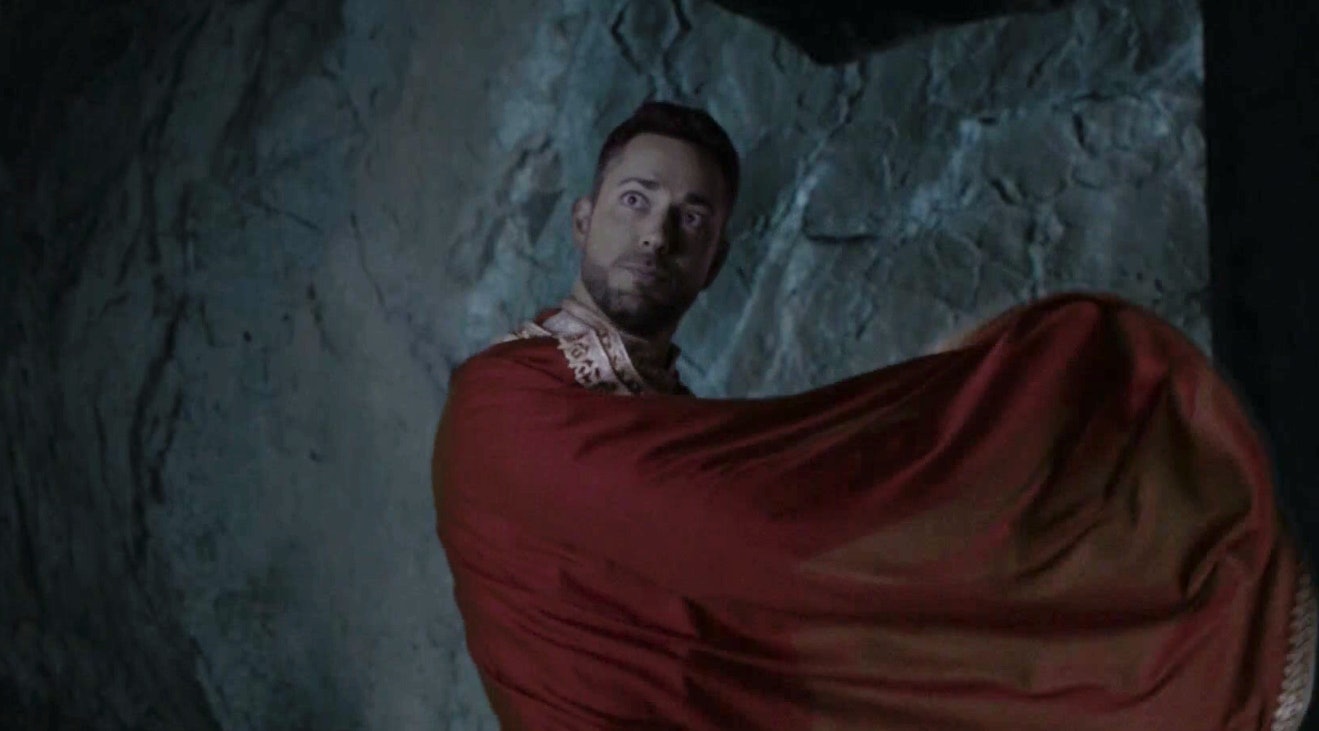 It really should not be much of a surprise that the 2019 MTV Movie and TV Awards paid tribute to Game of Thrones considering how present the series was among its categories this year. With four nominations, Game of Thrones stood above every other TV show this year as the most nominated series at the MTV Movie and TV Awards. Stars Emilia Clarke and Maisie Williams both got solo nominations for the Best Performance in a Show and Best Hero categories respectively, and Arya’s ending blow on the Night King was nominated for Best Fight. To top it all off, Game of Thrones was also nominated in the Best Show category, where it is up against the pubescent animated comedy Big Mouth, the chilling newcomer Haunting of Hill House, the steamy teen soap Riverdale, and the heartwarming dysfunctional family comedy Schitt’s Creek for the night’s top prize.

Including both the TV and movie sides of the awards show, Game of Thrones actually tied as the most nominated project alongside Marvel’s inescapable juggernaut Avengers: Endgame and the Ruth Bader Ginsburg documentary RBG.

The 2019 MTV Movie and TV Awards marks Zachary Levi’s first notable awards show hosting gig, and he certainly made a splashy debut with his Game of Thrones spoof. Levi has already made a major impression in 2019 after joining the DC Extended Universe as the star of Shazam!, as well as joining the second season of Amazon’s awards season favorite The Marvelous Mrs. Maisel. Maybe we will be able to see Zachary Levi host some more awards shows in the future now that he has proven himself on MTV.