“It’s #nationalbestfriendsday so I want to say how grateful I am for this beautiful lady @jenniegarth,” Spelling, 46, captioned two photos of the pair on Instagram. “She’s seen me up, down , turned around and loved me and supported me unconditionally. She’s my partner in life and business.” 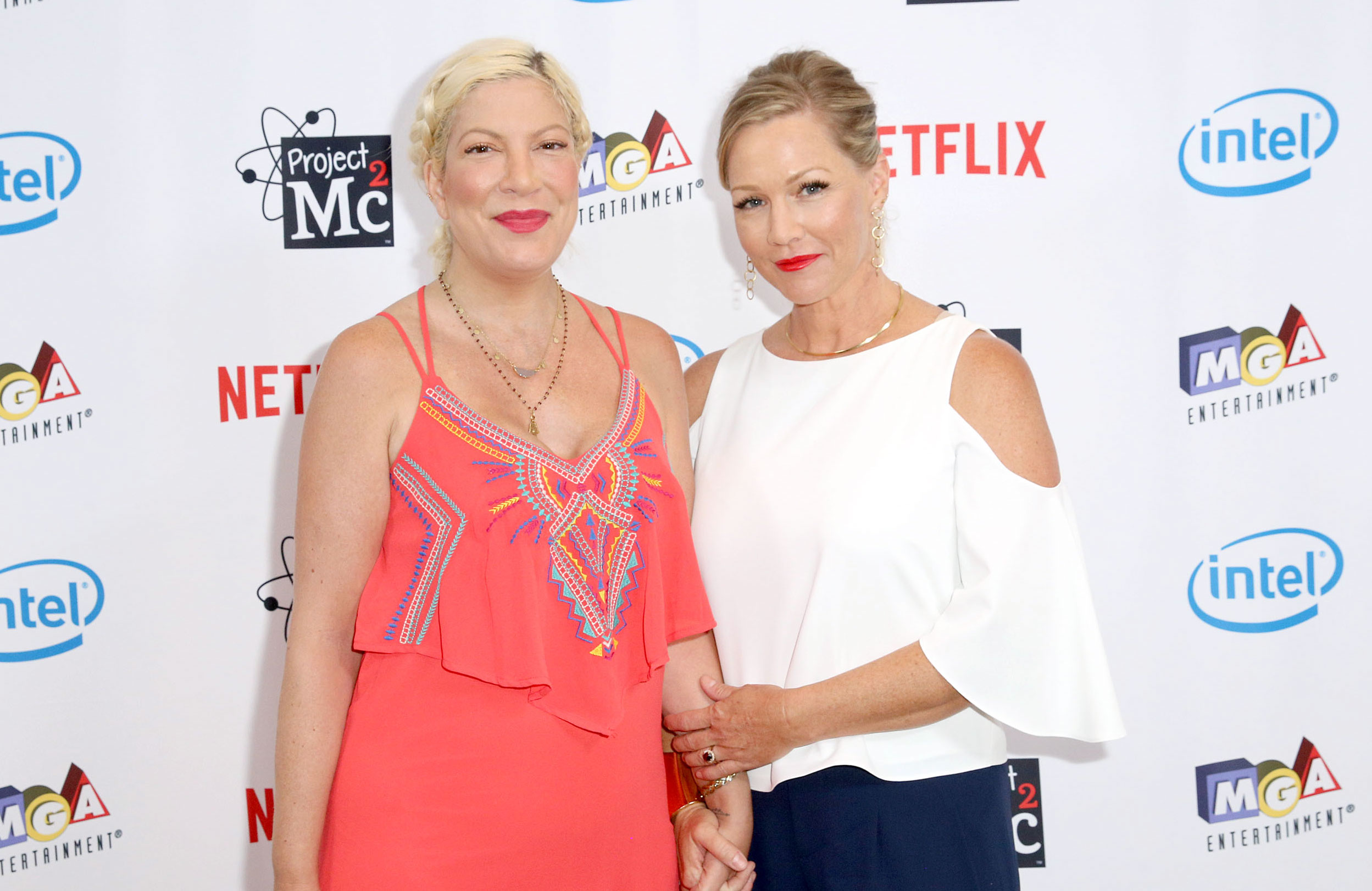 The Spelling It Like It Is author capped off her sweet tribute — in which the duo could be seen side-by-side smiling and holding hands — writing: “My #workwife . My BFF. I Love you ❤️ #bh90210 #bestfriends #creators #yinandyang.”

Garth, 47, echoed her pal’s sentiments, posting her own adorable snap. “Happy BFF Day @torispelling,” the What I Like About You alum captioned an Instagram Story of the pair holding hands. (The pair have been close since they met on the set of Beverly Hills, 90210, which premiered in 1990.) 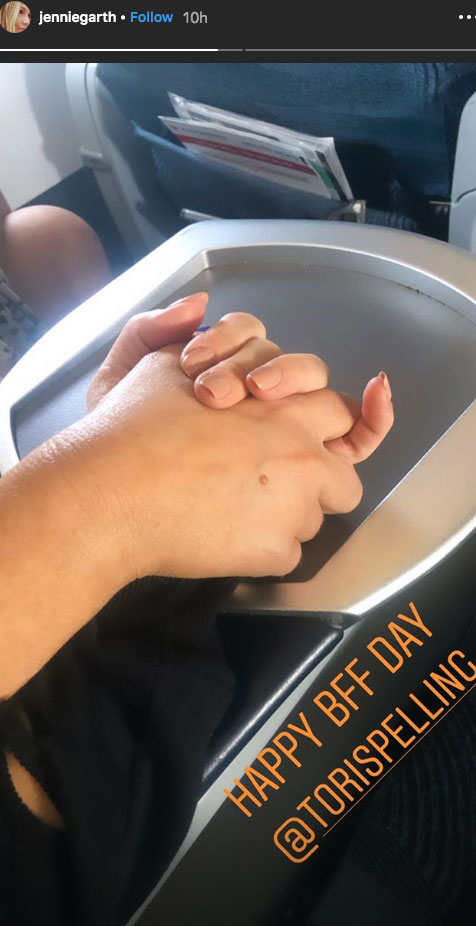 The April’s Flowers star soon followed up her note with a photo of herself holding hands with her husband, Dave Abrams, beside their dog. “Back with my boys,” she wrote. (She and Spelling have been in the midst of filming BH90210 in Vancouver.)

The True Tori alum also flew back to her brood on Saturday. “Headed home to see my family. Missing my pack,” she wrote on Instagram Stories. “Mama is headed home to her babies.” (She shares five children with husband Dean McDermott: Liam 12, Stella, 10, Hattie, 7, Finn, 6, and Beau, 2.)

Spelling confirmed the news of a “new 90210“ in February. “It is the OG crew back together, and we’re playing heightened versions of ourselves,” she explained at the time. “The fans will be pleasantly surprised, though, because we will intercut that with scenes from the show. So it’ll be a whole ensemble cast.”

Luke Perry, who played Dylan McKay on the earlier seasons of Beverly Hills, 90210, died in March 2019, days after suffering from a massive stroke at the age of 51. While he hadn’t officially signed on for the project, Spelling and Garth told Entertainment Weekly that he was “into” the idea before his untimely death.