The former U.S. president was caught on camera staring at the ‘God Is a Woman’ songstress during her performance at the service in Detroit.

AceShowbiz –
It looks like Bill Clinton becomes one of those people who are amazed by Ariana Grande‘s beauty. The former president of the United States, who attended Aretha Franklin‘s funeral service on Friday, August 31, was accused of checking out the “God Is a Woman” songstress as there’s a video to prove it.

During the service, which took place at Greater Grace Temple in Detroit, Michigan, Ariana performed one of Aretha’s songs “(You Make Me Feel Like) A Natural Woman” in a black cocktail dress. Her long hair was arranged into a beautiful ponytail. Bill, who sat in the front row, seemed to be impressed by her performance as he was caught on camera staring at the “Side to Side” hitmaker up and down. The 72-year-old politician was also seen smiling from ear to ear. 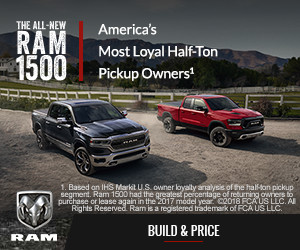 The moment was captured in a video and a person posted it on Twitter and pointed it out. “Gross…Watch Bill Clinton look Ariana Grande up and down when she sings at #ArethaFranklinFuneral and try not to throw up in your mouth,” the social media user wrote on the post with a puke emoji.

Many other internet users then jumped to the reply section to share their opinions. “Maybe it was the inappropriate outfit? I know she’s young, but I have to believe she knew better…it is a funeral, not one of her concerts. JMO,” one thought. “Why can’t he close his mouth? Aren’t they at a funeral? He looks mighty happy to be in mourning. He’s probably just glad he got away from Hildebeast for the day,” another person added.

One of them even posted a hilarious meme of Bill pointing out at something. The words, “Now that is a nice a**,” were written on the photo.

On the same occasion, Bill delivered his tribute to the late Queen of Soul, admitting he and his wife, Hillary, were once Aretha’s groupies. “We started out not as a president, a first lady, senator, secretary of state. We started out as, like, Aretha Franklin groupies or something,” he told the audience. “We’re Aretha groupies. She had the voice of a generation, maybe the voice of a century.”