It’s no secret that the Kardashian/Jenner clan are fairly obsessed with their looks. They flood Instagram on a daily basis with selfies, and they always seem to look absolutely flawless. Some chalk it up to the excessive use of filters, while others insist that the brood has had extensive cosmetic surgery.

Fans often speculate about how much Kylie Jenner’s appearance has changed in just a few years. The young celebrity’s face has changed quite a bit, as well as the rest of her. Some wonder if her insistence that her body is “all natural” is harmful to kids and teens who strive to look that perfect. A recent video with Kylie and her mom has fans wishing she’d spend more time acting her age, and less time obsessing over her looks. 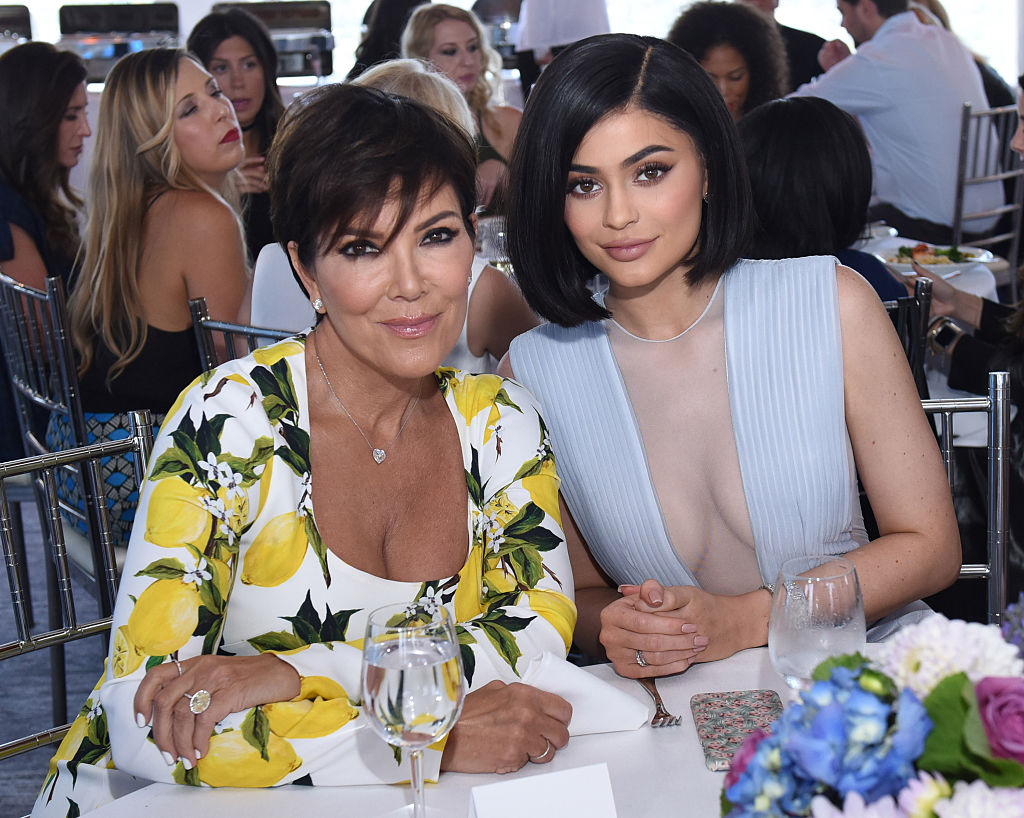 The many faces of Kylie Jenner

Although Kylie Jenner says that she hasn’t revealed much about her cosmetic procedures, the significant changes in her looks over the years tell another story. If you were to compare photos of Jenner at 16 years old with her current photos, it doesn’t even really look like the same person.

Jenner admits to having lip fillers, after denying it for some time. At first, she said the fairly obvious size change in her lips was due to a makeup trick. After they seemingly just kept getting bigger and bigger, she admitted to the lip fillers in an interview.

Other parts of Jenner also seemed to grow exponentially, specifically her butt and bust. She still denies the rumors of implants in both areas, but some experts disagree. According to DailyMail, celebrity dermatologist Dr. Tabasum Mir says that in her opinion, Kylie has had work done on her hips and butt, as well as Botox and fillers. Dr. Mir is speaking out against celebrities who pretend they have a perfect appearance without the help of any cosmetic procedures, because it sets unrealistic expectations for young girls.

Dr. Mir isn’t the only one disturbed by Jenner’s unhealthy influence on young kids–plenty of Reddit users have taken to the internet to express their disgust with the young billionaire. Their problem isn’t with Jenner having cosmetic procedures–their problem is that she denies it, which leads to teens and young women feeling the pressure to just “naturally” look perfect.

One Redditor stated “putting pressure on young girls to look like people who literally have had 20+ surgeries to look “perfect” is gross!!!” Others agreed, saying, “It’s not the plastic surgery that bothers me, it’s the denying!! They act (especially Kylie) as if they haven’t had surgery their entire life and their looks are completely natural.”

While Kylie has her detractors all over the internet, she also has plenty of fans. Fans recently took to Reddit to discuss a new video with Kylie and her mom, Kris. The famous mother/daughter duo laugh and joke around as Kylie reluctantly allows Kris to do her makeup–Kylie tells Kris “it’s not that you’re not good at doing makeup, you’re just not my vibe.” Regardless of how she feels about Kris’s makeup skills, Kylie stays good-natured throughout the experiment.

Kylie’s fans enjoyed the video, and they shared their feelings on Reddit. One user talked about how much she loved seeing the mom and daughter interact in a friendly, relaxed manner, “I loved this video. You can see Kylie being her natural self, happy and actually being her age for once.” They liked seeing Kylie acting young and carefree, allowing her mom to make her over rather than being obsessed with how she looks and filtering everything before the world sees it.

Although her fans liked seeing her having fun, they still felt like she needs to ease up on the cosmetic procedures and instagram filters and be more natural. One Redditor said “She’s a gorgeous woman, and this video’s really cute, but chill on the fillers.” Another replied “I think Kylie here looks a lot similar to her pre-surgery self. This just goes to show how photoshopped/facetuned her insta is.”

Is Kylie Jenner really a billionaire?

In March 2019, Forbes named Kylie Jenner a self-made billionaire. Recently, the business magazine turned its story around, claiming that an investigation shows that Jenner is not–and likely never was–a billionaire.

Public documents indicate that Kylie Cosmetics wasn’t as profitable as everyone had believed. The actual figures show that revenues from the year leading up to Jenner’s deal with Cody are much lower than the published estimates–$177 million as opposed to $360 million. Forbes now believes that a more probable assessment of Jenner’s net worth is around $900 million. Not too shabby for a 23-year-old, but still not the record-breaker that the Kardashian/Jenner family wanted everyone to believe.