Zac Efron has shocked fans after he debuted his new extremely beefed-up physique to play a wrestler on the set of The Iron Claw on Monday.

The 35-year-old actor displayed a completely unrecognisable look, as he prepares to play Kevin Von Erich in the film.

The star, who has always been known for his hunky frame, has gained a substantial amount of muscle to recreate Von Erich’s frame, while sporting a deep tan. 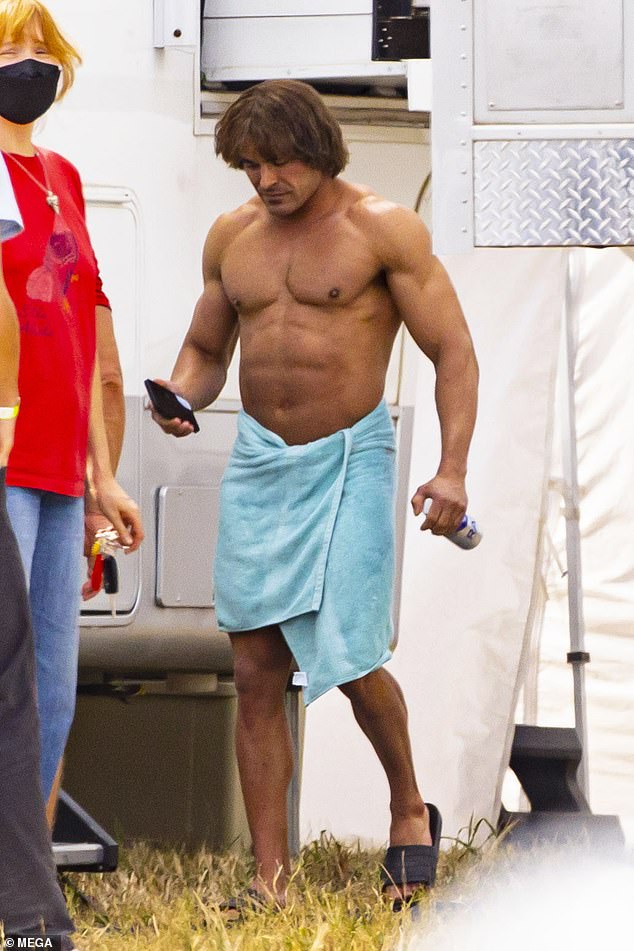 Woah! Zac Efron has shocked fans after he debuted his new extremely beefed-up physique to play a wrestler on the set of The Iron Claw on Monday

Zac, who recently addressed speculation over his changing face, also donned a bowl style wig as he strolled around the set on his phone, clad in nothing but a blue towel.

But fans were divided on the new look, with some praising the actor for trying to accurately recreate the wrestler’s body, while others worried he had gone too far. 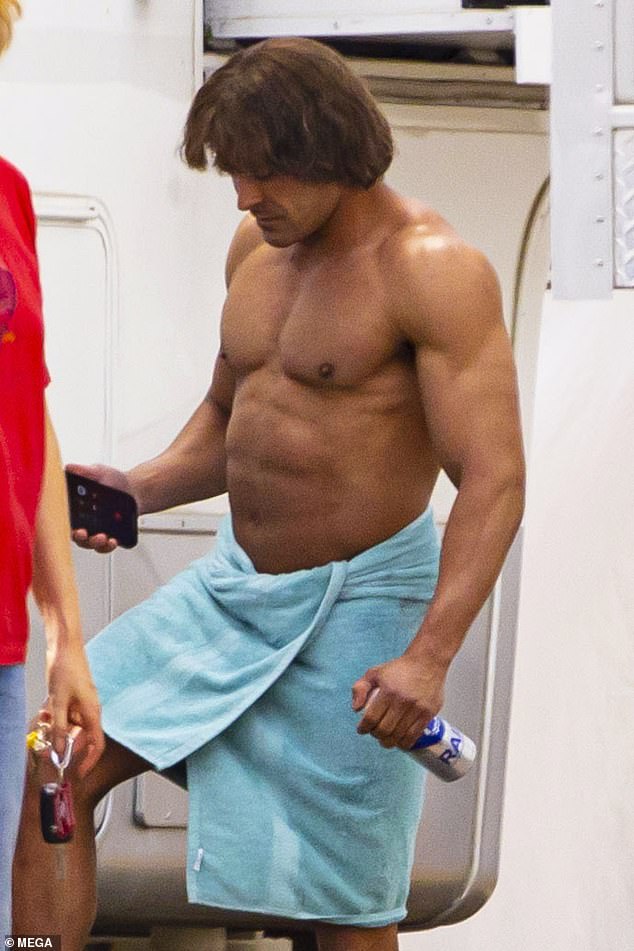 Unrecognisable! The star, who has always been known for his hunky frame, has gained a substantial amount of muscle to recreate Von Erich’s frame, while sporting a deep tan 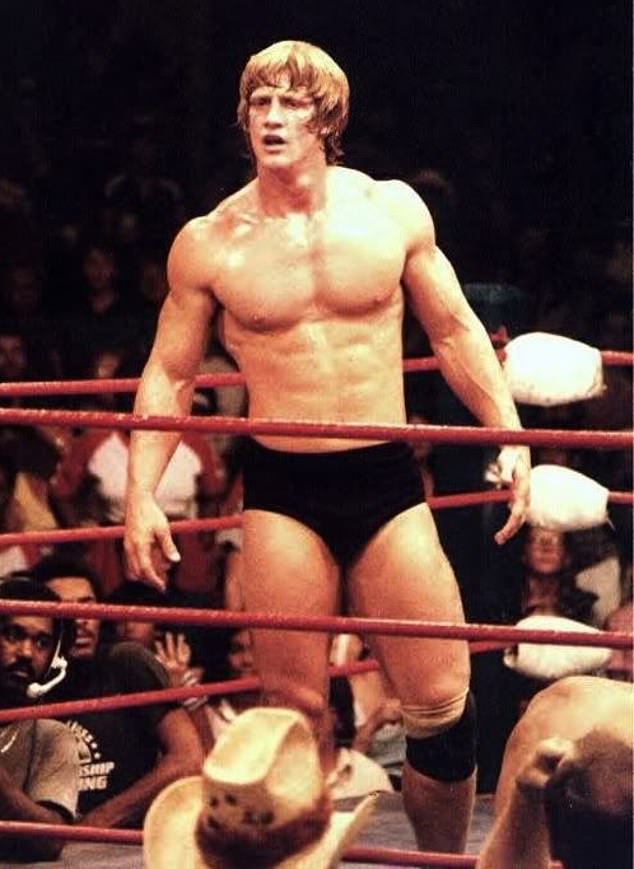 Twins: The star was the spitting image of the real Kevin Von Erich (pictured in the ring in the 1980s) 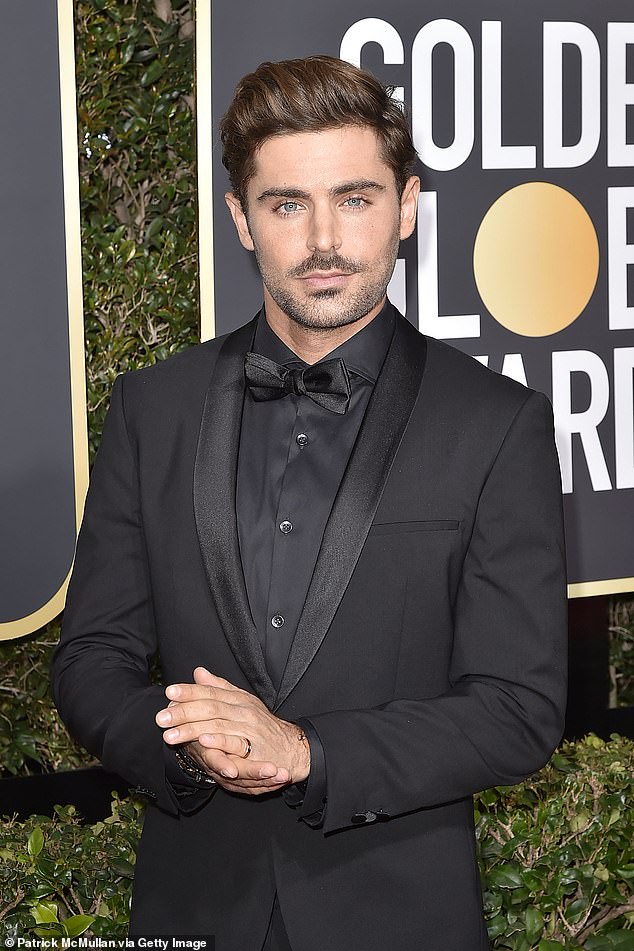 Change: He looked a far cry from his old appearance in the new photos (pictured at the Golden Globe Awards in January 2018)

While another aghast Twitter user wrote: ‘This can’t be my Zac efron’.

A third echoed: ‘What is going on with Zac Efron?’

A fifth agreed, tweeting: ‘Oh my god Zac Efron you destroyed your face’.

And a sixth quipped: ‘The David Hasselhoff–ification of Zac Efron’.

Concerns: But fans were divided on the new look, with some praising the actor for trying to accurately recreate the wrestler’s body, while others worried he had gone too far 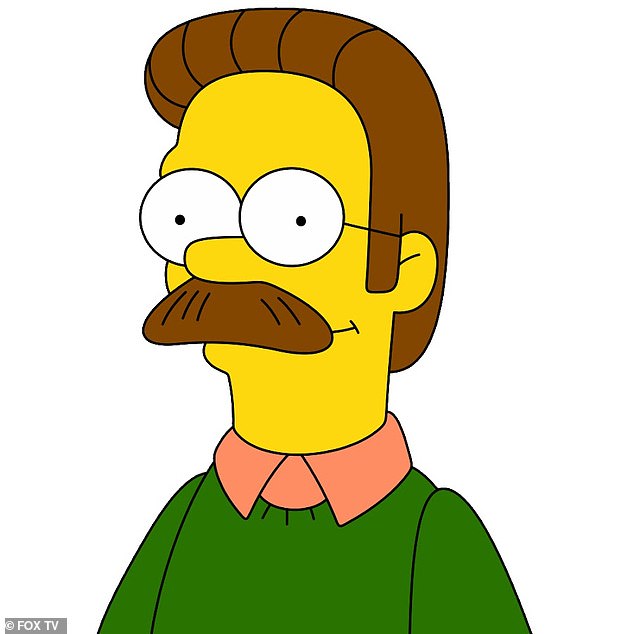 Hilarious: One quipped that the actor looked the spitting image of a ‘sexy Ned Flanders’, a character from The Simpsons (pictured)

Others were surprised at how well the actor had transformed into the famous wrestler and took to Twitter to praise him.

While another tweeted: ‘I actually was cool with Zac Efron playing Kevin Von Erich in the new A24 films bio pic. From this shot it looks like Zac was the right choice from a physical aspect. Now just gotta hear his Texas drawl.’

And a fourth declared: ‘Zac Efron as Kevin Von Erich is sending me to the goddamn moon’.

Pleasantly surprised: Others were surprised at how well the actor had transformed into the famous wrestler and took to Twitter to praise him

It’s not the first time the High School Musical star has been at the centre of a hot debate about his looks.

Zac previously was accused of having plastic surgery after he displayed a massive transformation in his face last year.

But the actor denied the claims and instead confessed he change in looks were caused by a nasty accident at home.

In an interview with Men’s Health Magazine, he recalled how he slipped on a pair of socks while running at his home causing him to smash his chin into a granite fountain.

The star explained that he lost consciousness only to wake up with ‘his chin bone hanging off his face.’ 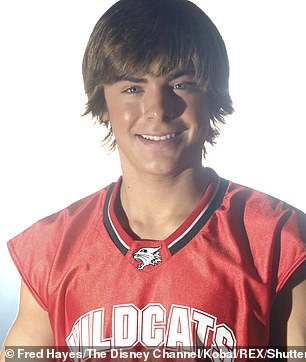 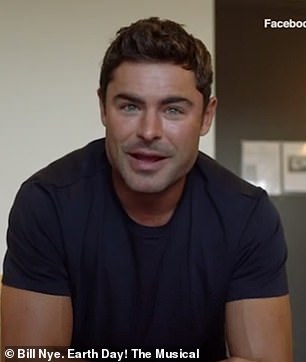 Causing a stir: Fans noticed Zac’s jaw looked quite different in a 2021 Earth Day video (pictured right) than from his High School Musical days (pictured left in 2006) and wondered if he went under the knife

Zac said that when he was injured, the masseter muscles on the inside of his face and jaw then ‘compensated’ for his injury causing them to grow in size – hence his remarkable transformation.

He says this explains why he looked so different at the time. ‘The masseters just grew. They just got really, really big.’

The High School Musical star also claimed to not know that he was a huge talking point on social media and had in fact gone viral for his different-looking jaw, until his mother called to ask if he had gone under the knife.

‘If I valued what other people thought of me to the extent that they may think I do,’ he told the magazine, ‘I definitely wouldn’t be able to do this work.’ 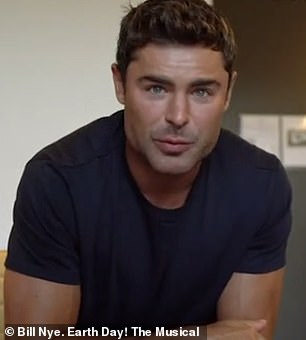 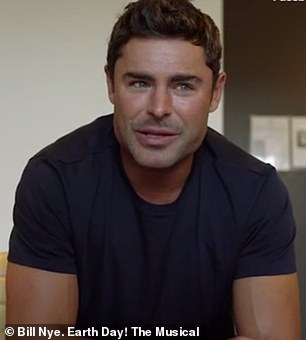 Truth revealed: Zac explained that a fall at home is what left his jaw looking swollen during this 2021 video and shut down plastic surgery rumors once and for all

In April 2021, Zac started trending on Twitter after he was seen on a video for Earth Day! The Musical displaying a more prominent square chin and heavier jawline.

In the clip, Zac eagerly calls Bill Nye a ‘genius’ after hearing that he and Justin Bieber were working on a fictional Earth Day musical.

It lead fans to speculate that the handsome star had sought plastic surgery.

Zac also spoke about what he did to achieve his sculpted physique for the Baywatch film in 2017.

He said: ‘That Baywatch look, I don’t know if that’s really attainable. There’s just too little water in the skin. Like, it’s fake; it looks CGI’d.

‘That required Lasix, powerful diuretics, to achieve. So I don’t need to do that. I much prefer to have an extra, you know, 2 to 3 percent body fat.’

WHAT THE EXPERTS SAY

Sarah Lindsay, founder of Roar Fitness said: ‘What I would say is that this is his job and he’s changing his body deliberately for a role.

‘This is not a lifestyle choice or a psychological state that needs concern. I’m sure he has good doctors and trainers looking after his health.

‘He’s experienced training to the absolute extreme before for Baywatch so he already knows what to expect with regards to how he will feel emotionally.

‘This is a very similar situation just with a different training/ aesthetic focus.

‘To make drastic changes to how your body looks especially in a body that is already well trained over several years take enormous effort and focus so I’m sure he’s spent several months just eating, training and sleeping and not a lot else.’