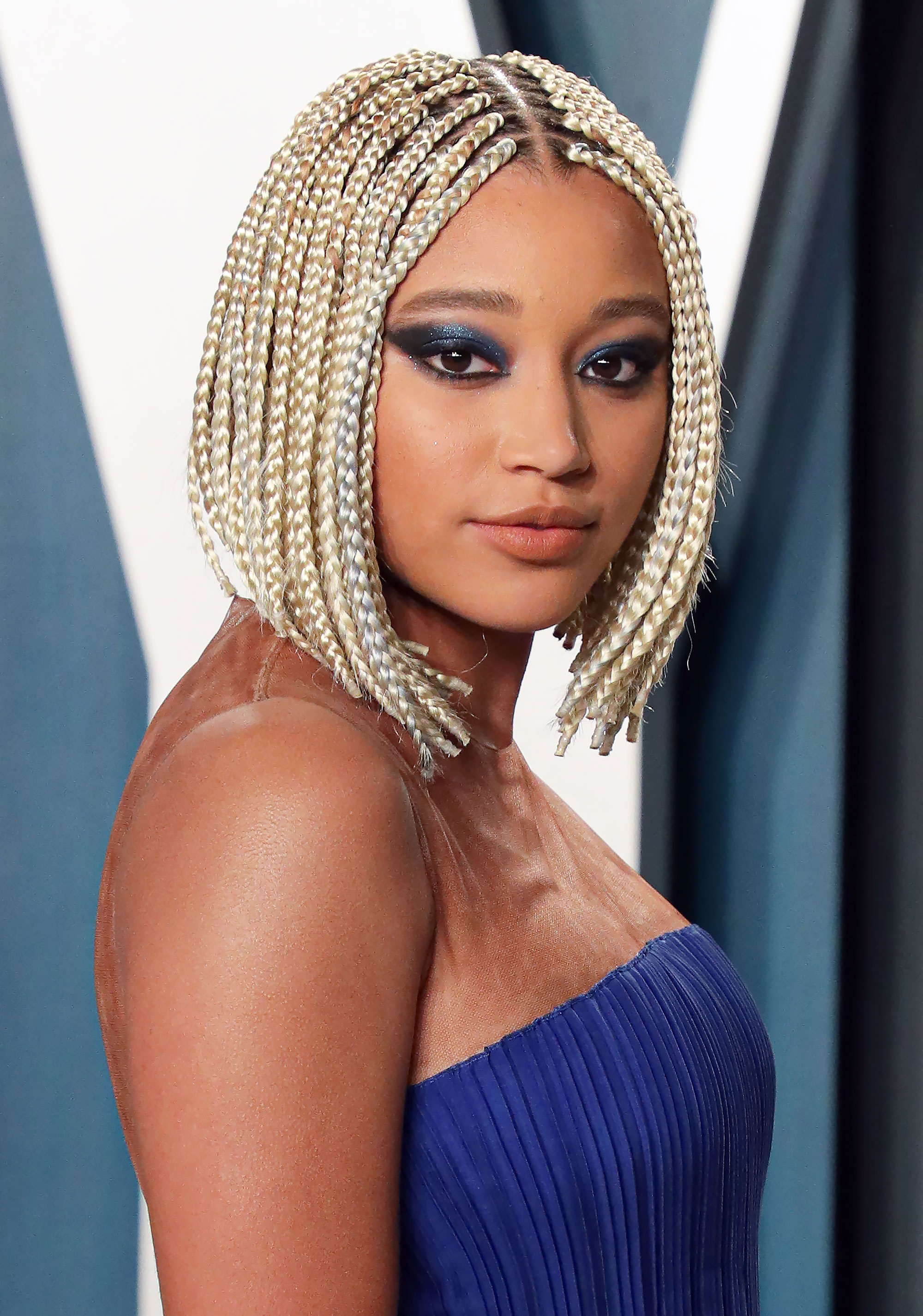 Amandla Stenberg loves TikTok! The actor is so invested in it that they bravely tried one of the platform’s buzziest beauty hacks that involves shaving one’s eyebrows.

See What JoJo Siwa Looks Like Without Her Signature Ponytail and Bow: Pics

“I just did that thing that everyone’s doing now where I shaved off the ends of my eyebrows because of a goddamn TikTok,” the Hate U Give star revealed during a Vogue beauty tutorial on Wednesday, June 24. “So I have a different eyebrow shape than usual, but honestly I’m loving it. Absolutely loving it.”

It’s likely that The Hunger Games actress is referring to the Fox Eye Challenge, a viral trend that involves shaving off the outer end of your arches to achieve lifted, straighter-looking brows similar to celebs like Bella Hadid and Kendall Jenner. The trend is so popular that the #FoxEyeChallenge hashtag on TikTok has amassed a whopping 12 million views.

As for the rest of Stenberg’s brow routine, it includes two products: Sunnies Face Lifebrow Grooming Gel and ECO Styler Professional Styling Gel. The 21-year-old starts by using the tinted gel to brush their brows up, noting that they love the brush because it’s “really fine and specific.”

The Trendy TikTok Food Guide: What Is Dalgona Coffee, Pancake Cereal and More?

After that, Stenberg uses the same hair gel used on the edges of their hair to lock their brows into place. The actor casually uses her fingers to smear a little bit onto their arches and then, using a hairbrush, demonstrates how they brushes them up to look like they just stepped off the runway.

“I already know people are gonna’ be in the comments like, ‘What the hell is she doing?’” Stenberg told viewers while laughing. “But I don’t know, I just like it.”

As it turns out, the Los Angeles native’s brow tutorial had quite the opposite effect on viewers. “Literally stared at her eyebrows like to whole time,” one fan commented. “They’re perfect.”

Another found her brow routine relatable. The viewer wrote, “When she said people are gonna be questioning why she’s brushing her eyebrows with a hairbrush, I DO THE SAME THING GIRL.”

Check out the video above to learn more about the star’s beauty routine, including her makeup and skincare must-haves, plus some box-braiding tips!