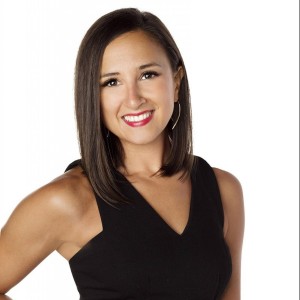 Four new additions to the show were announced on Wednesday. Karlie Kloss is taking over Heidi Klum’s former gig as host, and Christian Siriano is the new mentor, a spot formerly held by Tim Gunn. Klum and Gunn both announced in September that they would exit the show to focus on a fashion series for Amazon Prime Video.

Zac Posen also announced his exit earlier this year, with Brandon Maxwell taking his place as the designer judge. Journalist Elaine Welteroth will also join the series, while Elle editor-in-chief Nina Garcia — who has been on the show since it premiered in 2004 — is set to return.

“I know all of the people who are going to be involved with the show, and they love fashion,” Michael Kors tells PEOPLE exclusively. “These are all people who really are very, very involved in the industry and I think it’s going to be exciting.”

Kors starred as the designer judge on the first 10 seasons of the show, and he says he’s not surprised to see that it has continued on for more than a decade.

“Project Runway is the first television show to let the public in on the fashion process,” he says. “It pulls the curtain back on the fashion industry and it shows people, even if they weren’t interested in fashion, how something can get created out of nothing. People are fascinated by that.”

The new cast also marks a full-circle moment for designer Christian Siriano, who won season four in 2008, which Kors had judged.

“Well everyone I’m back and with a twist, I’m the mentor,” Siriano said on Instagram when he announced his new role in the show. “10 years later I’m excited and honored to help guide the new generation of talent.”

Kors thinks Siriano is the perfect choice: “I think it’s fabulous to see him step into the mentorship role,” says Kors.

“Christian’s been in business for 10 years,” the designer says. “I always tell everyone that 10 years in fashion is like 30 years in life, so he’s probably seen in 10 years what normal people might see in 30 years. That’s the reality of fashion.”

Maxwell, who will be following in the designer judge footsteps of Kors and Posen, also expressed his gratitude for being part of this new cast — and having a platform to help a new generation of designers — on Instagram.

“I am not a big household name, but I’m working hard to get there,” he wrote. “I am beyond thrilled to be joining a legacy show that promotes the idea that your work is what will take you far, and I hope that I will be able to impart some helpful knowledge from my sometimes fraught journey in to the successful careers of other like minded young designers like myself.”