BILLIE Faiers is the latest celeb to be announced in the Dancing On Ice line-up, leaving her sister Sam out in the cold.

The tables seem to have turned for the famous Faiers sisters, with 29-year-old Sam’s star appearing to wane. 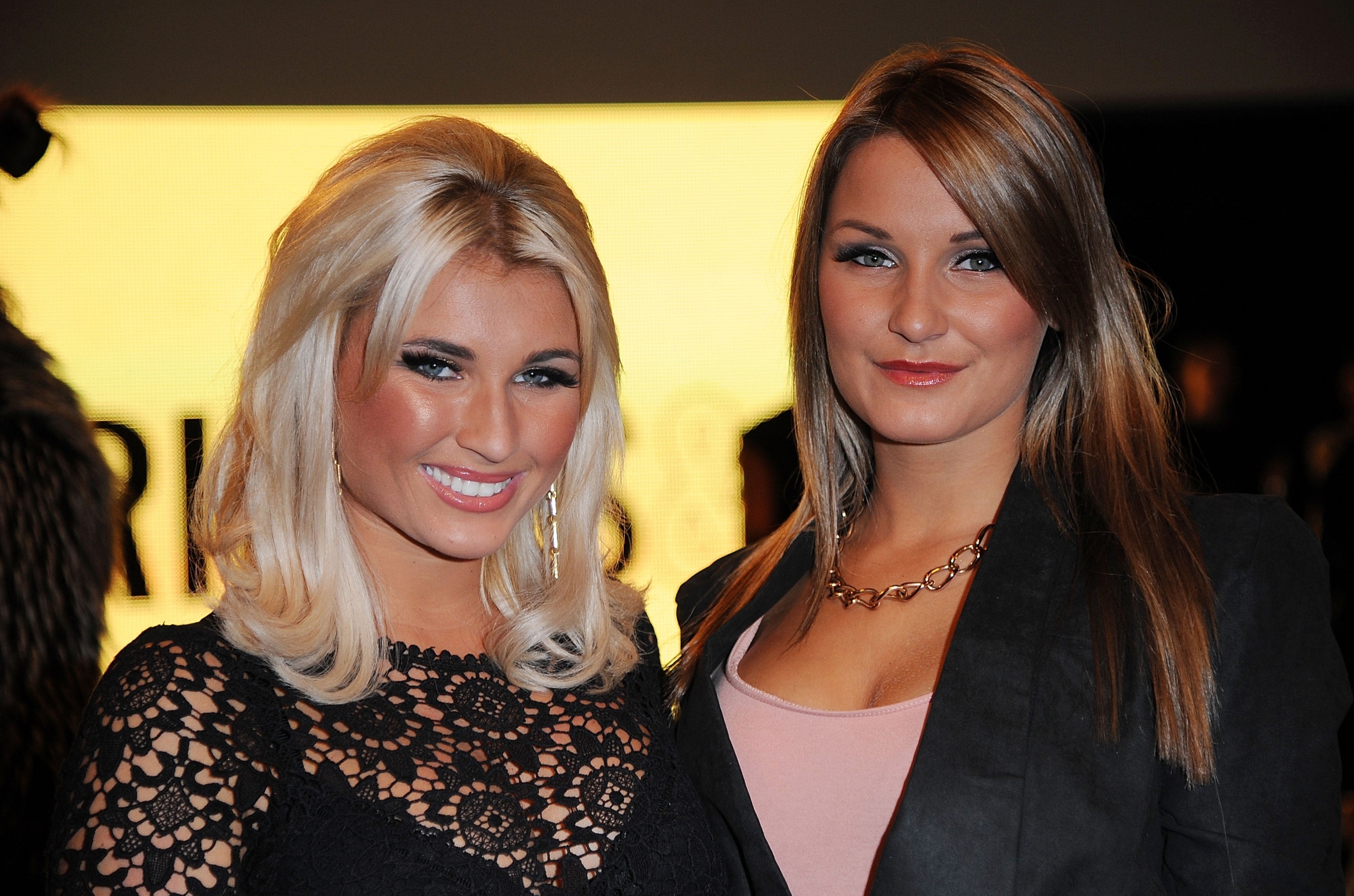 The younger of the Faiers sisters shot to stardom in 2010 when she was cast in reality show The Only Way Is Essex, appearing in the very first episode.

Big sister Billie, 30, made a brief appearance merely as ‘Samantha’s sister’, and was a step behind her sibling as she joined the cast as a regular member from the second season.

And Billie continued to appear up until the 18th series of the ITVBe show in 2016, long after original member Sam left to pursue other opportunities.

Following Sam's exit from TOWIE in 2014, she continued her TV success with stints on Celebrity Juice, Daybreak and The Real Hustle, and a regular appearance as a guest on This Morning. 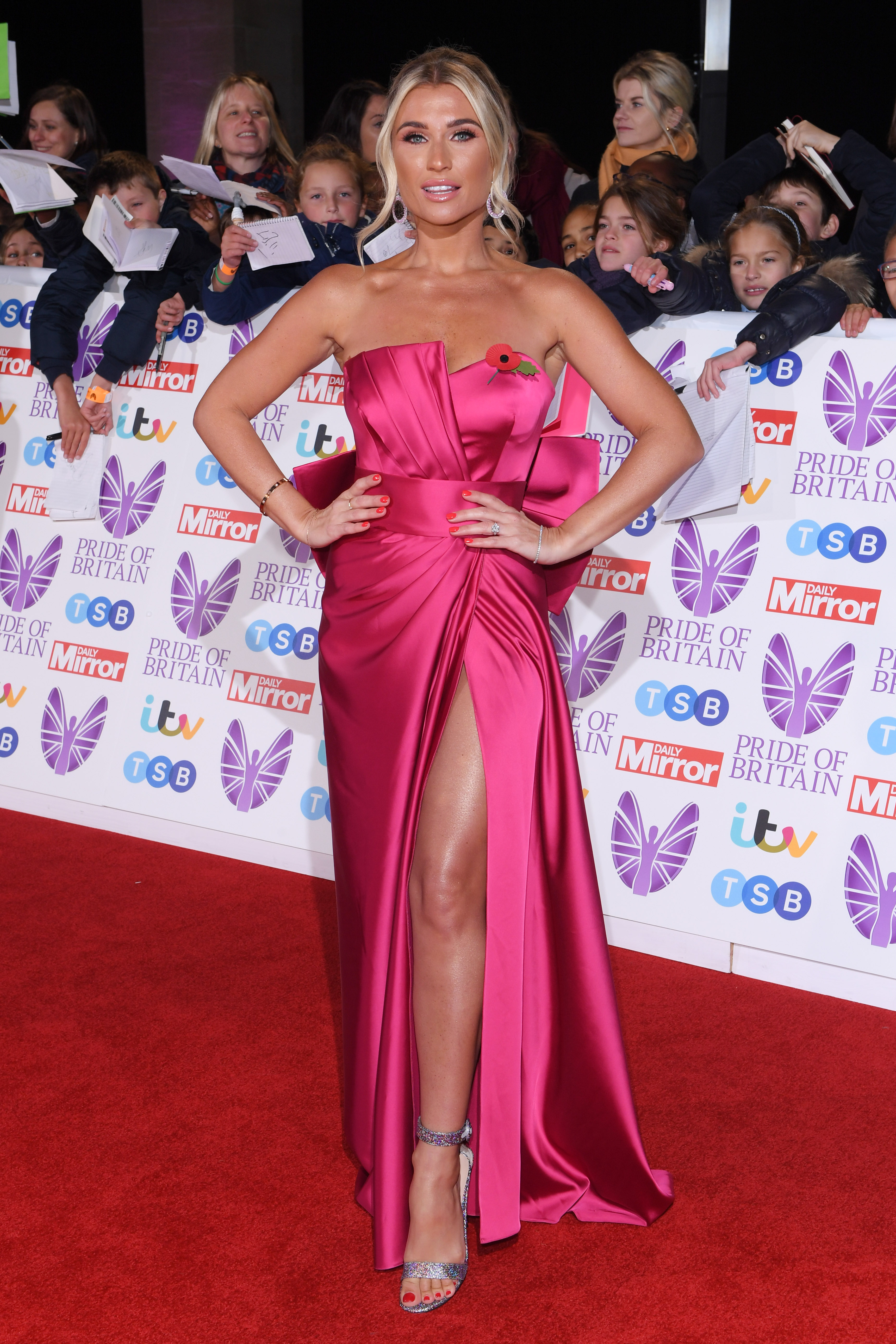 She landed her next big gig when she was signed up for the 13th series of Celebrity Big Brother in 2014, and made it to the final, finishing in fifth place.

The following year Sam gave birth to son Paul with her long-term boyfriend, Paul Knightley, and in 2016 a one-off special, Sam Faiers: The Baby Diaries, laid the groundwork for her next big TV venture.

Sam went on to star in Sam Faiers: The Mummy Diaries, and she welcomed baby Rosie with Paul in 2017.

Just like TOWIE, Billie was a step behind and followed in her little sister’s footsteps later joining the show, which was later re-branded to Sam & Billie: The Mummy Diaries in season three. 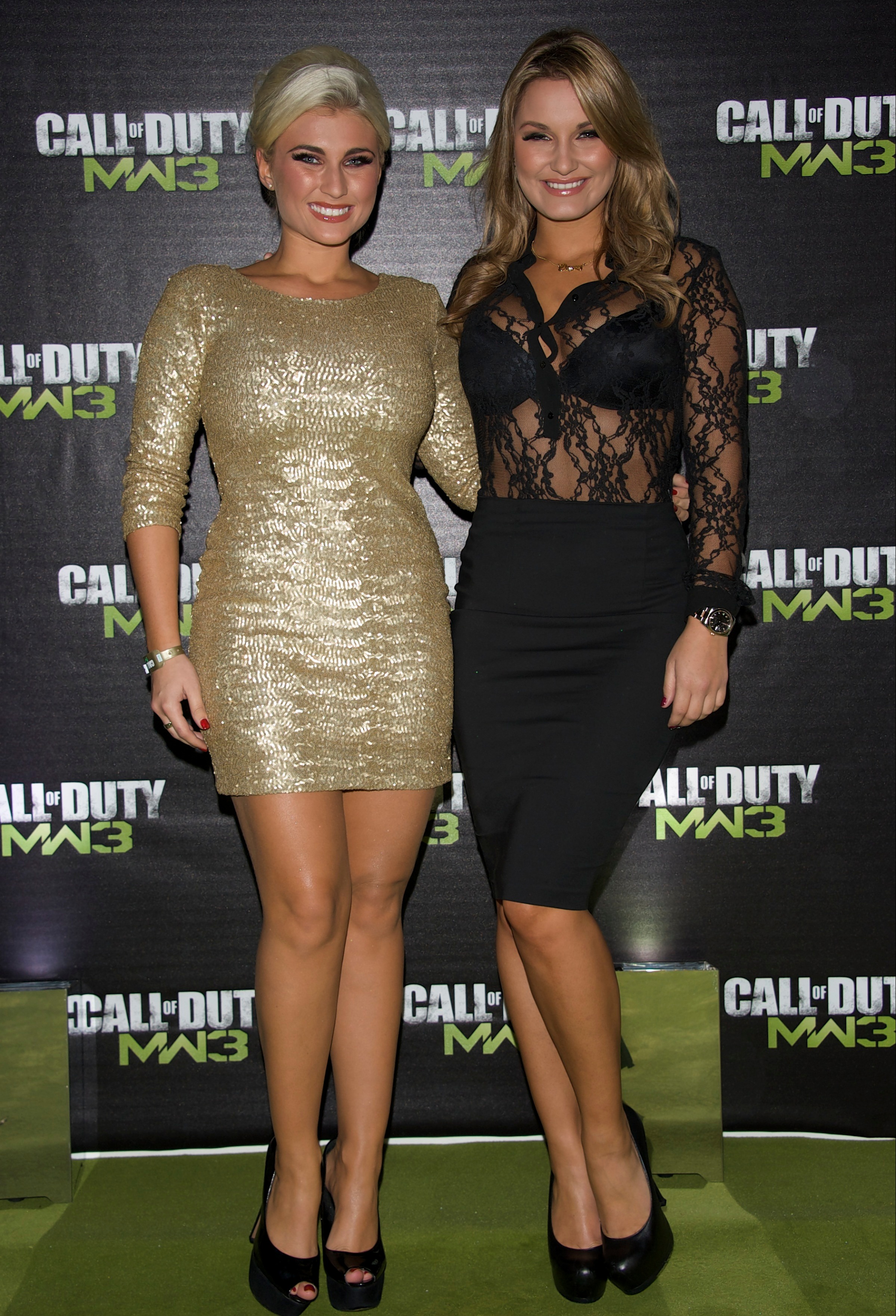 The ITVBe show now also followed Billie’s two children, Nelly, who she welcomed in 2014, and Arthur, who was born in 2017.

Billie shares her kids with broker Greg Shepherd, 33, who she met in 2011, and he proposed in 2014, with the couple tying the knot in a lavish ceremony last year.

Billie flew out 100 guests for a no-expenses-spared bash, with an A-lister guest list including the likes of Ferne McCann, with glossy snaps of her wedding making the front pages. 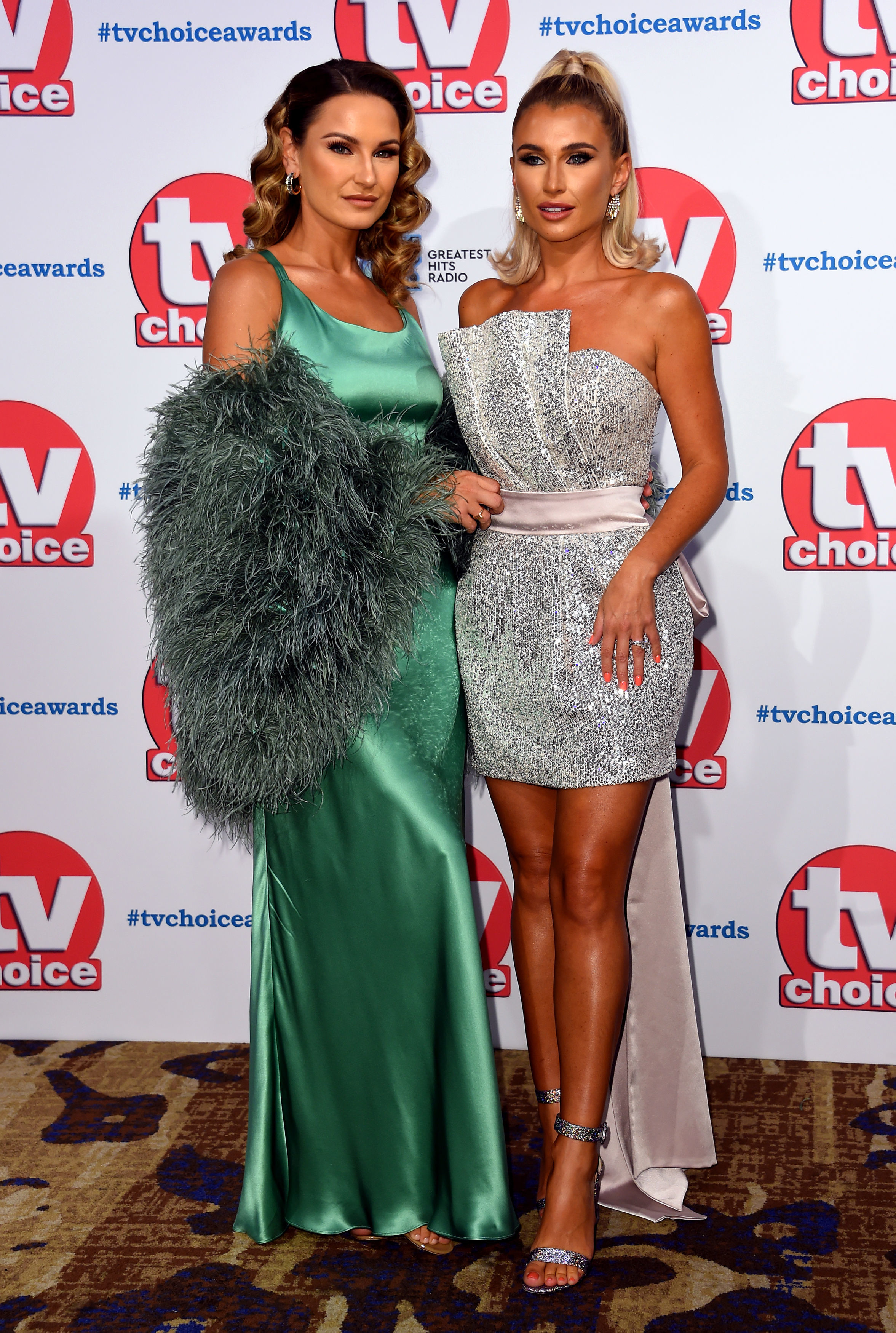 Sam now found herself in a white dress with a front-row seat to Billie’s idyllic wedding in the Maldives, while she was still waiting for a proposal from Paul.

And it seems Paul’s lack of proposal is a sore point for Sam, and an on-going storyline on The Mummy Diaries.

Sam previously grilled Paul over the touchy subject after their loved-up trip to Venice last year fuelled rumours he’d finally gotten down on one knee. 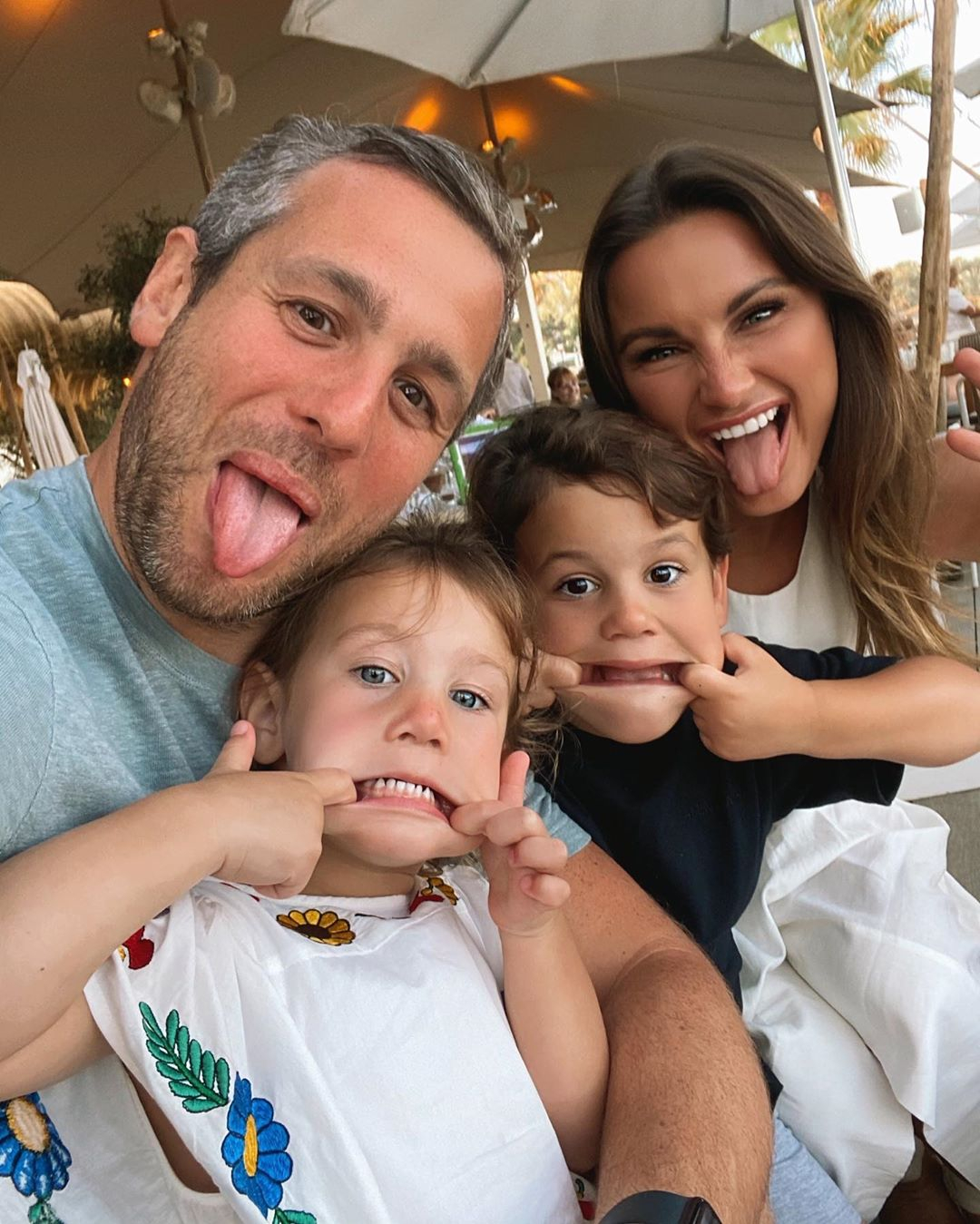 A clip from a previous show reveals Sam telling Paul all the questions she’s faced with, saying: “When are they getting married? Is she engaged?"

And even Billie teases her little sister over her lack of a ring, claiming their step-dad might get married before her.

She jokes: “At this point he could be getting married before you.” 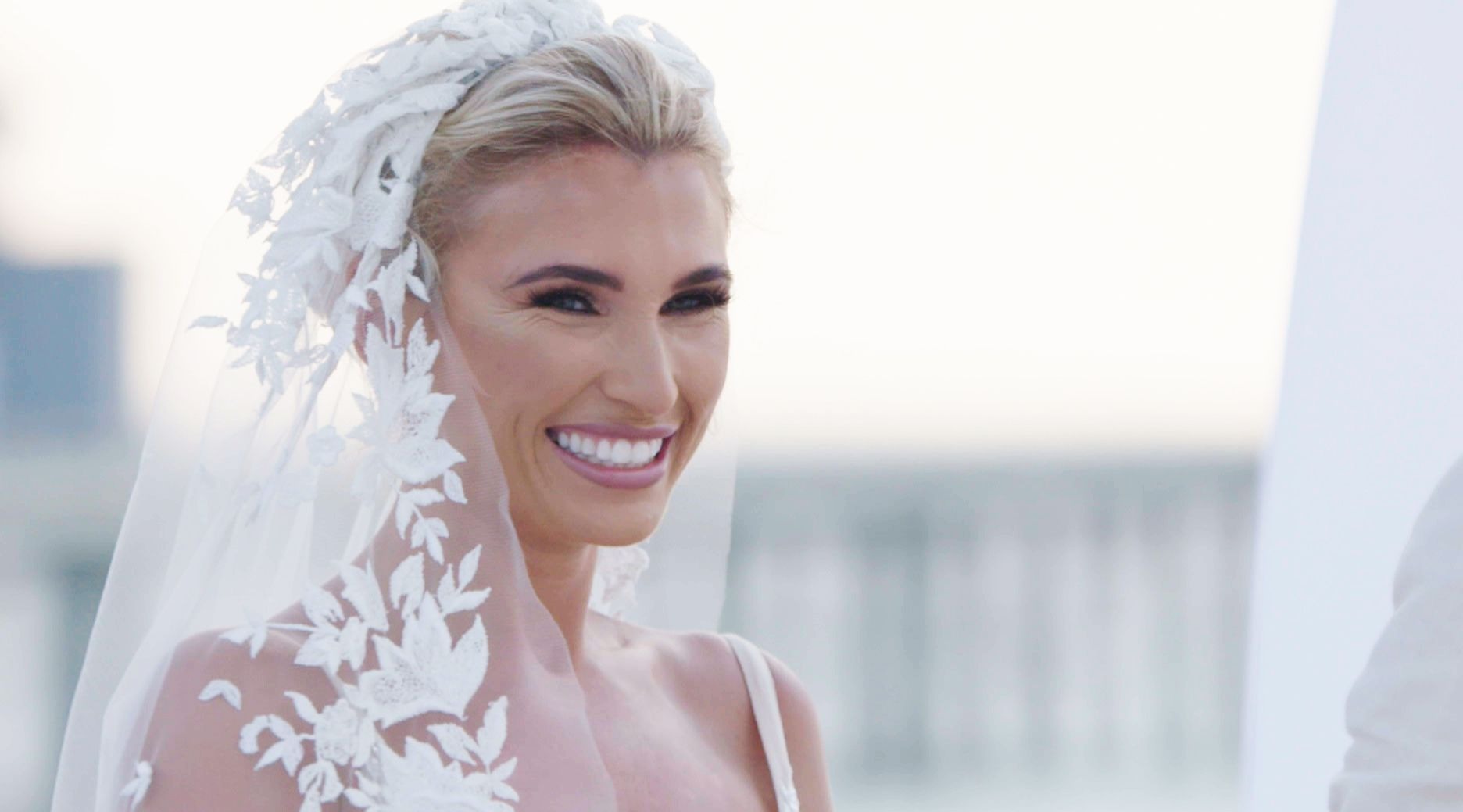 Perhaps in a bid to avoid any comparison between the two sisters, Sam has claimed she only wants a small, intimate wedding – if Paul ever proposes.

She told OK!: “I know I want quite a small wedding. I want it to be intimate, with close family and friends.

"Billie's was huge, in the Maldives, with over 100 people there.

"We were there celebrating for six days. But that is Billie and Greg and their personalities.” 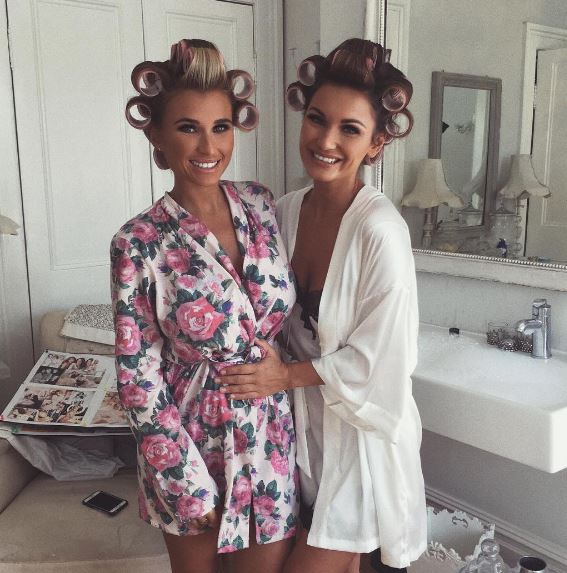 And now Billie has been unveiled as the latest contestant on Dancing On Ice as her reality TV career soars, while Sam hasn’t been able to replicate another major gig since Big Brother.

Announcing the line-up, DOI insiders made a veiled dig at Sam as they told The Sun: "Dancing on Ice bosses are excited to bring in Billie after the success of her Towie co-star Gemma Collins.

“She's set to bring fun energy to the show.” 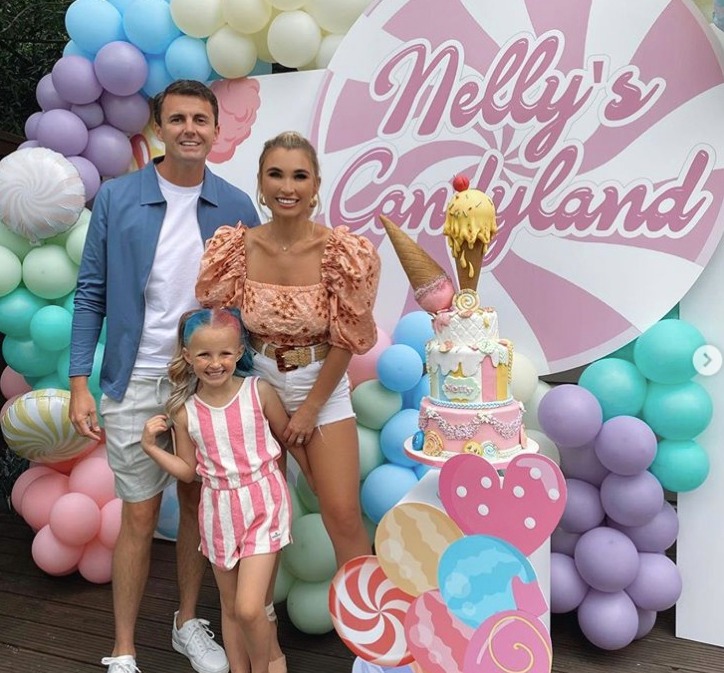 And while both sisters have signed various deals over the years, with Sam recently becoming the new face of Oreo, sister Billie’s collab with In The Style has gone from strength to strength.

Billie brought out another new swimwear collection with the brand this summer, and her launch parties are star-studded bashes with fellow reality TV stars out in force to support the range.

Fans go wild for the ‘Essex glam’ wardrobe she's famous for, with a number of the collections selling out in previous years.

Getting dressed up never felt so good! 💕☀ So so excited to let you ladies know my next @inthestyle drop launches WEDNESDAY! It is literally so beautiful, amazing prints and dressy pieces for going out for drinks or on those holidays we can finally book 🙌🏻 We shot this before COVID but delayed it until we felt the time was right and I cannot wait for you to see it all! Launches Wednesday 6pm on the @inthestyle app! 💕

Getting dressed up never felt so good! 💕☀ So so excited to let you ladies know my next @inthestyle drop launches WEDNESDAY! It is literally so beautiful, amazing prints and dressy pieces for going out for drinks or on those holidays we can finally book 🙌🏻 We shot this before COVID but delayed it until we felt the time was right and I cannot wait for you to see it all! Launches Wednesday 6pm on the @inthestyle app! 💕

Along with DOI next year, the future looks bright for Billie as she revealed she’s kick-started renovations on the lush £14million mansion she and Greg bought in Brentwood.

Billie, who’s net worth is now estimated to be £4m, told the Mail: “We're so pleased and finally got there in the end.

“They've estimated it'll take a year to complete the renovations, which is a very long time but we all know how quick time goes nowadays.

“We're living in our current home in the moment and stay here until the work is done.”

And this is everything you need to know about Billie Faiers and footballer Wayne Bridge signing up for Dancing On Ice.

Meanwhile Towie’s Georgia Kousoulou slams ex stars for ‘forgetting where they came from’ after reunion snub.

Plus this is why Sam Faiers reveals why she won’t return for Towie reunion – despite the show netting her a £9million fortune.