Home » Fashion » I got my whole face tattooed so I have permanent contour…People say it's not good for my skin, but I’m obsessed

A BEAUTY lover has gone viral after revealing she got her whole face tattooed to have permanent contour.

Those who use make-up know how time-consuming the process can sometimes get – with what feels like 3,000 different steps and products, achieving that perfect red carpet-ready face can take up to an hour for some. 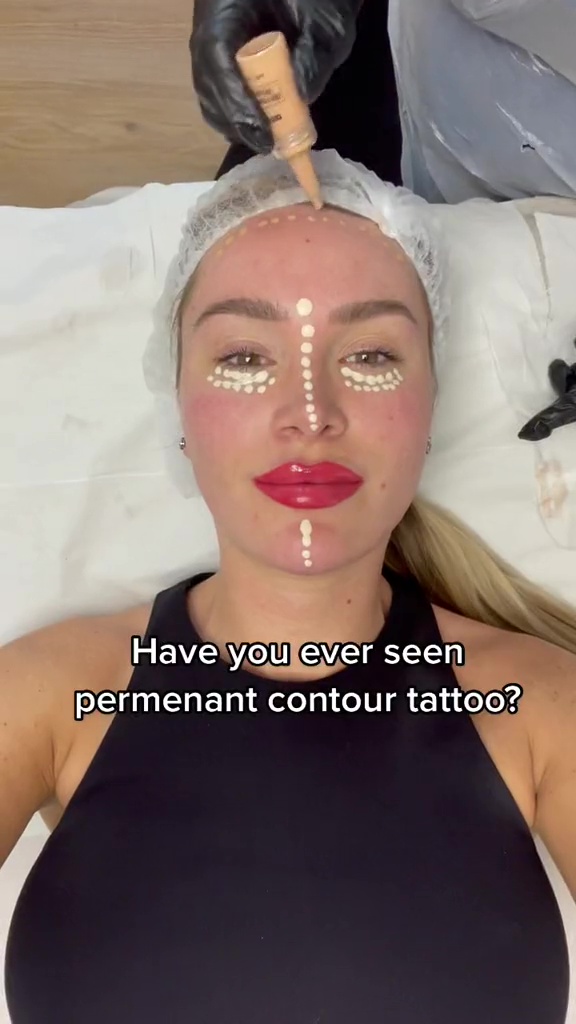 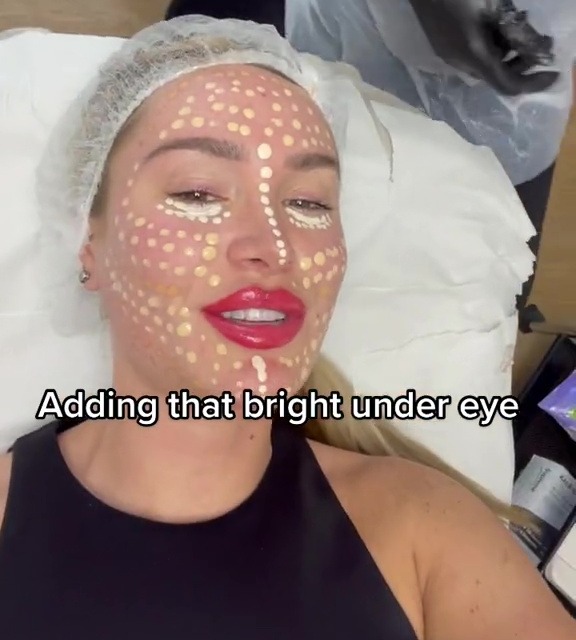 However, one TikTok user, Charlotte Payne (@charlottepaynee) has found a solution – a permanent contour tattoo.

In a clip, which has since taken the internet by storm, racking up more than 556,000 views in just two days, Charlotte, who is also the founder of Blend Hair, shared the process.

Lying down, the beauty lover was wearing a white cap to make sure her long locks don't get in the way as the artist was working on the masterpiece.

In the middle of her nose and down her chin, as well as Charlotte's under eyes, the person had applied countless smaller dots of light tone pigment. 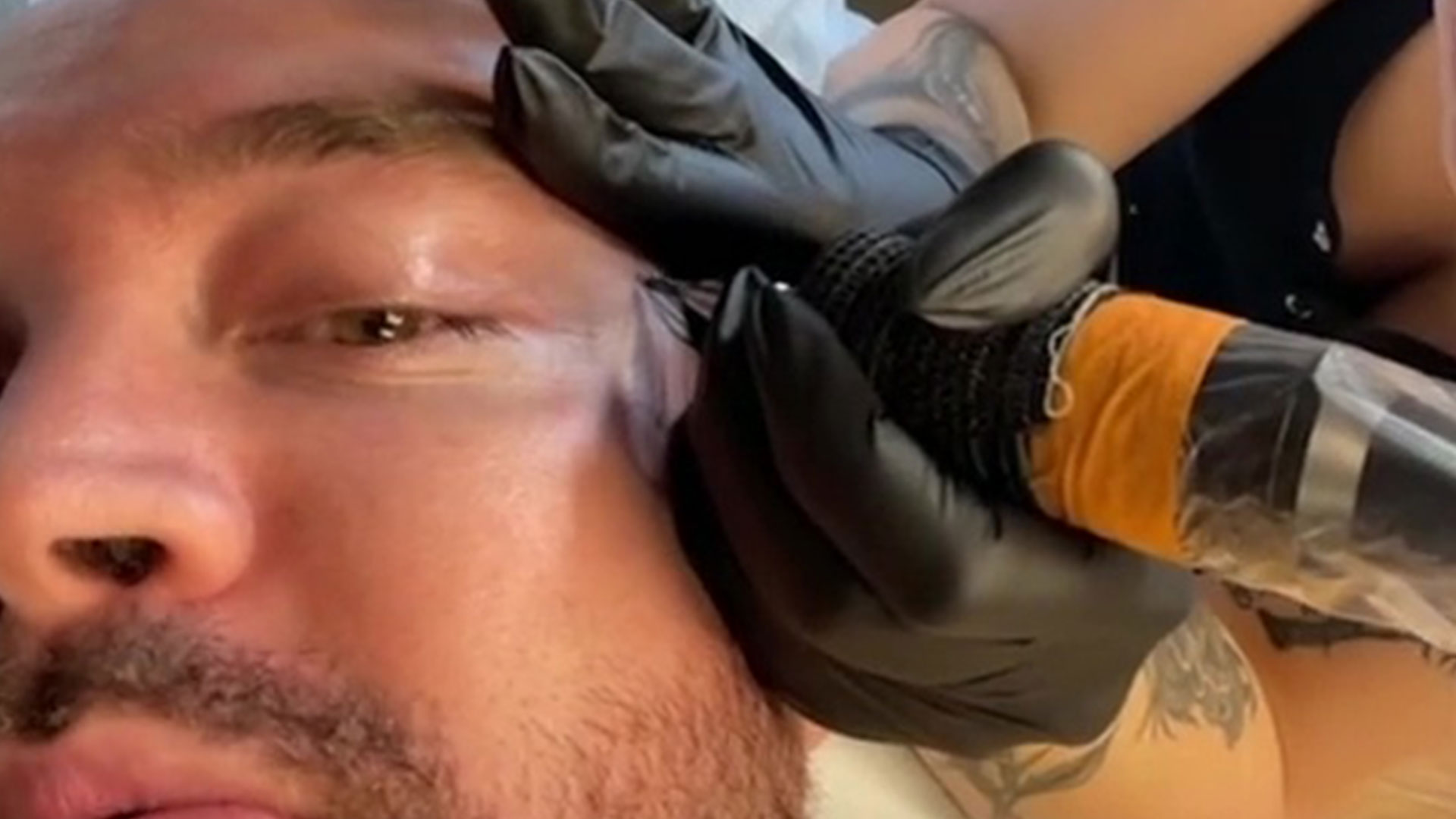 This was to give the face a more dimensional look, as well as to help with the appearance of darker under eyes.

Then, as the video demonstrated, the beauty pro grabbed a few slightly darker shades to create a more snatched appearance.

Once all the different tone dots varying from cream to light brown had been assembled together, the artist proceeded to blend the pigment into Charlotte's skin.

Although she had initially claimed at the start of the video that the contour would be permanent, Charlotte then said the results would last a maximum of six months instead.

I bought the viral Zara dress, I’ve got tiny boobs & they were spilling out

But whilst she appeared to be in love with it, viewers shared a slightly different opinion.

One person warned: ''its not good for your skin [sic]'' – a comment that's been liked by close to 650 other people.

''guys don't do this – microneedling foundation pigment like this into the skin can cause granulomas,'' a second agreed.

''Hell Noooo [sic]'' is how someone else had aptly summed up their thoughts.

Whilst one described the semi-permanent contour tattoo as a ''BB cream that's not blended'', another critic said it made her face seem ''too shiny, sweaty''.

However, despite the criticism, it wasn't all negative, as there were also plenty of those who shared Charlotte's excitement, like this TikTok user: ''And don’t listen to the haters, I’m glad you love it! Looks fabulous love.''

Charlotte has also promised to share an update revealing the healing process. 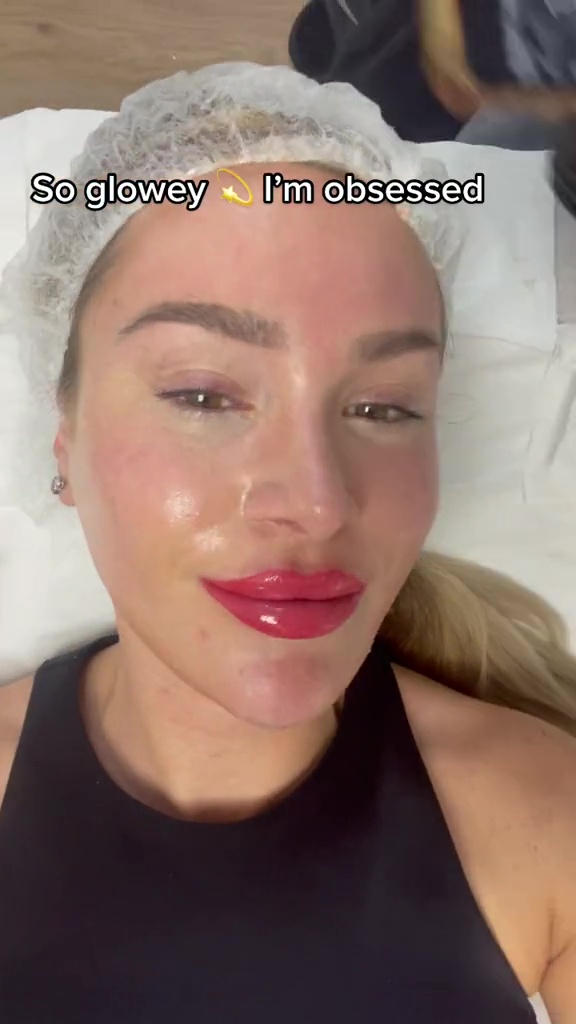