AS Heidi Loughlin fought for her own life she was forced to make an agonising decision – stop her own potentially life-saving cancer treatment or risk losing her baby.

But, for Heidi, 36, the decision was a simple one – her unborn baby's life had to come before hers. 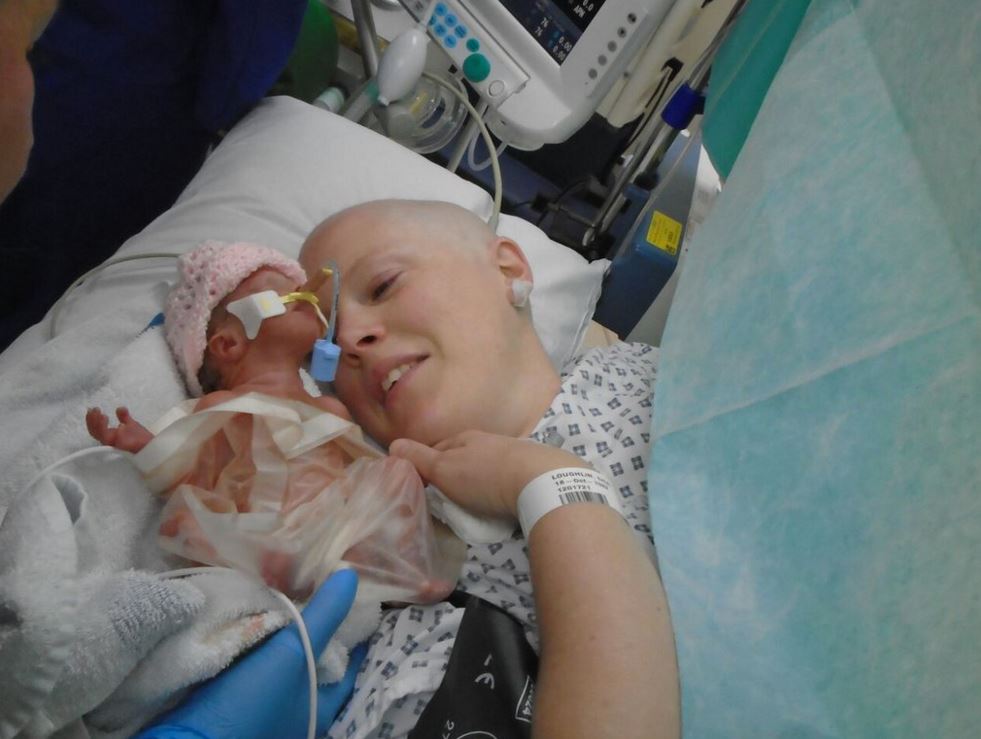 However, after making the heart-wrenching decision, Heidi's little baby girl Ally passed away – just eight days after making her appearance into the world.

Now, four years on, Heidi, from Portishead near Bristol, has shared an emotional tribute to her late daughter – on what would have been her birthday.

The ex-police officer wrote on Twitter: "Four years ago today, you were born. A huge beam of light in what was a dark time for our family.

"However, life is cruel sometimes and you lived for just eight days. 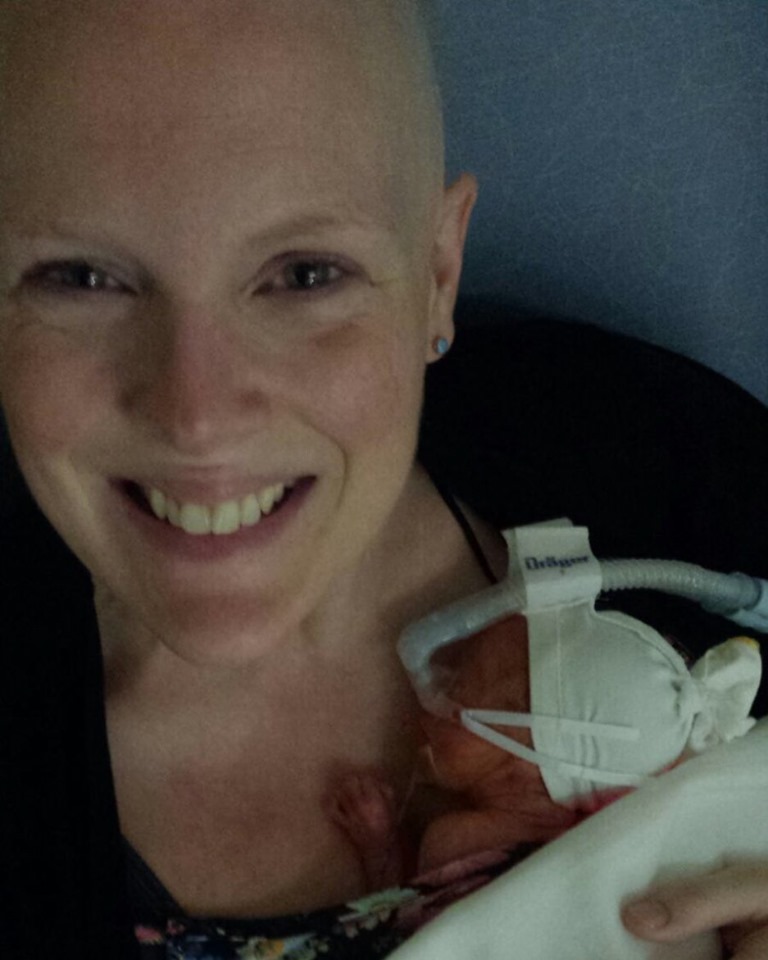 "But my darling you still lived for eight days and for that I'll always be grateful. Happy birthday to our beautiful girl Ally."

Since Ally's death, Heidi has learnt that her aggressive inflammatory breast cancer is is incurable, giving her months, hopefully years to live.

Yet, in spite of everything she has faced, the inspirational mum, who has two sons Noah and Tait, is "refusing to give cancer permission to ruin her entire life".

And she says a huge part of her strength comes from the love she has for Ally. 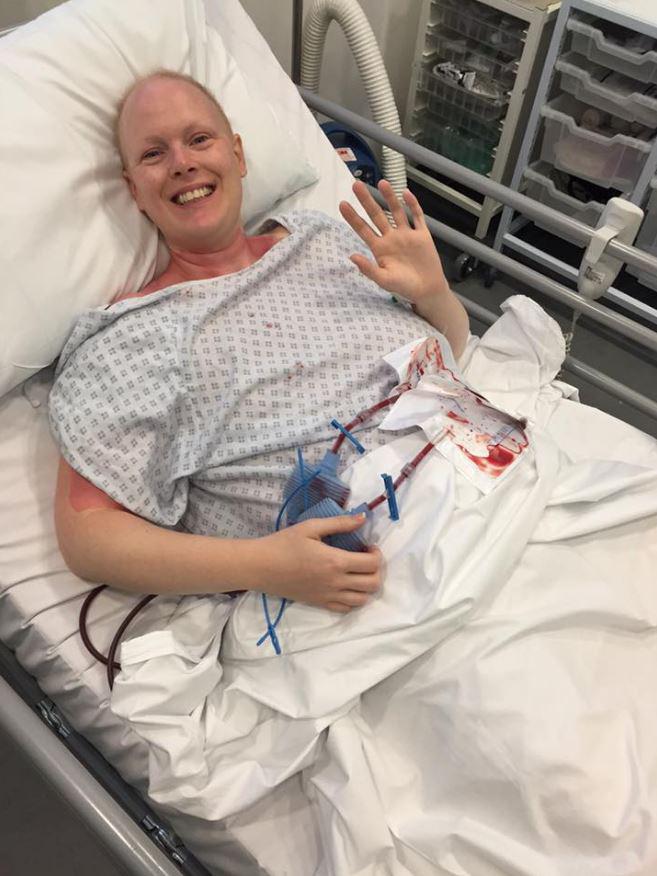 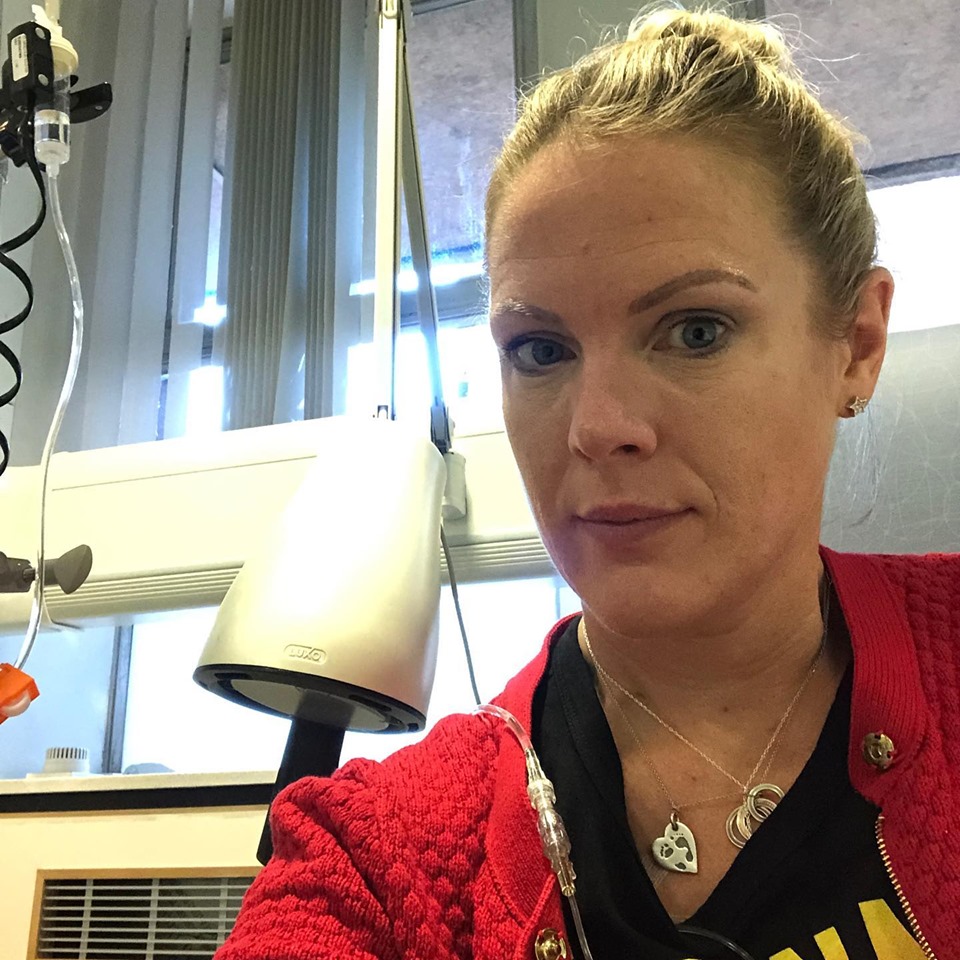 Heidi told the Mirror Online: "Ally is a huge part of our lives, whose empty space is felt every day.

"But as I continue to defy the odds of incurable inflammatory breast cancer, I know that a huge part of my strength comes from my love for her and her brothers.

"It’s what focuses my mind, makes me determined to keep going when I’m broken and to ensure that her memory is kept very much alive within our family."

As I continue to defy the odds of incurable inflammatory breast cancer, I know that a huge part of my strength comes from my love for Ally and her brothers

Heidi was diagnosed with the rare form of cancer when she was three-months into her third pregnancy in September 2015.

She had previously noticed symptoms of the disease after her second pregnancy, but it was thought to be mastitis – inflammation in the breast tissue common in breastfeeding women.

But when the symptoms continued in her third pregnancy, Heidi underwent tests and received the devastating news. 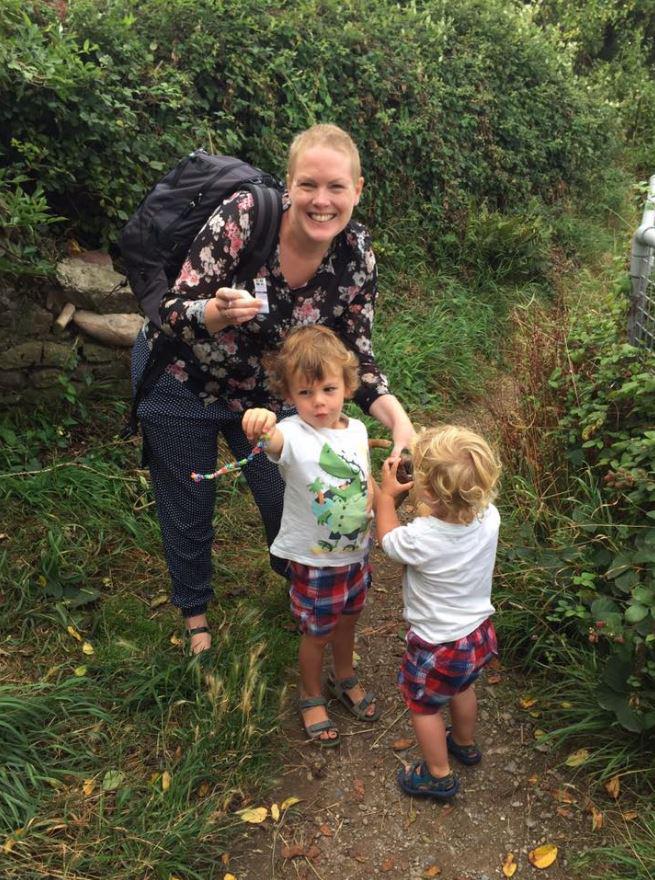 Heidi was determined to give birth to her third child, daughter Ally, despite the risk to her own life by delaying treatment.

She instead opted for a less-effective form of chemotherapy which posed no threat to their little girl.

Heidi said: “They never told me to have one [a termination] or anything like that, they just said that women in my position would seriously consider having one.

“I was told if I carried her to full-term I would die.

What is inflammatory breast cancer?

It is a rare form of cancer that affects 1 and 4 our of every 100 breast cancer sufferers.

It is called inflammatory because the breast tissue becomes inflamed.

The cancer cells block the smallest lymph channels in the breast – the channels that drain excess tissue fluid away from the body tissues and organs.

Symptoms appear quite suddenly and are often confused with an infection of the breast called mastitis.

Standard treatment for the disease is chemotherapy, but surgery and other treatment options can also be used after chemotherpy.

Women who have any of the above symptoms should see a GP right away.

“But there was no question at all about whether I was going to keep my baby, my mother instincts kicked in where you do what you need to to protect your baby.

“There was also a feeling of guilt about my two boys and ‘what if I am not here for them’ and I just thought ‘how do I say goodbye to my children’ it was absolutely horrific.

“But I knew I couldn’t live with that feeling of letting her go.” 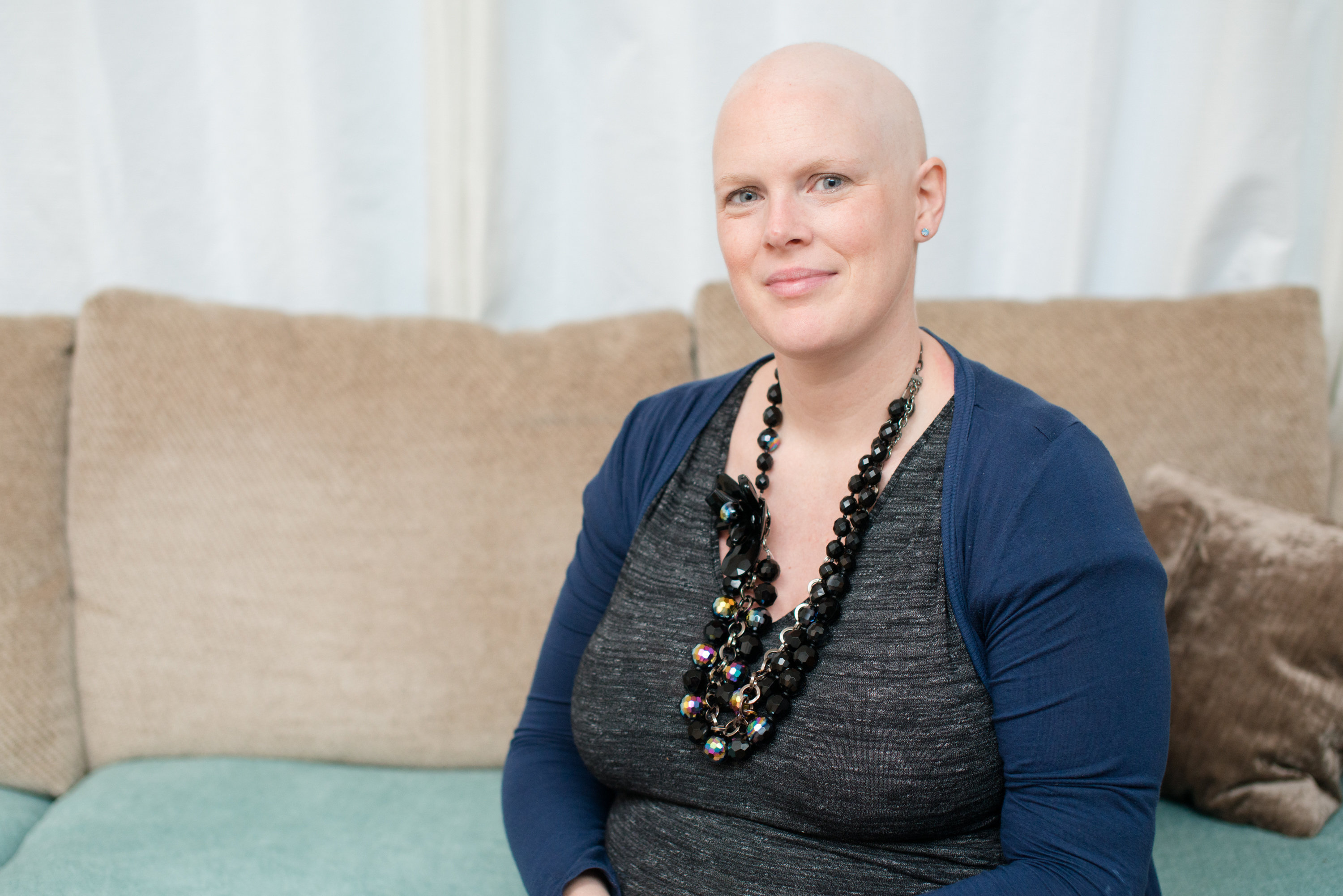 But the little girl suffered two bleeds on either side of her brain due to an infection at five-days-old.

Heidi is now on three weekly chemotherapy sessions for life – with the survival rate of her condition being just two to five years.

Since her diagnosis and losing Ally, Heidi has remained positive and used her story to raise awareness of her disease. 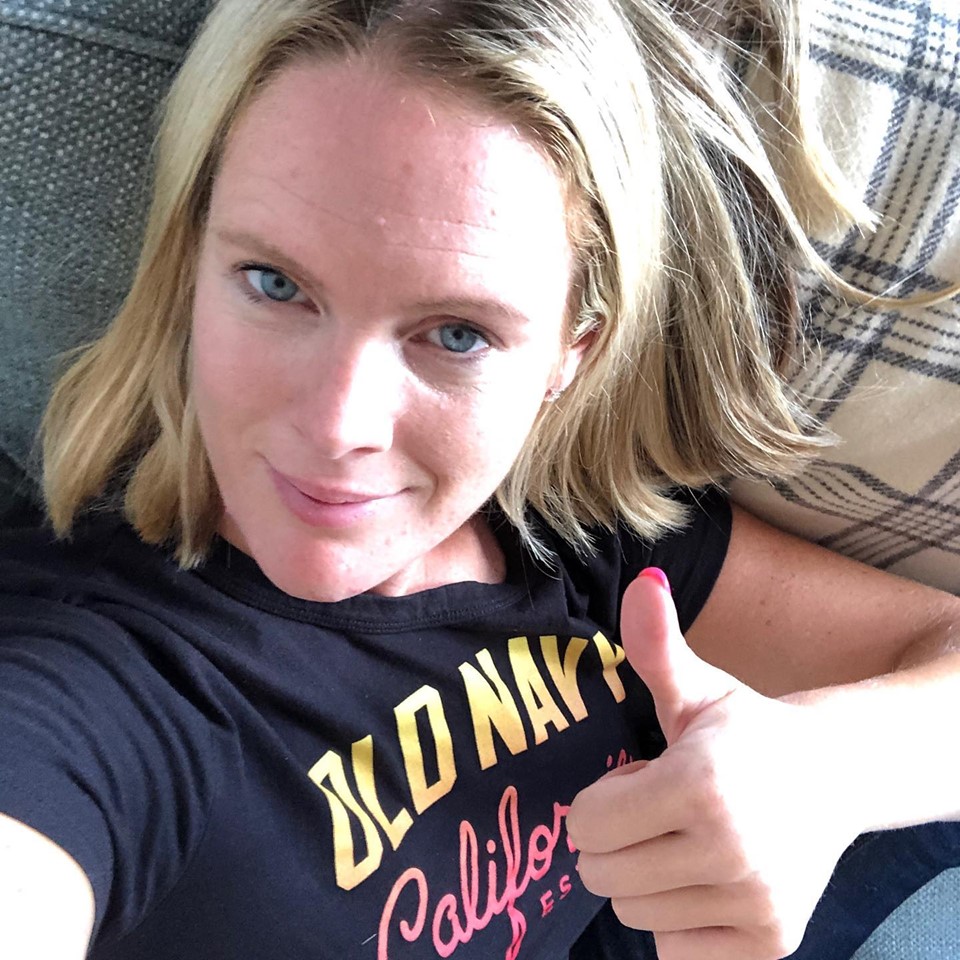 She does so through her blog, Storm in a Tit Cup, and has also appeared on TLC show My Extraordinary Pregnancy, which followed her and her family through their devastating journey.

Her blog has also won awards, honouring Heidi as best writer at the Mum and Dad Blog Awards.