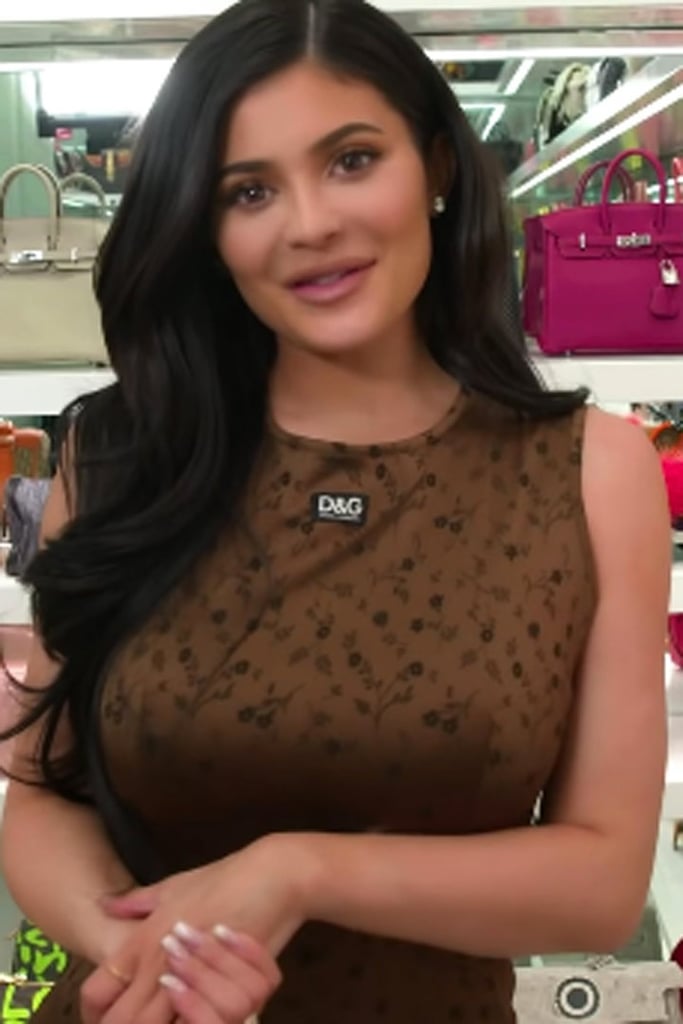 If there’s one thing Kylie Jenner and I have in common, it’s our love of handbags. My first designer handbag was a Chanel Large Classic With Grained Calf Skin and Gold-Tone Metal — it took me months to save up, and when I finally took the plunge, I cried! Since then, my collection has grown, but it will never be anything compared to Kylie’s massive purse closet. The 21-year-old beauty mogul has given fans sneak peeks of her slice of heaven on Instagram and Snapchat, but she finally gave a full look at the entire room. In a video posted to her YouTube channel, Kylie showed off handbags from designers like Fendi, Louis Vuitton, Dior, Chanel, Prada, and her favorite, Hermès.

“My favorite row would definitely have to be the Hermès row,” she said. “I’ve been collecting these bags for a minute; they are also a great investment.”

Kylie revealed she already knows Stormi’s first bag will be a gorgeous bright pink Hermès Kelly Mini, which older sister Kourtney Kardashian gave her for Christmas. “This one I’m definitely going to let Stormi wear, probably when she says, ‘Mommy, I want to carry a purse,'” she said. “So, this is probably going to be her first purse.”

Another bag that she’s passing down to her daughter is a Louis Vuitton Nano Speedy ($1,100), which her mom, Kris Jenner, gave to her a long time ago. “My mom gave these to me and Kendall when we were like super babies, so I’m definitely going to give this to Stormi,” she said.

Keep reading to get a closer look at her handbags and watch the full video to see which handbag Kylie would save out of all of them.