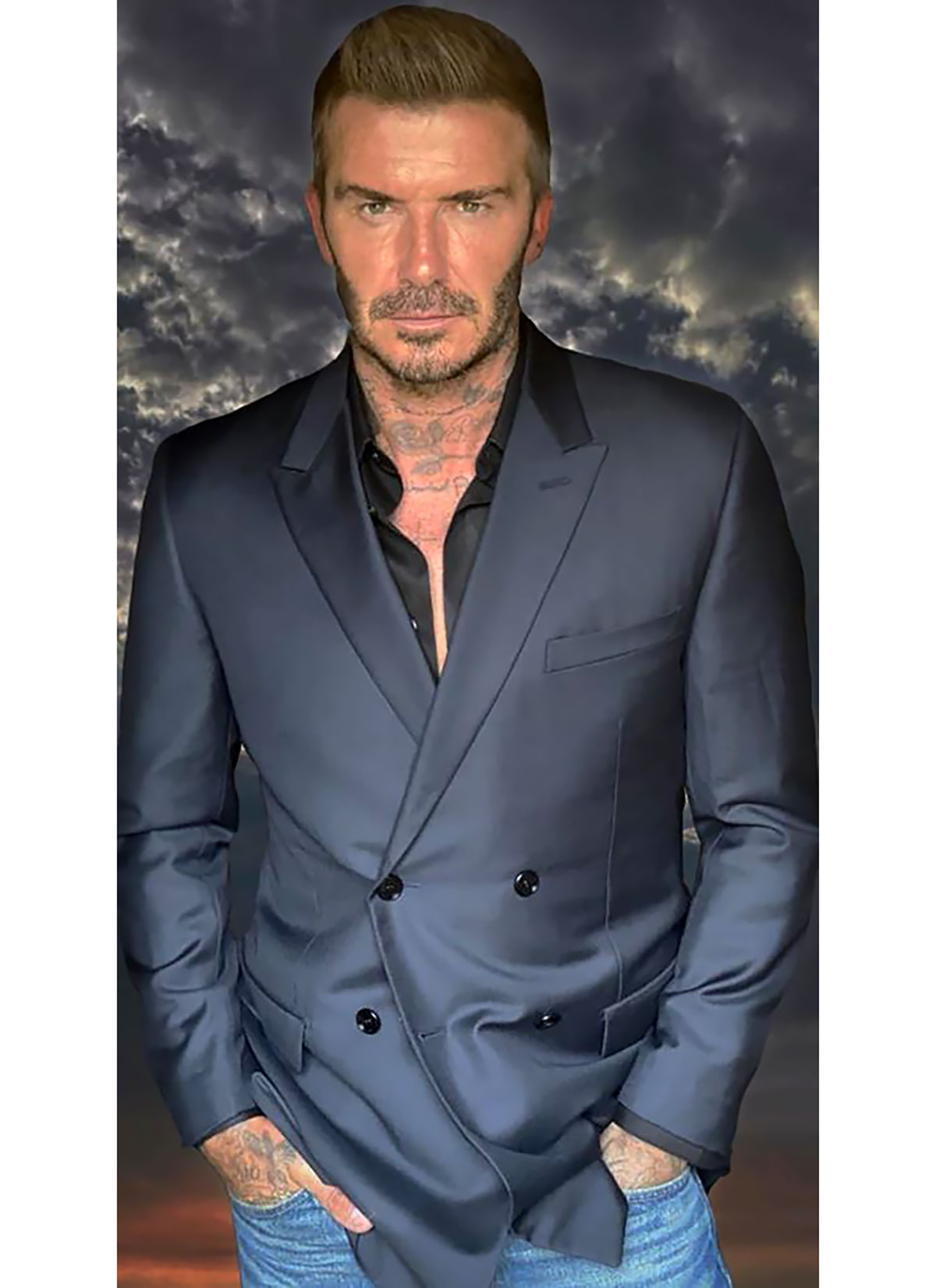 What a throwback! David Beckham recreated his sexy Coty fragrance campaign image from 2005 with a little help from his son, Brooklyn.

On Wednesday, August 12, the 45-year-old athlete took to Instagram to share a side-by-side of his portrait then and now. The original pic was photographed by the iconic Annie Leibovitz for an Instinct by Coty fragrance photoshoot 15 years ago, while the new image was taken by his 21-year-old son.

“Same look, few more grey hairs 15 years on,” he wrote in the accompanying caption. “Having some fun with @BrooklynBeckham recreating this shot from 15 years ago by the legendary @annieleibovitz.”

In both shots, the British stud smolders with his hands in his jeans pocket and his dark blazer buttoned only once. But what really gets Us is the nearly identical stormy green screen background.

We aren’t the only fans of this epic post. Beckham’s wife Victoria shared in the enthusiasm. “This is the best post I have ever seen,” she wrote in the comments. “It is EVERYTHING.”

Other fans fled to the comments to praise his forever good looks. “Still the hottest man on earth,” one person wrote. “Better than ever,” commented someone else.

Another user pointed out what we also couldn’t help but notice: his tattoos. “And a few more tattoos,” they wrote. No kidding! In the first shot, his body art is essentially non-existent. Meanwhile in the second, you can’t help but stare at his bare chest covered in an impressive collection.

Beckham has pretty much always been a total heartthrob. In 2015, he was named People’s Sexiest Man Alive. However, he’s never really indulged in that title. “I never feel that I’m an attractive, sexy person,” he said upon receiving the honor. But with pics like these, how could he not?!